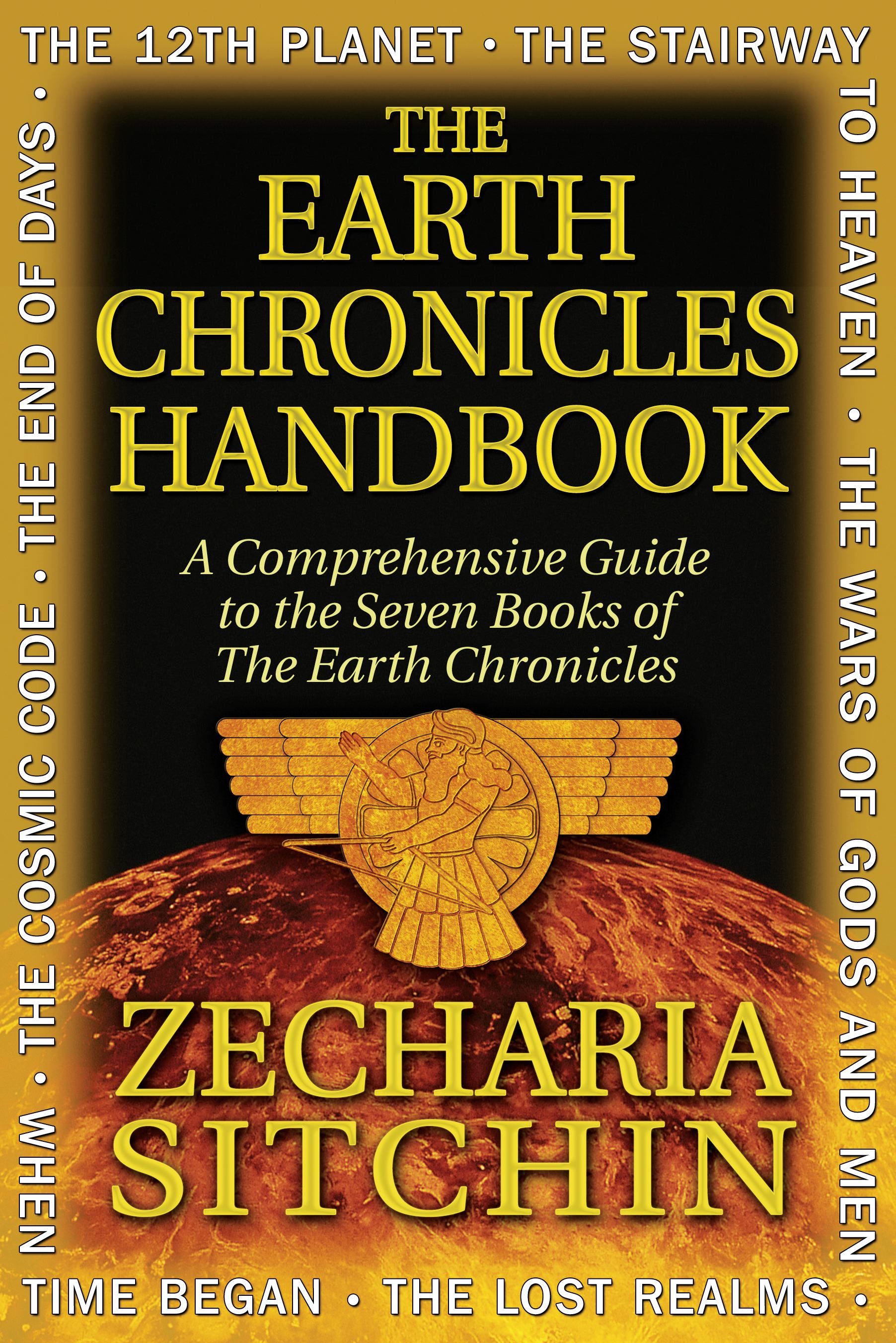 A Comprehensive Guide to the Seven Books of The Earth Chronicles

• Provides alphabetical listings to the terminology of ancient civilizations concerning their gods, kings, cultures, and religions

• Contains detailed summations, commentaries, and instructions for locating topics within all the author’s books

The Earth Chronicles series, a historical and archaeological adventure into the origins of mankind and planet Earth, began with the publication of the bestselling The 12th Planet. The series is based on the premise that the myths from the world’s earliest civilizations were in fact recollections of actual events and that the gods of ancient peoples were visitors to Earth from another planet--the Anunnaki, inhabitants of the 12th planet. The series’ books include The 12th Planet, The Stairway to Heaven, The Wars of Gods and Men, The Lost Realms, When Time Began, The Cosmic Code, and The End of Days, all products of the author’s unmatched study of the ancient records of Sumer, Babylonia, Assyria, Israel, and Egypt and the civilizations of pre-Columbian America. Unearthing the hidden history of Earth and mankind, the series uses the past to unveil the meaning of the prophesied future.

Zecharia Sitchin has created an encyclopedic compendium of the key figures, sites, concepts, and beliefs to provide a unique navigational tool through this entire opus. Entries are coded to indicate at a glance their cultural origin and contain summations, commentaries, and guidance for locating the topics within all of his books, including Genesis Revisited, Divine Encounters, The Lost Book of Enki, The Earth Chronicles Expeditions, and Journeys to the Mythical Past.

Wisdom hath built her house;
She hath hewn out her seven pillars.
Proverbs 9:1

The seven books that comprise The Earth Chronicles began neither as a preconceived series nor even as a book. As an oak tree with seven branches, its acorn seed was a schoolboy’s query why a word in the Hebrew Bible--Nefilim--that derives from the verb meaning To Fall, To Come Down, was translated ‘Giants’. The schoolboy was I; the word is in Genesis chapter 6; the search for an explanation lasted a lifetime; the answer required--as the Bible itself does--going back to the Beginning.

The quest for the biblical Beginning opened a Pandora’s Box filled with countless more questions. Why does the Bible describe the Nefilim as “sons of the gods” who chose wives from among the “daughters of the Adam”? Who were the Elohim who had fashioned the Adam in their image? Was there a Garden of Eden, and if yes, where and what was it? Was there a Deluge, was there a Noah, and if yes, who was he? How didMankind learn how the Heavens, the Earth, and Man himself had been created? What scientific knowledge had existed in antiquity--indeed, how did Civilization itself begin? Was there a kingdom in a land called (in the Bible) Shine’ar that preceded ancient Babylon, Assyria, Egypt? And how did other civilizations arise around the world with uncanny similarities to the olden ones?

Unavoidably, the quest spread from Bible to archaeology. There was indeed a Cradle of Civilization in the ancient Near East; its monuments, artifacts, and written records unfolded a vivid history of lands and peoples whose tales of gods of heaven and Earth led through mythology to religion, from astronomy to genetics. Before long, what began as a simple question mushroomed to embrace virtually every scholarly discipline, ranging from the depths of Earth to the Solar System and Outer Space, from the Past to the Future, from the Beginning to the End of Days.

As one book followed another, spanning the continents, diverse cultures and even different religions, it became evident that these were all branches of the same one tree. A Global Theory emerged, and the tales of gods and men were rendered in my books as a unified history of Earth and Mankind. The pantheons of Greece and Rome, of Aztecs and Hindus are identified as those of Sumer and Babylon; the Mayan and Olmec calendars are compared to those of Assyria and Egypt; Inca tales of creation or a day the sun stood still echo the Hebrew Bible; pyramids and massive stone circles in varied lands reveal a basic kinship. It all makes sense because it explains the otherwise inexplicable, by my unique assertion that there is one more planet in our solar system which periodically nears our vicinity, whose astronauts had come to Earth, fashioned Mankind, were its gods, and when they left promised to return.

The result of decades of research, study, and writing is thus daunting in its scope. The seven books of The Earth Chronicles total more than 2,300 pages; and I have often been asked by readers: How does one ‘keep a handle’ on all that mass of information? Guided by readers’ queries, this Handbook is the answer; alphabetically arranged, its hundreds of entries provide the relevant data about gods and demigods, kings and kingdoms, patriarchs and priests, archaeological sites and mythical places. Entries indicate links to related entries, and--when appropriate--add the particular or innovative ‘take’ of “ZS” on the subject. By applying a Uniform Answer to the diverse civilizations and periods, this Handbook serves as the first attempt ever to globalize ancient knowledge.

This Uniform Answer has stood the test of time: Every discovery, every technological advance, that have taken place in the past decades have invariably corroborated, without fail, the ancient evidence that others ignore or dismiss as Myth but that I consider Truth. In a way--in a significant way--the seven volumes of The Earth Chronicles have emerged as a depository of global Ancient Knowledge, the precious treasure that the Bible calls Wisdom.

They are, in a way, the Seven Pillars of Ancient Wisdom.

"You can't know where you are going without knowing where you've come from--if you disagree, then just look at the news to see what I'm talking about. Zecharia Sitchin's universal field theory of humanity could, and for his millions of readers it has, in and of itself, started the peoples of the world on the road to unity. Reading his work explains so much, it makes sense, it feels right, you name it. And it's very entertaining because the story of mankind's creation is the most interesting story in history, no?"

" . . . invaluable for keeping the reader on top of the mass of information contained in Sitchin's books. If you haven't yet ventured into the Chronicles, here's your launching pad."

"For anyone just getting started on Zecharia's work, I suggest reading 12th Planet and Genesis Revisited and keeping this handbook close. For those interested in facts, this is a must for getting to the bottom of our human history."

" . . . a 'must' for collections already owning most of [Sitchin's] treatises. New Age libraries will find it a powerful conclusion."

"Fans of Sitchin will greatly appreciate this condensation of information; those unfamiliar with his work may discover ideas of interest to explore further. . . Open this book anywhere and begin to dream."

". . . serves as a handy reference book for anyone interested in the study of ancient man and his mythologies and religions. . . . an essential addition to your Ufological library."

A Comprehensive Guide to the Seven Books of The Earth Chronicles