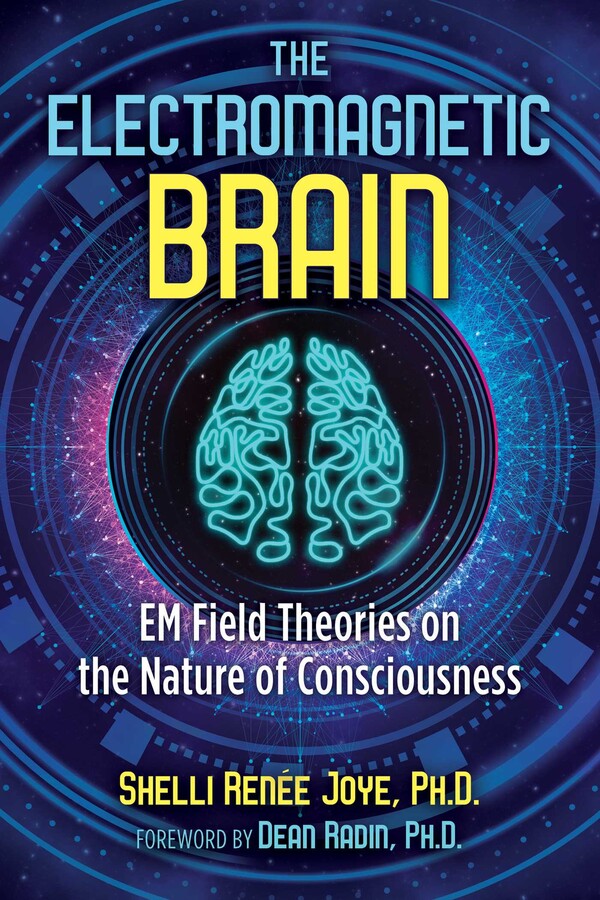 EM Field Theories on the Nature of Consciousness

• Details, in nontechnical terms, 12 credible theories, each published by prominent professionals with extensive scientific credentials, that describe how electromagnetic fields may be the basis for consciousness

• Examines practical applications of electromagnetic-consciousness theory, including the use of contemporary brain stimulation devices to modify and enhance consciousness

In this scientific exploration of the origin of consciousness, Shelli Renée Joye, Ph.D., explores 12 credible theories, each published by prominent professionals with extensive scientific credentials, that describe how electricity in the form of electromagnetic fields is the living consciousness that runs through the brain. Each of these theories supports the idea that the electromagnetic field itself is the basis of consciousness and that this source of consciousness peers out into the space-time universe through our human sensory systems, flowing with awareness throughout the bloodstream and nervous system. Following her exploration of electromagnetic-consciousness theories, Joye then examines practical applications, describing how electric fields might be manipulated and controlled to modify and enhance the operation of consciousness in the human brain. She explores the use of contemporary brain stimulation devices that offer benefits such as decreased addiction cravings and anxiety, reduced depression and chronic pain, enhanced mathematical abilities, accelerated learning, and greater insight during mindfulness meditation.

Revealing the cutting edge of consciousness studies, Joye shows that consciousness is not an isolated function of the individual brain but is connected to the larger electromagnetic field that not only encompasses the entire physical universe but also is deeply involved in the creation of matter and the material world.

Shelli Renée Joye, Ph.D., attended Rice University on a physics scholarship and graduated with a degree in Electrical Engineering. After graduation, she worked with John Lilly on interspecies communication and pursued contemplative practice with Chögyam Trungpa Rinpoche. She completed her doctorate in Philosophy, Cosmology, and Consciousness at the California Institute of Integral Studies. The author of several books, including Tuning the Mind, she lives in Viola, California.

EM Field Theories on the Nature of Consciousness