The remarkable account of an extraordinary family of explorers who spurred innovation and accomplished incredible feats—even when the popular consensus was against them.

On May 27, 1931, Auguste Piccard became the first human to enter the stratosphere, flying an experimental balloon he invented himself. Thirty years later, his son Jacques went to the bottom of the earth, descending to the Mariana Trench in a submarine built by him and Auguste. To this day, no one has gone deeper. Bertrand, the third generation, was the first person to fly around the world non-stop in a balloon. Now, he’s building his own craft: a solar-powered plane to circumnavigate the globe.

In The Explorer Gene, Tom Cheshire asks how three generations of one family achieved such extraordinary feats, often with the consensus against them. None of the Piccards set out to explore: Auguste was a physicist, Jacques an economist and Bertrand a psychiatrist. Was it fate, a famous family name – or their explorer gene?

The Explorer Gene Prisoners of the Stratosphere
Auguste Piccard was ten miles high, the first human to enter the stratosphere, in a balloon he had designed and built himself. Writing calculations in his notebook, he was working out whether he would return to earth alive.

Some hours earlier, and a few minutes after take-off from Augsburg at 3.53 on the morning of May 27, 1931, Piccard had heard a whistling sound. An electrical insulator had broken off and the pressurised cabin – the very first of its kind – was leaking air. His assistant Paul Kipfer, with an eye on the pressure gauges, had reported to Piccard: “We are at two and a half miles and there is still an equal pressure inside and outside the cabin.” Piccard, dismayed to find the airtight aluminium cabin he had designed was nearly as leaky as a traditional wicker basket, set about patching the hole with a mixture of tow and Vaseline, along with sticking tape, so as to avoid suffocation. Little by little, the whistling grew feebler, until the pair had never been so glad of silence. Piccard had brought a reserve of liquid oxygen. He poured it onto the floor and it evaporated into breathable gas. The problem was solved, for now.

Piccard could observe the stratosphere for the first time in human history: “The beauty of the sky is the most poignant we have seen,” he wrote in the logbook, in a neat and tightly packed hand. “It is sombre, dark blue or violet, almost black.” But he didn’t have long to reflect; Kipfer and Piccard soon made “a very unpleasant discovery”. The valve to release hydrogen from the balloon was broken; the rope which controlled it had tangled with a supplementary rope tied on at the moment of departure. If the gas could not escape, the balloon could not descend; it would do so only when the sun grew weaker and the gas within the envelope cooled. Piccard decided to pack up his scientific instruments in case the balloon, as it drew itself out under the sun’s rays, pulled open the valve of its own accord and crashed. The two scientists tried again to open the valve, turning the winch using a crank inside the cabin. The cable broke clean off, definitely ending any hope of bringing down the balloon under control. At 9.56 am, six hours after take-off, Piccard noted in his logbook: “We are prisoners of the air.”

“I do not know of any case of a balloon not coming down,” Piccard reassured Kipfer, “The only question is where, and when.” The oxygen reserves would allow the two to remain in the cabin until sunset. But that depended on an airtight cabin. Now, Piccard and Kipfer both felt their ears pop, several times, then heard the whistling once more. The Vaseline had run out through the tow and air was again escaping. The balloon was also starting to drift toward the Adriatic Sea. Piccard and Kipfer could do nothing: they could not turn the cabin, nor could they control the balloon. They would drift aimlessly until they landed.

The sun passed its zenith and the balloon began a slow descent. Piccard, as he invariably did when faced with a problem, started working through the sums in his notebook. The descent was too slow: at this rate, it would take 15 days. By 3 pm, the descent had accelerated, but would still take more than 24 hours. Piccard found himself thinking of Salomon Andrée, a Swedish engineer and civil servant who in 1897 had set out to fly across the North Pole in a hydrogen balloon. He wasn’t found until 30 years later, when a Norwegian fishing expedition discovered his remains on a lonely, ice-bound island, along with his observations and photographs; the body had been carried back to Stockholm in a grand procession on October 5, 1930. Piccard, a scientist to the last, wished he could at least make his own observations, but needed to save oxygen: he and Kipfer decided not to make any unnecessary movement. They sat motionless in the cramped, spherical cabin, looking at each other in silence.

Ten miles below, the activity on the ground was as frenetic as the stratosphere was still. Piccard had been supposed to land at noon. The last sighting of the balloon, a tiny, flashing point of silver, had been at around eight o’clock in the evening; its altitude was estimated at 10,000 feet (3,048 metres). Thousands of spectators had watched the balloon wander aimlessly over the Bavarian–Tyrolean border areas. Two airplanes had taken off from Munich during the afternoon in an attempt to make contact, but were unable to reach the altitude of the balloon and returned. Reports were confused: the balloon was spotted simultaneously north of Innsbruck and south of Garmisch-Partenkirchen, which are 25 miles apart. Nor could anybody tell whether Piccard had even succeeded in penetrating the stratosphere.

The F.N.R.S takes off from Augsburg

Little was known about pressurised cabins and the worst was feared; the New York Times reported that “the smallest leak in the cabin would produce immediate unconsciousness and subsequent death.” On May 28, Piccard’s fate was front-page news, headlined:

“Wrapped in silence and mystery, shrouded in the folds of night,” Guido Enderis, a reporter, cabled the New York Times, “Professor Auguste Piccard’s stratosphere balloon is tonight drifting aimlessly over the glaciers of the Tyrolean Alps, apparently out of control and occupied only by the dead.”

The European press was no less pessimistic, and even more macabre. Le Journal, in a late bulletin, wrote: “The news coming from Berlin this evening a little bit after 2100 leaves no hope of finding the two brave explorers alive, who, risking their lives, have continued to explore the sky. At the present, one should note that M. Piccard and his companion are not accomplished aeronauts, capable of triumphing over the treachery that can assail a sphere at the mercy of the elements, in unknown parts, and that neither of the men would have been even able, if at all, to regulate the speed of the balloon by an appropriate jettisoning of ballast . . . if the aeronauts are obliged to land in pitch black, the balloon heavy with nocturnal humidity and the natural loss of gas, their fate is already sealed. There will be without doubt two mutilated corpses, crushed, unrecognisable, once the debris of the aircraft is removed.”

All the spectators could do was wait. Among those craning their necks up and reading the reports was Piccard’s family: his wife Marianne, his four daughters and his nine-year-old son, Jacques. 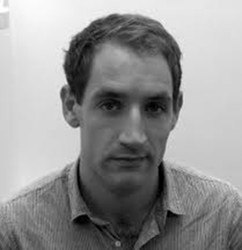 Courtesy of the author
Tom Cheshire

Tom Cheshire received his BA in Classics at Cambridge University. He is the deputy editor of the UK edition of Wired and has written several cover stories. His work has also appeared in GQ, Italia, Conde Nast Traveler, and on BBC2. He lives in London.

"A fascinating cross-section of Piccard family history. As Explorer Gene makes clear, whether inherited or learned, a taste for the exhilaration of discovery is a hard thing to shake."

"A spirited chronicle of the dangerous adventures that became the Piccard family business...charming."

"It is the tales of family, faith and endurance that Cheshire delivers with well-researched detail and elegance. In a world where Google Earth and space exploration exist, and many probably question whether there remains uncharted territory, records to be broken, new boundaries to push, and new feats to conquer, Cheshire does us the favor of giving a resounding yes."

"A page-turning account of a remarkable family and their many groundbreaking ventures."

"[A] peerless tribute to a clan of European scientific pioneers...engagingly depict[ed]."