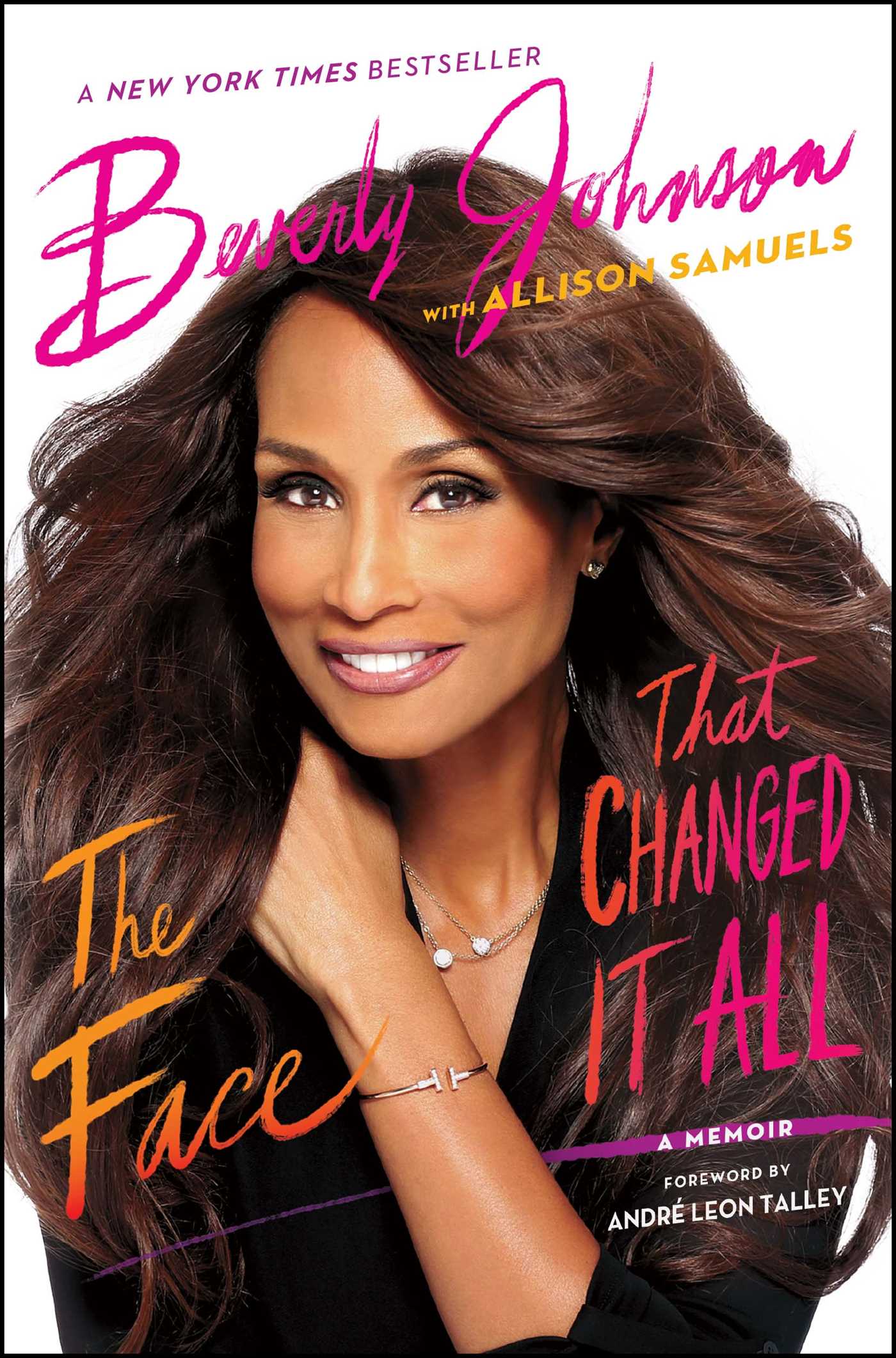 The Face That Changed It All

A New York Times bestseller, this revelatory and redemptive memoir from Beverly Johnson, the first black supermodel to grace the cover of Vogue—and who, over five hundred magazine covers later, remains one of the most successful glamour girls of all time—goes behind the lens and glossy magazine covers.

Growing up a studious, bookish child during the socially conscious, racially charged 60s, Beverly Johnson never imagined that she would irrevocably change modern fashion by becoming the first black cover model of American Vogue in 1974. What followed has been a successful, multifaceted, and inspiring career in modeling. In The Face That Changed It All, Beverly Johnson brings her own passionate and deeply honest voice to the page to chronicle the highs, lows, and everything in between of her career.

In this “revealing, even harrowing” (USA TODAY) memoir, with glamorous tales about the hard partying of the 1970s and Hollywood during the ’80, Johnson details her many encounters and fascinating friendships with Jackie Kennedy, Calvin Klein, Andy Warhol, Elizabeth Taylor, Michael Jackson, Jack Nicholson, Keith Richards, and Warren Beatty. “Refreshingly brave and tough-minded in her self-assessment” (Variety), Johnson reveals the demons she wrestled with over the course of her storied career. She brings us into the heart of her struggles with racism, drug addiction, divorce, and a prolonged child custody battle over her daughter that tested her fortitude and sanity. She shares for the first time intimate details surrounding her love affair with the late tennis icon Arthur Ashe, pays homage to her mentor, the late Naomi Sims, while lifting the veil off the complicated, catty, and often times tense relationships between models during her fashion heyday.

Featuring gorgeous, never-before-seen photos from Johnson’s childhood and modeling days, The Face That Changed It All gives a no-holds-barred look at the lives of the rich, fabulous, and famous. It is also a story of failure and success in the upper echelons of the fashion world, and how Beverly Johnson emerged from her struggles smarter, happier, and stronger than ever.

Beverly Johnson is an American model, actress, and businesswoman. She made history when she rose to fame as the first black model to appear on the cover of American Vogue in August 1974. She starred in the OWN reality show Beverly’s Full House in 2012 and was named one of the twentieth century’s most influential people in fashion by The New York Times.

"Regardless of your profession or what you think you know about the celebrity life, this book is definitely well worth your time. It allows you to see the woman in her totality: flaws and all, and will motivate you to not just be your best but to bring your best to everything you do."

"Entertaining... The reward for readers is an intimate look at the world of modeling and the grit and glamour of the 1970s and '80s... Ends on a note of personal growth."

"Beverly Johnson is a gifted story-teller in chronicling a tumultuous time and is also refreshingly brave and tough-minded in her self-assessment."

"Filled with titillating tidbits from the commingled worlds of fashion, entertainment, and politics, Johnson's open and honest memoir reveals a woman of daring and determination."

"A touching, warts-and-all autobiography in which Beverly recounts not only her considerable professional achievements but also reveals the litany of challenges she’s had to surmount in her personal life... The real reason to peruse this moving memoir is the revered icon’s riveting account of her rise, fall and ultimate redemption."

“Her memoir can be a fun ride, giving readers a glimpse into the glamour and hedonism of Manhattan and Hollywood in a bygone era, from her dalliances with legendary lotharios… to her romances…. Johnson’s memoir has moments that are revealing, even harrowing…”

The Face That Changed It All