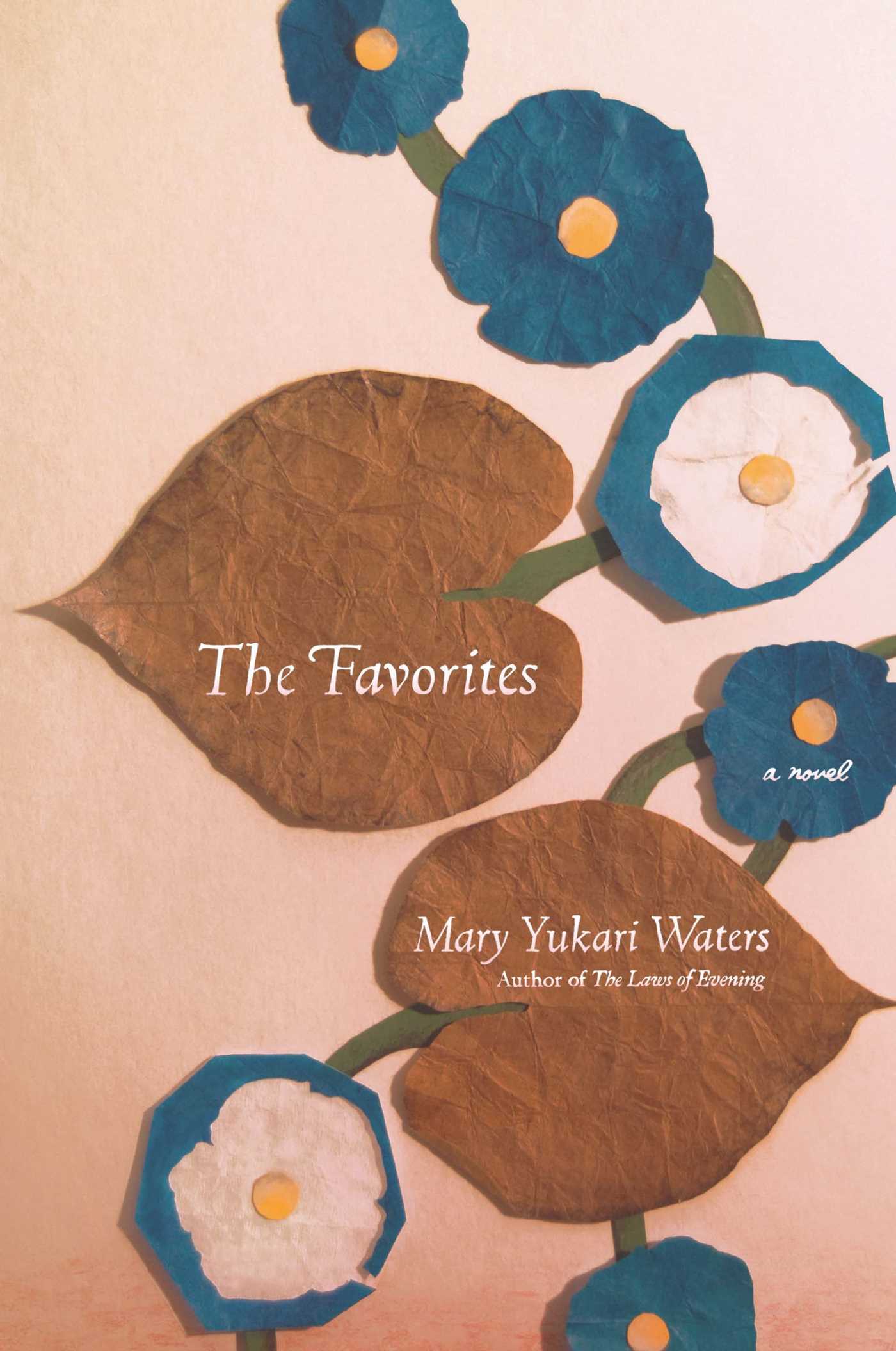 When Mary Yukari Waters's short-story collection, The Laws of Evening, was published, Maureen Corrigan of National Public Radio's Fresh Air said that "Waters's empathic imagination is so vivid she makes her reader feel like a silent witness to the small acts of cruelty and surrender that the history books can't record." In her exquisite first novel, Waters explores the complex relationships among three generations of women bound by a painful family history and a culture in which custom dictates behavior.

Fourteen-year-old Sarah Rexford, half-Japanese and half-American, feels like an outsider when she visits her family in Japan. She quickly learns that in traditional Kyoto, personal boundaries are firmly drawn and actions are not always what they appear. Sarah learns of a family secret -- an interfamily adoption arranged in the throes of World War II. Her grandmother gave up one of her daughters to the matriarch of the family, and the two families have coexisted quietly, living on the same lane. While this arrangement is never discussed, it looms over the two households. In this carefully articulated world, where every gesture and look has meaning, Sarah must learn the rules by which her mother, aunts, and grandmother live.

Delicately balancing drama and restraint, Waters captures these women -- their deep passions and tumultuous histories -- in this tender and moving novel about the power and beauty of mother-daughter relationships.

By clicking 'Sign me up' I acknowledge that I have read and agree to the privacy policy and terms of use. Free ebook offer available to NEW CA subscribers only. Offer redeemable at Simon & Schuster's ebook fulfillment partner. Must redeem within 90 days. See full terms and conditions and this month's choices.
This reading group guide for The Favorites includes an introduction, discussion questions, ideas for enhancing your book club, and a Q&A. The suggested questions are intended to help your reading group find new and interesting angles and topics for your discussion. We hope that these ideas will enrich your conversation and increase your enjoyment of the book.

In Japan during World War II, a young mother is forced to allow her sister-in-law to secretly adopt one of her daughters. This arrangement is rarely discussed but its presence looms heavily over the relationships between the two houses; it strongly influences the emotional development of the two girls who grow up knowing which questions are better left unasked.

Decades later, when Yoko Rexford and her half-Japanese and half-American daughter Sarah return to Kyoto to visit, Sarah learns about her family’s complicated past. In this carefully articulated world, where every gesture and look has meaning, Sarah must learn the rules by which her mother, aunts, and grandmother have lived their entire lives. She also discovers what it means to love and to be loved.


A Conversation with the Author, Mary Yukari Waters

There are many aspects of this book that seem autobiographical. You and Sarah Rexford are both daughters of a Japanese housewife and an American scientist, both were born in Japan and moved to the United States while still children, both majored in economics, and both lost your parents before the age of thirty. Are these circumstantial similarities or can we infer a greater connection between you and Sarah?

I focused on writing about the world I know, so there’s a lot of autobiographical information in this book.  The supporting characters are also based on actual people; the family dynamics, as well as the houses and neighborhood, were taken from real life.  But this isn’t a memoir.  Much of the story comes not just from my own life, but from those of various Japanese neighbors my elders used to gossip about when I was a child.  I took a lot of liberty in combining these family stories, so the result is no longer technically “true.”


Mothers’ and daughters’ desires for approval are a major theme of The Favorites. Would you say that this desire has played a role in your life as well? If so, which character in the book are you most similar to in terms of dealing with this emotion?

This desire is a big part of the human experience and I imagine everyone has experienced it on some level.  When I first started writing this book, I naturally gravitated toward Sarah because her situation was based so closely on mine.  But as I went further, I found that each of the other characters tapped into an equally authentic part of my emotional makeup.  That was a surprise to me, on a personal level.  At this point I have a hard time picking one character over the others – which is not at all the way I was expecting to feel.


What initially attracted you to writing this story about mother and daughter relationships?

Interestingly, this wasn’t the original attraction.  I was interested in the dynamics of interfamilial adoption, where both biological and adoptive parents could coexist on the same street.  The psychological complexity of such a situation fascinated me to no end.  The mother and daughter dynamics came in later, almost in stealth mode.  I suppose it was inevitable, because it’s always been such a powerful force for me personally, as well as for the women in my family.

I haven’t had that much crushing misfortune:  no wars, no terrible diseases, no grinding poverty.  So while I’ve observed other people affected by great tragedy, the verdict isn’t in for me yet.  Maybe that’s what accounts for my fascination – the wondering about what I’m made of, and what type of person I will end up to be.


In the book, Sarah plays a game called "American Emotions" with her cousins. Where did this idea come from?

From childhood experience.  I played it with some neighborhood children, and that game had a surprisingly long lifespan that lasted even after I went away.  Maybe it was the thrill of being a little bit mean, as well as the constant stream of inspiration in the form of new television reruns.

You grew up in Japan. What are your strongest memories of that period of your life?

It’s hard to choose – there are so many!  One of the pleasures of writing this novel is that I was able to weave many of them into the story.  In general, my strongest childhood memories are linked to smell or sound.  I think the best memories are impressionistic, hard to define emotionally; an instant in time, when you catch a whiff of cafeteria school rice or burning leaves, ends up being more viscerally powerful than a linear event such as a school ceremony or a birthday.  It’s interesting, I think, that one’s strongest memories (or at least mine) are often moments, or moods, or scraps of dialogue, that weren’t remotely interesting or significant at the time.

Can you talk a little about being a writing teacher? What classes do you teach? Do your students ever influence your own writing?

Right now I’m working at a low-residency MFA program (Spalding University) and a traditional MFA program (UCR at Palm Desert).  I’ve been teaching writing for a good many years, and I really, really enjoy it.  Although I read a lot of great student work, I can’t say that my students have ever influenced my writing.  My own writing sensibility, for better or worse, is pretty firmly ingrained (that’s one benefit of starting to write later in life, after you’ve lived a little and are more in touch with yourself), so my style is not that easily swayed by whatever I happen to be reading at the time.

You’ve written many acclaimed short stories. What made you decide to write a novel? What is different about the process of writing each? Which is easier for you? Which do you prefer?

I think I would feel incomplete as a writer if I’d never tried to write a novel.  I enjoy novels, and I read them for pleasure more than I do short stories, so it was a matter of time until I worked up the nerve to write one.  Since this was my first stab at novel writing, it felt psychologically harder – it was such a long process and it dragged on for years, without the instant gratification that comes with a shorter piece.   Apart from that, there wasn’t much difference in the technical aspects of writing, which was a relief.  At this point in time, I think I’d like to try writing another novel because I’m still new to this form and there’s something heady about the challenge.

You have completed your first novel, what's next? Are there any new themes you wish to explore in your writing?

I’m working on a second novel.  Yes, I do have some themes in mind that I’d like to explore, but none of it is set in stone yet, so I’ll say no more for fear of jinxing myself. 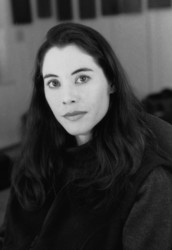 Mary Yukari Waters is half Japanese and half Irish-American. The recipient of an O. Henry award, a Pushcart Prize, and a grant from the National Endowment for the Arts, she has been published in The Best American Short Stories 2002 and 2003, The Pushcart Book of Short Stories: The Best Stories from a Quarter-Century of the Pushcart Prize, and Francis Ford Coppola's Zoetrope 2 anthology. She earned her MFA from the of , , and lives in .