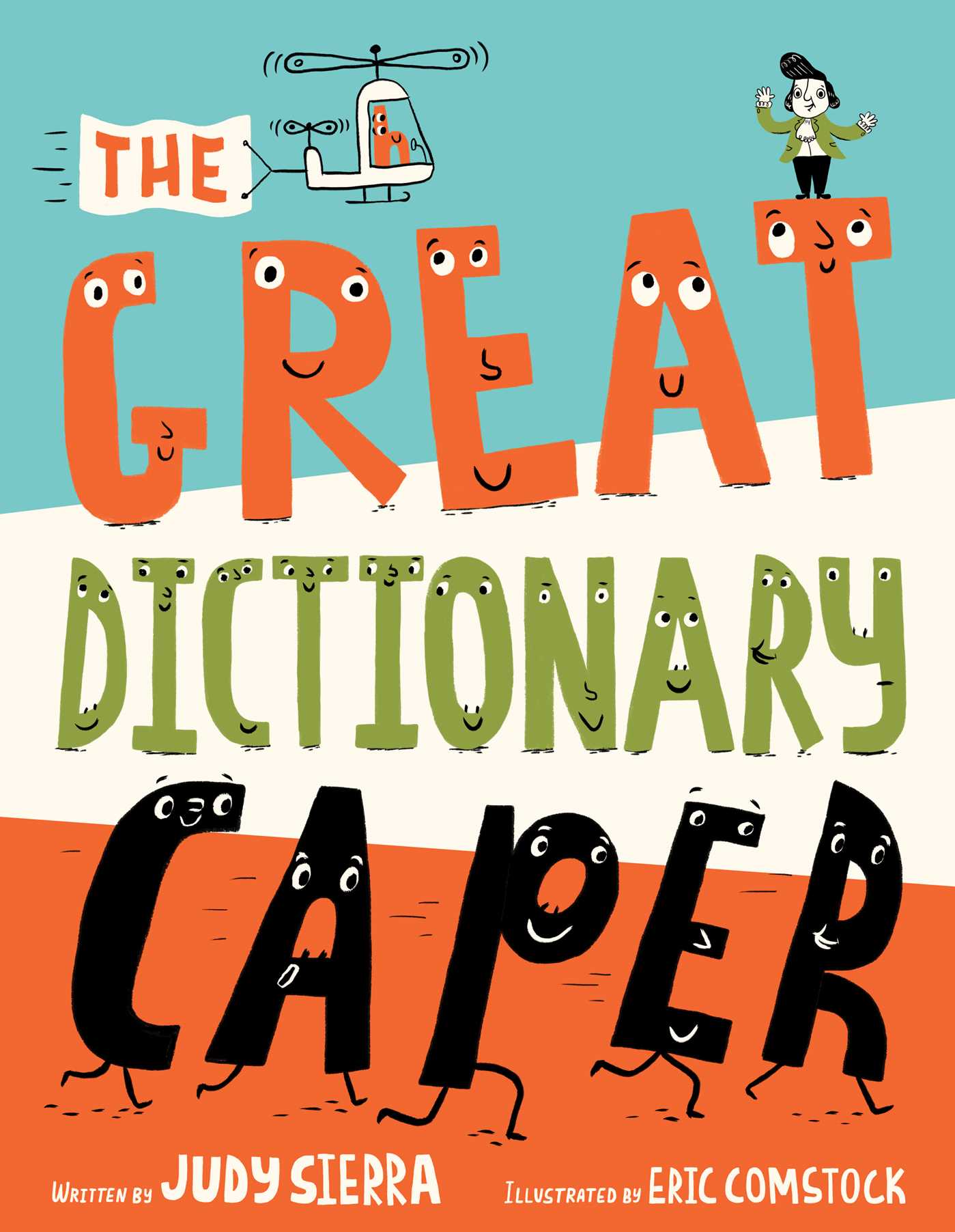 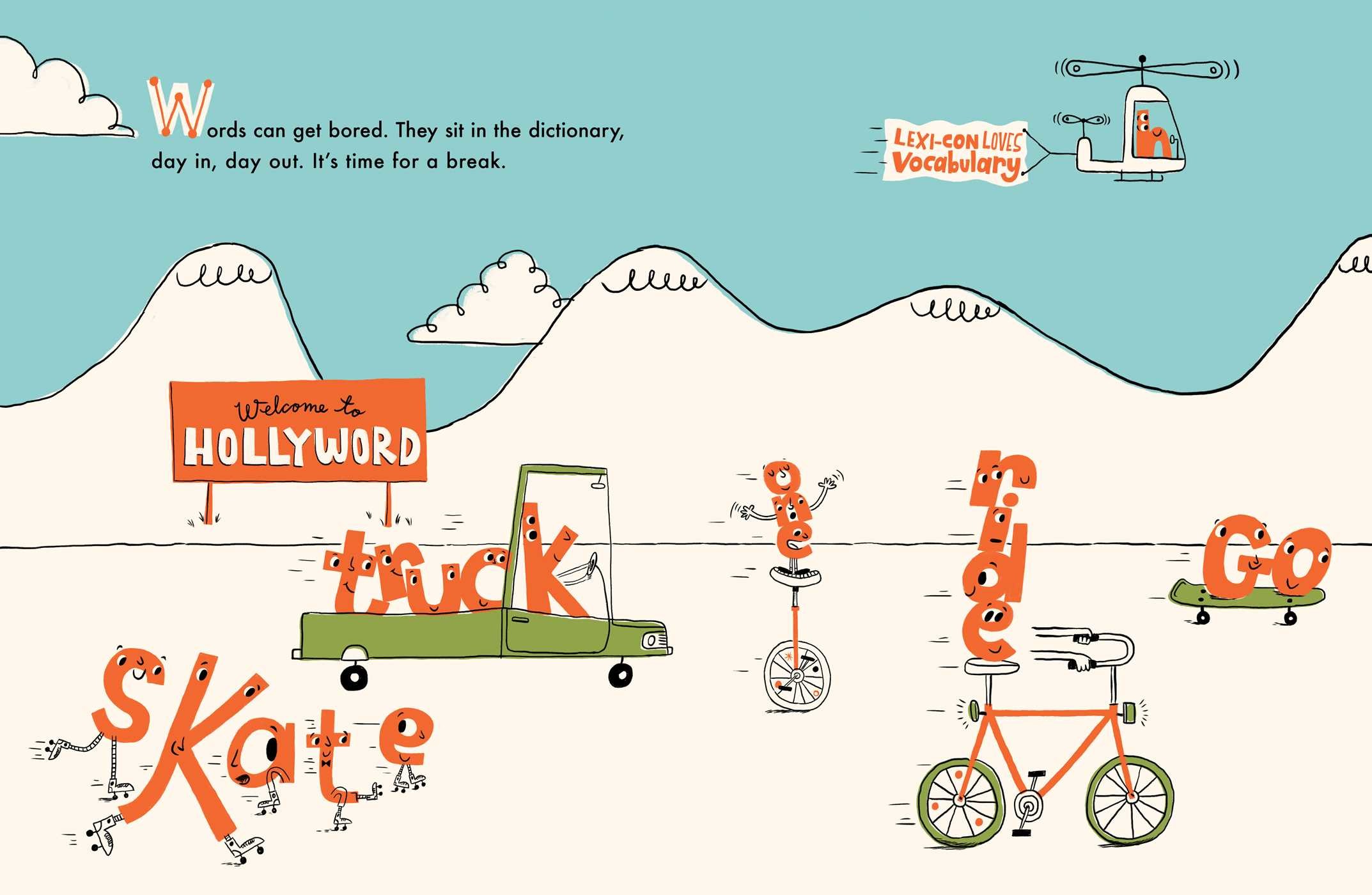 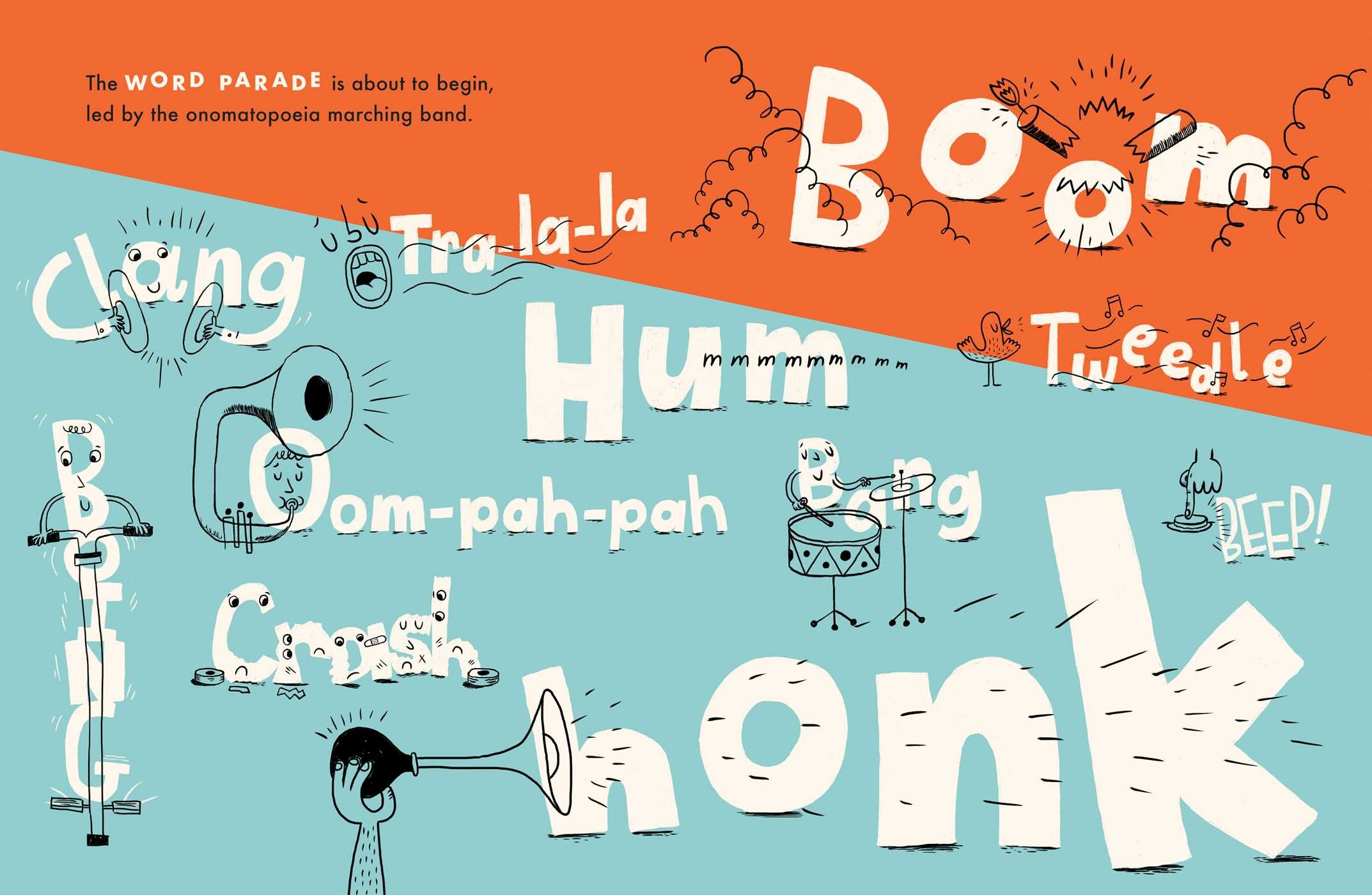 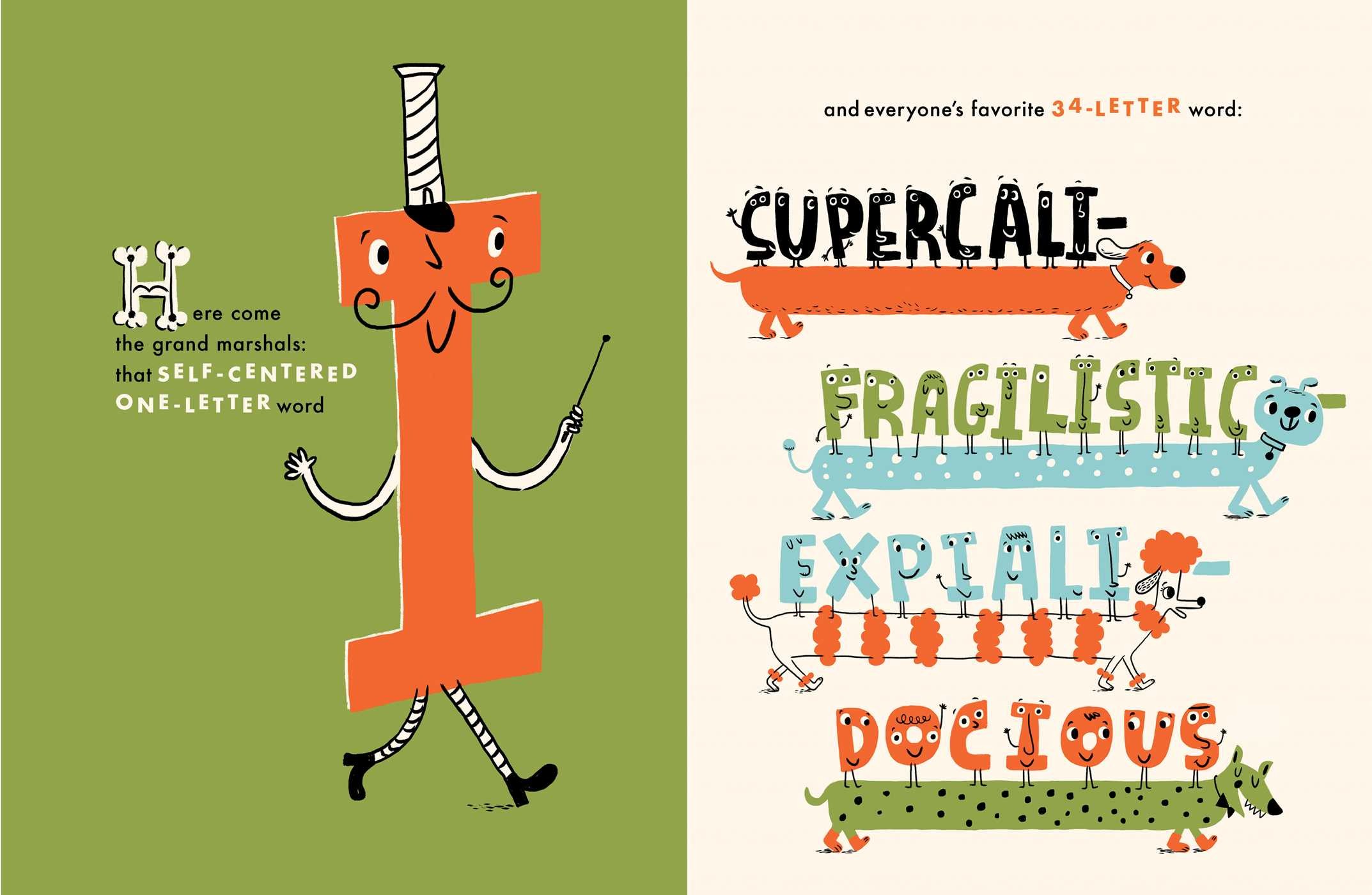 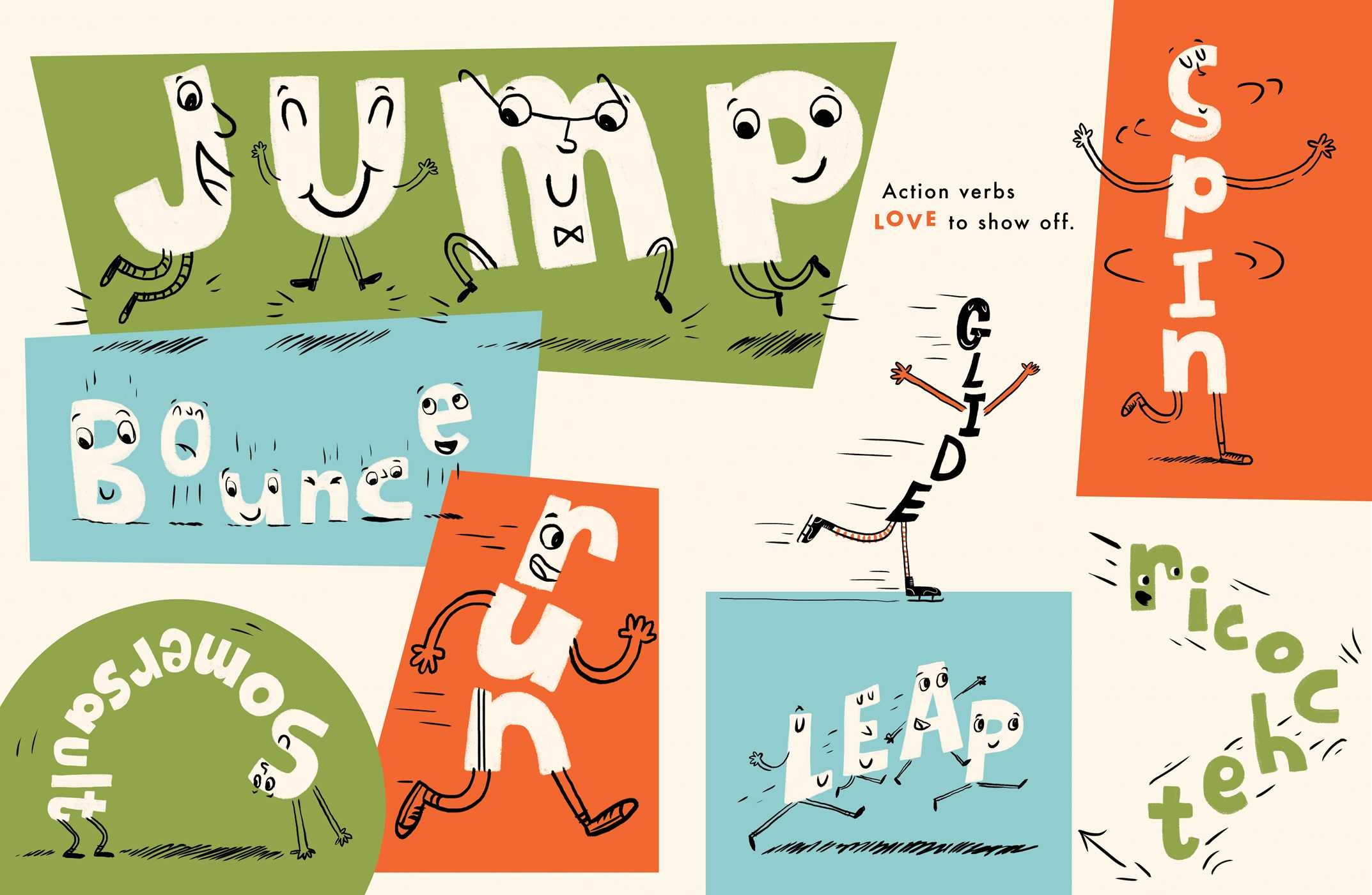 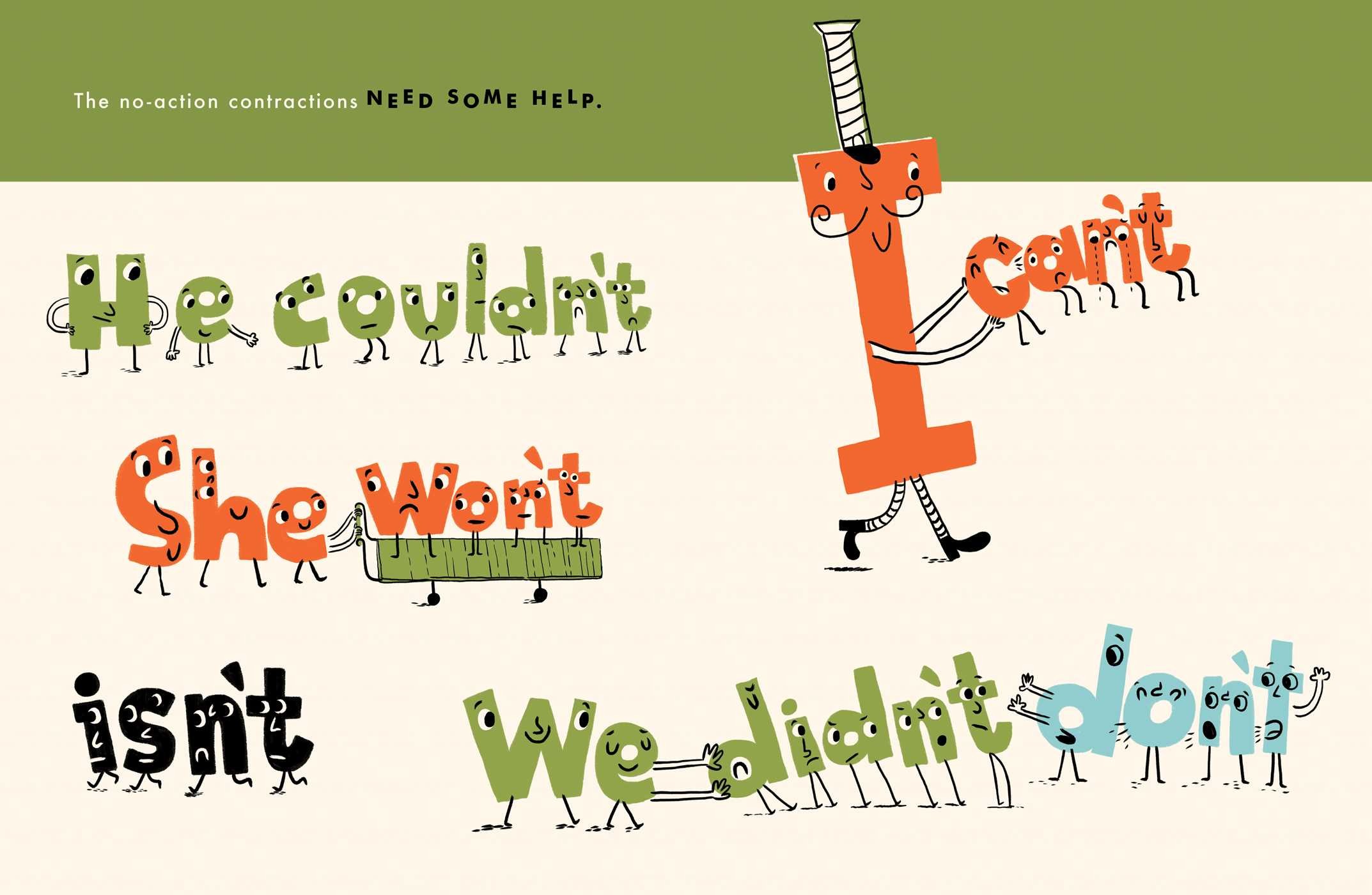 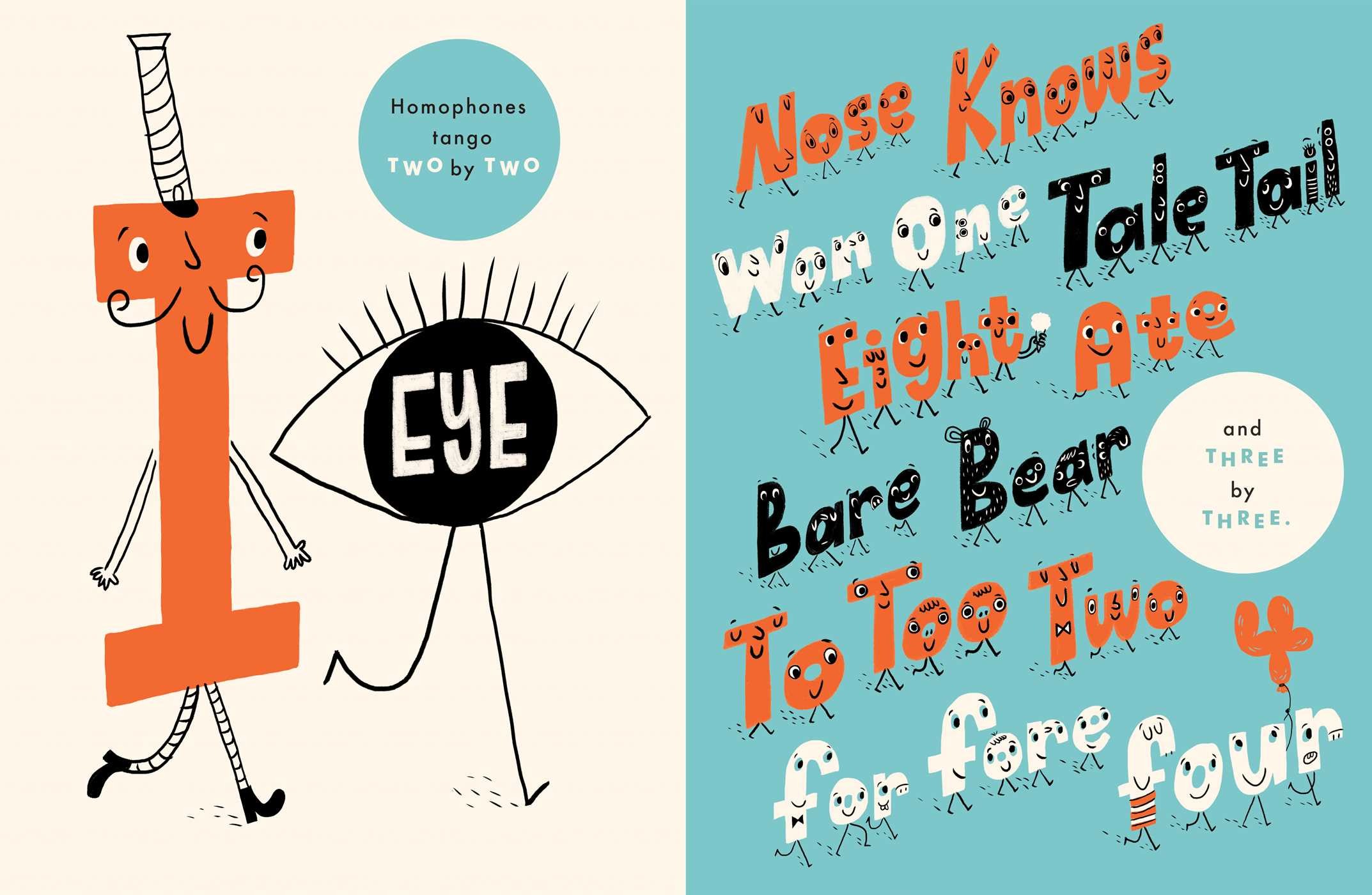 “Teachers will have field day with this wordplay; this caper is clever, capricious, and cunning.” —Kirkus Reviews (starred review)

“Bored with sitting in a dictionary ‘day in, day out,’ the words make a break for it and organize a parade which…introduce linguistics terminology in just about the most playful way possible.” —Publishers Weekly (starred review)

“This is a charming, peppy introduction, enhanced by Comstock’s energetic, retro-flair illustrations, which fill the pages with cavorting words and creative details…In approach and format, this is both entertaining and educational—likely to hold and pique kids’ interest in the topic and provide a fun learning supplement.” —Booklist (starred review)

When all of the words escape from the dictionary, it’s up to Noah Webster to restore alphabetical order in this supremely wacky picture book that celebrates language.

Words have secret lives. On a quiet afternoon the words escape the dictionary (much to the consternation of Mr. Noah Webster) and flock to Hollywood for a huge annual event—Lexi-Con. Liberated from the pages, words get together with friends and relations in groups including an onomatopoeia marching band, the palindrome family reunion, and hide-and-seek antonyms. It’s all great fun until the words disagree and begin to fall apart. Can Noah Webster step in to restore order before the dictionary is disorganized forever? 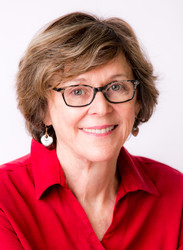 Judy Sierra is the author of many award-winning books for children including the bestsellers Antarctic Antics, illustrated by Jose Aruego and Ariane Dewey; Wild About Books, illustrated by Marc Brown; and The Secret Science Project that Almost Ate the School, illustrated by Stephen Gammell. Sierra holds a PhD in folklore and mythology from the University of California, Los Angeles. She has received the Children’s Choice Award from the International Reading Association, two Aesop awards from the American Folklore Society, and the E.B. White Read Aloud Prize from the Association of Booksellers for Children. She lives with her husband in Eugene, Oregon. Visit her online at JudySierra.net.

Eric Comstock’s very first picture book was the Charlie Piechart and the Case of the Missing Pizza Slice by Marilyn Sadler which was selected to be part of the Original Art Show at the Society of Illustrators. His second book The Great Dictionary Caper by Judy Sierra was called “Peppy…entertaining and educational” in a starred review in Booklist. He lives in Austin, Texas. You can see more of Eric’s work at EricComstock.us.

*"Teachers will have field day with this wordplay; this caper is clever, capricious, and cunning. -- Kirkus, starred review

"Bored with sitting in a dictionary “day in, day out,” the words make a break for it and organize a parade which... introduce linguistics terminology in just about the most playful way possible." Publishers Weekly, starred review

“Words can get bored. They sit in the dictionary, day in, day out,” begins this delightful picture book from Sierra (Wild about Books, 2004), depicting what happens when dictionary words break free from their pages and have a parade. It’s all fun and word games, but in the process, readers will also get a tidy lesson in linguistic concepts, like onomatopoeia and contractions. Each concept is exemplified and playfully portrayed by animated, anthropomorphized words and their accoutrements. The “onomatopoeia marching band” leads the way, and features words like bang, clang, and honk. Subsequent spreads include action verbs (with a spinning spin and gliding glide); homophones; anagrams; rhyming words; and even indignant nonrhyming words, which hold protest signs (penguin’s reads “What’s so special about rhyming?”). Eventually, Noah Webster appears, instructing the words to return to the dictionary—however, turn the page and it seems Roget’s Thesaurus’ synonym words are looking to escape, too (skedaddle, decamp). While not explicitly defining concepts in the main text (that comes in an appended glossary), this is a charming, peppy introduction, enhanced by Comstock’s energetic, retro-flair illustrations, which fill the pages with cavorting words and creative details, like the “Hollyword” setting. In approach and format, this is both entertaining and educational—likely to hold and pique kids’ interest in the topic and provide a fun learning supplement. — Shelle Rosenfeld

"With a “Ready Set Go,” all the words in Webster’s Dictionary jump out to take a break and join in a parade.... An amusing introduction to the intricacies and oddities of the English language; with some guidance, young elementary students might actually learn a thing a two." -- School LIbrary Journal