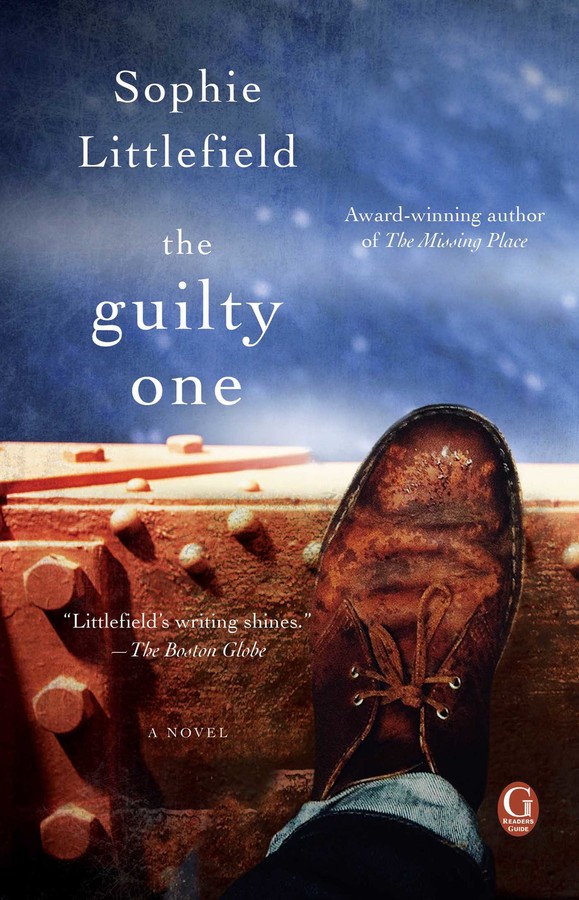 By Sophie Littlefield
LIST PRICE $16.99
PRICE MAY VARY BY RETAILER

From the award-winning author of The Missing Place—in which “Littlefield’s writing shines" (The Boston Globe)—another gripping exploration of the damage people can do to each other, and the resilience they find in themselves.

A man stands on the Golden Gate Bridge, poised to jump…if a woman on the other end of the phone tells him to.

Maris’s safe suburban world was shattered the day her daughter was found murdered, presumably at the hands of the young woman’s boyfriend. Her marriage crumbling, her routine shattered, Maris walks away from her pampered life as a Bay Area mom the day she receives a call from Ron, father of her daughter’s killer. Wracked with guilt over his son’s actions (and his own possible contribution to them), he asks Maris a single question: should he jump?

With a man’s life in her hands, Maris must decide, perhaps for the first time, what she truly wants. Retribution? Forgiveness? Or something more? Having lost everything, she’s finally free to recreate herself without the confining labels of “wife,” “mother,” or “mourner.” But will this shocking offer free her, or destroy her?

By clicking 'Sign me up' I acknowledge that I have read and agree to the privacy policy and terms of use. Free ebook offer available to NEW CA subscribers only. Offer redeemable at Simon & Schuster's ebook fulfillment partner. Must redeem within 90 days. See full terms and conditions and this month's choices.
This reading group guide for The Guilty One includes an introduction, discussion questions, and ideas for enhancing your book club. The suggested questions are intended to help your reading group find new and interesting angles and topics for your discussion. We hope that these ideas will enrich your conversation and increase your enjoyment of the book.

Sophie Littlefield’s gripping The Guilty One interweaves the stories of Maris and Ron, the respective parents of a murdered teenage girl and her ex-boyfriend who is convicted of killing her. Both their lives have been shattered since the murder, but when Ron calls Maris offering to jump from the Golden Gate Bridge as recompense for his son’s actions, it sets them both on a path of reflection, self-reinvention, and possible reconciliation with their own pasts.

1. In the opening pages describing Ron’s suicide attempt, Maris refers to Ron simply as “her friend” (p. 19). How does her choice of words set up your understanding of their connection throughout the book?

2. Events only gradually reveal themselves as the story progresses. Why do you think the author chose to unveil what happened to the Vacanti and Isherwood families in this way? How did your opinion about what happened between Karl and Calla evolve during your reading of the book?

3.  Ron believes “it was a mother's job to defend her offspring, just as it was a father’s job to provide expectations and consequences” (p.63). Do you agree with this point of view? In what way do you think Ron was predisposed to believe Karl’s guilt?

4. Ron believes that his father had a direct impact on his ability to form a relationship with his son, and in many ways this failure to bond contributed to Calla’s death. Is this a reasonable sentiment?

5. Maris takes the axiom of a clean start very literally when she moves into the apartment in Oakland. In what way do reminders of her life before the murder hinder her progress and in what way are they an important bridge? Is this something you can relate to?

6. During Ron’s first visit to Karl in prison he’s more concerned with how others view him than what his son thinks. Is this unexpected from what we know of his life thus far? What does this say about him as a person and a father?

7. We get to know Maris and Ron very well from their interior dialogues and points of view, but we also get the chance to see them through each other’s eyes. What surprised you about how they saw each other? Did this affect your viewpoint in any way?

8. Throughout the book, we catch glimpses of the dynamic between Ron and Deb prior to the murder and how it has changed after Karl’s conviction. In what ways did Karl’s incarceration immediately change their relationship, and what aspects can be interpreted as a natural progression from the events of the school trip?

9. Both Maris and her sister are the products of sperm donors. In what way do you think that shaped their upbringing? Why do you think Sophie Littlefield made that decision?

10. How did the revelation of why Maris and Jeff's marriage disintegrated change the way your understanding of the first half of the book?

11. The “Guilty One” can refer both to the perpetrator and one who feels guilt. How does the author use this dual meaning when exploring the aftermath of a heinous crime? In your mind, who is the Guilty One that the title refers to?

12. At the end of the book Ron contemplates getting to know his son again after five years in jail. In light of what you know happened the night Calla died, do you think Karl deserves to be released so soon? Or is five years too long?

13. Like Ron, Pet has an unstable parent who is emotionally abusive, but she manages to live her life in a relatively well-adjusted manner. Do you think if Ron had a similar support system in his twenties he would be less emotionally closed off? Or are their responses to their respective upbringings a result of their distinct personalities?

14. At the end of the book, Maris is able to redefine who she is, now that the old labels that applied to her life are no longer valid. Do you think this transformation would have been possible had Calla not been murdered?

1. The events depicted in the book closely mirror those examined in the critically acclaimed and popular podcast Serial. Listen to the first episode of Serial as a group and discuss how the media sensationalizes high school murders and the difficulty of prosecuting these kinds of cases.

3.  Recent research has shown that many adolescents’ brains continue to develop into their mid-twenties, especially the areas that contribute to reasoning, judgment, and impulse control. Take a look at past cases where teenage brain development was used as part of the courtroom defense and apply them to The Guilty One. Could this defense have been used as part of Karl’s trial? 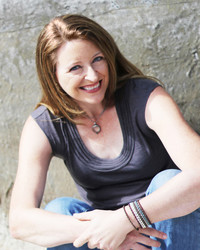 Sophie Littlefield grew up in rural Missouri, the middle child of a professor and an artist. She has been writing stories since childhood. After taking a hiatus to raise her children, she sold her first book in 2008, and has since authored over a dozen novels in several genres. Sophie’s novels have won Anthony and RT Book Awards and been shortlisted for Edgar, Barry, Crimespree, Macavity, and Goodreads Choice Awards. In addition to women’s fiction, she writes the post-apocalyptic Aftertime series, the Stella Hardesty and Joe Bashir crime series, and thrillers for young adults. She is a past president of the San Francisco Romance Writers of America chapter. Sophie makes her home in northern California.

“Littlefield maximizes the emotional impact of her character-driven cautionary tale.”

–Publishers Weekly on The Missing Place

"Littlefield has a unique voice that will stay in your head long after you've finished this treasure of a book.”

"Littlefield has a gift for pacing.”

"Littlefield shows considerable skills for delving into the depths of her characters and complex plotting as she disarms the reader."

– Library Journal on THE GUILTY ONE

"Littlefield excels at exampining the small minutiae that add up to major decisions...[an] intricate, touching story of how these characters pick up the pieces."

– RT Book Reviews on THE GUILTY ONE

“All through this novel, there is never a place where the reader won’t think these people are absolutely real. They will also feel a profound sense of loss when the tale is over. An emotional journey that is definitely worth the time.”

By Sophie Littlefield
LIST PRICE $16.99
PRICE MAY VARY BY RETAILER