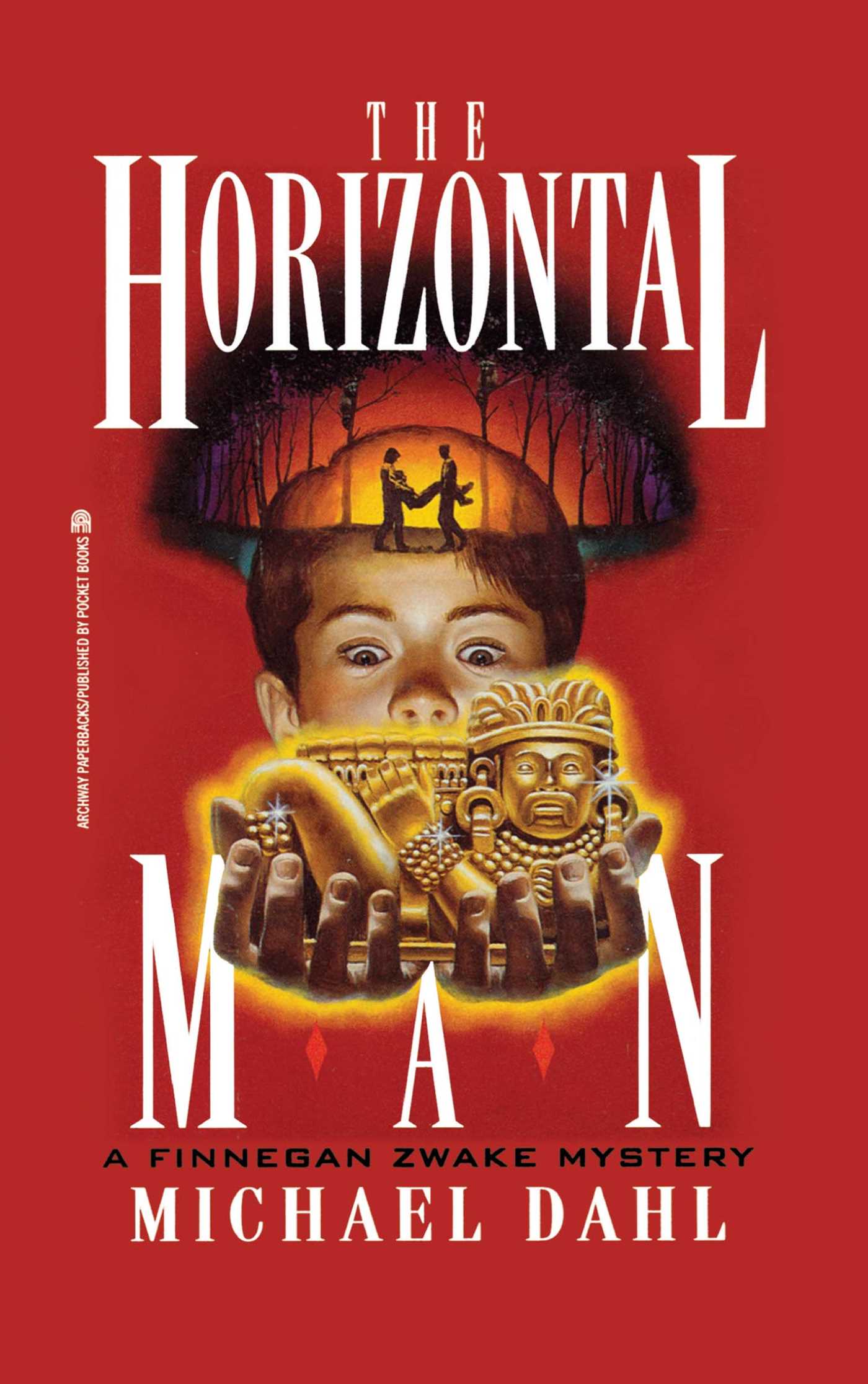 I DON'T KNOW WHY I FELT SICK. I MEAN, YES, IT WAS THE FIRST DEAD BODY I EVER SAW. BUT I SHOULD HAVE BEEN MORE COMFORTABLE. AFTER ALL, MY WHOLE FAMILY LIKES DEAD THINGS....
Thirteen-year-old Finnegan Zwake is staying with his Uncle Stoppard, a bestselling mystery writer, and still hoping his parents will return from an archaeological expedition in Iceland. They disappeared there several years ago.
Life with his uncle is fairly normal -- until the day Finn discovers a body in the basement. A dead body. It's in the storage area where Finn's parents left behind gold treasure from their last expedition. And missing from the storage space is a magnificent Mayan gold figure, the Horizontal Man....

Chapter 1: The Horizontal Man
Before I saw the dead body, I used to like raisins.
In fact, I used to love raisins: raisin toast, raisin muffins, raisin pudding, raisin cereal. Now I look at one of those dried-up grapes, and all I see is a dried-out corpse. This morning at the breakfast table Uncle Stoppard set a plate in front of me with two giant raisin muffins, steaming with melted butter. I must have had a funny look on my face, because right away Uncle Stoppard asked what was wrong.
"You promise you won't laugh?" I asked.
"Promise," he said.
So I told him. His cucumber-green eyes got squinty: it was his serious look. "But, Finnegan," he said. "And I don't mean to say it sounds weird," he said.
"But, why on earth should raisins remind you of that dead body we found in the -- " Uncle Stoppard stopped. He stared down at the muffin on his own plate. Then he stared at me. Then he stared at the muffin again.
"Because of the...rodents?" he said quietly.
"Yeah," I said. "The...rodents."
Uncle Stoppard's complexion began to match the color of his eyes. He pushed himself away from the table, scooped up our plates, and scraped all four muffins into the waste can.
"How do you feel about waffles?" he said.

Michael Dahl, the author of more than a dozen non?ction books, has also published poetry and plays. The Viking Claw is Dahl's fourth Finnegan Zwake mystery. The earlier titles in the series are The Horizontal Man, The Worm Tunnel, and The Ruby Raven. Dahl is also the author of Scooter Spies, a series of mysteries for younger readers, whose titles include The Wheels That Vanished and The Ghost That Barked. A theater director, actor, and comedian in Minneapolis, Dahl has a wide variety of unusual creatures in his household: Venus's-?ytraps, ?ddler crabs, African dwarf frogs, an elementary school teacher, and an Australian red-heeler named Gus. He can be e-mailed at ?nnswake@aol.com.