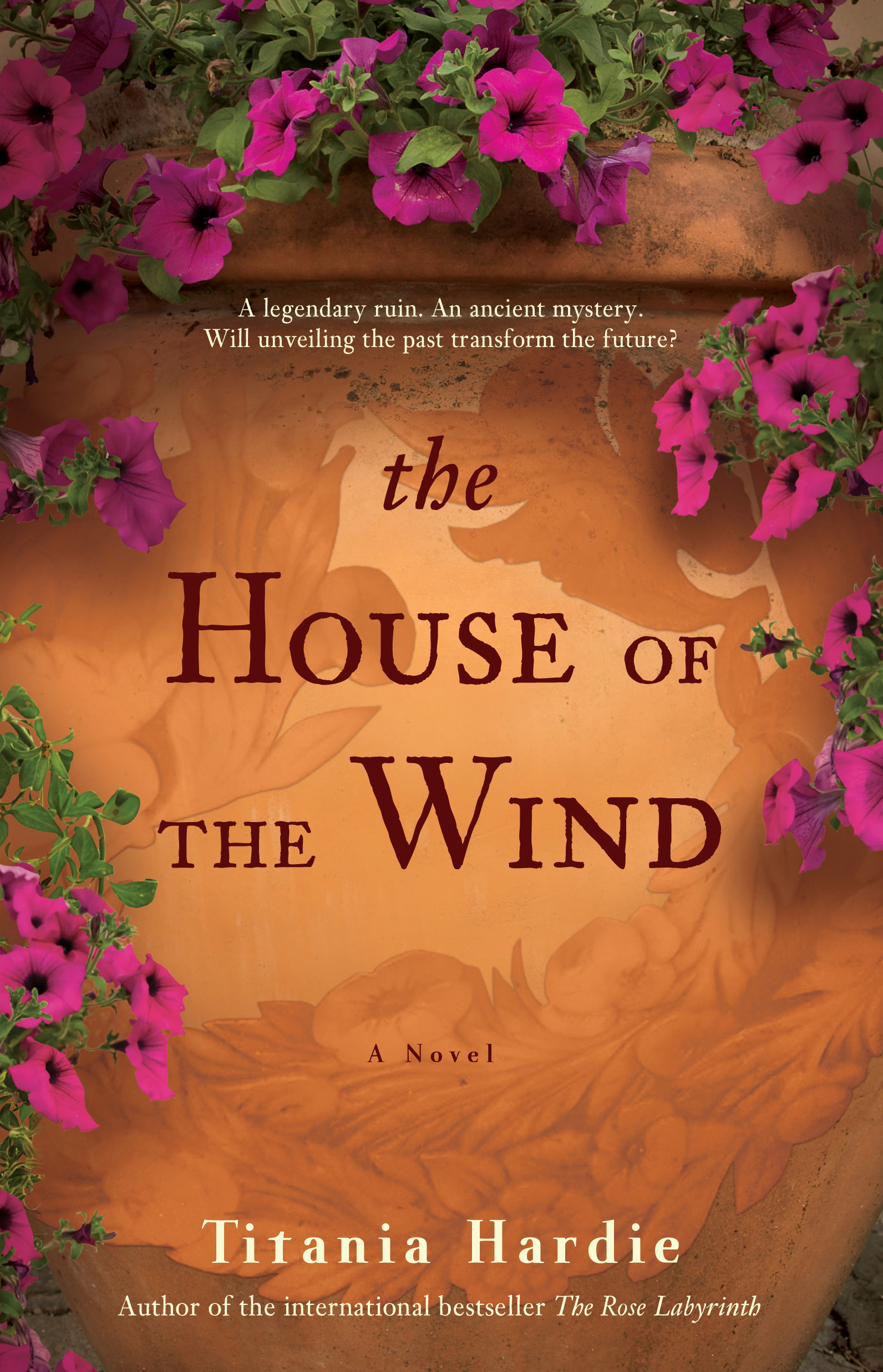 The House of the Wind

The internationally bestselling author of The Rose Labyrinth returns with a love story of magic and healing that takes readers from the heartache of a young human rights lawyer in present-day San Francisco to the lives of a courageous trio of women in medieval Tuscany.

A legendary ruin. An ancient mystery. Will unveiling the past transform the future?

San Francisco, 2007. Madeline Moretti is grieving after her fiancé's death. Nothing brings her joy any more, and Maddie’s grandmother, a fiery Italian, sends her to Tuscany to heal. Here, Maddie is immersed in the mystery of a ruined villa. Destroyed centuries ago in a legendary storm on the Eve of St. Agnes, it has been known ever since as the Casa al Vento—the House of the Wind.

Tuscany, 1347. Mia hasn’t spoken since her mother’s death and lives in silence with her beloved aunt. One dark night, a couple seeks refuge in their villa. Accustomed to welcoming passing pilgrims, Mia is entranced by the young bride’s radiance and compassion but mystified by her reluctance to reveal even her name. Where has she come from, and why must her presence be a secret?

Centuries apart, each searching for a way to step into her future, both Mia and Maddie will be haunted by the myth of the young woman who walked unscathed from the ruins of the House of the Wind.

By clicking 'Sign me up' I acknowledge that I have read and agree to the privacy policy and terms of use. Free ebook offer available to NEW CA subscribers only. Offer redeemable at Simon & Schuster's ebook fulfillment partner. Must redeem within 90 days. See full terms and conditions and this month's choices.
This reading group guide for The House of the Wind includes an introduction, discussion questions, and ideas for enhancing your book club. The suggested questions are intended to help your reading group find new and interesting angles and topics for your discussion. We hope that these ideas will enrich your conversation and increase your enjoyment of the book.

In The House of the Wind, Titania Hardie weaves together two intriguing narratives: that of San Francisco–based human rights lawyer Maddie Moretti—whose life takes an unexpected and devastating turn—and a trio of courageous women in medieval Italy. Seeking solace at a Tuscan villa, Maddie becomes fascinated by an ancient mystery and finds that, by looking to the past, she just might be able to step into a new future.

1.  What do you think of Maddie as a lawyer? How do her experiences working on the Stormtree case influence her personally,particularly her interactions with Marilu and Neva?

2.  Maddie sees her situation after Christopher’s death as “a premature widowhood” (p. 21). In what ways does her youth make it both easier and more difficult to deal with losing Christopher?

3.  How does Nonna in particular help Maddie through her grief?

4.  Reread Isabella’s conversation with Signora Angela about Maddie’s birth chart. How accurate do the signora’s predictions turn out to be? Why does the hat maker and astrologer later insist to Isabella that Maddie has “promises to keep” (p. 92)?

5.  How is Maddie’s visit to Italy a turning point in overcoming her grief? What is it about Borgo Santo Pietro and the Tuscan countryside that helps her begin to heal?

6.  Why does Maddie feel such a strong connection with the past and with Borgo Santo Pietro’s former inhabitants? How does contemplating their suffering help her put her own into perspective? What similarities does Maddie share with Mia?

7.  Travelers regularly come and go from Jacquetta’s villa. Why then is Mia so intrigued by the mysterious couple that arrives in the middle of the night? Why does Jacquetta shield them from the authorities, even when she knows it will place her and Mia in jeopardy?

8.  Why did Mia stop speaking after she witnessed her mother’s tragic death? What motivates Agnesca to help Mia regain her voice? Why does Mia agree to the request?

9. Discuss Mia’s reaction to finding out that she is Ottaviano Belforte’s daughter. What later compels Mia to confront and stand up to her half brother, Filippo Belforte?

10.  “I don’t know what to make of this man, Jeanette—of my role with him,” says Maddie (p. 251). Why does she have conflicted feelings for Pierce Gray? How does her view of him differ from the way Barbara sees him? How much does Maddie influence Pierce’s decision to settle the lawsuit?

11.  Maddie meets Søren four months after Christopher’s death. What draws her to the landscape designer? What is your opinion of Søren? Is he a good match for Maddie? Why or why not?

12.  Discuss Maddie and Søren’s visit to the House of the Wind. While there, Maddie “wept as she had not been able to before” (p. 265). Why does visiting Agnesca’s childhood home have such a powerful effect on her?

13.  Using examples from the story, discuss Maddie’s and the other characters’ views on religion and faith. What are the most apparent religious differences between the fourteenth century and the present? Why does Agnesca refuse to conform to society’s expectations about religion even though it puts her in extreme danger?

14.  What role does weather play in The House of the Wind? In your answer, consider the title, the unexpected snowfall in San Francisco, and the hailstorm Maddie encounters on her way to meet Pierce Gray.

15.  Discuss the fairy-tale aspect of the novel, specifically the subtle nod the author gives to the Cinderella story. Maddie meets Chris in inappropriate footwear on the cobblestones of Oxford, and Søren requests that she wear the right shoes for their sailing trip.

16.  Maddie herself talks about “walking in the footsteps” of the pilgrims and the former inhabitants of Borgo. Talk about fairy tales’influence on modern stories of romance and how Maddie’s footwear choices symbolize the necessity to be better grounded and less in need of rescue from Prince Charming.

17.  Share your thoughts on the novel’s structure. Do the alternating sections between the past and the present enrich the reading experience? How so? In what ways do the two narratives complement each other? Were you drawn more to one story line? If so, why?

1.  Feast on an Italian-inspired picnic like the one Maddie and her friends enjoy at Borgo Santo Pietro: wine, bread, olives, figs, cheese, and dishes of cooked mushrooms, spinach, and beans prepared with olive oil and lemon juice. To see the real-life villa that inspired Jeanette and Claus’s hotel, visit www.borgosantopietro.com.

2.  Take a virtual tour of Volterra at www.volterra.net, where you can view pictures of the town, including sites Maddie saw, such asthe Porta all’ Arco and the Duomo. The “sword in the stone” can be seen at www.sangalgano.org/ENG/swordinthestone.htm.

3.  The child is born on the Pleiades,” Signora Angela tells Isabella about Maddie (p. 18). To learn more about the Pleiades and to see a picture of the star cluster also known as the Seven Sisters, visit www.nightskyinfo.com/archive/pleiades.

4.  The lines of poetry Søren quotes to Maddie at the House of the Wind are from John Keats’s “The Eve of St. Agnes” (p. 265). Invite several book club members to do a reading of the poem, which can be found at www.online-literature.com/keats/3813. 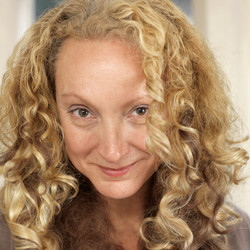 Born and educated in Sydney, Australia, Titania Hardie is the author of the international bestselling novel, The Rose Labyrinth, as well as a range of distinctive books on folklore, magic, and divination. She has first-class honors degrees in Psychology and English and was awarded the prestigious Chatterton scholarship for post-graduate study at Bristol University, where she completed her M.A. on the Romantic poets. Titania lives in Somerset with her husband and two daughters.

“Utterly fascinating. Totally absorbing. A magical blend of historical fiction and modern day suspense, The House of The Wind is a marvel of the esoteric. An entrancing and enchanting novel that combines myth and folklore, past and the present, mystery and romance, and clearly cements Hardie’s burgeoning reputation as a literary conjurer.” —M.J. Rose, internationally bestselling author of The Book of Lost Fragrances

“Addicting.... Hardie has merged Under the Tuscan Sun with Erin Brockovich into a story both heavily atmospheric and thematically hypnotic.” —Publishers Weekly (starred)

“At times lyrical, the tale of Maddie’s journey will charm those who are enraptured by the Tuscan mystique.” —Booklist

The House of the Wind