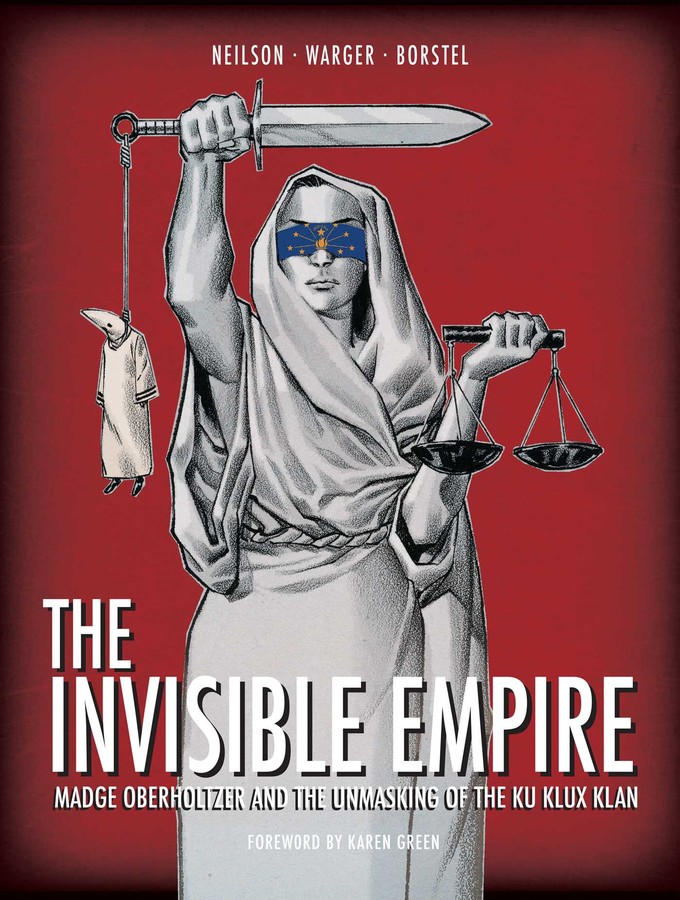 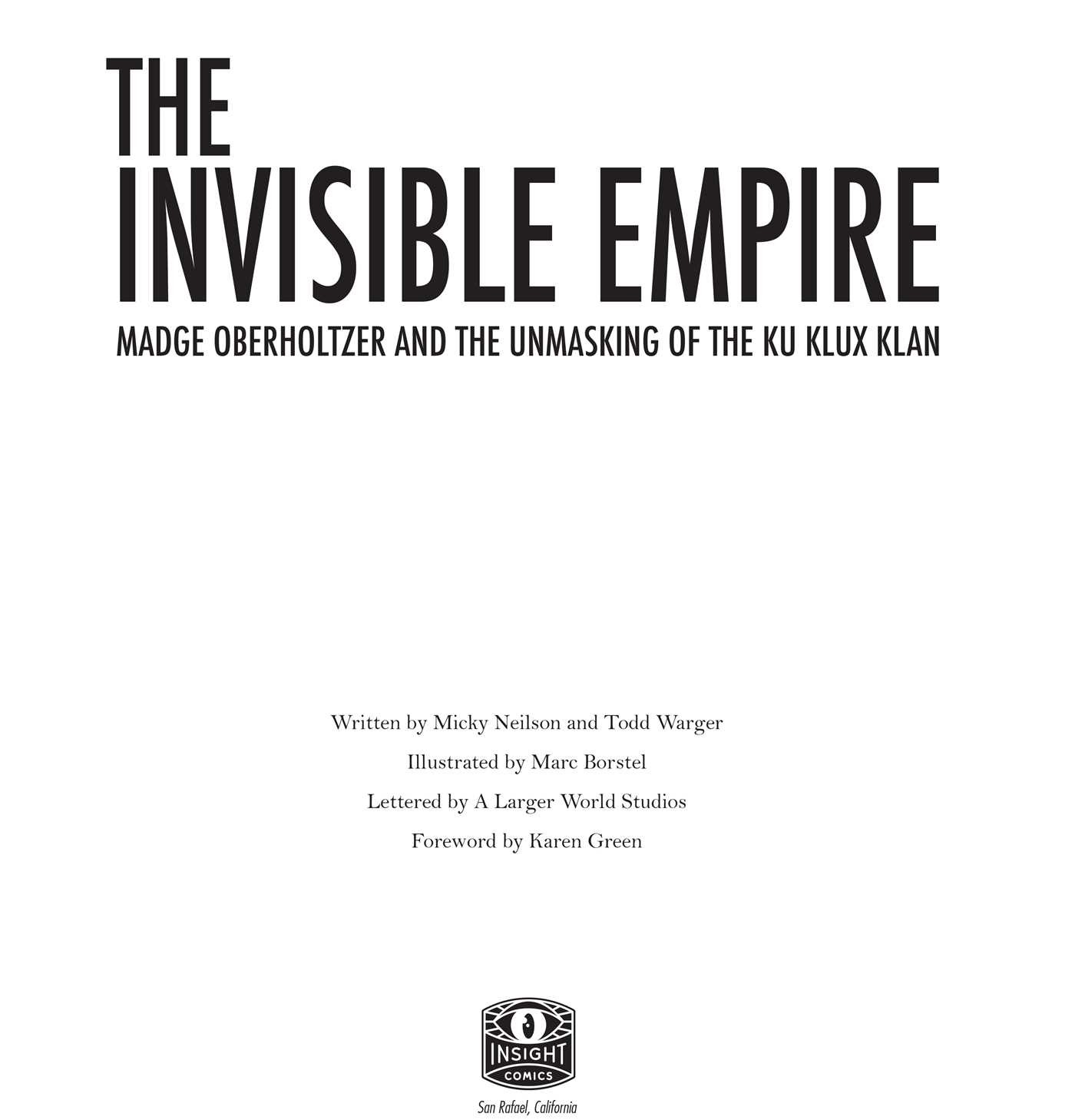 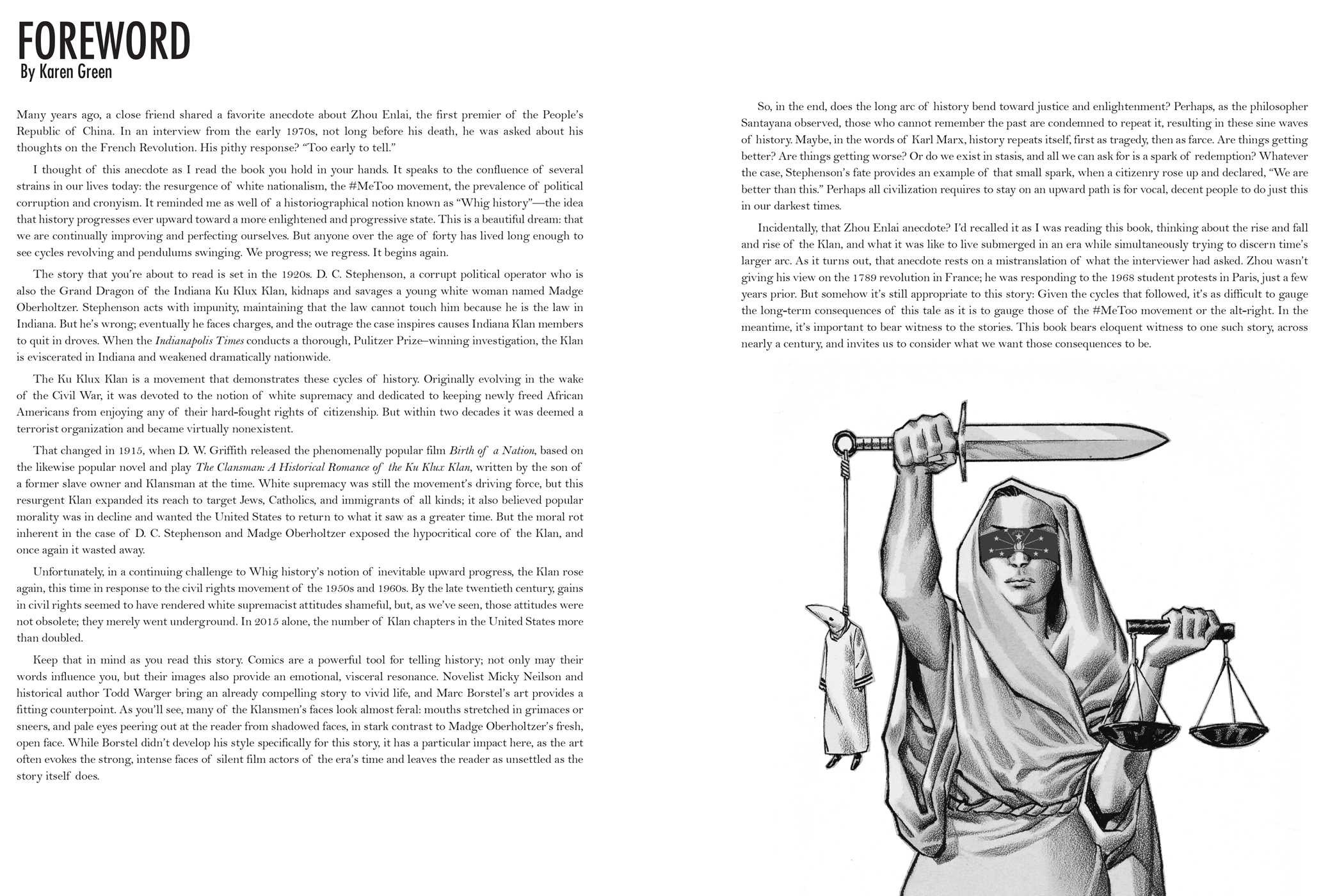 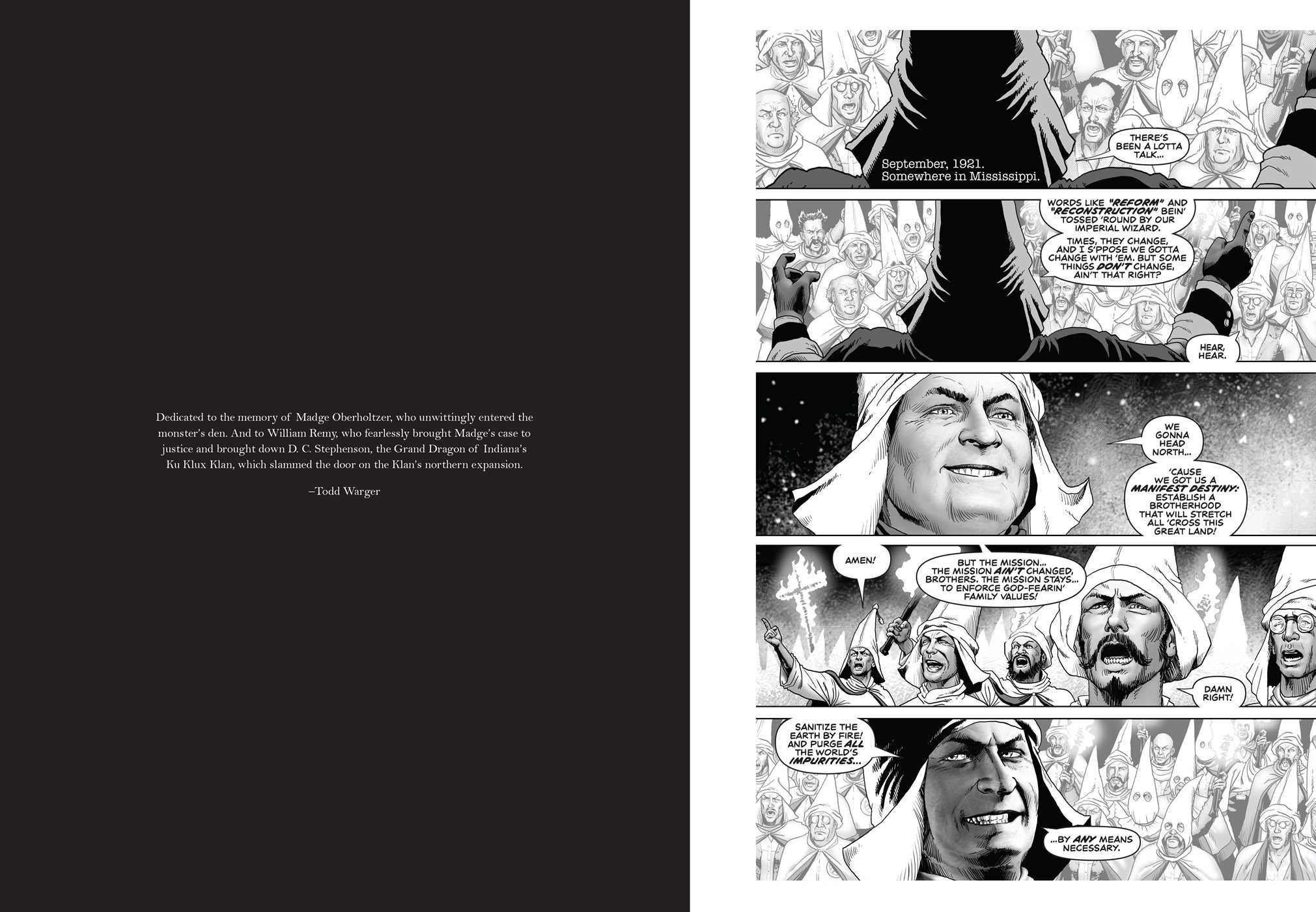 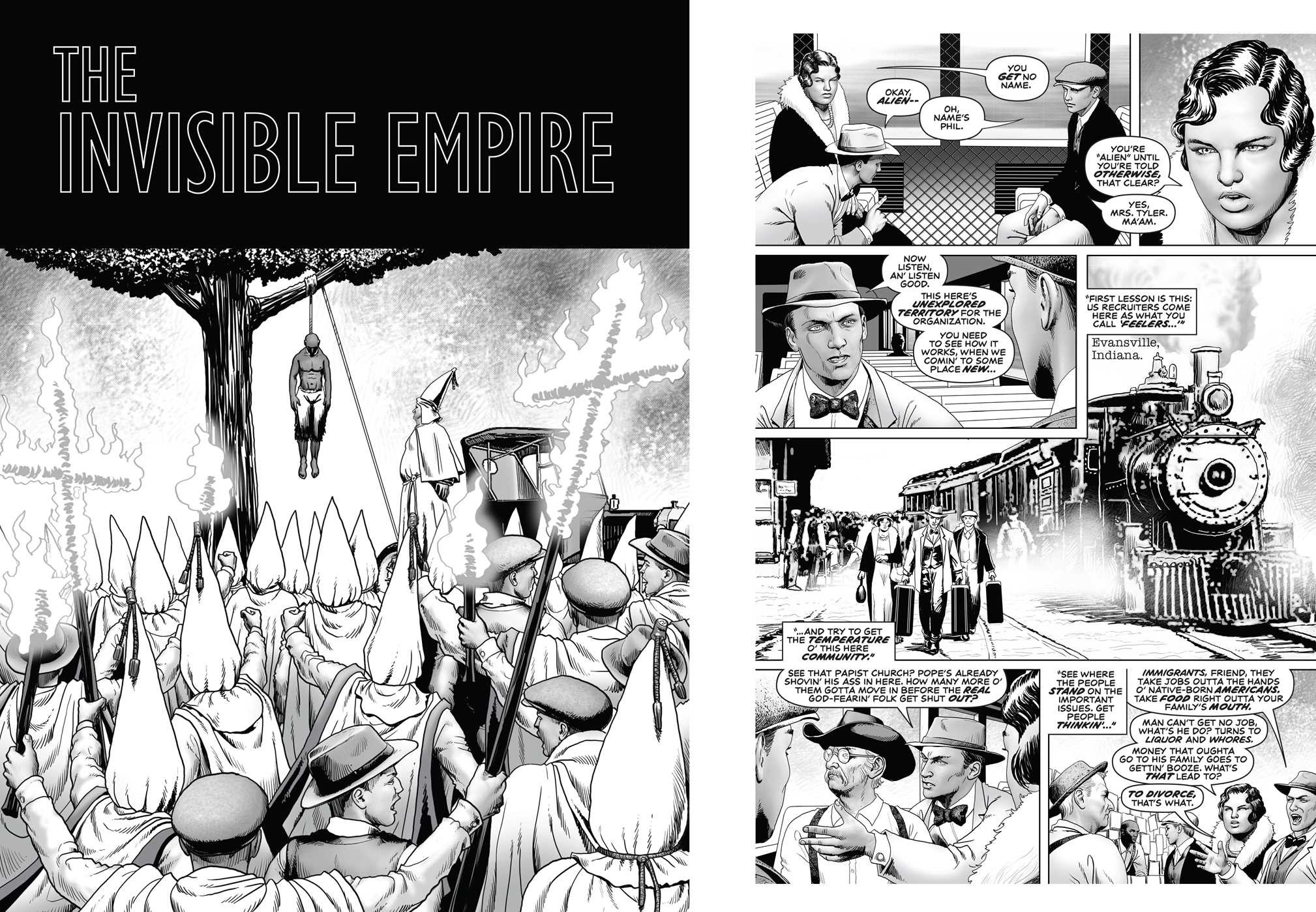 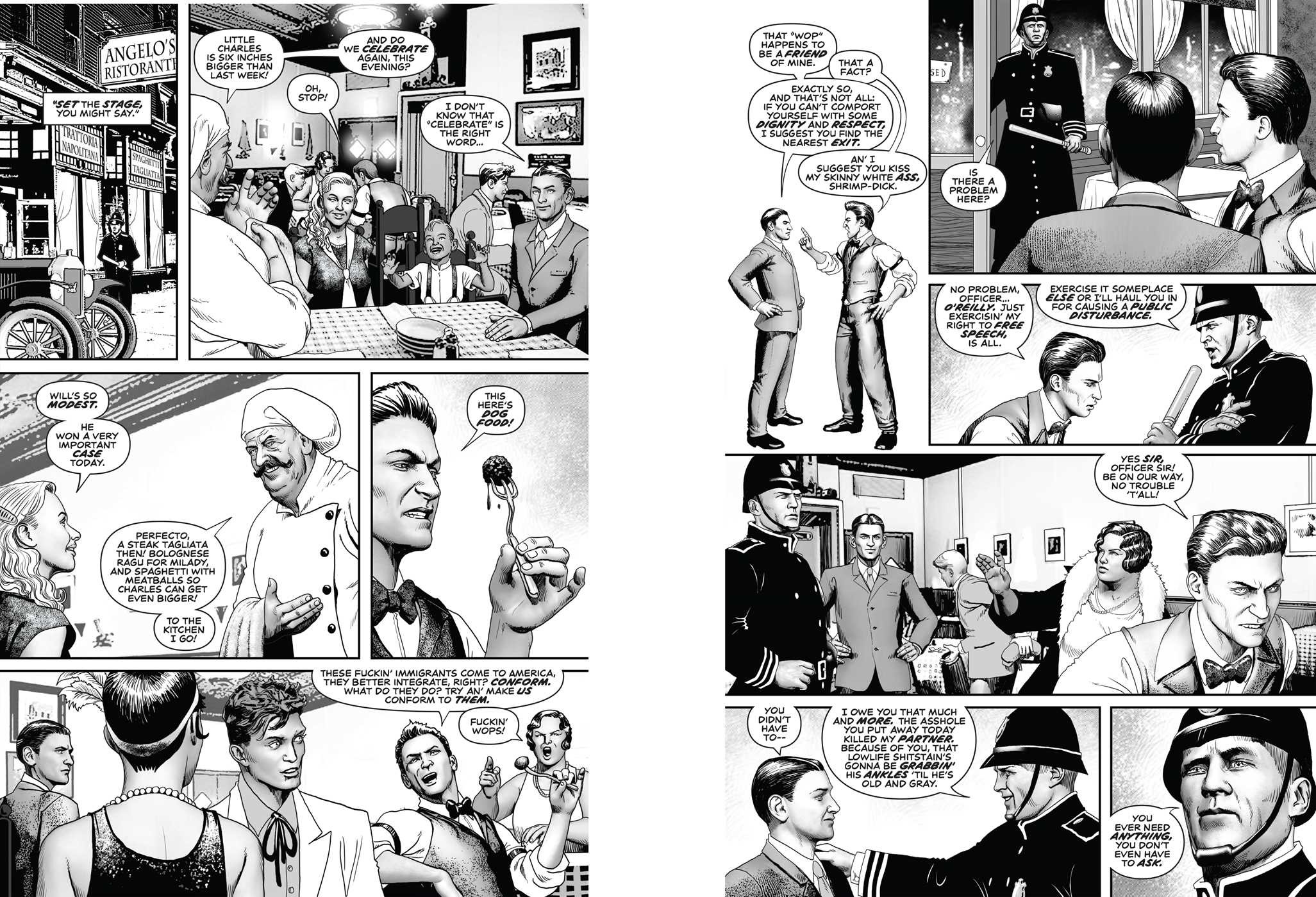 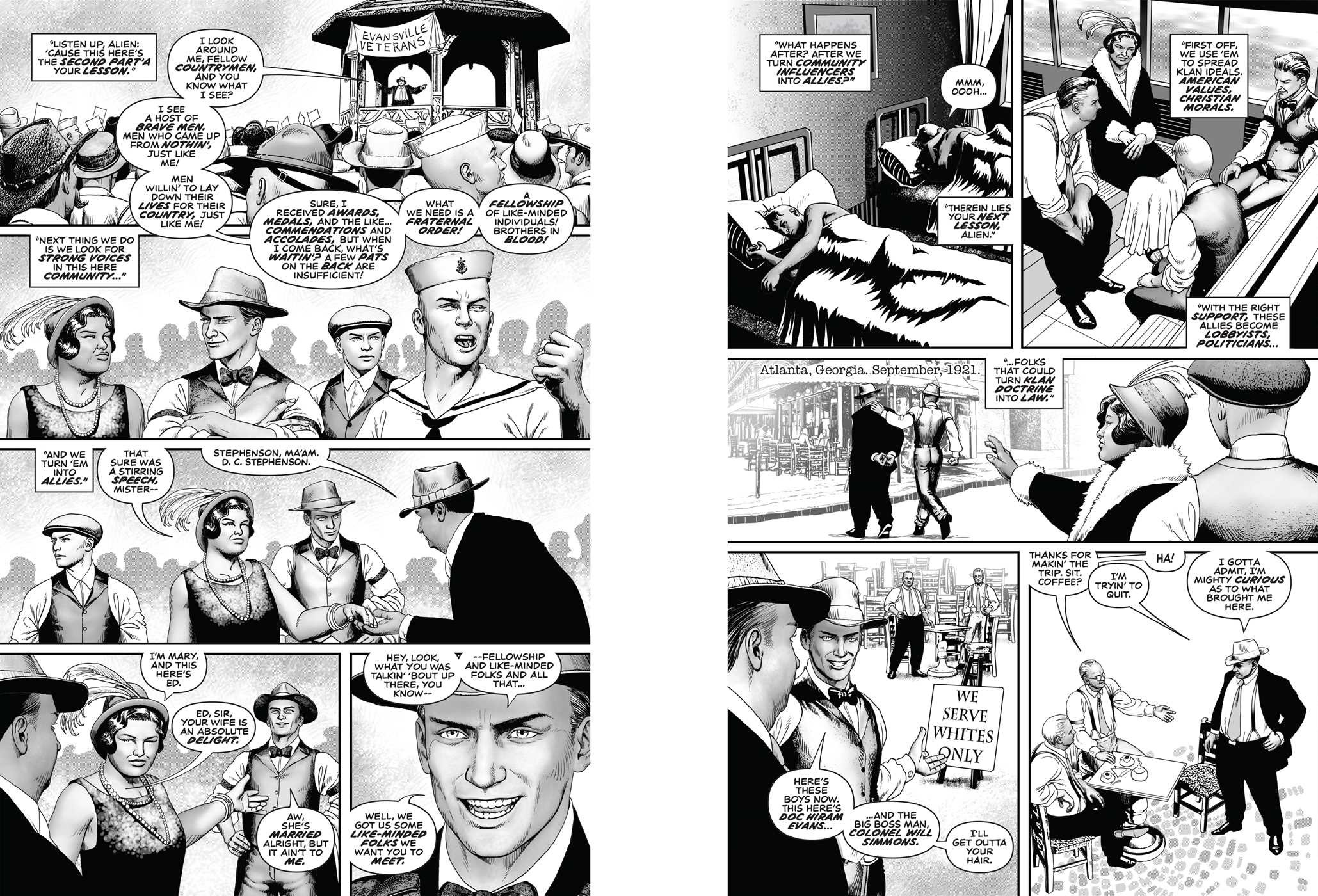 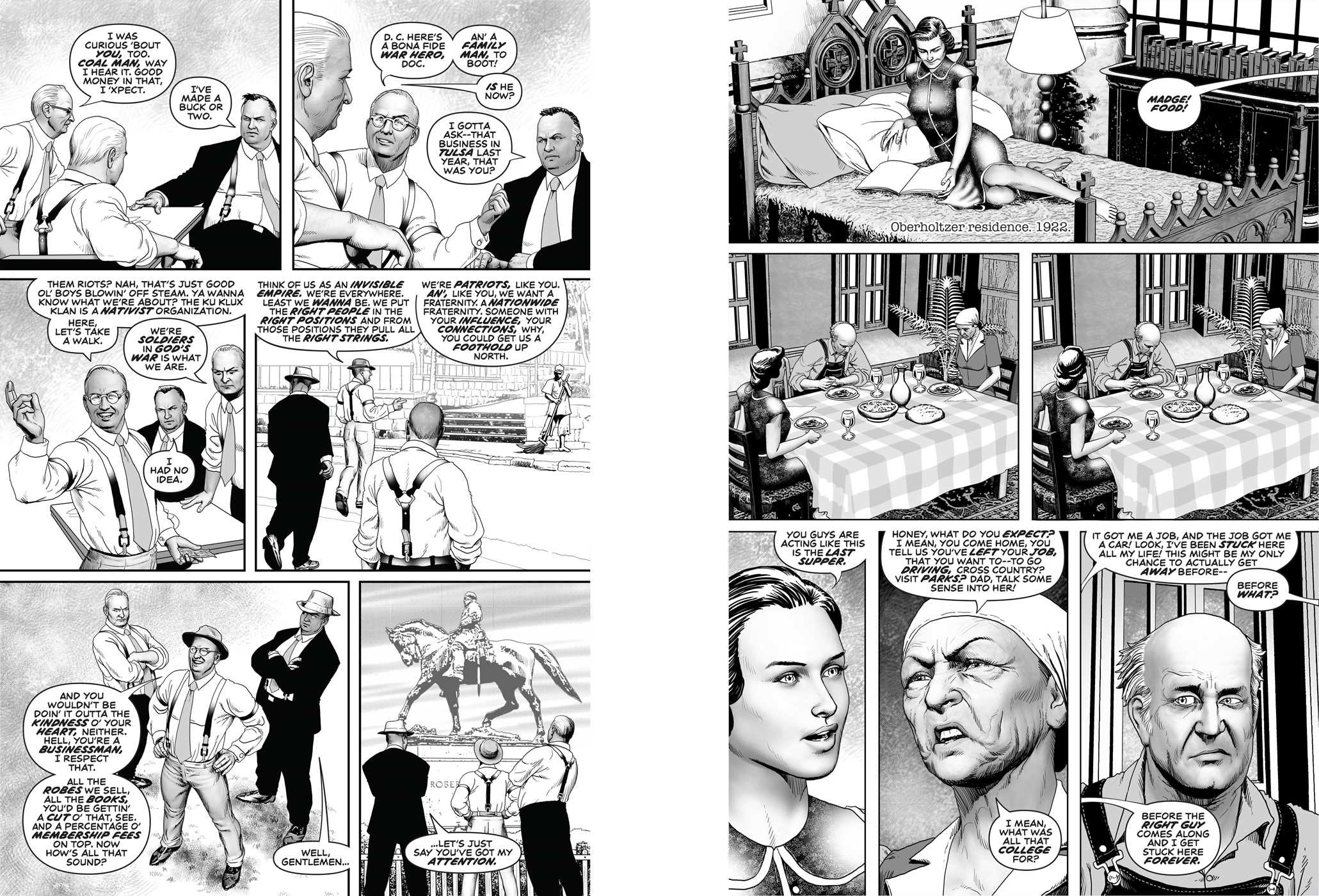 Madge Oberholtzer And The Unmasking Of The Ku Klux Klan

Discover the true story of Madge Oberholtzer in this graphic novel retelling of her controversial case, which exposed the political corruption in Indiana and revealed the true face of the infamous Ku Klux Klan.

In 1925 the KKK in Indiana was at the height of its influence, with one third of the state's white population counted among its ranks. It was seen as a very patriotic, pro-working class organization. However, the case of Madge Oberholtzer would change that forever.

Madge was a young, white, middle-class Indiana resident who worked for D.C. Stephenson, a powerful politician in Indiana and former KKK Grand Dragon who led a coup dividing the Northern Klan. On March 15th, Stephenson and his henchmen abducted Madge at gunpoint and forced her to accompany Stephenson on a private train to Chicago, where he would call himself the “law in Indiana” and proceed to brutally beat and victimize her.

Before succumbing to her injuries, Madge provided a full statement of her abuse at the hands of Stephenson which would expose the depths of Indiana's political corruption and lay bare the true face of the Ku Klux Klan—a revelation that would have a ripple effect on America's impression of the Klan from that day forward.

"What bothers me is that I actually wasn't aware of this story. I’ve heard many retellings of the Klan’s origins but it never occurred to me to look into what drove them from the bright lights of influence to a cabal of extremists operating, supposedly, in the shadows. And it is an ugly tale, full of corruption, ego, entitlement run amok, fear of change, fear of the other, fear of losing one's god given right to supremacy over all. Yet—despite it all—in the end, the promise of a better tomorrow demands its day. With The Invisible Empire, artist Marc Borstal, and writers Micky Neilson and Todd Warger have created a brief history of organized hate in postbellum America, and using an economy of words and pictures, populated it with complex, compromised, often brutal characters. Most brutal of all...it’s all true..."

– HO CHE ANDERSON (writer/artist for KING: A COMICS BIOGRAPHY, I WANT TO BE YOUR DOG, GODHEAD, and SCREAM QUEEN)

"Beautiful artwork illustrating an ugly face in American history. Pulled from real events to remind us to not be fooled by the fears of others and we can be better at being human beings. GOOD STUFF!!"

"Micky Neilson and Todd Warger have written a vivid and chilling depiction of a century-old story with gripping truths that impacted me far beyond the last page."

Madge Oberholtzer And The Unmasking Of The Ku Klux Klan