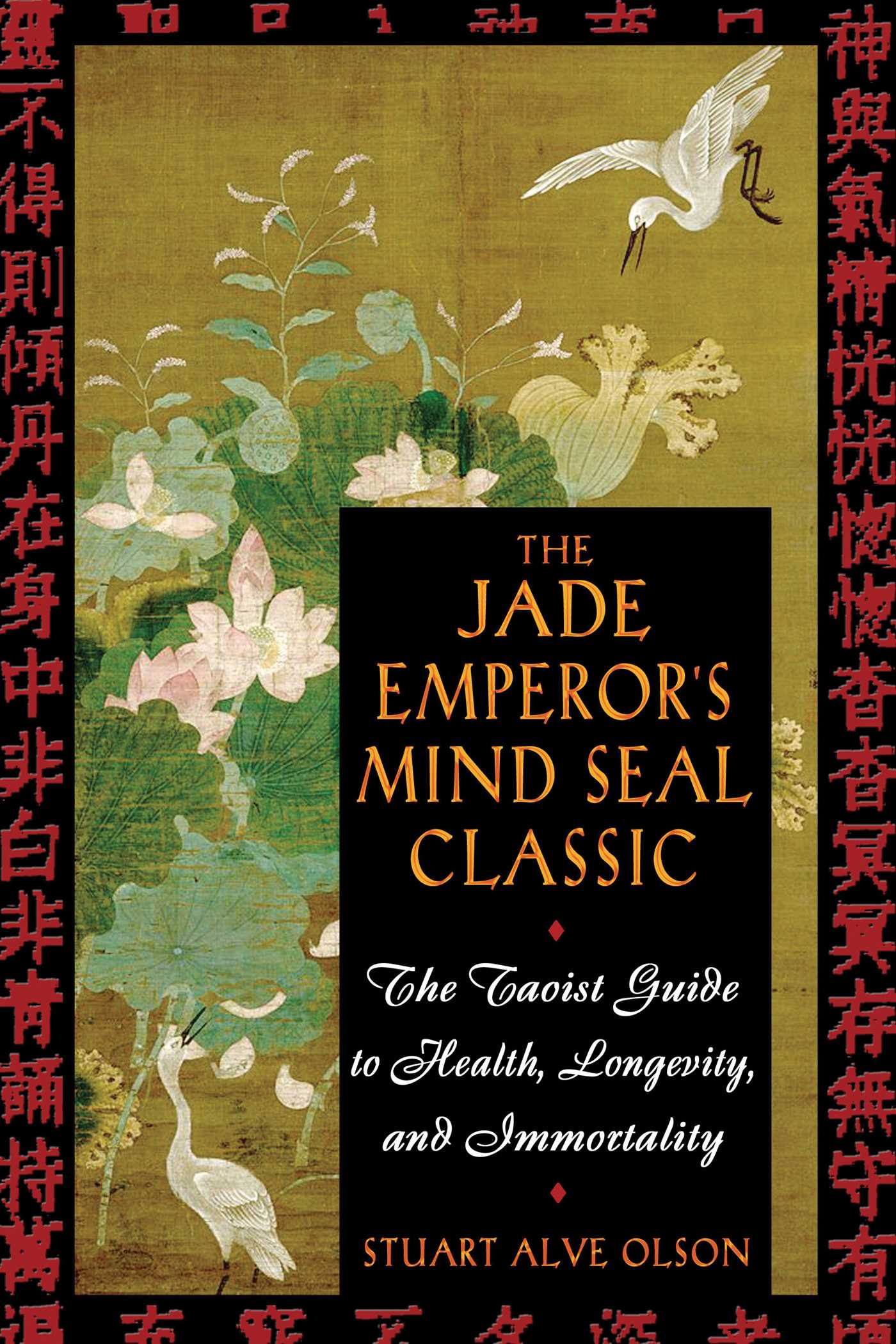 The Taoist Guide to Health, Longevity, and Immortality

• Translates The Jade Emperor’s Mind Seal Classic, The Immortals, and The Three Treasures of Immortality

• Reveals the steps needed to achieve immortality in our modern society

Taoist mystics claim that it is possible to achieve immortality: “Within each of us dwells the medicine to cure the affliction of mortality.” Now Western readers can access the wisdom of Taoist masters on the subject of immortality through the first English translations of three classic Taoist treatises: The Jade Emperor’s Mind Seal Classic; The Immortals, from the Pao P’u Tzu by Ko Hung of the Sung Dynasty; and The Three Treasures of Immortality, from the Dragon Gate Sect.

The Jade Emperor’s Mind Seal Classic teaches that one can attain immortality through the cultivation of the three treasures of Taoism: ching (sexual and physical energy), qi (breath and vital energy), and shen (spirit and mental energy). Chinese history is sprinkled with accounts of individuals who applied the lessons of the Jade Emperor and lived up to 200 years. Drawing on his extensive knowledge of Taoism, martial arts, and Chinese history and culture, Stuart Alve Olson accompanies his translations with informative commentary that explains the historical context of the texts as well as demonstrates the practical applications of their teachings in contemporary life.

A Translation of The Jade Emperor's Mind Seal Classic

1. The Supreme Medicine has three distinctions:
Ching [essence], Qi [vitality], and Shen [spirit],
Which are elusive and obscure.

2. Keep to Non-being, yet hold on to Being
And perfection is yours in an instant.

3. When distant winds blend together,
In one hundred days of spiritual work
And morning recitation to the Shang Ti,
Then in one year you will soar as an immortal.

7. Departing from the Mysterious, entering the female.
It appears to have perished, yet appears to exist.
Unmovable, its origin is mysterious.
. . . .

1. The Supreme Medicine has three distinctions:
Ching [essence], Qi [vitality], and Shen [spirit],
Which are elusive and obscure.

The Supreme medicine (shang yao), literally translates as, "the foremost healing herbs." The full meaning of this medicine includes not only the idea of a preventive or curative prescription for physical illnesses, but also the idea of a "wonder drug" for all mental and spiritual illnesses. These "supreme medicines" are not something external to the self, but rather the very forces which constitute your existence. These forces are considered by the Taoist as three primary energies within each human being: ching, qi, and shen. Namely, our physical and sexual essence (ching), our vital energy and breath (qi), and our mental energy and state of consciousness (shen).

Taoists believe that the essences of the material physical body, the breath which animates it, and the mind which makes us conscious of our life not only confer good health, but if developed to their highest potential will likewise confer immortality. Conversely, dissipating sexual energy and abusing the physical body, disregarding the regulation of the breath, and never concentrating your mental energy will result in an unhealthy life and an early death.

The three forces are normally referred to in Taoist works as "The Three Treasures" (San Pao). It is the preservation and cultivation of these three treasures that promote health, longevity, and immortality. Without these forces there can be no life, as it is the integration of them which constitutes existence. The degree of their abundance determines the level and quality of your health and the length of your life. Their transformation into the "Elixir" brings about immortality.

Taoist philosophy contends that there is no reason for a person to ever suffer physical illness and that death itself, whether from old age or sickness, is also an unnecessary occurrence. Illness and death occur because of the dissipation and destruction of the Three Treasures.

The secret of health, longevity, and immortality is not to damage the Before Heaven levels of ching, qi, and shen. If they are damaged, we must learn how to restore them. The next step is to gather these three and then transform them into an elixir that confers immortality. . .

Ching
Ching, or essence, is normally translated as "sperm," but this is incorrect in the context of what Taoists are speaking about, as women also have ching. In the wider sense, ching is the energy inherent within the reproductive process, the "giver of life." Ching is the reason we are born and the lack of it the reason we die. Therefore, Taoists believe reverently in both the preservation and conservation of ching. For when the ching is strong, vitality and youthfulness remain. In the male, too much dissipation will weaken the ching and thus shorten the lifespan and produce illness. In the female, the goal is to end the menstrual cycle in order to regenerate the ching. In both cases the ideal is to return to the period in our lives when we either did not dissipate sperm as males or menstruate as females. This is obviously the period of our lives when we were at the peak of our youthfulness and vitality, or when we had, as Lao Tzu puts it, "the pliability of a child."

It is not only sexual dissipation that damages ching, as Taoists believe that food and drink also play a major role. Food and drink enter into the blood stream and thus affect the five viscera and seven openings, leaving behind many impurities. To the Taoist, excessive eating and drinking is a sign of unrequited sexual desire. Monks, especially celibate ones, had to be very careful about their diet.

But we must draw a distinction between excessive eating and obesity, as these do not have the same root cause. Obesity is a dysfunction of the Before Heaven Qi (inherited). Excessive eating is a symptom of After Heaven Qi (self-induced). Excessive eating and drinking is also considered the reason why a monk would enter states of oblivion during meditation. (I think we've all experienced that after a big meal). To the Taoist the end result of either excessive eating or emission is loss of vital energy. Great pains are undertaken to avoid this, so most Taoists choose celibacy and allow only one meal per day. Others choose moderation and frugality. The goal of all Taoists is to eventually live off the "wind and dew," a poetic way of saying qi (breath) and saliva (the juice of immortality).
Stuart Alve Olson

Stuart Alve Olson has been a practicing Taoist for over 30 years and has studied with the famous Taoist master T. T. Liang (1900-2002). He lectures throughout the world and lives in the San Francisco Bay Area.

“Contains very good explanations of and information on Chinese Taoist concepts, principles, practices, and goals. It also provides useful tips for everyday health and pointers for accessing the mysteries of mysticism. Readers will be inspired to begin or renew their commitments for cultivating a fuller life.”

". . . this is an excellent book, well conceived to introduce Americans and other Westerners to some of the most difficult and obscure aspects of the Taoist imagination and consciousness."

The Taoist Guide to Health, Longevity, and Immortality