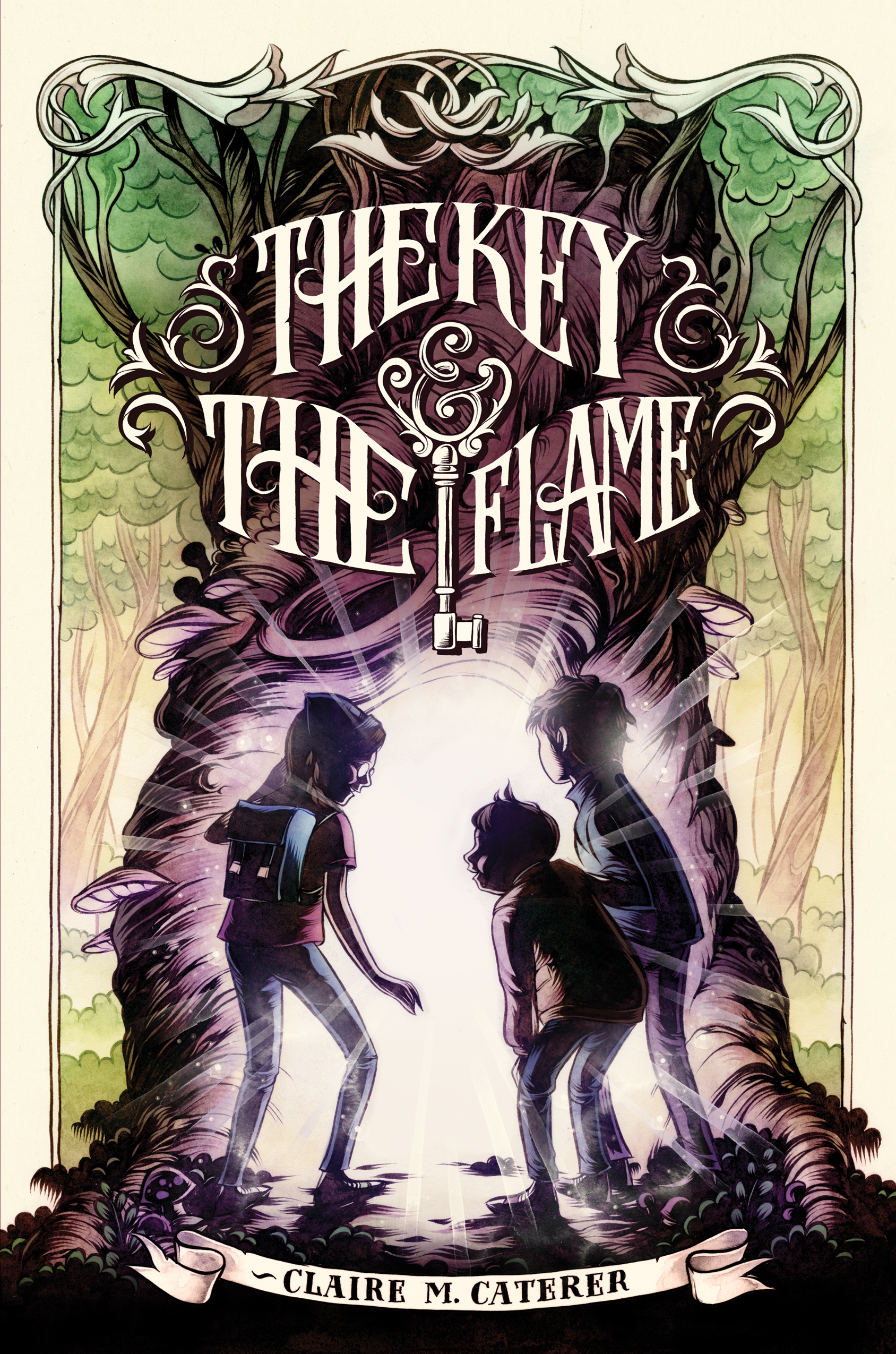 The Key & the Flame

In this middle-grade fantasy adventure, a gutsy girl unlocks a magical universe—and the danger that lies within.

Eleven-year-old Holly Shepard longs for adventure, some escape from her humdrum life. That is precisely what she gets when she is given an old iron key that unlocks a door—in a tree.

Holly crosses the threshold into a stunning and magical medieval world, Anglielle. And as she does so, something unlocks within Holly: a primal, powerful magic. Holly is joined on her journey by two tagalongs—her younger brother Ben, and Everett, an English boy who hungers after Holly’s newfound magic and carries a few secrets of his own.When Ben and Everett are sentenced to death by the royals, whose fear of magic has fueled a violent, systemic slaughter of all enchanted creatures, Holly must save them and find a way back home. But will she be able to muster the courage and rise above her ordinary past to become an extraordinary hero?

Holly Shepard lived on a block of identical houses in the middle of the American Midwest. It might have been mildly interesting if she had lived in the exact middle, but when Holly looked it up, she saw that her suburb was off by a few hundred miles, so it lacked even that distinction. She attended a midsize school in a town that was neither bustling with glittering skyscrapers and dark alleyways nor quaint with eccentric musicians and Main Street bookshops. Everyone bought clothes at the same mall and saw movies at the thirty-theater megaplex and ate dinner at the same reasonably priced family dining establishment. Every June, the town put on a carnival with two inflatable rides and a Ferris wheel. It was the biggest event of the year.

If you were the sort who longed for more than that—if, for example, you interrupted Ms. Noring and said loud enough for everyone to hear that you didn’t see how this week’s spelling words were ever going to help you in the real world, like if you had to escape from a mountain lion or a shark—you would get a stern look and a tally mark next to your name and you would give up five minutes of recess because Ms. Noring was tired of being second-guessed every single day. You would sit at your desk during the five minutes and study the fake wood grain and wonder if anything in this school was real. You would remember, as Holly did, that the last social studies test you’d taken had earned a C because you didn’t exactly answer the essay question at the end: What was the significance of the Louisiana Purchase? Holly was supposed to write four sentences, but instead she wrote fifteen and had to use the back of the page because she’d wandered off topic and described how Lewis and Clark had fought malaria and rattlesnakes and dysentery, and how their trip was kind of like exploring the Amazon, with lots of wild animals and sometimes unfriendly native people. Ms. Noring wrote at the bottom of the page (she had to squeeze it in): Next time, answer the question. –5 points.

Thinking about rattlesnakes had led to drawing three small but vicious Chinese dragons in the margins of her test paper. Holly worked very hard on them, creating thick bodies coiled like springs, and curly forked tongues. She spent so much time decorating the dragon’s scales with alternating diamond patterns that she completely forgot to answer three of the test questions. Ms. Noring wrote: Next time, work more on your test and less on your art. –3 points.

It seemed unfair that this would be the test on which she forgot to write her name and date. Ms. Noring wrote: Next time, follow the proper format for labeling your test. –2 points.

Ms. Noring’s minuses seemed to follow Holly closer than her shadow. Her classmates looked at her as though they were tallying them in their heads. She was known primarily for what she didn’t do: She didn’t play soccer or softball. She didn’t join Girl Scouts or want a cell phone. She didn’t buy the right blue jeans or listen to the right kind of music. Worse yet, she didn’t care about any of those things. She didn’t even know the names of most of the stores in the mall; she went there to climb rocks at the Monster Rockwall and sit in a corner of the bookstore with a stack of obscure tomes about Celtic kings or arctic explorers. When she wasn’t reading she was outside, alone, wandering in the scraggly copse of trees that ran down the center of the town’s five-acre Park & Wildlife Retreat.

No matter where she went, she thought about where she wanted to be, which was pretty much anywhere else. She thought of lives she didn’t lead, fantastical lives fraught with danger and magic. Such visions played in her head on an endless loop so that she sometimes forgot just how much she yearned for something—anything—unusual to happen. Holly Shepard, age eleven, her life as dull as the peeling white paint on the back of her split-level house, wished for something extraordinary. And at last her wish—which had just been waiting for the right moment—was granted. 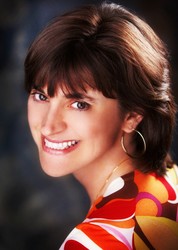 Claire M. Caterer is the author of The Key & the Flame and its sequel The Wand & the Sea. She lives in Kansas with her family. Visit her at ClaireCaterer.com.

Filled with swordfights, spells, and an endearing cast of creatures, Holly’s journey makes for a rousing adventure. Chronicles of Narnia fans will rally around this debut fantasy novel and ask for the forthcoming sequel.

“A fun-filled read… a solid fantasy in the classic tradition. The multi-threaded narrative offers a variety of young heroes for readers to root for, and it’s jam-packed with memorable secondary characters of the magical sort, like sleek leogryffs, tricky fairies, and a talking cat.”

The Key & the Flame