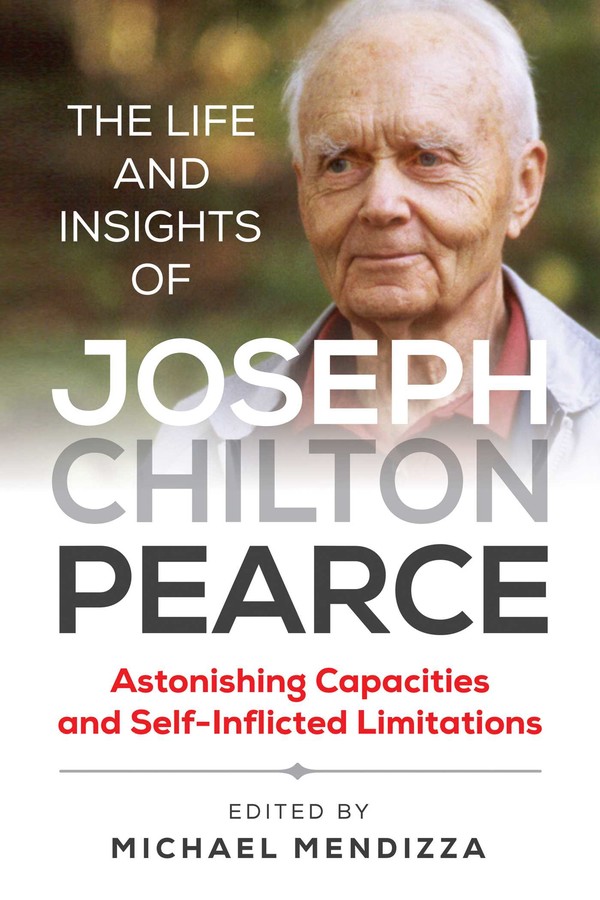 • Explores Pearce’s most influential books, including Magical Child, sharing his life-changing insights into why we have become what we are, contrasted with the miracle nature intends us to be

An expert in child development, Joseph Chilton Pearce (1926-2016) devoted his life to exploring the optimum development and astonishing capacities within each individual human being. Across his 12 visionary books and thousands of lectures, he blended cutting-edge science with spirituality and explored the amazing power of imagination for both children and adults--the space where we are able to play with our reality--inspiring millions to discover the human birthright of a more magical world.

In this guide to Pearce’s complete vision of transcendent human potential, Michael Mendizza explores 7 of his most influential books, sharing insights and expertise from Pearce’s full range of interests, from child development and conscious parenting to psychic phenomena and altered states to the power of the mind to shape reality.

Offering essential passages interwoven with Pearce’s own commentary, drawn from personal conversations and unpublished material, this book shows how Pearce’s key insights build across his books, breaking down core assumptions about reality and human potential. We see the importance of imagination and empathic, non-verbal forms of wisdom, which have been long overshadowed--to the peril of humanity--by verbal-intellectual skills with their abstract concepts and ideological perspectives.

Presenting Pearce’s vision of human potential from the 1950s until the end of his life, this book shares Pearce’s life-changing insights into why we have become what we are, contrasted with the miracle nature intends us to be, allowing each of us to break through our self-inflicted limitations and realize our amazing and magical potential.

Joseph Chilton Pearce was unique and completely original in terms of human potential and development. Joe experienced directly the “magical” capacity of mind to enter into and creatively participate in what we call reality. We are all raised to believe that reality is fixed, “the laws of nature,” we call it. Joe spontaneously slipped into a state-of-mind and therefore, state-of-being that transcended what most experience as the laws of nature.

In his mid-twenties, smoking a cigarette and passionately chatting with friends in a bar, Joe was so engrossed that he failed to notice his hot cigarette had burned down to his fingers. A burning cigarette tip is 1292 degrees Fahrenheit. A burn to your skin can be caused by a temperature as low as 44 degrees Celsius, 109.4 Fahrenheit. A higher temperature, more than 80 degrees Celsius, 176 Fahrenheit, can cause a burn in less than a second. Joe’s pal pointed out the he was about to burn his finger. At that moment, for some unknown reason, Joe knew that fire could not burn him, something he demonstrated by snuffing out the cigarette on his hand, then lighting another, extinguishing it on his face, then another on his closed eyelid. Finally puffing on three cigarettes, Joe, being a bit of a show-off, put all three out on his skin. No burns!

This experience, and other less dramatic events, left no doubt that what we call “mind and reality” are a reciprocal dynamic. When events happen that defy the so-called laws of nature, there is a “crack” in our fixed assumptions that reveal astonishing capacities that are excluded, and therefore hidden, by our normal frames of mind and beliefs. An ancient Vedic term used to describe the fixed set of assumptions that form our self-worldview, our reality, is the Cosmic Egg. What happened to Joe that night in the bar was a crack in his Cosmic Egg, which, a decade later, became the title of his first book.

By analogy we can say that quantum physics is a crack in traditional Newtonian physics. The laws of nature operate differently in each realm. From a Newtonian reality-set, quantum physics is magic. The same is true of our assumed (Newtonian) human reality, our psyche, our personal self-worldview. Being reciprocal, our assumed reality operates perfectly well in its limited realm, except when that world cracks open and it does not. During one of our first interviews, I asked Joe; “what is the unifying theme that held all of his works together?” “Understanding our astonishing capacities and self-inflicted limitations,” was his reply. And that is exactly what he did for more than half a century.

And what are our self-inflicted limitations? Very simply, we don’t understand the nature of our own mind. Therefore, our approaches to parenting, schooling, higher education, organized religions, the corporate and private sector, each of these, in their own way, create a reality that is in conflict with our true nature, which is nature, with its astonishing creative capacities. From my interview with physicist, David Bohm:

“We are faced with a breakdown of general social order and human values that threatens stability throughout the world. Existing knowledge cannot meet this challenge. Something much deeper is needed, a completely new approach. I am suggesting that the very means by which we try to solve our problems is the problem. The source of our problems is within the structure of thought itself.”

Jean Piaget, a Swiss psychologist known for his work on child development, described the “absorbent mind of the child,” how they “accept and become, without question, the models given.” For most of human existence the model given was nature. Approximately 50,000 years ago, the neocortex emerged with its astonishing capacity to imagine, and with it evolved extended memory, symbols, past and future, psychological thought, ego, and culture. So powerful are those images that psychological imagination became the false altar of the intelligence we worship, the mirror children see themselves in and become. Without question, children absorb and become thought-ego-culture, as their personal identity, which emerge from the same core capacity--Maya, a false reality that looks like reality.

Implicit in this false, or at least, limited reality, is a false identity, a false bond, a false self-worldview that blinds children and prevents them from experiencing, embracing, and expressing their true, authentic nature, which is nature. In the simplest of terms, children bond to an imagined culture instead of their true nature. Of course, we need thought, imagination, and culture, but we need not identify with it. That is the first key.

Because we don’t understand our own imagination and thought process, at the root, which is the second key, David Bohm described how the mechanical and reflexive nature of thought reifies its images, falsely treating what the image represents as independent reality, separate from the process that creates the image. The distortion this creates disturbs everything we do--now quickly sliding all of us towards global extinction.

David Bohm noted, “Something much deeper is needed, a completely new approach,” and Joe agreed. This deeper response emerges from an awakening from the spell of culture and a re-identification or bond with our true source as our core identity. This awakening creates a crack in the limited reality culture. The question is: How can this awakening be achieved as digital technology submerges the global psyche more deeply in this enchantment? This collection of Joe’s core insights opens the door to astonishing capacities by revealing our self-inflicted limitations. At a moment in human evolution teetering on self-destruction, to remain trapped in the imagined reality we call culture has become suicidal. Joe offers a parachute, a way out, as we go sliding down the precipices.