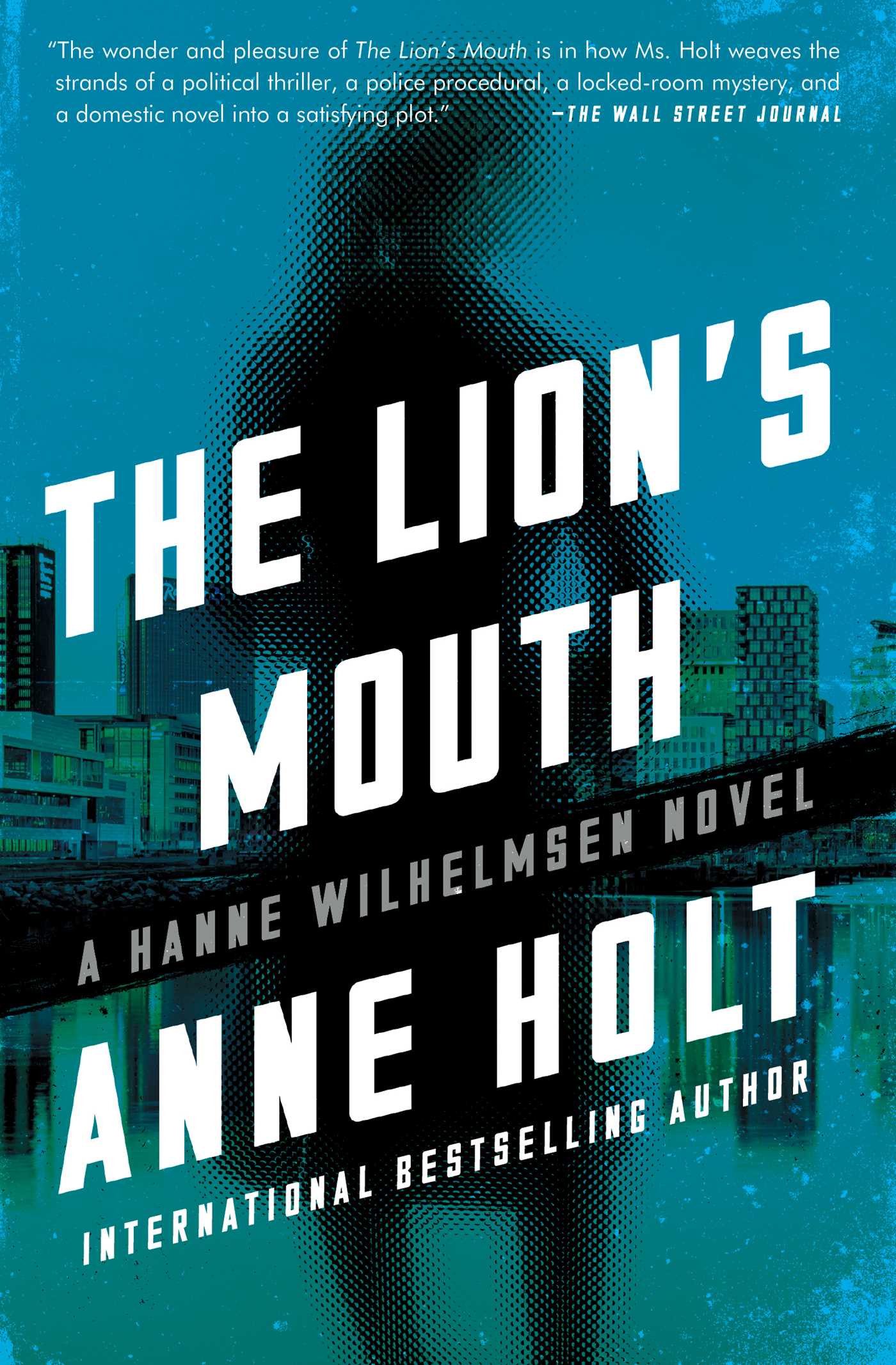 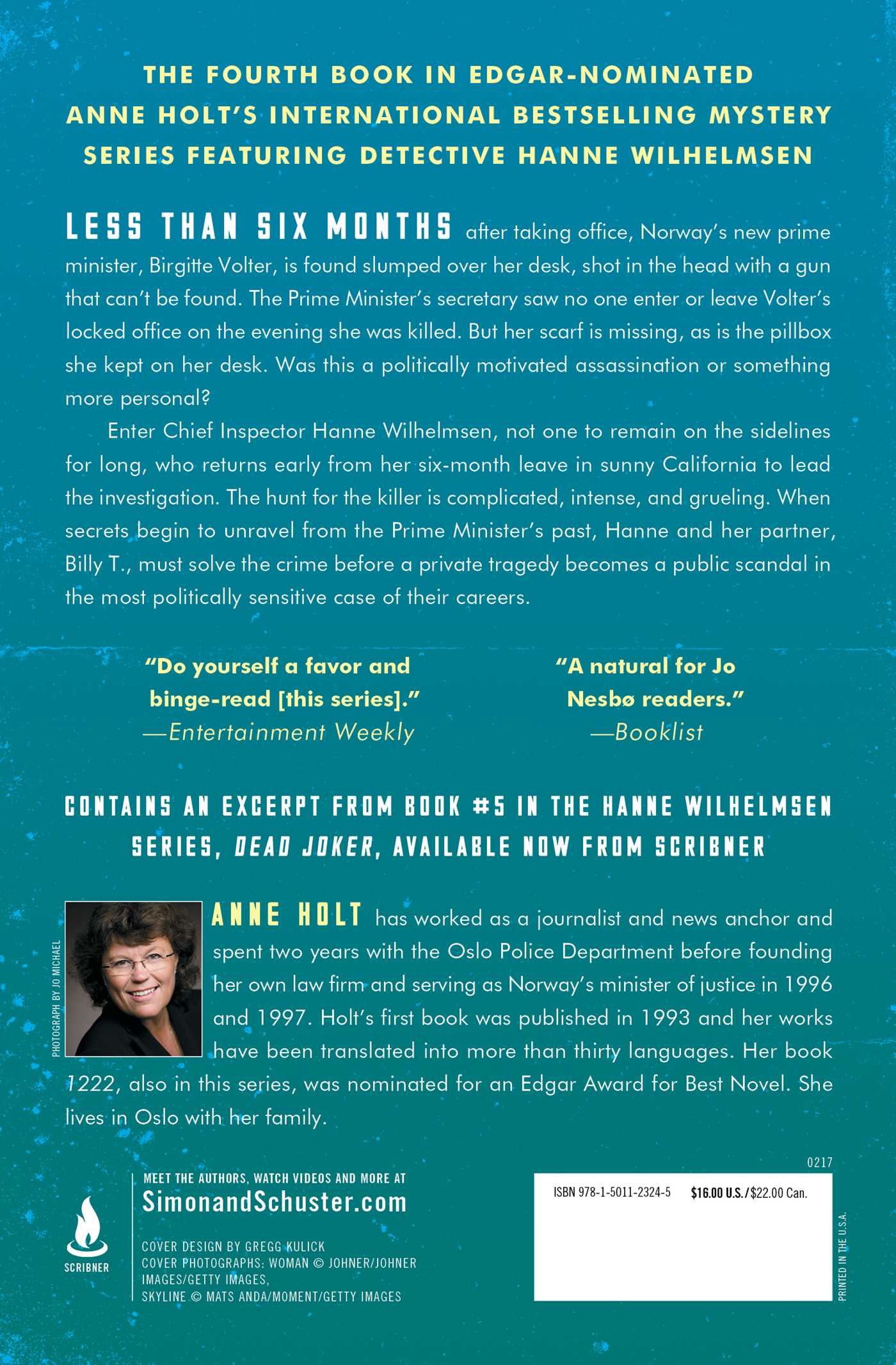 The country’s new female prime minister has been shot dead and the gun can’t be found in Anne Holt’s fourth mystery in the award-winning, internationally bestselling Hanne Wilhelmsen books that are “a natural for Jo Nesbø readers” (Booklist, starred review).

Less than six months after taking office, the Norwegian Prime Minister is found dead. She has been shot in the head. Was it a politically motivated assassination or personal revenge?

Hanne Wilhelmsen, chief inspector of the Oslo police, is on leave in California, but when the death shakes the country to its core, she knows she can’t remain on the sidelines of such a crucial investigation. The hunt for the Prime Minister’s killer is complicated, intense, and grueling. When secrets begin to unravel from the Prime Minister’s past, Hanne and her partner, Billy T., must solve the crime before a private tragedy becomes a public scandal in the most sensitive case of their careers.

Filled with lies, deception, and the truth about government, “The Lion’s Mouth tackles the ruthlessness of political power [in] the most sensitive investigation of Hanne Wilhelmsen’s career” (Financial Times). “The wonder and pleasure…is in how Ms. Holt weaves the strands of a political thriller, a police procedural, a locked-room mystery, and a domestic novel into a satisfying plot” (The Wall Street Journal). 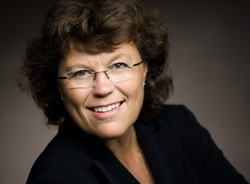 Praise for The Lion's Mouth

"Holt uses her surprising plot to highlight the nature of power and the extent to which it can corrupt."

"A fine addition to a noteworthy series, spotlighting a politically sensitive case in the broader context of Norwegian society. A natural for Jo Nesbø readers."

“The wonder and pleasure of The Lion's Mouth is in how Ms. Holt – Norway’s former minister of justice – weaves the strands of a political thriller, a police-procedural, a locked-room mystery and a domestic novel into a satisfying plot.”

"Within this English translation of Holt's 1997 novel lies a twisty tale of political intrigue...a clever mystery."

Praise for the Hanne Wilhelmsen series