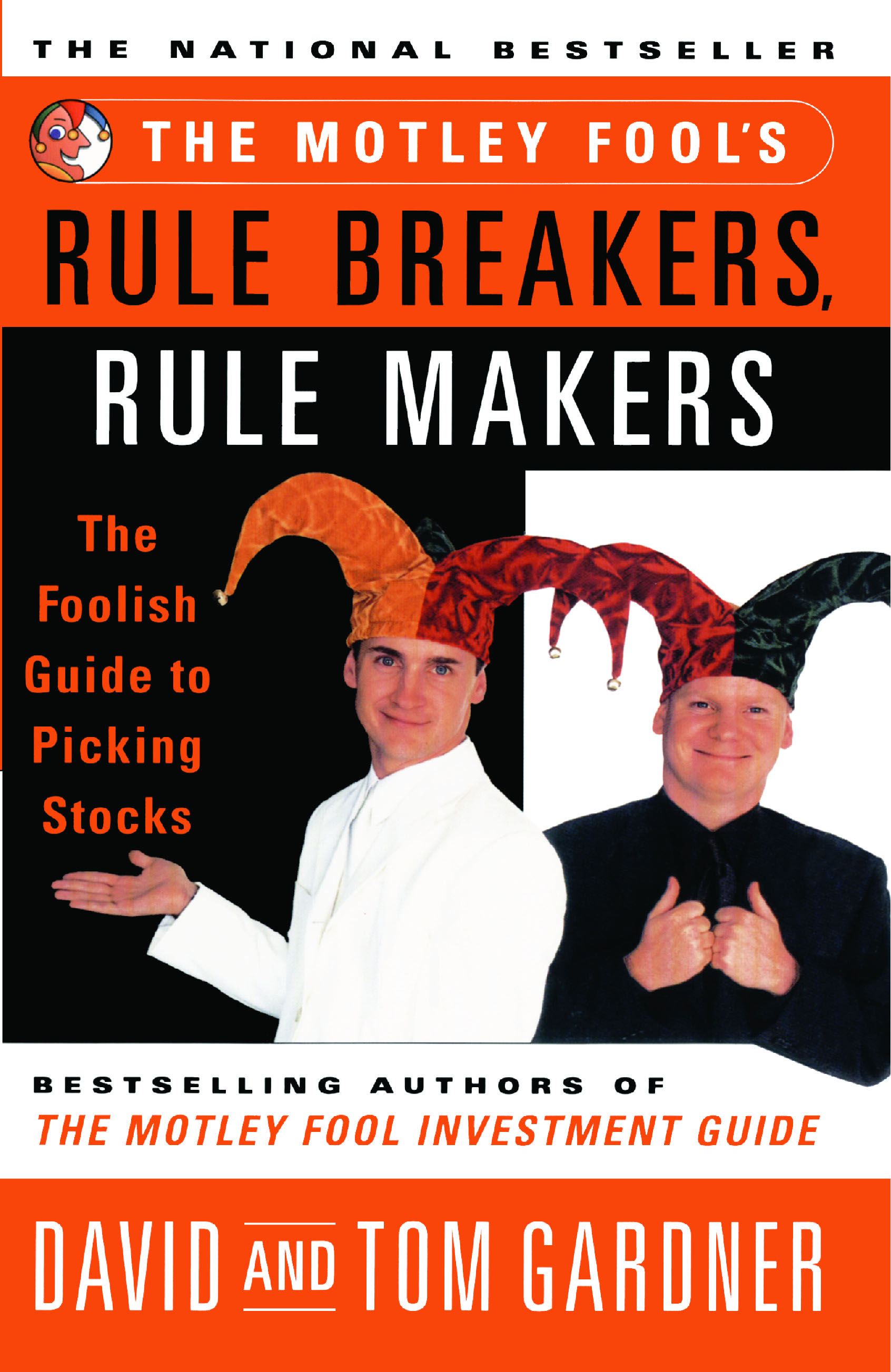 The Foolish Guide to Picking Stocks

THE NEW YORK TIMES BESTSELLER
From the bestselling authors of The Motley Fool Investment Guide and its successful, savvy prequel, The Motley Fool's You Have More Than You Think, here's an engaging, humorous, and practical stock-picking guide, packed with Foolish insights, that caps off this invaluable personal finance trilogy from David and Tom Gardner.
The Motley Fool's Rule Breakers, Rule Makers presents the sophisticated, yet easy-to-understand stock-picking methods that have kept the Motley Fool portfolio beating the Standard & Poor's averages by more than 30 percent. The key is investing in small start-up companies that have historically offered the greatest investment returns (the "rule breakers") as well as huge companies that maintain legal monopolies in their fields (the "rule makers"). The Gardner brothers explain
* How to identify the best investments in today's public markets: the rule breakers and the rule makers
* The definition of a "tweener" -- a maturing rule breaker -- and how to detect the Tweener Death Rattle
* When to buy and when to sell, and how to manage your portfolio on a regular basis
In their first two books, the Fools got you started in investing and freed you from the fees and worries that Wall Street's Wise Men have been imposing on investors for decades. Now, by sharing their methods for picking rule breakers and rule makers, they guide you through a stock market that has seen company valuations soar to unprecedented heights and that promises to continue providing roller-coaster thrills. The Motley Fools are the ultimate companions to bring along for a safe, fun, and profitable ride.

I say the earth did shake when I was born.

As Charles Darwin did before him, the celebrated Harvard paleontologist Stephen Jay Gould has made much ado -- has filled whole books, actually -- about one of our society's common misconceptions regarding evolutionary theory. Namely, that many of us fallaciously view evolution as a process of continual improvement, as if our species -- all species, in fact -- were following a constant upward progression from less complex to more complex, from less intelligent to more intelligent, from weaker to stronger.

We tend to think this way because we all tend to place our own species (not without some cause, mind you) at the height of the "evolutionary pyramid." It is we, after all, who have developed selfconsciousness, who are capable of creating tools to build everything from fast cars to junk cereals, who have thought things through enough to touch the moon. And we're the latest thing, as species go, the most recent arrival to the party. (Humanity has only been on the planet for the last 45,000 years, meaning that our character's first appearance comes in the latest chapter, 100,000, of our planet's long-running drama.) Given all this, one can easily see how some might conclude that evolution must involve constant improvement: the most creative species of all has been the most recent development on planet Earth. Everything must have been a prelude to the Coming of Man.

Gould counters this fallacy by explaining that evolution doesn't necessarily entail something getting better and better, only that it is continuing to adapt successfully to changing environments. He would argue, for instance, that ff global environmental conditions suddenly made it advantageous to be stupid, only the stupid among us would survive and eventually propagate -- that's just natural selection, the principle at the heart of the theory of evolution, at work. Of course, that's a silly example, but it's useful in distinguishing what is "true evolution" from what isn't. Natural selection simply causes species to evolve in a way that best suits their given environment; it does not by definition result in species that are inherently and progressively "smarter," faster, stronger.

If you're wondering just what the heck this has to do with a business-and-investing book, wonder no more. Consider this: Natural selection, the crucial driving force of organic evolution, is the cleanest metaphor I can think of for what drives success in business -- and success is of utmost interest to business managers and long-term investors alike.

In the context of this book, the things being naturally selected are not advantageous genetic traits, but, rather, the advantageous characteristics of a business model or strategic plan, as well as those of a particular workforce capable of dreaming up such plans and executing them. The agents of natural selection in business are not, of course, environmental conditions, but customers and their needs. It is customers who naturally select businesses, and thereby cause industries and economies to evolve over time. Some companies will win and some will lose, and what separates the one group from the other will be its ability to adapt to the needs of customers in changing consumer and marketplace environments. If you understand this, you're already well on the way toward understanding what a Rule Breaker is.

OK, with that said, know that the evolution of the business world has fixed a number of rules that have become so ingrained as part of the status quo that many of us take them for granted. Do these examples feel like rules to you? They do to me:

* Typewriters will never come back to displace computers.

* By virtue of their sheer global dominance, Coca-Cola and PepsiCo cannot be dislodged as the number-one and number-two market leaders in soft drinks.

* What worked yesterday in fashion will be flouted today but could emerge tomorrow as the Next Big Thing.

* Home-cooked meals are yielding to eating out, takeout, and delivery.

* With its superior technology and near monopoly, Intel cannot be dislodged as the market leader in microprocessors.

These truisms and many others form the "rules" of our time; they define the way our world works, the way things are -- the way that business has evolved. Most businesses did not have a part in creating this status quo, but they probably still benefit from it, as in some cases they work to supply the beneficiaries (the Rule Makers), or, in most cases, at least buy from them.

But the only constant, as we've heard again and again, is change. And thus the changing needs of customers change the business environment and create opportunity. Indeed, it is when established industries fail to evolve that opportunities arise for the Rule Breakers.

So let's make like Scrooge and spend some time gazing back at the rules of Business World Past. Do these sound familiar?

* Ma Bell telephony provides consumers with the cheapest, most efficient way to exchange information when not face-to-face.

* World markets are best understood by matching them with their political alignments; economies are NATO-aligned, Soviet-aligned, or other.

* Superstores are the natural, most profitable, and emphatic endpoint to retail, the final stop in a progression that ran from mom-and-pop to boutique and on through mall.

* The bubonic plague is incurable.

At one or another point in history, each of these was a rule every bit as unwavering as our previous set of examples. Yet now, they are all in tatters. This list could go on and on, too: the horse-and-buggy -- hello, Ford the candle -- hello, Edison the iceman came, then -- hello, refrigerators! -- the iceman went!

How does this happen? Remember the fallacy that Stephen Jay Gould points out in our ideas about evolution: most of these companies or industries are guilty of it. Once-successful companies that ultimately became unsuccessful believed in and focused on constantly improving, rather than adapting. Their research and development money went to upgrade their existing products and their marketing money was spent on promoting these products; they were always looking to cut costs, and their competitive research was confined to the study of industry players who were playing the same game by the same set of rules. Companies like this are doing all the right things, but it may be the beginning of the end.

For in such circumstances, the original business solution that brought a company into being in the first place may suddenly be lost. But whether due to myopia, arrogance, fear, or sheer inertia -- or a combination of these -- the company's in too deep and can't turn back. Time for some competitor, some naughty entrepreneur, to come in and kick down the doors, and the one thing you can say for sure about capitalism is that this is exactly what will happen: someone's going to start breaking all the rules.

This part of the book attempts to define, locate, and illustrate what sets these Rule Breakers apart. Each of the following half-dozen chapters will introduce and examine one of the Rule Breaker's attributes, all six of which must be present in any true Rule Breaker.

Why Rule Breakers? Why bother reading on? Two reasons:

Second, Rule Breakers provide inspiration and guidance to all business people, be they managers, planners, or executors. Rule-breaking is capitalism's special sauce, its tastiest and most necessary condiment. So, let's spend some time together eating like gourmands and studying like chefs.

Then, be the sauce. 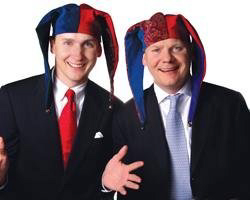 David Gardner learned from his father how to invest, and with his brother, Tom, started The Motley Fool in 1993 with a mission to educate, amuse, and enrich. Today, the Fool works to empower individual investors, reaching millions every month through its website, premium services, podcasts, radio show, newspaper column, and more. With Tom they have coauthored several books, including You Have More Than You Think, Rule Breakers, Rule Makers, and The Motley Fool Investment Guide for Teens. 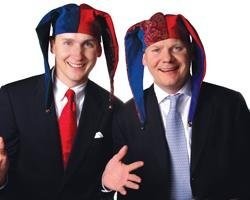 Tom Gardner learned from his father how to invest, and with his brother, David, started The Motley Fool in 1993 with a mission to educate, amuse, and enrich. Today, the Fool works to empower individual investors, reaching millions every month through its website, premium services, podcasts, radio show, newspaper column, and more. With David they have coauthored several books, including You Have More Than You Think, Rule Breakers, Rule Makers, and The Motley Fool Investment Guide for Teens.

The Foolish Guide to Picking Stocks