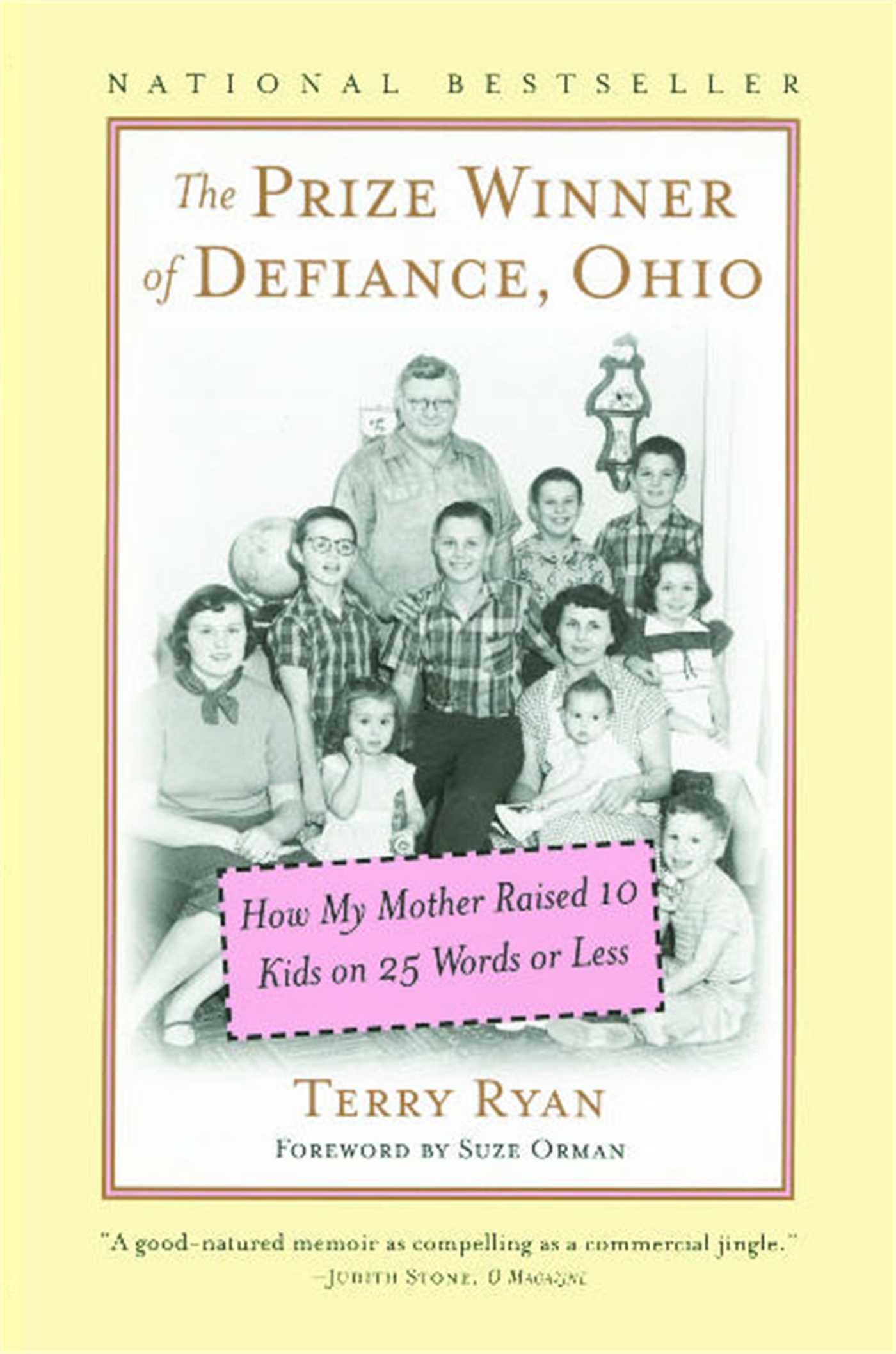 The Prize Winner of Defiance, Ohio

How My Mother Raised 10 Kids on 25 Words or Less

The Prize Winner of Defiance, Ohio introduces Evelyn Ryan, an enterprising woman who kept poverty at bay with wit, poetry, and perfect prose during the "contest era" of the 1950s and 1960s.
Stepping back into a time when fledgling advertising agencies were active partners with consumers, and everyday people saw possibility in every coupon, Terry Ryan tells how her mother kept the family afloat by writing jingles and contest entries. Mom's winning ways defied the Church, her alcoholic husband, and antiquated views of housewives. To her, flouting convention was a small price to pay when it came to securing a happy home for her six sons and four daughters. Evelyn, who would surely be a Madison Avenue executive if she were working today, composed her jingles not in the boardroom, but at the ironing board.
By entering contests wherever she found them -- TV, radio, newspapers, direct-mail ads -- Evelyn Ryan was able to win every appliance her family ever owned, not to mention cars, television sets, bicycles, watches, a jukebox, and even trips to New York, Dallas, and Switzerland. But it wasn't just the winning that was miraculous; it was the timing. If a toaster died, one was sure to arrive in the mail from a forgotten contest. Days after the bank called in the second mortgage on the house, a call came from the Dr Pepper company: Evelyn was the grand-prize winner in its national contest -- and had won enough to pay the bank.
Graced with a rare appreciation for life's inherent hilarity, Evelyn turned every financial challenge into an opportunity for fun and profit. From her frenetic supermarket shopping spree -- worth $3,000 today -- to her clever entries worthy of Erma Bombeck, Dorothy Parker, and Ogden Nash, the story of this irrepressible woman whose talents reached far beyond her formidable verbal skills is told in The Prize Winner of Defiance, Ohio with an infectious joy that shows how a winning spirit will triumph over the poverty of circumstance. 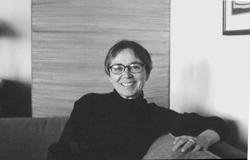 Terry Ryan, the sixth of Evelyn Ryan's ten children, was a consultant on the film adaptation of The Prize Winner of Defiance, Ohio. She lives in San Francisco, California.

Judith Stone O Magazine A good-natured memoir as compelling as a commercial jingle.

Book of the Week People Nabs first prize in the memoir genre.

The New Yorker This plucky middle American chronicle, starring an unsinkable, relentlessly resourceful mother and her Madison Avenue-style magic, succeeds on many levels -- as a tale of family spirit triumphing over penury, as a history of mid-century American consumerism, and as a memoir about a woman who was both ahead of her time and unable to escape it.

The Prize Winner of Defiance, Ohio

How My Mother Raised 10 Kids on 25 Words or Less