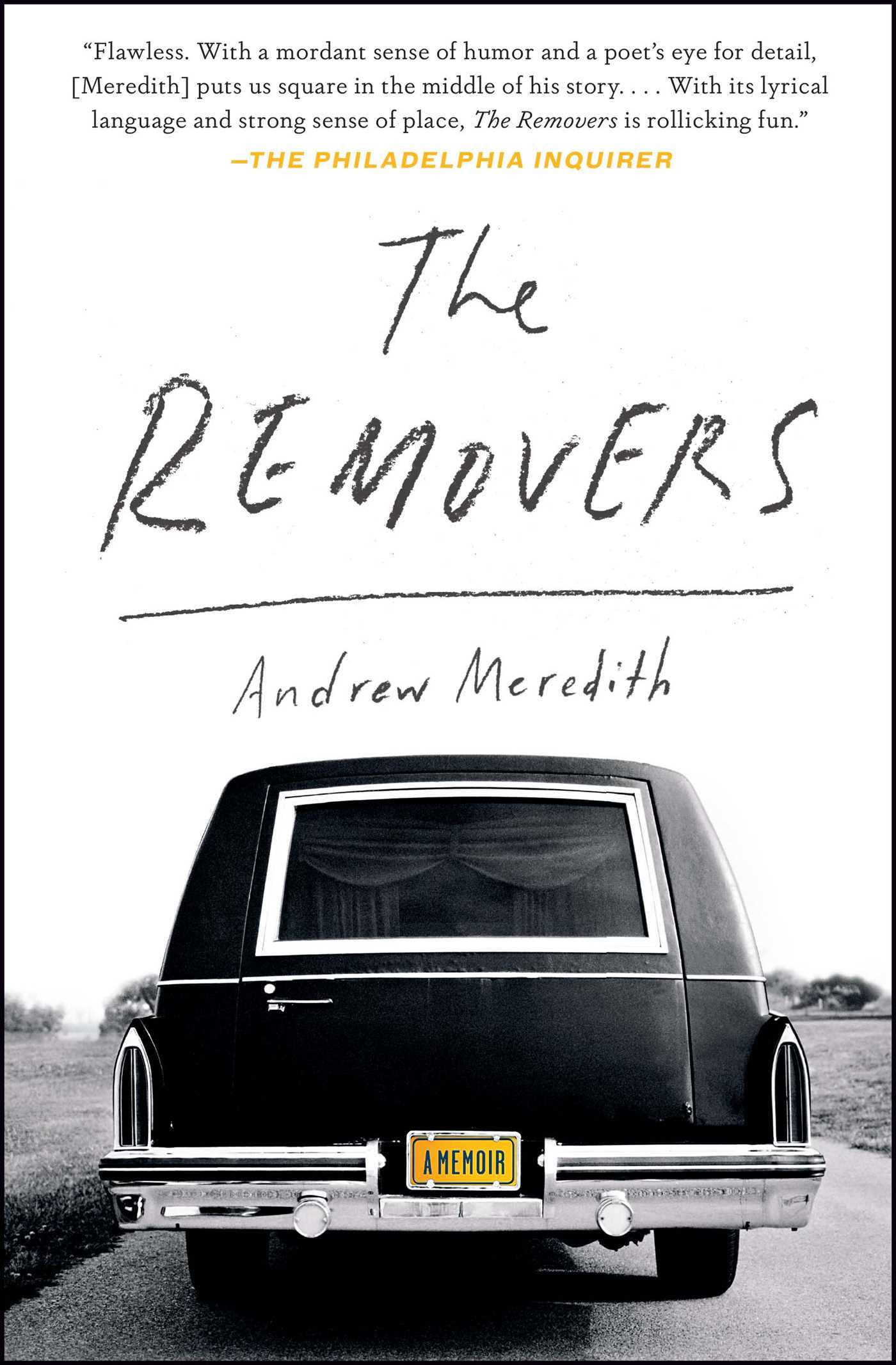 By Andrew Meredith
LIST PRICE $16.99
PRICE MAY VARY BY RETAILER

“A darkly funny memoir about family reckonings” (O, The Oprah Magazine)—the story of a young man who, by handling the dead, makes peace with the living.

Andrew Meredith’s father, a literature professor at La Salle University, was fired after unspecified allegations of sexual misconduct. It’s a transgression that resulted in such long-lasting familial despair that Andrew cannot forgive him. In the wake of the scandal, he frantically treads water, stuck in a kind of suspended adolescence—falling in and out of school, moving blindly from one half-hearted relationship to the next. When Andrew is forced to move back home to his childhood neighborhood in Northeast Philadelphia and take a job alongside his father as a “remover,” the name for those unseen, unsung men whose charge it is to take away the dead from their last rooms, he begins to see his father not through the lens of a wronged and resentful child, but through that of a sympathetic, imperfect man.

Called “artful” and “compelling” by Thomas Lynch in The Wall Street Journal, Meredith’s poetic voice is as unforgettable as his story, and “he tucks his bittersweet childhood memories between tales of removals as carefully as the death certificates he slips between the bodies he picks up and the stretcher-like contraption that transports each body to the waiting vehicle” (Minneapolis Star-Tribune). “Potent” (Publishers Weekly), and “ultimately rewarding” (The Boston Globe), The Removers is a searing, coming-of-age memoir with “lyrical language and strong sense of place” (The Philadelphia Inquirer). 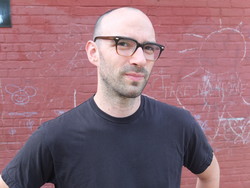 Andrew Meredith has been awarded fellowships from Yaddo and from the Fine Arts Work Center in Provincetown. He received an MFA in Fiction from UNC-Greensboro. The Removers is his first book.

"A coming-of-age tale laden with corpses and casual sex, fledging children and family ties, the stoop and strain, the heft and haulage of life's dead weights... Mr. Meredith knows how to make sentences... The reader is edged, inevitably, up and back between the good laugh and good cry by his artful prose....Compelling… It turns out that, by getting the dead where they need to go, the living can get where they need to be.”

“Flawless… With a mordant sense of humor and poet's eye for detail, [Meredith] puts us square in the middle of his story... Rollicking fun.”

"Powerful...Meredith writes with plainspoken grace and easy humor... Meredith meditates on failure and family with an honesty so raw it’s almost painful. What makes this memoir ultimately rewarding is its steadfast testimony of Meredith’s progress toward becoming the kind of man he wants to be. "

"[Father and son] delivering bodies of the recently dead to a mortician... That is the substrate of this memoir, and also its ruling metaphor: the image of the death of the family. Piercingly, it is also the avenue, via skin and smell and mortality, to the book’s ecstatic conclusion."

"Meredith’s memoir of how his life was affected by his father’s transgression is itself poetic, and he tucks his bittersweet childhood memories between tales of removals as carefully as the death certificates he slips between the bodies he picks up and the stretcher-like contraption that transports each body to the waiting vehicle."

"Dark and bleak and funny and utterly Philly... a tour de force"

"This memoir is much more alive than the bodies it describes—rich in language and delicate in its portrayal of a son who suddenly sees his father as imperfect yet irredeemably human."

"Poignant...bittersweet, but also frequently, improbably hilarious...This book will ring true to anyone who ever yearned to grow up, only to find that coming of age is more painful and beautiful than they ever imagined."

"A coming-of-age memoir within a morbidly unconventional context."

“You might be forgiven, at first, if you believe that the book in your hands is about creatures from another planet (We are nobodies. We are men made to be forgotten. We are paid to be invisible.). Prepare yourself—as you wander more deeply into this brightly-lit, finely wrought nightmare, the mirrors start appearing. Sex and death might propel the story forward, but by the end Andrew Meredith peals back the night to reveal what we are made of. The removers are not only among us, they are us. A tour-de-force whispered from the shadows.”

– Nick Flynn, author of Another Bullshit Night in Suck City

“The Removers is for anyone whose adolescence has taken too long, whose hands need useful work, or who wants to put his family grudges away and get on with the rewards of adult life—such as the wicked laughs and the sweet, tender, singing prose of this wonderful book.”

– Salvatore Scibona, author of The End

“The Removers is angry and forgiving, sometimes hideous, tough, emotionally compelling, and important. Andrew Meredith comes of age, struggles, and survives in the disintegrating blue-collar environs of Philadelphia. This book can unlock doors. Get your hands on it right away.”

– William Kittredge, author of Hole in the Sky

“Andrew Meredith writes with the eye of a poet and the heart of a man transformed. The Removers brims with moments of unforgettable beauty and raw honesty.”

By Andrew Meredith
LIST PRICE $16.99
PRICE MAY VARY BY RETAILER