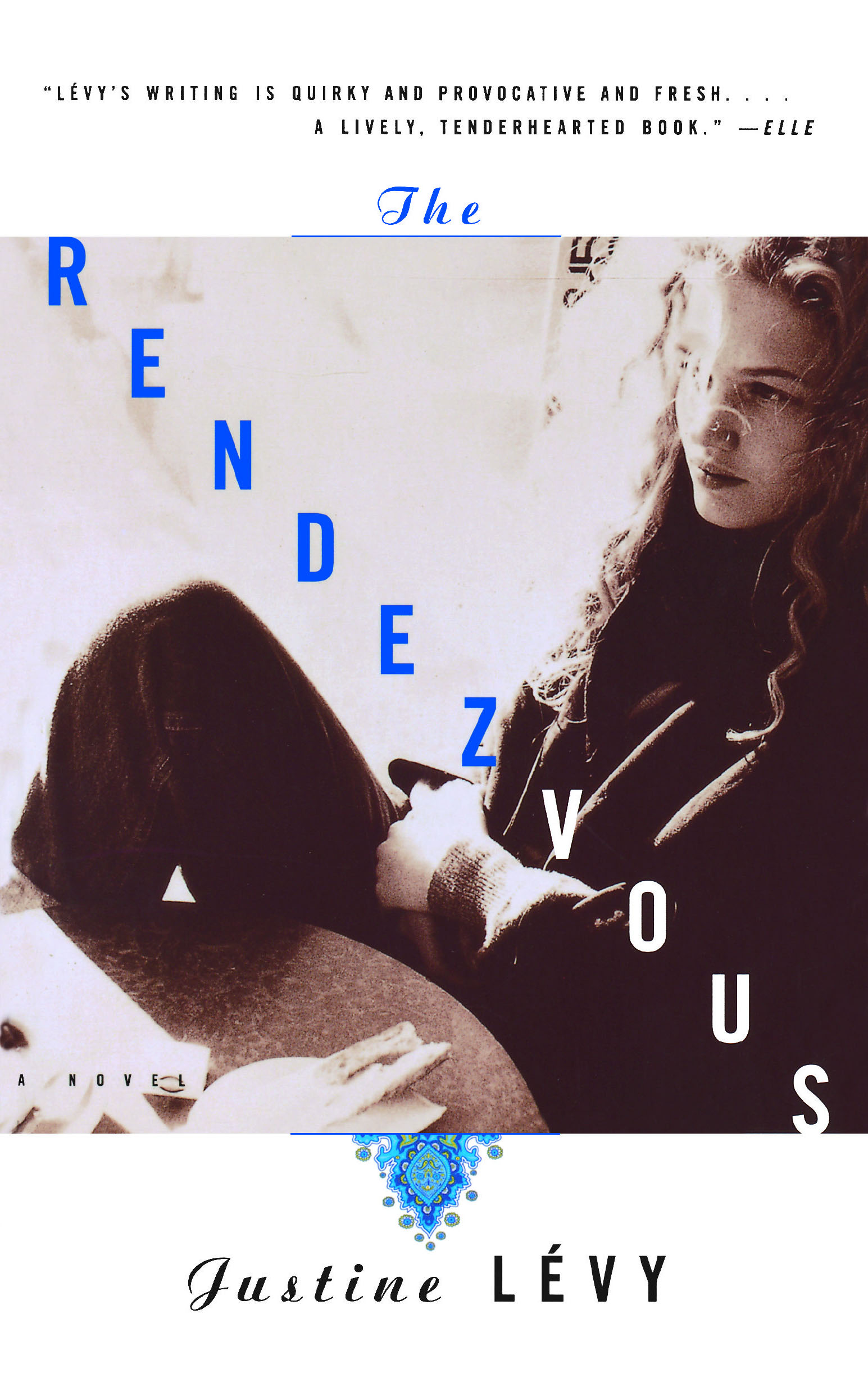 The Rendezvous is a beautiful and evocative first novel that blurs all lines between memoir and fiction. In a painfully sentimental journey, Louise, a sophisticated eighteen-year-old Parisian student, sits in a café awaiting the arrival of her long-absent mother, an aging hippie and former fashion model.
As the hours pass and Louise waits, she reaches deeper and deeper into her store of memory, recalling the early failure of her parents' marriage. Louise remembers how brief and unfulfilling meetings with her mother have punctuated her safe and secure life with her father, a world-renowned conductor. Carefully walking the balance between anticipation and fear, Louise meditates upon the chaos of her mother's life, a life of decadence, drugs, and irresponsibility.
Coming face-to-face with the powerful love she feels for her mother, Louise wryly acknowledges the complexity of a relationship filled with countless letdowns and unwavering devotion. Written with a wisdom that transcends age and the wit and savvy of a true survivor, The Rendezvous is a poignant examination of the transition to young adulthood and the often startling awareness of a parent's fallibility.

Chapter 1
I'm the best thing mama ever did. At least that's what she claims.
"You're a miracle, my little miracle," she used to tell me in a fit of sadness.
The miracle wasn't me, or my name, or my face, but the happiness I reminded her of. The miracle was that I looked so much like the person she loved, the person who had left her. The miracle was that I lived on after their love was dead, that papa continued in me. It was that commonplace wonder -- a father diluted in his child.
When she took me in her arms, she would study my face for a sign of his face, his smile, his glance. For a long time, she clung to these coincidences, to the ways we looked alike. Papa was still there in me. Through me, their lives were bound together, the splendor and misery of that love.
And then, it was my turn to leave her. I was seven years old, I had to get out, so I ran away, more or less. I know she felt it as a terrible defeat. And by leaving her that way I really think I lost her. How long has it been since she stopped holding me close to her heart? I miss it.
Her tenderness is somewhere else now. I perceive it from time to time, glimmers of it, in her laughter, on the telephone, in the way she wears her gray fox coat, the perfume in the fur. That perfume -- is it the only thing I have left of her?
A message, yesterday, on my answering machine: "Hello, pet, I'm back from Kuala Lumpur, I have a lot of silly little things to tell you. Would you meet me at the Escritoire, in the Place de la Sorbonne, tomorrow at eleven? Kisses and hugs, my kitten."
"My kitten." Okay. Other people would say "my baby," "my angel," "my dear little girl," but she says "my kitten." The main thing is to get along with each other.
Right now she's late, as usual. I should be quite clear about this: Mama is a chronagnostic; time exists, but she doesn't believe in it. That's the way it is. However, she always feels the need to vindicate herself. So she makes up something, anything at all, as quickly as possible. She was pursued by a hired killer. Went to vote by proxy for an old aunt with a cold. Saved a cat from drowning. Didn't wake up. Went back to sleep. Took a sleeping pill instead of a vitamin. Was bitten by a lady in the post office.
When I was little I needed her lies, even if they hurt me. Now what discourages me is that I don't believe her anymore. So I pretend, because I'm so tired; she doesn't even bother to do a good job of lying anymore. What she says is always improbable, but she sticks by it.
Mama lies. There. It's her cure for depression, her remedy for the disease of feeling unimportant. Reality bounces off her, nothing matters: she smokes a joint at breakfast, forgets to have dinner, falls asleep on a bus.
"Oh, yes, pet, I know I'm strange -- it's a sort of profession."
Last summer, on one of "our" Sundays, which we we were to spend together, we had a date to go visit some of her friends in Chartres. Mama was driving. Suddenly she made a right turn.
"This way looks nice."
"You're crazy?
"I should hope so!"
In the end, we found ourselves back in Cannes. We never saw those particular friends again.
Once, just once, I asked her to explain it to me. How can a person live outside of everything, within a complete illusion?
"You know, my kitten, the illusion of happiness is always the happiness of an illusion...."
Mama, the great sage in the presence of the Eternal.
The fact is, she will come. That's the most important thing: Mama always comes in the end. She'll order a draft beer, draw a heart in the foam with her finger. She won't drink it: The only thing she likes about beer is its color. I think I know her through and through. And yet how many times I've said to myself, seeing her arrive: That isn't her!
She's disarming.
She'll come, and when she enters the cafe, she'll attract every eye, and silence will fall around us.
Copyright &copy; 1995 by Plon
Justine Levy

Barbara Fischer The New York Times Book Review Provides a devastating description of the fierce and firm grip of a young woman's love, a reminder that while it is painful to hope and be disappointed, it is more painful still to give up hoping.

Patrick Besson Paris Match Like Françoise Sagan and Patrick Modiano before her, Justive Lévy has exploded onto the literary scene.