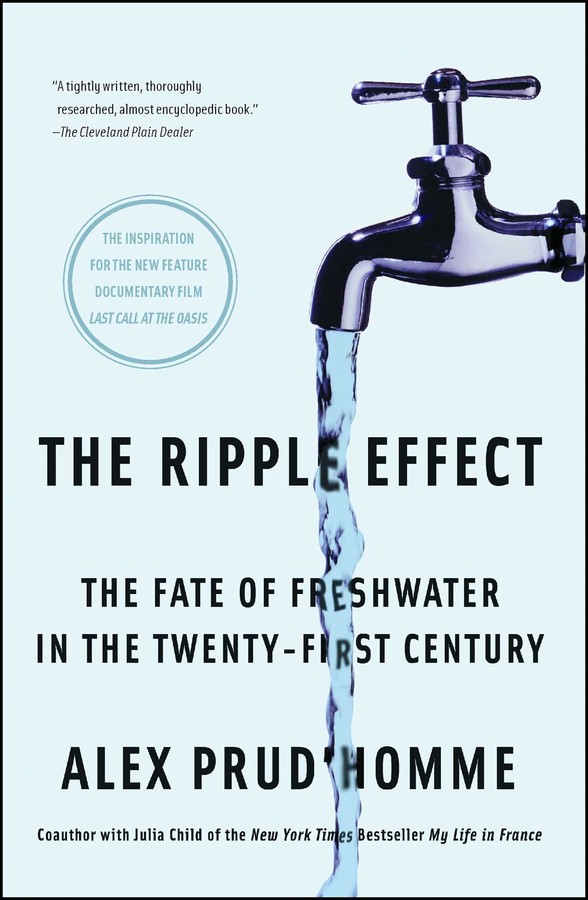 The Fate of Freshwater in the Twenty-First Century

From the bestselling coauthor with Julia Child of My Life in France “a balanced and insightful assessment of what could emerge as the dominant issue in decades ahead” (Associated Press)—the fate of fresh water in the twenty-first century.

Will there be enough drinkable water to satisfy future demand? What is the state of our water infrastructure—both the pipes that bring us freshwater and the levees that keep it out? How secure is our water supply from natural disasters and terrorist attacks? Can we create new sources for our water supply through scientific innovation? Is water a right like air or a commodity like oil? Will the wars of the twenty-first century be fought over water?

As the climate warms and world population grows, demand for water has surged, but supplies of freshwater are static or dropping, and new threats to water quality appear every day. The Ripple Effect is Alex Prud’homme’s vividly written and engaging inquiry into the fate of freshwater in the twenty-first century.

Like Daniel Yergin’s classic The Prize: The Epic Quest for Oil, Money & Power, Prud’homme’s The Ripple Effect is a masterwork of investigation and dramatic narrative. Prud’homme introduces readers to an array of colorful, obsessive, brilliant—and sometimes shadowy— characters through whom these issues come alive. The Ripple Effect will change the way we think about the water we drink.

Thousands have lived without love—not one without water.

It is scarcity and plenty that makes the vulgar take things to be precious or worthless; they call a diamond very beautiful because it is like pure water, and then would not exchange one for ten barrels of water.

—Galileo Galilei, 1632
THE PARADOX OF WATER

The received wisdom is that America has some of the best water in the world—meaning that we have the cleanest and most plentiful supply of H2O anywhere, available in an endless stream, at whatever temperature or volume we wish, whenever we want it, at hardly any cost. In America, clean water seems limitless. This assumption is so ingrained that most of us never stop to think about it when we brush our teeth, power up our computers, irrigate our crops, build a new house, or gulp down a clean, clear drink on a hot summer day.

It’s easy to see why. For most of its history, the United States has shown a remarkable ability to find, treat, and deliver potable water to citizens in widely different circumstances across the country. Since the seventies, America has relied on the Environmental Protection Agency and robust laws—most notably the Clean Water Act and the Safe Drinking Water Act, which have been further enhanced by state and local regulations—to protect water supplies. Even our sewer systems are among the best in the world, reliably limiting the spread of disease and ensuring a healthy environment. At least, that is what the water industry says.

To put the state of American water in perspective, consider that by 2000 some 1.2 billion people around the world lacked safe drinking water, and that by 2025 as many as 3.4 billion people will face water scarcity, according to the UN. What’s more, as the global population rises from 6.8 billion in 2010 to nearly 9 billion by 2050, and climate change disrupts familiar weather patterns, reliable supplies of freshwater will become increasingly threatened. In Australia and Spain, record droughts have led to critical water shortages; in China rampant pollution has led to health problems and environmental degradation; in Africa tensions over water supplies have led to conflict; and in Central America the privatization of water has led to suffering and violence.

At a glance, then, America seems to be hydrologically blessed. But if you look a little closer, you will discover that the apparent success of our water management and consumption masks a broad spectrum of underlying problems—from new kinds of water pollution to aging infrastructure, intensifying disputes over water rights, obsolete regulations, and shifting weather patterns, among many other things.

These problems are expensive to fix, difficult to adapt to, and politically unpopular. Not surprisingly, people have tended to ignore them, pretending they don’t exist in the secret hope that they will cure themselves. Instead, America’s water problems have steadily grown worse. In recent years, the quality and quantity of American water has undergone staggering changes, largely out of the public eye.

Between 2004 and 2009, the Clean Water Act (CWA) was violated at least 506,000 times by more than twenty-three thousand companies and other facilities, according to EPA data assessed by the New York Times. The EPA’s comprehensive data covers only that five-year span, but it shows that the number of facilities violating the CWA increased more than 16 percent from 2004 to 2007. (Some polluters illegally withheld information about their discharges, so the actual contamination was worse.) The culprits ranged from small gas stations and dry-cleaning stores, to new housing developments, farms, mines, factories, and vast city sewer systems. During that time, less than 3 percent of polluters were punished or fined by EPA regulators, who were politically and financially hamstrung.

During the same period, the quality of tap water deteriorated, as the Safe Drinking Water Act (SDWA) was violated in every state. Between 2004 and 2009, a study by the Environmental Working Group (EWG), a nonprofit watchdog organization, found, tap water in forty-five states and the District of Columbia was contaminated by 316 different pollutants. More than half of those chemicals—including the gasoline additive MTBE, the rocket-fuel component perchlorate, and industrial plasticizers called phthalates—were unregulated by the EPA and thus not subject to environmental safety standards. Federal agencies have set limits for ninety-one chemicals in water supplies; the EWG study found forty-nine of these pollutants in water at excessive levels. Translated, this means that the drinking water of 53.6 million Americans was contaminated.

Many people have turned to bottled water as a convenient, supposedly healthier alternative to tap, but a 2008 test by EWG found that bottled water (purchased from stores in nine states and the District of Columbia) contained traces of thirty-eight pollutants, including fertilizers, bacteria, industrial chemicals, Tylenol, and excessive levels of potential carcinogens. The International Bottled Water Association, a trade group, dismissed the EWG report as exaggerated and unrepresentative of the industry, demanding that EWG “cease and desist.” EWG stuck to its conclusions and objected to the industry’s “intimidation tactics.”

The health consequences of water pollution are difficult to gauge and likely won’t be known for years. But medical researchers have noticed a rise in the incidence of certain diseases, especially breast and prostate cancer, since the 1970s, and doctors surmise that contaminated drinking water could be one explanation. Similarly, the effect of long-term multifaceted pollution on the ecosystem is not well understood. What, for instance, is the cumulative effect of a “cocktail” of old and new contaminants—sewage, plastics, ibuprofen, Chanel No. 5, estrogen, cocaine, and Viagra, say—on aquatic grasses, water bugs, bass, ducks, beavers, and on us? Hydrologists are only just beginning to study this question.

In the meantime, human thirst began to outstrip the ecosystem’s ability to supply clean water in a sustainable way. By 2008, the world’s consumption of water was doubling every twenty years, which is more than twice the rate of population growth. By 2000, people had used or altered virtually every accessible supply of freshwater. Some of the world’s mightiest rivers—including the Rio Grande and the Colorado—had grown so depleted that they reached the sea only in exceptionally wet years. Springs have been pumped dry. Half the world’s wetlands (the “kidneys” of the environment, which absorb rainfall, filter pollutants, and dampen the effects of storm surges) were drained or damaged, which harmed ecosystems and allowed salt water to pollute freshwater aquifers. In arid, rapidly growing Western states, such as Colorado, Texas, and California, droughts were causing havoc.

A report by the US General Accounting Office predicts that thirty-six states will face water shortages by 2013, while McKinsey & Co. forecasts that global demand for water will outstrip supply by 40 percent in 2030.

The experts—hydrologists, engineers, environmentalists, diplomats—have been watching these trends with concern, noting that the growing human population and warming climate will only intensify the pressure on water supplies. Some call freshwater “the defining resource of the twenty-first century,” and the UN has warned of “a looming water crisis.”

“We used to think that energy and water would be the critical issues. Now we think water will be the critical issue,” Mostafa Tolba, former head of the UN Environment Programme, has declared. Ismail Serageldin, the World Bank’s leading environmental expert, put it even more bluntly: “The wars of the twenty-first century will be fought over water.” 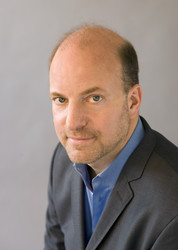 “A reader only has to look at the latest headlines to judge the timeliness of Alex Prud'homme's The Ripple Effect."—The Denver Post

“The Ripple Effect is true to its title, following the myriad reverberations from our use and abuse of this most abundant, ubiquitous resource. The book plunges in and rarely comes up for air.”—Washington Post

The Fate of Freshwater in the Twenty-First Century