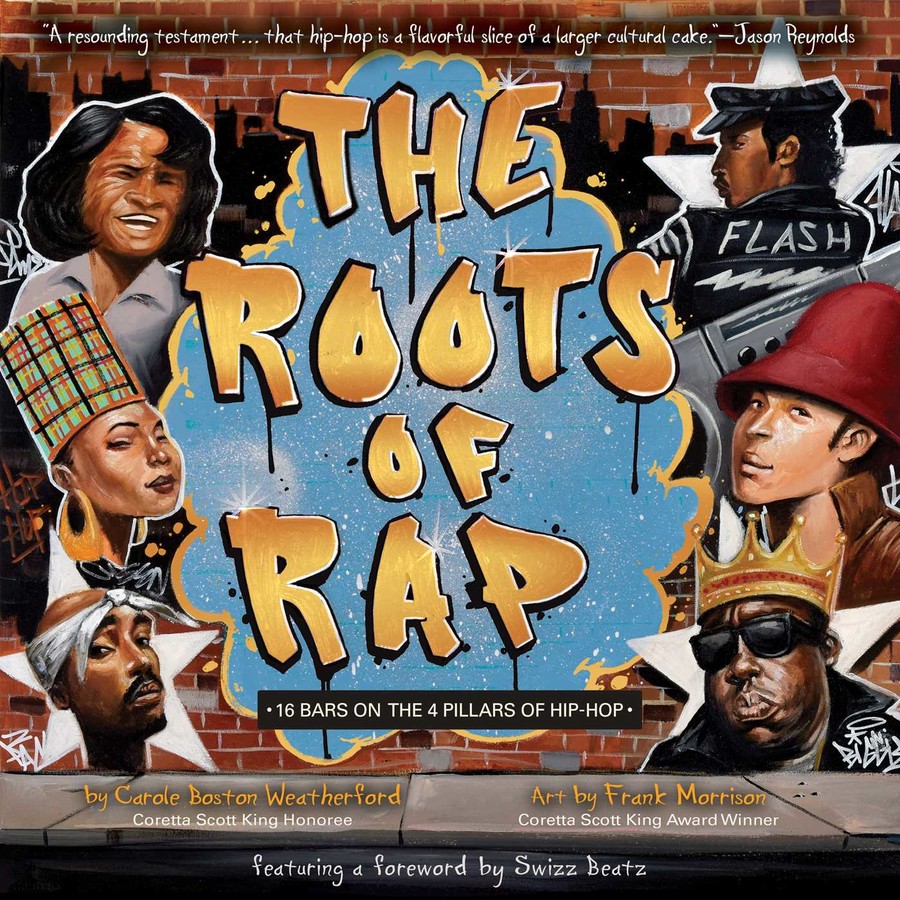 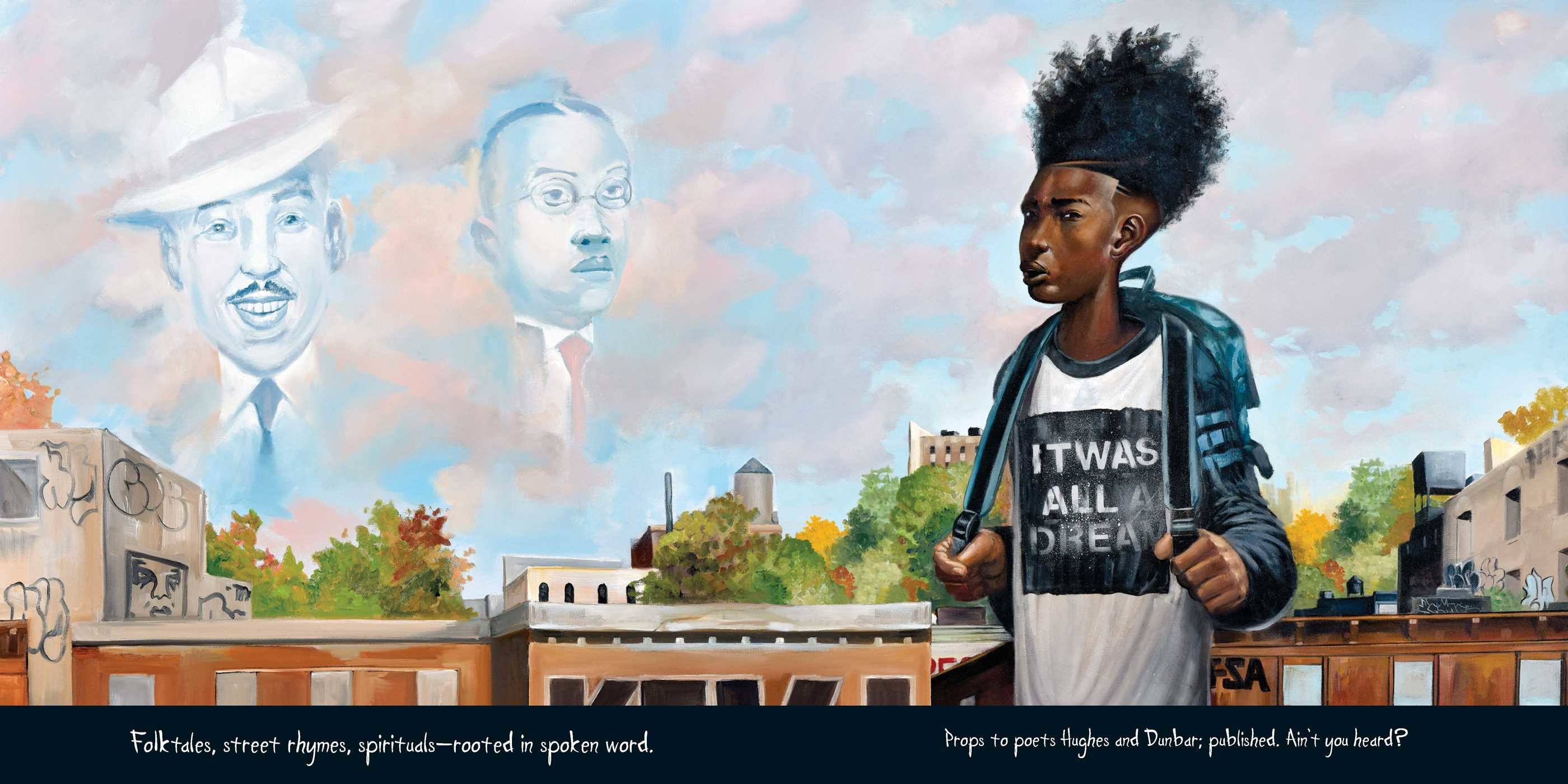 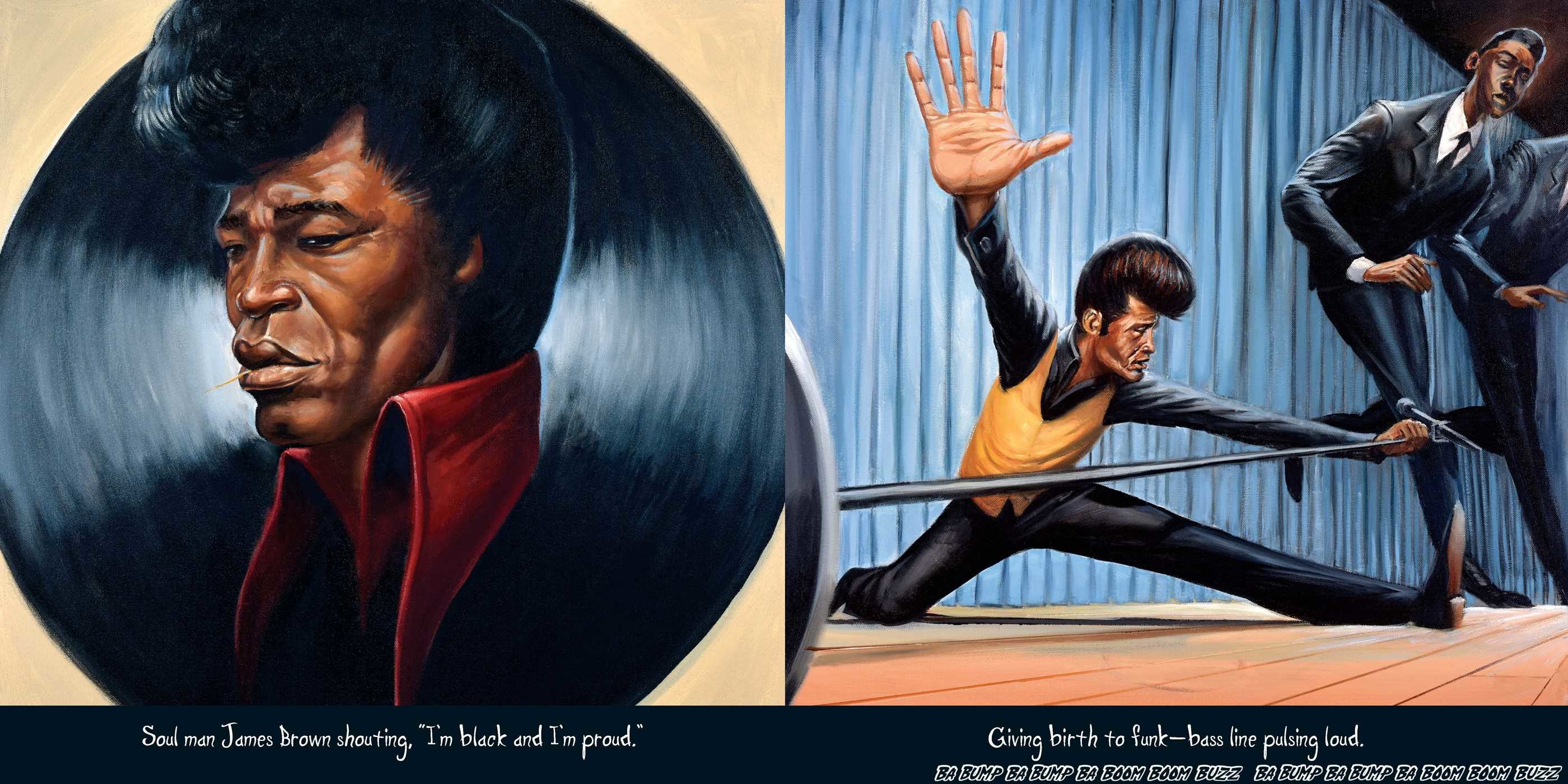 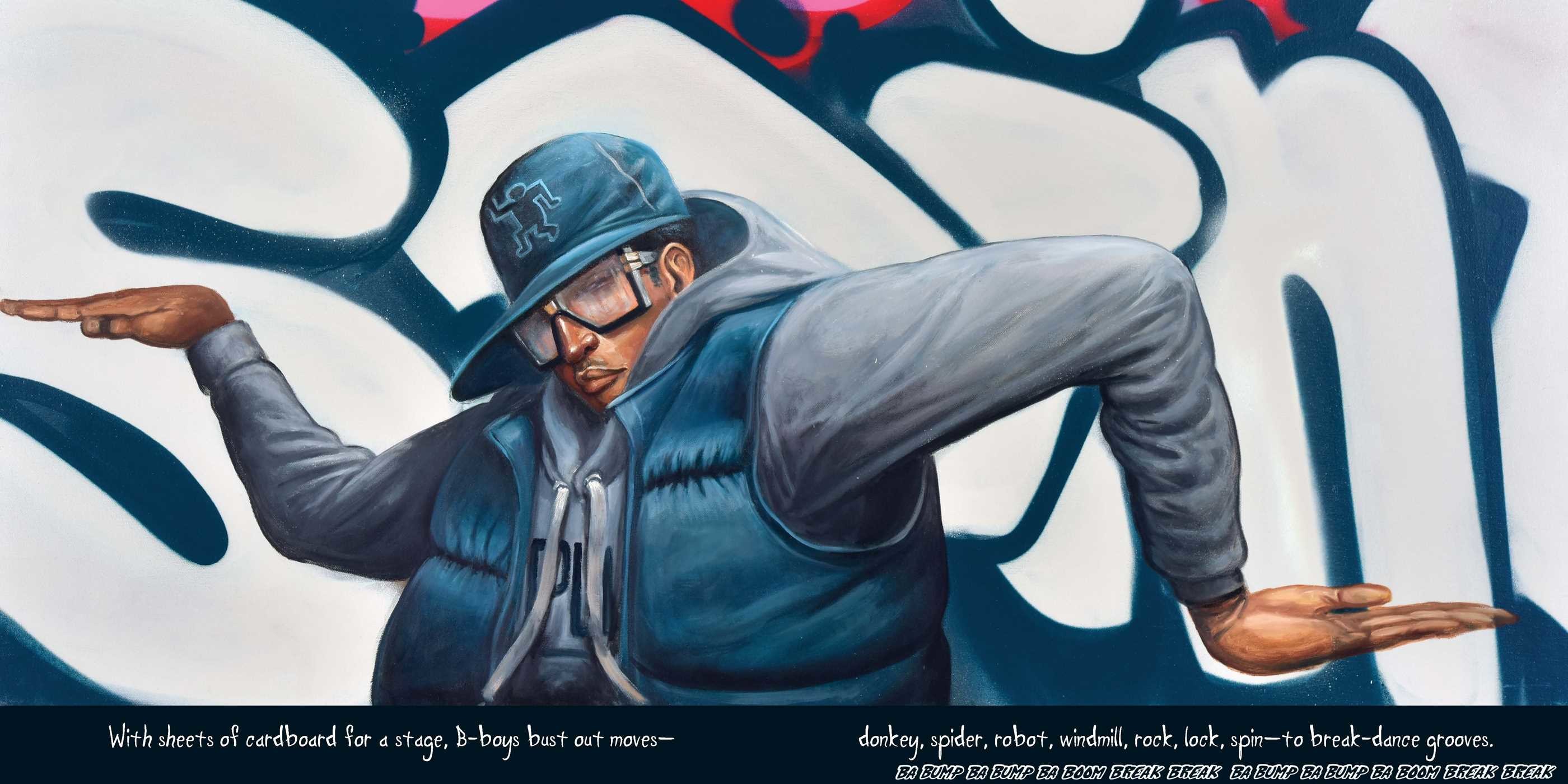 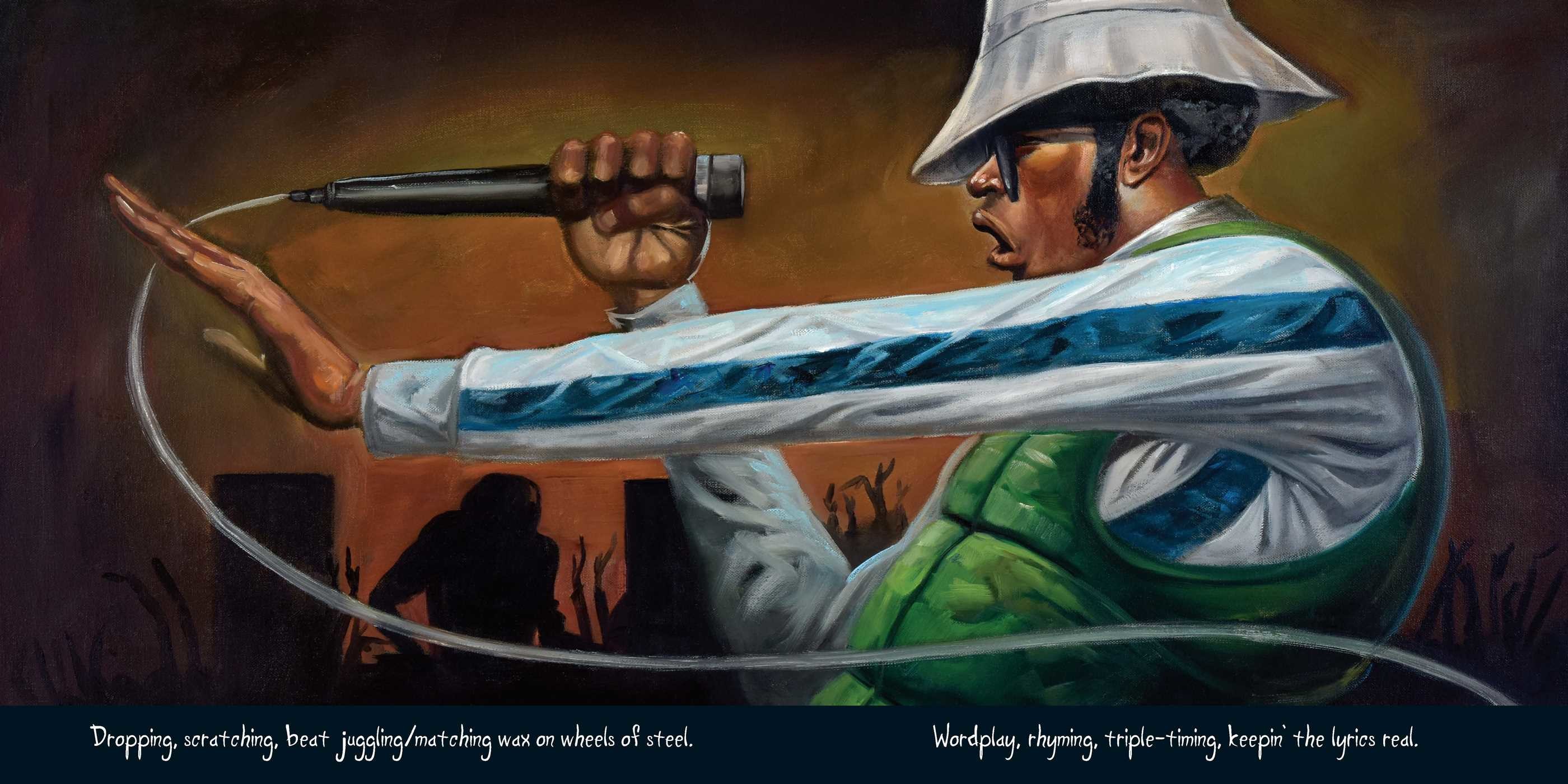 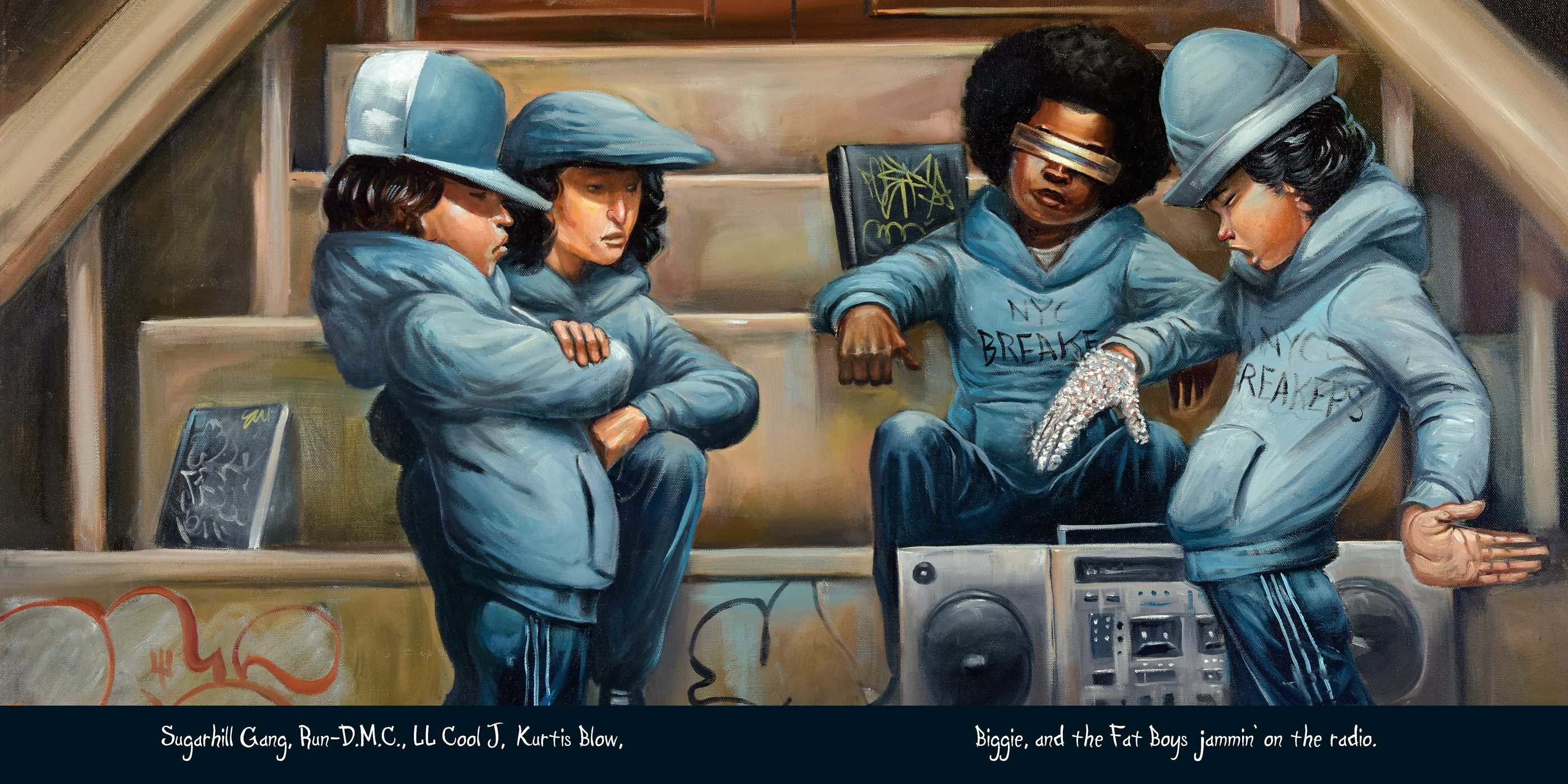 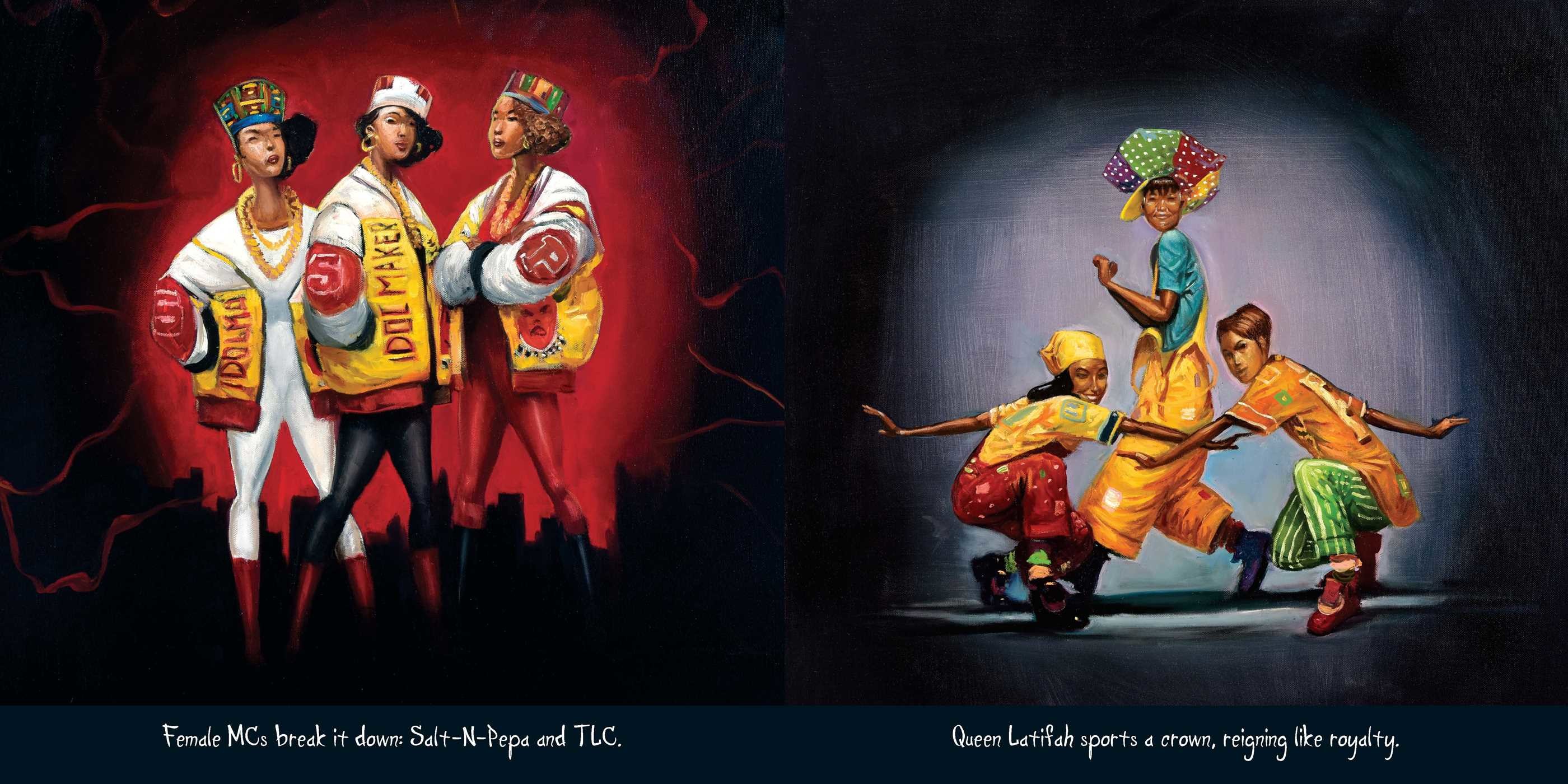 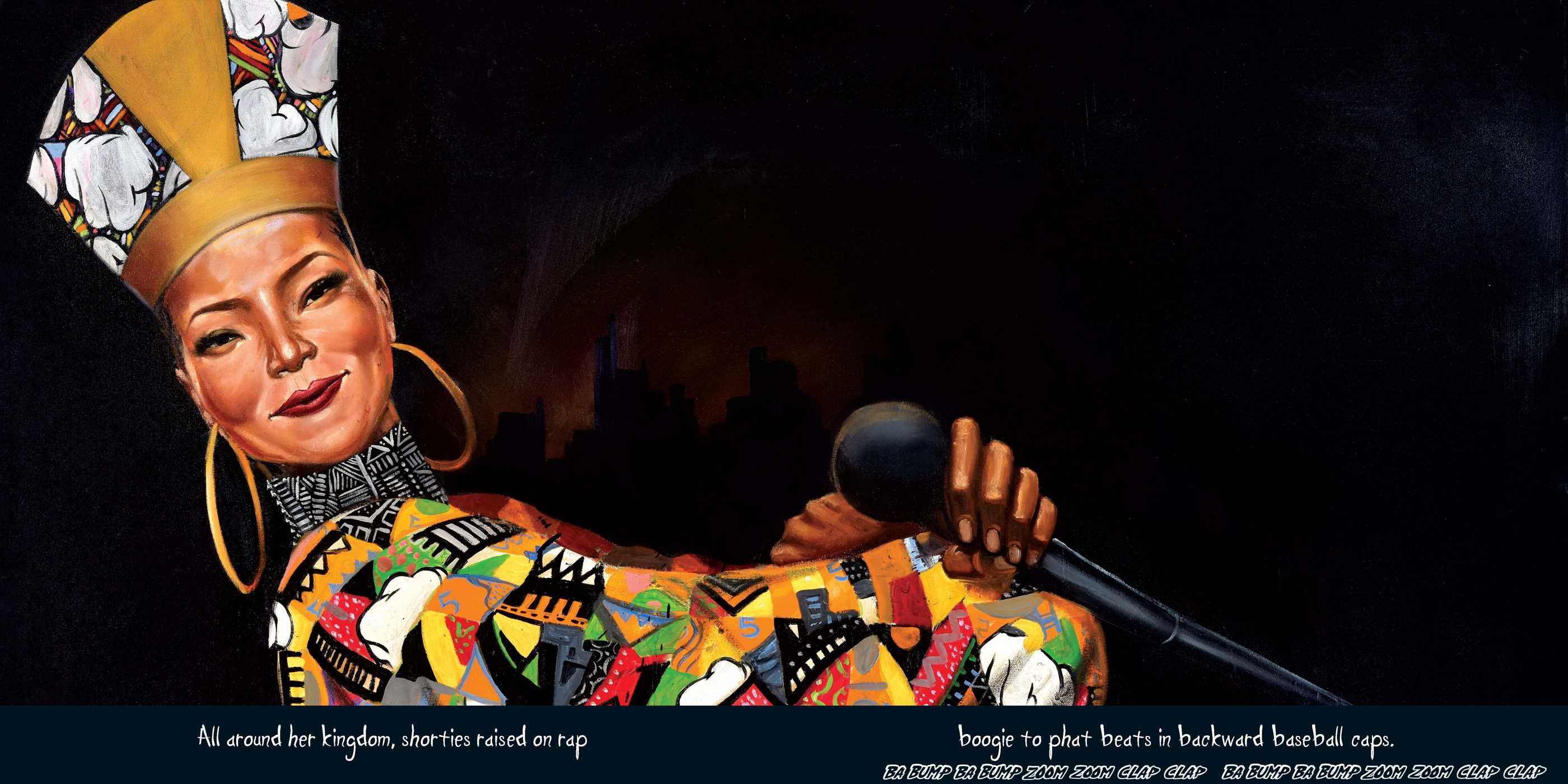 Explore the roots of rap in this stunning, rhyming, triple-timing picture book!

Say holler if you hear.

The roots of rap and the history of hip-hop have origins that precede DJ Kool Herc and Grandmaster Flash. Kids will learn about how it evolved from folktales, spirituals, and poetry, to the showmanship of James Brown, to the culture of graffiti art and break dancing that formed around the art form and gave birth to the musical artists we know today. Written in lyrical rhythm by award-winning author and poet Carole Boston Weatherford and complete with flowing, vibrant illustrations by Frank Morrison, this book beautifully illustrates how hip-hop is a language spoken the whole world 'round, it and features a foreward by Swizz Beatz, a Grammy Award winning American hip-hop rapper, DJ, and record producer. 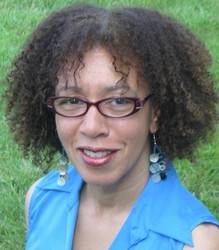 Carole Boston Weatherford's 16 bars of homage to the history of hip-hop accompany the celebrated illustrator Frank Morrison's pulsing and vibrant images, which not only convey the development of hip-hop, they dance on the page.

Carole Boston Weatherford, once again, delivers a resounding testament and reminder, that hip-hop is a flavorful slice of larger cultural cake. And to be hip-hop-to truly be it-we must remember that we are also funk, jazz, soul, folktale, and poetry. We must remember that . . . we are who we are!

Starting with its attention-getting cover, this picture book does an excellent job of capturing the essence of rap . . . This tribute to hip hop culture will appeal to a wide audience, and practically demands multiple readings.

No way around it, this book is supa-dupa fly, with lush illustrations anchored in signature hip-hop iconography for the future of the global hip-hop nation.

With short, rhyming lines and dramatic portraits of performers, the creative team behind How Sweet the Sound: The Story of Amazing Grace offers a dynamic introduction to hip-hop. . . . This artful introduction to one of the most influential cultural movements of the 20th century pulses with the energy and rhythm of its subject.