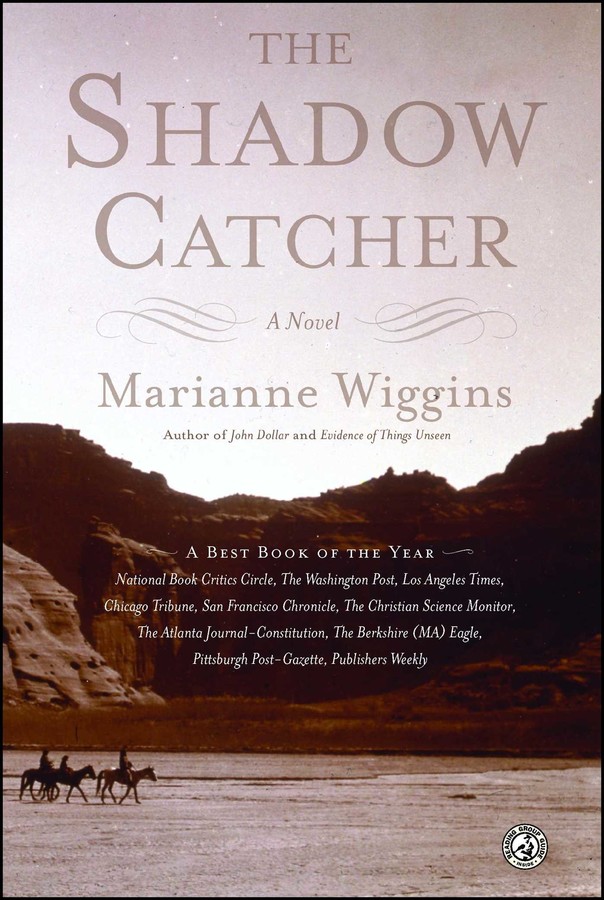 By Marianne Wiggins
LIST PRICE $16.99
PRICE MAY VARY BY RETAILER

Following her National Book Award finalist, Evidence of Things Unseen, Marianne Wiggins turns her extraordinary literary imagination to the American West, where the life of legendary photographer Edward S. Curtis is the basis for a resonant exploration of history and family, landscape and legacy.

The Shadow Catcher dramatically inhabits the space where past and present intersect, seamlessly interweaving narratives from two different eras: the first fraught passion between turn-of-the-twentieth-century icon Edward Curtis (1868-1952) and his muse-wife, Clara; and a twenty-first-century journey of redemption.

Narrated in the first person by a reimagined writer named Marianne Wiggins, the novel begins in Hollywood, where top producers are eager to sentimentalize the complicated life of Edward Curtis as a sunny biopic: "It's got the outdoors. It's got adventure. It's got the do-good element." Yet, contrary to Curtis's esteemed public reputation as servant to his nation, the artist was an absent husband and disappearing father. Jump to the next generation, when Marianne's own father, John Wiggins (1920-1970), would live and die in equal thrall to the impulse of wanderlust.

Were the two men running from or running to? Dodging the false beacons of memory and legend, Marianne amasses disparate clues -- photographs and hospital records, newspaper clippings and a rare white turquoise bracelet -- to recover those moments that went unrecorded, "to hear the words only the silent ones can speak." The Shadow Catcher, fueled by the great American passions for love and land and family, chases the silhouettes of our collective history into the bright light of the present.

By clicking 'Sign me up' I acknowledge that I have read and agree to the privacy policy and terms of use. Free ebook offer available to NEW CA subscribers only. Offer redeemable at Simon & Schuster's ebook fulfillment partner. Must redeem within 90 days. See full terms and conditions and this month's choices.
1. Marianne Wiggins's new novel, The Shadow Catcher, centers in part on the life of a real historical figure, Edward Sheriff Curtis. Discuss the unique process of weaving fact and fiction: What difficulties it might pose? What artistic freedoms might emerge?
2. The book features an unusual narrative technique, combining historical fiction with more documentary-style biography and history, as well as a personal narrative that reads like memoir. Why do you think the author chose to tell this story in this way?
3. The chapters in the novel about Edward and Clara are essentially told from Clara's point of view. Is this ultimately more a story about Clara than Edward?
4. The intimate details of a personal relationship that unfolded in the past may not be documented in the way a public life might be. Is love a timeless emotion, or is the feeling influenced by the times in which it occurs?
5. The Edward Curtis presented here is a much more complicated man than the heroic figure that has come down to us through the legacy of his work. How do mythic elements of a human life arise over time?
6. Do you think Edward Curtis's story is a singularly American one?
7. There is a character named "Marianne Wiggins" in The Shadow Catcher who, on the surface, shares much of the history of the actual Marianne Wiggins. When you are reading a novel, does the feeling of making a personal connection with the author add to your experience?
8. In another unusual feature for a novel, The Shadow Catcher is peppered with images - not only some of Edward Curtis's photographs, but photographs from Marianne Wiggins's family and images of historical and personal documents as well. Why do you think the author included these?
9. This is not the first time a photographer has been a central character in one of Marianne Wiggins's novels. Discuss the art of photography as it might relate to fiction.
10. A watchword throughout this novel is "Print the Legend." Why do you think we sometimes cling to our cultural myths in the face of overriding evidence against their truth?
11. Late in the novel Wiggins writes, "How the average person dreams is pretty much how the average novelist puts a page together." Discuss the possible meanings of this statement.
12. Marianne Wiggins was born and raised in the East, lived in Europe for many years, and now lives in California. How might a person come to develop such an obvious passion for a region -- in this case the Western landscape -- not her original home? 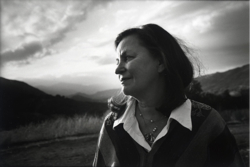 Marianne Wiggins is the author of seven books of fiction, including John Dollar and Evidence of Things Unseen, which was a finalist for the National Book Award and the Pulitzer Prize. She has won an NEA grant, the Whiting Writers’ Award, and the Janet Heidinger Kafka Prize. She lives in California.

"Wiggins writes with a feverish brilliance...close to prophetic brilliance."

"Marianne Wiggins dares to make fictions that stand in the face of heart-cracking circumstance, fictions that, in fact, resound with hearts shattering."

"The author can make you weep in a single sentence...The events and relationships are rendered on the page with an immediacy that catches you up short."

"Wiggins is a writer of substantial gifts."

"Marianne Wiggins does not so much tell a story as make her reader live it...She renews our sense of what prose fiction can do."

"Marianne Wiggins has...a passion to hurl herself into a continental unknown, to seek, misstep, recover and push on, while noticing every blade of grass along the way...the mark of a true epic endeavor."

By Marianne Wiggins
LIST PRICE $16.99
PRICE MAY VARY BY RETAILER