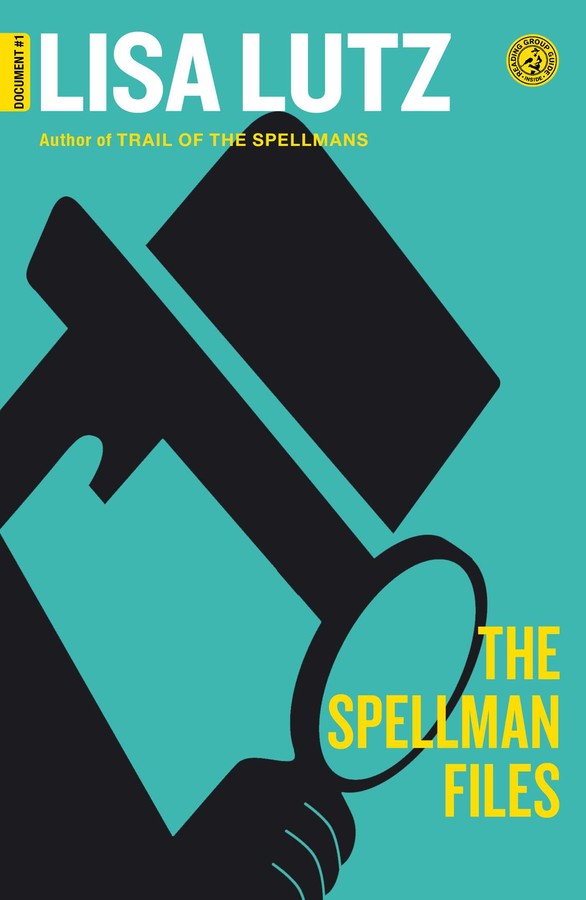 Meet Lisa Lutz, the author of THE SPELLMAN FILES

Bestselling author Lisa Lutz reveals some of her previous Occu... 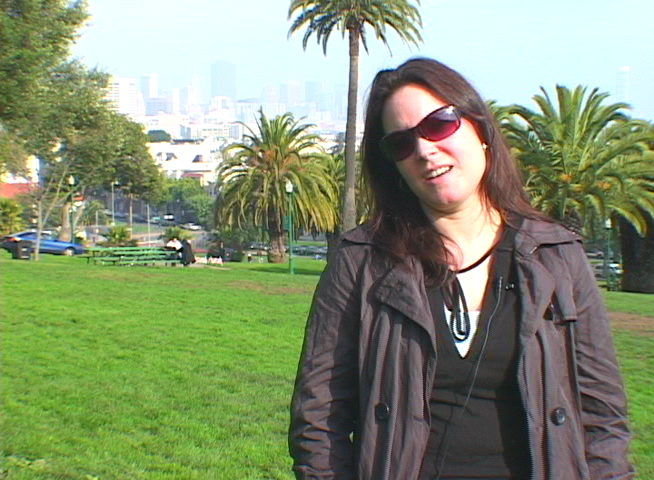 By Lisa Lutz
LIST PRICE $11.99
PRICE MAY VARY BY RETAILER

Meet Isabel “Izzy” Spellman, private investigator. This twenty-eight-year-old may have a checkered past littered with romantic mistakes, excessive drinking, and creative vandalism; she may be addicted to Get Smart reruns and prefer entering homes through windows rather than doors—but the upshot is she’s good at her job as a licensed private investigator with her family’s firm, Spellman Investigations. Invading people’s privacy comes naturally to Izzy. In fact, it comes naturally to all the Spellmans. If only they could leave their work at the office. To be a Spellman is to snoop on a Spellman; tail a Spellman; dig up dirt on, blackmail, and wiretap a Spellman.

Izzy walks an indistinguishable line between Spellman family member and Spellman employee. Duties include: completing assignments from the bosses, aka Mom and Dad (preferably without scrutiny); appeasing her chronically perfect lawyer brother (often under duress); setting an example for her fourteen-year-old sister, Rae (who’s become addicted to “recreational surveillance”); and tracking down her uncle (who randomly disappears on benders dubbed “Lost Weekends”). But when Izzy’s parents hire Rae to follow her (for the purpose of ascertaining the identity of Izzy’s new boyfriend), Izzy snaps and decides that the only way she will ever be normal is if she gets out of the family business. But there’s a hitch: she must take one last job before they’ll let her go—a fifteen-year-old, ice-cold missing person case. She accepts, only to experience a disappearance far closer to home, which becomes the most important case of her life.

Isabel "Izzy" Spellman -- Private Investigator and one of the most original comic heroines to debut in years -- is on the run. After a dizzying chase through the streets of San Francisco, she turns to confront her pursuers: "Mom. Dad. This has to stop" (p. 2). Izzy's plea betrays her desperation -- not only to shake their loving but overweening parental attentions but to make sense of the chaos* into which her life has recently devolved. She's just been dumped by a dentist, the witnesses in the cold case she's working are stonewalling her, and her fifteen-year-old sister, Rae, has disappeared -- presumably kidnapped. Izzy is well aware that her life and family are more than a little unusual but she needs answers. The problem is, she doesn't know the questions or even whom to ask.
At the age of 28, Izzy still lives with her parents in their rambling San Francisco Victorian home-cum-office. An operative in the family detective business, Spellman Investigations, she has never held down a job where deceit and suspicion weren't considered standard operating procedure. When she finds herself under interrogation by Henry Stone -- the police inspector in charge of Rae's disappearance -- Izzy casts back to the root of the Spellman troubles: the birth of her older brother, David. Handsome, brilliant, athletic, and possessed of "modesty beyond his years" (p. 11), David is a freakishly perfect man born into their otherwise perfectly freakish family. Two years older than Izzy and now a successful corporate lawyer, David defined everything that Izzy would rebel against being.
After years of petty and not-so-petty delinquency, Izzy eventually settles down to an acceptably respectable lifestyle but her parents continue to fear that the "old Isabel" might return and corrupt the precocious and extremely impressionable Rae. On a routine surveillance job at the San Francisco Tennis Club, Izzy falls for Daniel Castillo, a handsome dentist who shares her passion for Get Smart reruns. While most parents might find Daniel promising boyfriend material -- and certainly several steps up from Izzy's usual type -- a string of run-ins with unsavory dentists has left them suspicious of anyone authorized to dispense laughing gas. As Izzy resorts to one madcap subterfuge after another in the hopes of keeping Daniel and her parents in the dark about one another, she realizes that it's high time to leave Spellman Investigations and start a normal life.
Unfortunately, Izzy's parents extort her into taking on one last case before they'll pony up with the references she needs to find other work. Much to everyone's chagrin, Izzy becomes obsessed with solving the hitherto unsolved fifteen-year-old missing persons case, no matter whose toes she steps on. In the midst of it all, Izzy must take time out to track down her reprobate Uncle Ray -- whose "lost weekends" of gambling and binge drinking now figure in the double-digits -- as well as ferret out the identity of David's secret girlfriend. So when Rae mysteriously disappears, Izzy finds herself pushed to the edge of what this hard-drinking, wise-cracking PI can handle.
At once heart-warming, suspenseful, and laugh-out-loud funny, The Spellman Files is a brilliantly zany take on the hard-boiled detective genre and introduces us to an utterly new kind of screwball heroine. Spend some time with the Spellmans and you'll find out why the family that sleuths together stays together.
*Chaos in its traditional sense as opposed to KAOS, The International Organiztion of Evil, which also figures prominently in Izzy's life.
Suggested Questions for Discussion:
1. Izzy's delinquent behavior actually prepared her for her work as a private investigator. "My life to date had ingrained in me a certain natural stealth, had taught me how to test limits, and had disciplined me to know precisely how much I could get away with" (p. 25). Do you retain a youthful bad habit that has actually benefited you as an adult? How might Rae's recreational surveillance benefit her, in ways other than being a PI, as an adult?
2. "There was nothing my mother wouldn't do to protect her children, even if it was morally ambiguous" (p. 61). How did Mrs. Spellman's exposure of Ex-Boyfriend #6's porn addiction ultimately affect Izzy?
3. Lawyer #4 describes Izzy as "a cross between Dirty Harry and Nancy Drew" (p. 90). Is this an accurate description? Are there other sleuths that Izzy is heir to?
4. Besides Daniel's "cocoa legs," Izzy is initially attracted to him because of his assertion that, "some people need to win and some people need to lose." (p. 123) What does this say about her?
5. Are David and Petra being paranoid in hiding their relationship from Izzy? What might she have done had she known they were dating earlier?
6. Uncle Ray tells Izzy that "being enemies with Rae was easier than being friends with her" (p. 204). Could this be said about any other Spellmans?
7. Does wire-tapping constitute a larger betrayal of privacy than simple eavesdropping or tailing?
8. Their mom tells David that, "'Without this job, [Izzy is] Uncle Ray waiting to happen'" (p. 235). Is that an accurate assessment? 9. Was the threat of a temporary restraining order the best way to prevent Izzy from further pursuing the Snow case? What method of discouragement would you recommend?
10. Daniel claims that his romantic relationship with Isabel ended with "the fake drug deal" (p. 309) Do you think they might otherwise have been able to work out their differences? What qualities does a man need to be compatible with Isabel?
Bonus Quiz: Could you be a Spellman?
1.You've just met someone new and attractive. Do you: a. mumble and look away shyly
b. ask for his/her phone number
c. "borrow" his/her wallet so you can copy the information from his/her driver's license for a background check

2. You never leave the house without: a. a heavy object such as a flashlight in case you need to break a head/taillight
b. a snack in case you get hungry
c. an extra $20 in case of an emergency>br />
3. After losing a game of tennis, you think: a. "that was fun."
b. "next time I'll win."
c. "losing is like breathing to me."

4. You get caught in a little white lie so you: a. confess and apologize profusely
b. make up a more elaborate lie -- or several -- to cover your tracks
c. act defensive

5. The best present you ever received as a child was: a. a new bike
b. a puppy
c. a set of lock picks 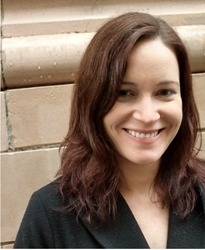 Lisa Lutz is the author of the New York Times bestselling, Edgar Award– and Macavity Award–nominated, and Alex Award–winning Spellman Files series, as well as the novels How to Start a Fire, The Passenger, and The Swallows. She lives and works in upstate New York.

"Fast-paced, irreverent, and very funny, The Spellman Files is like Harriet the Spy for grown-ups."

-- Curtis Sittenfeld, author of The Man of My Dreams and Prep

"Hilarious. My enjoyment of The Spellman Files was only slightly undercut by my irritation that I hadn't written it myself. The funniest book I've read in years!"

-- Lauren Weisberger, author of The Devil Wears Prada and Everyone Worth Knowing

"The Spellman Files is hilarious, outrageous, and hip. Izzy Spellman, P.I., is a total original, with a voice so fresh and real, you want more, more, more. At long last, we know what Nancy Drew would have been like had she come from a family of lovable crackpots. Lisa Lutz has created a delicious comedy with skill and truth. I loved it."

"A spirited, funny debut...a rush of humor and chaos...casual, swift, and hip...A fresh story that works real issues through an offbeat premise."

By Lisa Lutz
LIST PRICE $11.99
PRICE MAY VARY BY RETAILER