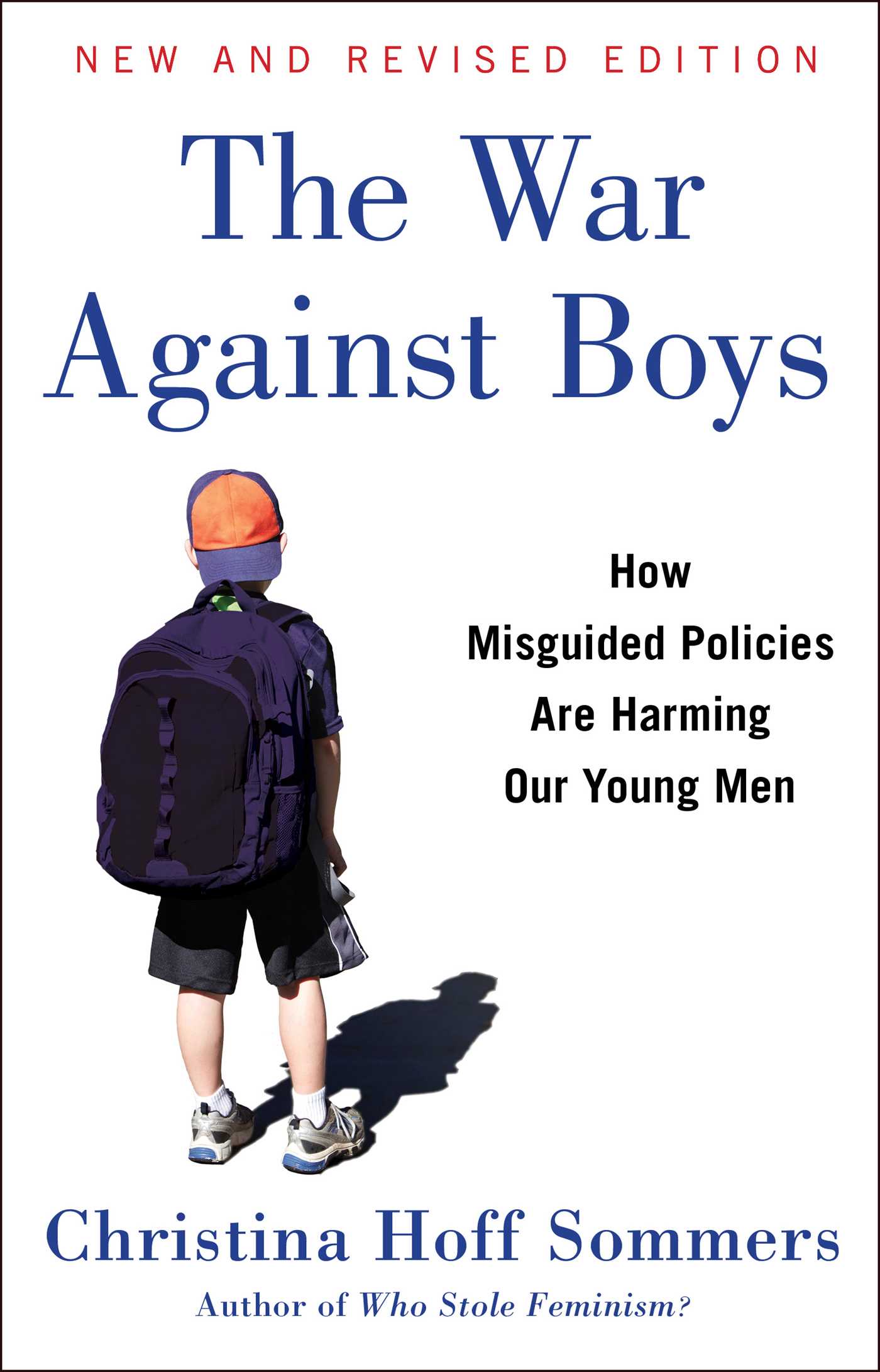 The War Against Boys

How Misguided Policies are Harming Our Young Men

An updated and revised edition of the controversial classic—now more relevant than ever—argues that boys are the ones languishing socially and academically, resulting in staggering social and economic costs.

Girls and women were once second-class citizens in the nation’s schools. Americans responded with concerted efforts to give girls and women the attention and assistance that was long overdue. Now, after two major waves of feminism and decades of policy reform, women have made massive strides in education. Today they outperform men in nearly every measure of social, academic, and vocational well-being.

Christina Hoff Sommers contends that it’s time to take a hard look at present-day realities and recognize that boys need help. Called “provocative and controversial...impassioned and articulate” (The Christian Science Monitor), this edition of The War Against Boys offers a new preface and six radically revised chapters, plus updates on the current status of boys throughout the book.

Sommers argues that the problem of male underachievement is persistent and worsening. Among the new topics Sommers tackles: how the war against boys is harming our economic future, and how boy-averse trends such as the decline of recess and zero-tolerance disciplinary policies have turned our schools into hostile environments for boys. As our schools become more feelings-centered, risk-averse, competition-free, and sedentary, they move further and further from the characteristic needs of boys. She offers realistic, achievable solutions to these problems that include boy-friendly pedagogy, character and vocational education, and the choice of single-sex classrooms.

The War Against Boys is an incisive, rigorous, and heartfelt argument in favor of recognizing and confronting a new reality: boys are languishing in education and the price of continued neglect is economically and socially prohibitive.

When the first edition of The War Against Boys appeared in 2000, almost no one was talking about boys’ educational and social problems. Now it’s hard to open a newspaper without stumbling upon references to the multiple books, articles, studies, and documentaries highlighting boys’ academic, social, and vocational deficits. So is the war over? Not yet.

Although many educators recognize that boys have fallen far behind girls in school, few address the problem in a serious way. Schools that try to stop the trend, through boy-friendly pedagogy, literacy interventions, vocational training, or same-sex classes, are often thwarted. Women’s lobbying groups still call such projects evidence of a “backlash” against girls’ achievements, and believe they are part of a campaign to slow further female progress.

The recent advances of girls and young women in school, sports, and vocational opportunities are cause for deep satisfaction. They should not, however, blind us to the large and growing cohort of poorly educated young men in our midst, boys who are going to be lost in our knowledge-based economy. To address the problem, we must acknowledge the plain truth: boys and girls are different. Yet in many educational and government circles, it remains taboo to broach the topic of sex differences. Gender scholars and experts still insist that the sexes are the same, and argue that any talk of difference only encourages sexism and stereotypes. In the current environment, to speak of difference invites opprobrium, and to speak of boys’ special needs invites passionate, organized opposition. Meanwhile, one gender difference refuses to go away: boys are languishing academically, while girls are soaring.

In the first edition of the War Against Boys, I focused primarily on how groups such as the American Association of University Women, the Wellesley Centers for Women, and the Ms. Foundation were harming our nation’s young men. These organizations and their doctrines are still very much with us. But in this revised edition, I describe the emergence of additional boy-averse trends: the decline of recess, punitive zero-tolerance policies, myths about juvenile “super-predators,” and a misguided campaign against single-sex schooling. As our schools become more feelings-centered, risk-averse, competition-free, and sedentary, they move further and further from the characteristic sensibilities of boys.

However in the 14 years since the War Against Boys was first published, England, Australia, and Canada have made concerted to efforts to address the boy gap. In these countries, the public, the government, and the education establishment have become keenly aware of the increasing number of underachieving young males. In stark contrast to the United States, they are energetically, even desperately, looking for ways to help boys achieve parity. They have dozens of commissions, trusts, and working groups devoted to improving the educational prospects of boys. Using evidence and not ideology as their guide, these education leaders speak openly of male/female differences and don’t hesitate to recommend sex-specific solutions.

“Success for Boys,” for example, is an Australian program that has provided grants to 1,600 schools to help them incorporate boy-effective methods into their daily practice.[i] In Great Britain, ten members of Parliament formed a Boys’ Reading Commission and published a comprehensive report in 2012.[ii] It offers educators a “tool kit” of successful practices. Paul Capon, president of the Canadian Council on Learning, acknowledges the political temptation to avoid or deny the problem of male underachievement. Still, he says, “You have to ask what is happening, and you have to ask why. It’s a head-in-the-sand, politically correct view to say there’s no problem with boys.”[iii] In the United States, our education establishment remains paralyzed with its head in the sand.

The subtitle of the first edition was “How Misguided Feminism is Harming Our Young Men.” The emphasis on misguided—I did not intend to indict the historical feminist movement, which I have always seen as one of the great triumphs of our democracy. But some readers took the book to be an attack on feminism itself, and my message was lost on them. In this edition, I have sought to make a clearer distinction between the humane and progressive women’s movement and today’s feminist lobby. That lobby too often acts as a narrow, take-no-prisoners special interest group. Its members see the world as a zero-sum struggle between women and men. Their job is to side with the women—beginning with girls in the formative years of childhood.

Most women, including most equality-minded women, do not see the world as a Manichean struggle between Venus and Mars. The current plight of boys and young men is, in fact, a women’s issue. Those boys are our sons; they are the people with whom our daughters will build a future. If our boys are in trouble, so are we all.

In the war against boys, as in all wars, the first casualty is truth. In this updated edition, I give readers the best and most recent information on “where the boys are.” I say who is warring against them and why; I describe the best scientific research on the issues in debate; and I show readers the high price we will pay if we continue to neglect academic and social needs of boys. I also suggest solutions.

This book explains how it became fashionable to pathologize the behavior of millions of healthy male children. We have turned against boys and forgotten a simple truth: the energy, competitiveness, and corporal daring of normal males are responsible for much of what is right in the world. No one denies that boys’ aggressive tendencies must be mitigated and channeled toward constructive ends. Boys need (and crave) discipline, respect, and moral guidance. Boys need love and tolerant understanding. But being a boy is not a social disease.

To appreciate the growing divide between our educational establishment and the world of boys, consider this rare entity: a boy-friendly American school. In June of 2011, I visited the Heights School, an all-male Catholic academy outside Washington, D.C. As I approached, I saw a large banner that said “Heights School: Men fully alive.”

The school is thriving. There is new construction and a population of 460 fully engaged male students, grades three through twelve. Competition is part of the everyday life of the students, and awards and prizes are commonly used as incentives— but this competition is deeply embedded in an ethical system. The younger boys (ages 8-10) attend class in log cabins filled with collections of insects, plants, and flowers. They memorize poetry and take weekly classes in painting and drawing. At the same time, the school makes room for male rowdiness.

The day of my visit, the eighth grade boys were reenacting the Roman Battle of Philippi in 42 BC, which they had studied in class. The boys had made their own swords and shields out of cardboard and duct tape, emblazoned with dragons, eagles, and lightning bolts. For more than an hour, they marched, attacked, and brawled. At one point, a group of warriors formed a classic Roman “tortoise”—a formation with shields on all sides. Another battalion charged full-speed into the tortoise. Younger boys gathered on the sidelines and catapulted water balloons into the fray. It was pandemonium.

I asked the principal if the boys ever get hurt. Not really, he said. Anyway, one of his first lectures to parents concerns the “value of the scraped knee.” There weren’t even scraped knees in the battle I observed—just boys having about as much fun as there is to be had.

The Heights School is an outlier. Sword fights, sneak water balloon attacks, and mock battles hold a special fascination for boys, but most of today’s schools prohibit them. Play swords and shields? Those, even in miniature, invite suspension. Boys charging into each other? Someone could get hurt (and think of the lawsuits). Young males pretending to kill one another? A prelude to wife abuse. Gender scholars have spent the past 20 years trying to re-socialize boys away from such “toxic” masculine proclivities. And a boys school? The American Civil Liberties Union has recently joined forces with a group of activist professors to expose and abolish the injustice of such invidious “segregation.” For them, what I saw at the Heights School is not “men fully alive”—it is gender apartheid.

The war against boys is not over. It is fiercer than ever. But the stakes have risen, the battle lines have become clearer, and here and there one sees signs of resistance and constructive action. My second edition is dedicated to inspiriting the forces of reason and, eventually, reconstruction.

One: Where the Boys Are 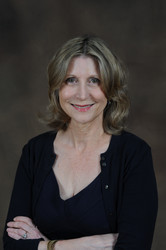 Christina Hoff Sommers is a resident scholar at the American Enterprise Institute in Washington, DC. She has a PhD in philosophy from Brandeis University and was formerly a professor of philosophy at Clark University. Sommers has written for numerous publications and is the author of Who Stole Feminism? How Women Have Betrayed Women. She is married with two sons and lives in Chevy Chase, Maryland.

The War Against Boys

How Misguided Policies are Harming Our Young Men