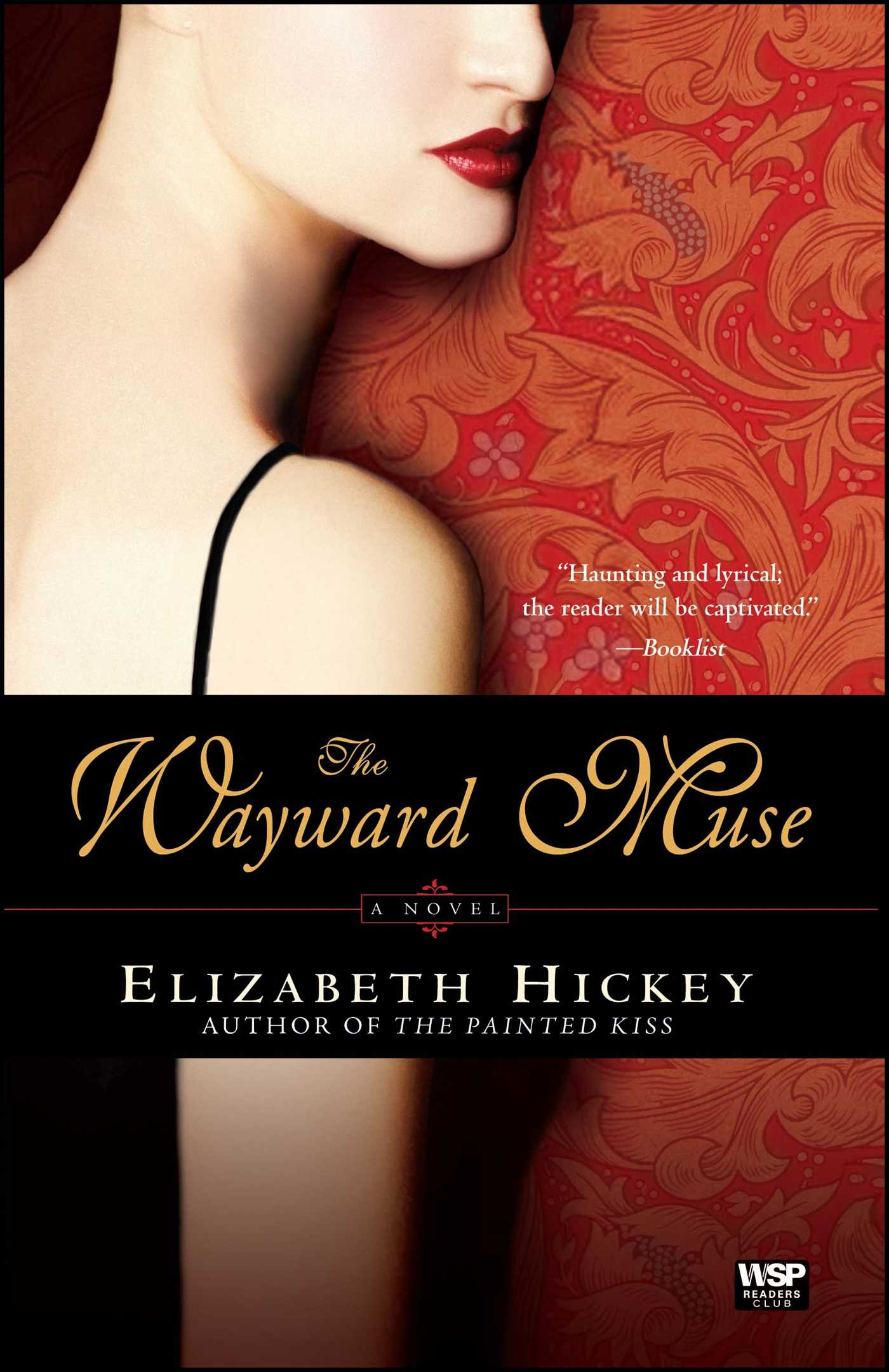 By Elizabeth Hickey
LIST PRICE $18.99
PRICE MAY VARY BY RETAILER

"I apologize again for my boldness, but I must tell you that you're the most beautiful girl in Oxford. Maybe in all of England. I have to put you in my painting."

With these words, the scandalous, wildly talented painter Dante Gabriel Rossetti changes seventeen-year-old Jane Burden's life forever. Jane's gaunt, awkward figure and grave expression have cemented her reputation as the ugliest girl in Oxford. Raised by a stableman on Holywell Street -- the town's most sordid and despicable slum -- Jane is nearly resigned to marry in-kind. But when she meets Rossetti at the theater, he sees beyond her worn, ill-fitting dress and unruly hair and is stirred by her unconventional beauty. The charismatic painter whisks Jane into Oxford's exclusive art scene as his muse, and during the long and intimate hours of modeling -- draping and tilting, gazing and posing -- Jane finds herself falling in love.

When Rossetti abruptly leaves Oxford with no plans to return, brokenhearted Jane settles for a stable, if passionless, marriage to his soft-spoken protégé, William Morris -- the man who would go on to become the father of the British Arts and Crafts Movement. Jane resigns herself to life as a respectable wife and mother, exchanging the slop bucket for intricate needlepoint, willing away the memories of Rossetti and what could have been.

But Rossetti and Jane are inextricably bound together by tragedy, art, and desire, and no amount of time or distance can separate them. Ultimately this complicated arrangement with which Jane, Morris, and Rossetti must learn to live threatens to undo them all. Richly textured and deftly portrayed, Elizabeth Hickey's latest is a compelling portrait of the ever-changing notions of both love and beauty.

Reading Group Guide/ Wayward Muse -- Elizabeth Hickey
Introduction
Jane Burden is a plain girl, with unremarkable looks and a destitute upbringing. She lives in a run-down house next to the public toilets in the slums of Oxford, England, a daily reminder her that her existence is nothing more than waste and filth. Jane's abusive mother rules the house with an iron fist, and her father and brother spend all of their time and the little money they earn at the local pub. But when a band of carousing artists arrive in town to paint the interior of the Oxford Debating Hall, they discover in Jane a beauty she never knew she possessed. Dante Gabriel Rossetti, the leader of the group, is so taken with Jane's gray, somber eyes, her slender frame, and her dark hair, that he falls immediately in love with her and insists that she sit as the model for his painting of Guinevere. Jane, swept up by Rossetti's attentions and affections, falls for him in turn, and they commence a secretive and passionate affair. When Rossetti disappears without explanation, however, Jane is crushed. In his absence, Rossetti's friend, William Morris, remains in Oxford, and asks Jane to continue modeling for him. Though his talent and passion cannot compare to Rossetti's, Morris is a polite and thoughtful man, and he gradually wins Jane over by his steadfastness. But Jane hangs on to the memory of Rossetti, and when at last the artists and the lovers are reunited, old flames and friendships are rekindled and new jealousies and secrets emerge.

Group Discussion
1. When Rossetti inquires about the details of Jane's background he quips, "Poor Jane! All that is needed is three wicked stepsisters and a pumpkin coach." In what ways is The Wayward Muse a Cinderella story? Can you think of any other fairy tale archetypes that Jane Burden embodies?
2. What did you think about Jane before Rossetti discovers her? What was it about her that he thinks is so special? Rossetti nearly convinces her that "she was a princess taken from her royal position at birth and placed with a lowly family for her protection." But Mrs. Burden accuses Jane of condescension and "[getting] above herself." What do you imagine Jane's fate would have been had Rossetti not entered her world?
3. Who determines beauty and how is it measured? It seems that once Rossetti declares Jane a great beauty, everyone else awakens to her charms and agrees with him. How is beauty determined in today's society? Do you see the same effect, in which one person of great influence calls something beautiful and the masses follow suit?
4. In their attempts to seduce Jane, both Rossetti and Morris bring her to places high above the ground -- Rossetti to the rafters of the debating hall and Morris to the bell tower of Chartres. She asks Morris: "What is it with you artists and high places?" And he replies, "Perspective. To see things in surprising ways you have to extend yourself a bit." What perspectives or roles does Jane take on in this story? What do you think surprises her? Where do you think she is most comfortable, or true to herself?
5. Both Rossetti and Morris idolize Jane's beauty to the point that she becomes iconic and legendary. Her response to this status ranges from disbelief to flattery to embarrassment to needing the attention. What events or circumstances precipitate these varied reactions? How do you feel about Jane's transformation and her acceptance of her own beauty? Does she use the power of her beauty well?
6. Were you surprised at the friendship between Lizzie and Jane? What do you think about Rossetti's love for both of them -- are they equal in his eyes, or different? Rossetti says that, "Neither side of the coin is superior to the other. The dark must have the light, the strong the weak, the sharp angle the soft curve." How is this statement a reflection on these two women? How is it a reflection on his friendship with Morris?
7. Both Morris and Rossetti venture into other art forms, experimenting with poetry, interior design, and artisan-style crafts. Why, if Rossetti has won such acclaim for his painting, is he so destroyed by criticism of his poetry? Was he right to retrieve his work from his wife's grave? How does Morris respond to the praise he receives for his book?
9. What do you make of Morris's "arrangement" for Jane and Rossetti? Is it a noble attempt to gracefully bow out of their marriage, or is it a desperate attempt to maintain involvement in Jane's life?
10. Discuss the title of the book. Is Jane the only muse in the story, or does she have muses of her own? Who, in the novel, could be called "wayward?"

Tips To Enhance Your Bookclub
1. Print out images of Jane in the Blue Silk Dress and as Prosperine at http://en.wikipedia.org/wiki/Jane_Burden.
2. Read aloud selected works of Tennyson and Keats, who served as Morris's poetic inspiration.
3. Plan a craft -- cover notebooks in William Morris-style wallpaper or buy a stained-glass coloring book! 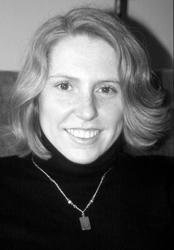 Elizabeth Hickey is the author of The Painted Kiss. She earned an MFA from Columbia University and lives in Portland, Oregon, with her husband and son.

"In The Wayward Muse, Elizabeth Hickey conjures up the fascinating love story behind an artist's vision and brings it to life with richly imagined characters and historical detail. It is an enchanting novel."

-- Tova Mirvis, author of The Ladies Auxiliary and The Outside World

"I will never again encounter a William Morris design or read a poem by Dante Gabriel Rossetti in quite the same way. Elizabeth Hickey's rendering of the Pre-Raphaelite movement in English poetry and art is evocative and enchanting. Jane Burden is a heroine worthy of the Brontë sisters."

-- Brenda Rickman Vantrease, author of The Illuminator and The Mercy Seller

"The Wayward Muse grants us and its protagonist, the plainest Jane from an Oxford slum, a shared dream: to be transported out of ourselves. With sumptuous and persuasive detail, the novel unveils for us the intoxications and burdens of always being someone's muse."

-- Jim Shepard, author of Project X and Love and Hydrogen

By Elizabeth Hickey
LIST PRICE $18.99
PRICE MAY VARY BY RETAILER