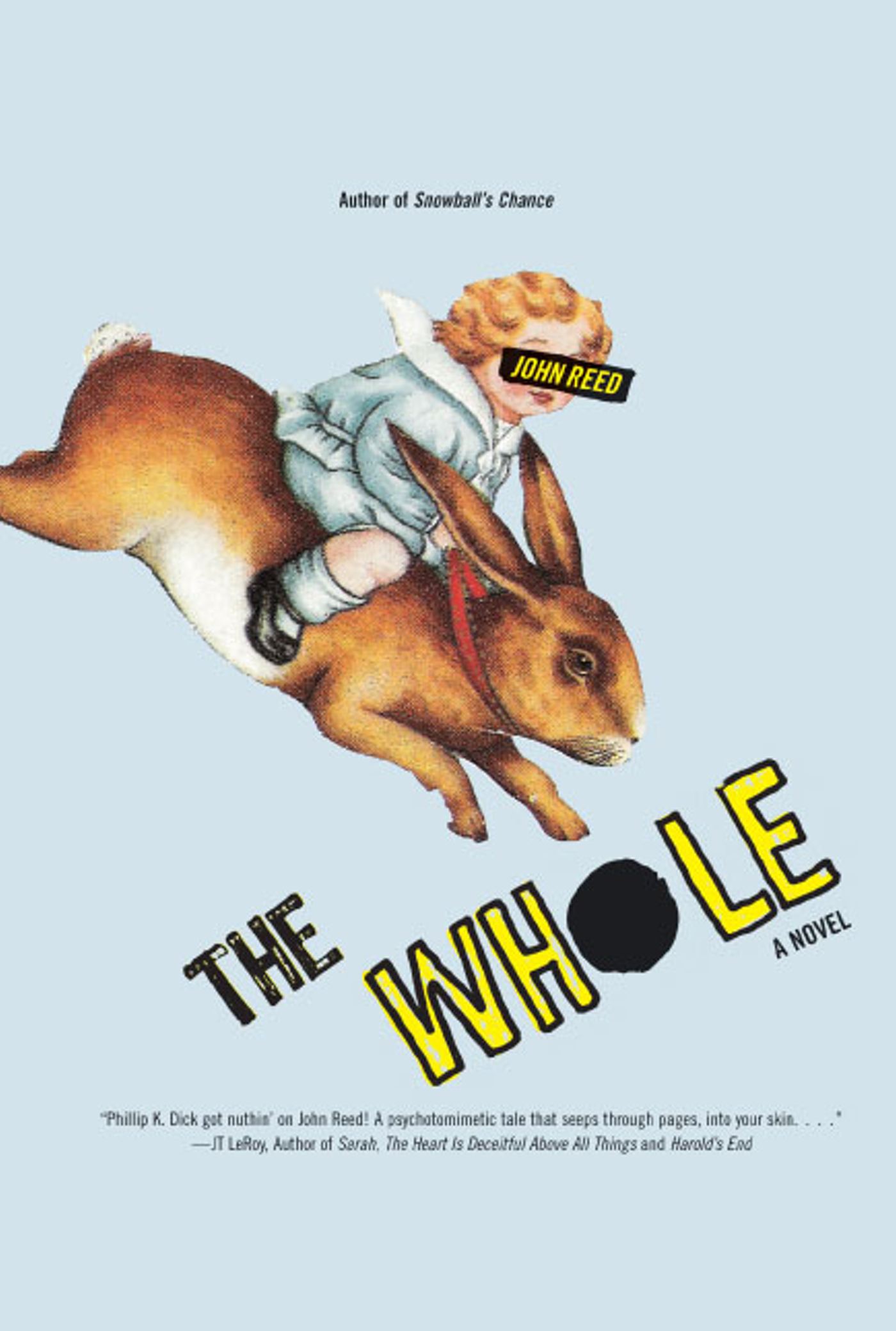 By John Reed
LIST PRICE $16.99
PRICE MAY VARY BY RETAILER

From John Reed, author of the controversial Orwell parody, Snowball's Chance, comes a subversive satire of modern culture, the complete lack thereof, and a lost generation that no one even tried to look for.
In the middle of America's heartland, a young boy digs a small hole in the ground...which grows into a big hole in the ground...which then proceeds to drag the boy, his parents, his dog, and most of their house into a deep void.
Then, as abruptly as the hole started growing, it stops.
So begins the first in a series of events that takes the beautiful-if-not-brainy Thing on a quest to uncover the truth behind the mysterious Hole.
Inspired by visions, signs, and an unlimited supply of pink cocktails served by an ever-lurking "Black Rabbit," Thing and her dogged production crew travel around America, encountering Satanists, an Extraterrestrial/Christian cult group, and a surprisingly helpful phone psychic. Their search for answers could very well decide the fate of the world as they know it.
But the more Thing learns about the Hole, her shocking connection to it, and the mind-boggling destiny that awaits her, the more she realizes that human civilization isn't all it's cracked up to be -- and that it's just about time to start over. 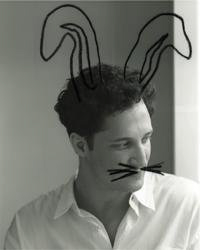 John Reed was the kind of man who, one instant, might touch you to your very core -- send a symphony into the marrow of your bones. But he was also the type who, the next instant, might prove exasperatingly shallow. Such was his sad contradiction. There he'd be reciting something truly something -- but reciting it at the exclusive room of the trendiest possible of-the-second club to an audience of those beautiful and ambitious New Yorkers who, though not always successful at it, were the most willing, in the name of glory, to lead lives unexamined and vapid.
His tragic and untimely demise unfolded at a juncture when I was most disgusted with him -- for not a month earlier, his reprehensible behavior had ended our relationship. One that had seemed riddled...well, with potential.
He could be a boy sometimes, standing as he would have in 1977, a child of the Manhattan wasteland -- a body filthy and lean, and trying to discover for itself honor in the void. This aspect of his work had been of interest to me. And since, during the course of our romance, we discussed our writing with each other, I became quite familiar with his proposal for Duh Whole -- the tale of a girl gone awry, and a great big hole. Hence, it was not unexpectedly (the prospect of finishing the unfinished works of expired authors ever-tempting) that I was approached the very minute John first coughed (with luck, it'd be a foreshadowing of consumption and doom). His outline proved surprisingly complete, and having no book deal of my own, I was soon secured in the effort -- and with John's institutionalization and rapid decline, I was given the green light. If you like my work, you might look for other novels ostensibly by Reed, such as Snowball's Chance and A Still Small Voice, which, incidentally, I also wrote.

By John Reed
LIST PRICE $16.99
PRICE MAY VARY BY RETAILER