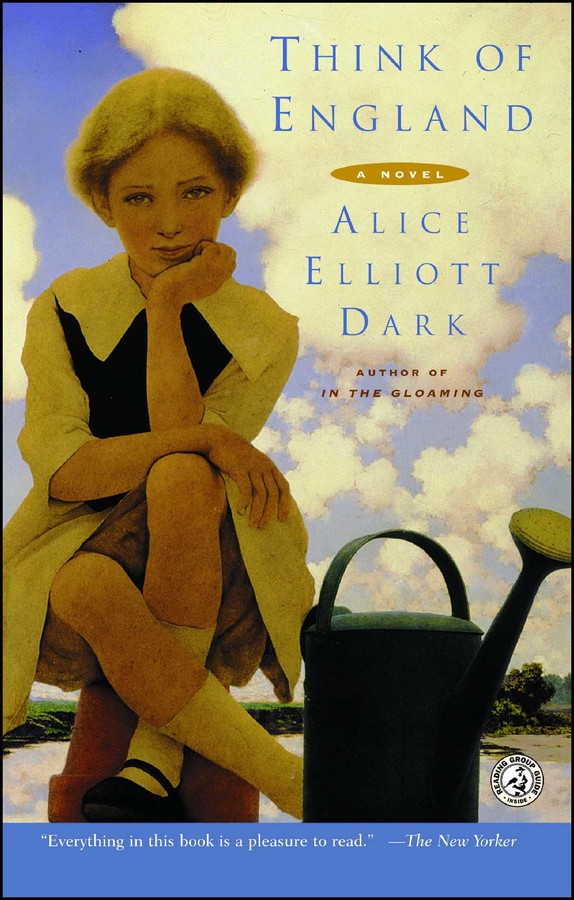 Two cataclysmic events occur on February 9, 1964. The Beatles appear on The Ed Sullivan Show and later that night, nine-year-old Jane MacLeod's life changes forever. It has been said that children are good observers but poor interpreters. Jane's interpretation of the events of that evening shapes her life in ways she doesn't recognize. Think of England follows Jane from an intense love affair in the ex-pat scene in punk-era London to working motherhood in New York to a family reunion in the country -- and a reckoning with the ghost that has stood between her and her dream of a happy family.

By clicking 'Sign me up' I acknowledge that I have read and agree to the privacy policy and terms of use. Free ebook offer available to NEW CA subscribers only. Offer redeemable at Simon & Schuster's ebook fulfillment partner. Must redeem within 90 days. See full terms and conditions and this month's choices.
Simon & Schuster
Reading Group Guide
Think of England
Synopsis
From an acknowledged master of short fiction comes a deeply affecting novel about a thoughtful girl's journey into adulthood. When the narrative opens in 1964, Jane MacLeod is a precocious nine-year-old, troubled by her parents' misery and trying to will her family into happiness. But soon her hopes are dashed by a tragedy that is to haunt her for many years to come. Jane is twenty-three when she travels to London to forge a new path for herself. After befriending Nigel and Colette, whose creativity and unfettered lifestyle inspire her, she meets a tall writer named Clay, who reawakens her longing for a happy life -- but again she is disillusioned. Decades pass before Jane, now a single mother with a daughter of her own, is able to come to terms with her past.
Discussion points
1. "Set me as a seal upon your heart...for love is as strong as death, passion as fierce as the grave." These words from the Song of Solomon serve as an epigraph to Think of England. Why do you think the author chose this quotation? What role do love and passion play in the story? What kinds of love prove most powerful?
2. Split into three sections that take place many years apart, the novel has an unusual and intriguing structure. Why do you suppose Dark chose to tell her story this way? How do the leaps in time enrich our understanding of the characters and themes?
3. The young Jane shows signs of a maturity far beyond her years. "Oh, Jane," her father says. "You know too much." But in London in her twenties, she often feels naÏve and insecure, especially in the face of Colette's blithe sophistication. Discuss the tension between innocence and knowingness in the book, both between characters and within Jane herself.
4. Via "championed the idea of work and women getting out of the house, but in truth she'd have been more gratified by having her husband in the nest, with nobody going anywhere." How do Via's ambivalent feelings about family life influence Jane's choices?
5. England "was a country obsessed with merging the past with the present. The opposite of me, Jane thought." What does Jane mean by this?
6. Deeply disappointed by the way the life of the MacLeods has turned out, Jane comes to think of her friends in London as her surrogate family. Years later, she starts a new family of a very atypical kind. Discuss her changing perceptions of the concept of family.
7. Jane comes from an upper-middle-class background, and she seems to feel conflicted about her relatively privileged place in society. Nigel and Colette also have tangled relationships with money. How do attitudes about class influence the behavior of the characters in Think of England?
8. While in London, Jane witnesses a slashing at a punk rock concert and a bombing in the street. What makes these violent scenes so effective? How do Jane's reactions shed light on her character?
9. Why do you think Jane is drawn to Clay West? Do his theories on writing help or hurt her work? How does their relationship ultimately resolve itself?
10. What is Colette's role in the novel? Did your opinion of her change over the course of the narrative? What do you think happened to her?
11. Why do you think Jane decides to leave London? How has she changed since arriving there? What about her has stayed the same?
12. In the last section of the book, Jane confronts her family with a question that has been weighing on her for over three decades: "Who took the phone off the hook?" Who do you think did it?
Copyright © 2002 by Alice Elliott Dark
Alice Elliott Dark

Alice Elliott Dark is the author Think of England and two collections of short stories, In the Gloaming and Naked to the Waist. Her work has appeared in The New Yorker, Harper’s, The New York Times, Best American Short Stories, and O. Henry: Prize Stories, among others. Her award-winning story “In the Gloaming” was made into two films. Dark is a past recipient of a National Endowment for the Arts Fellowship. She is an Associate Professor at Rutgers-Newark in the MFA program.

The New Yorker Everything in this book is a pleasure to read.

Los Angeles Times Alice Elliott Dark is the author of two acclaimed story collections, and her debut novel has the same finely observed, hushed ambience that makes her stories so seductive....The story of Jane MacLeod unfolds beautifully across Think of England's three panels, each one a perfect evocation of its time and place.

Orlando Sentinel Dark's prose is controlled yet resonant, and the novel...draws its substance from her compassionate insight into character, its grace from her observance of small yet defining moments....Now when we think of England, we'll think of this fine book.