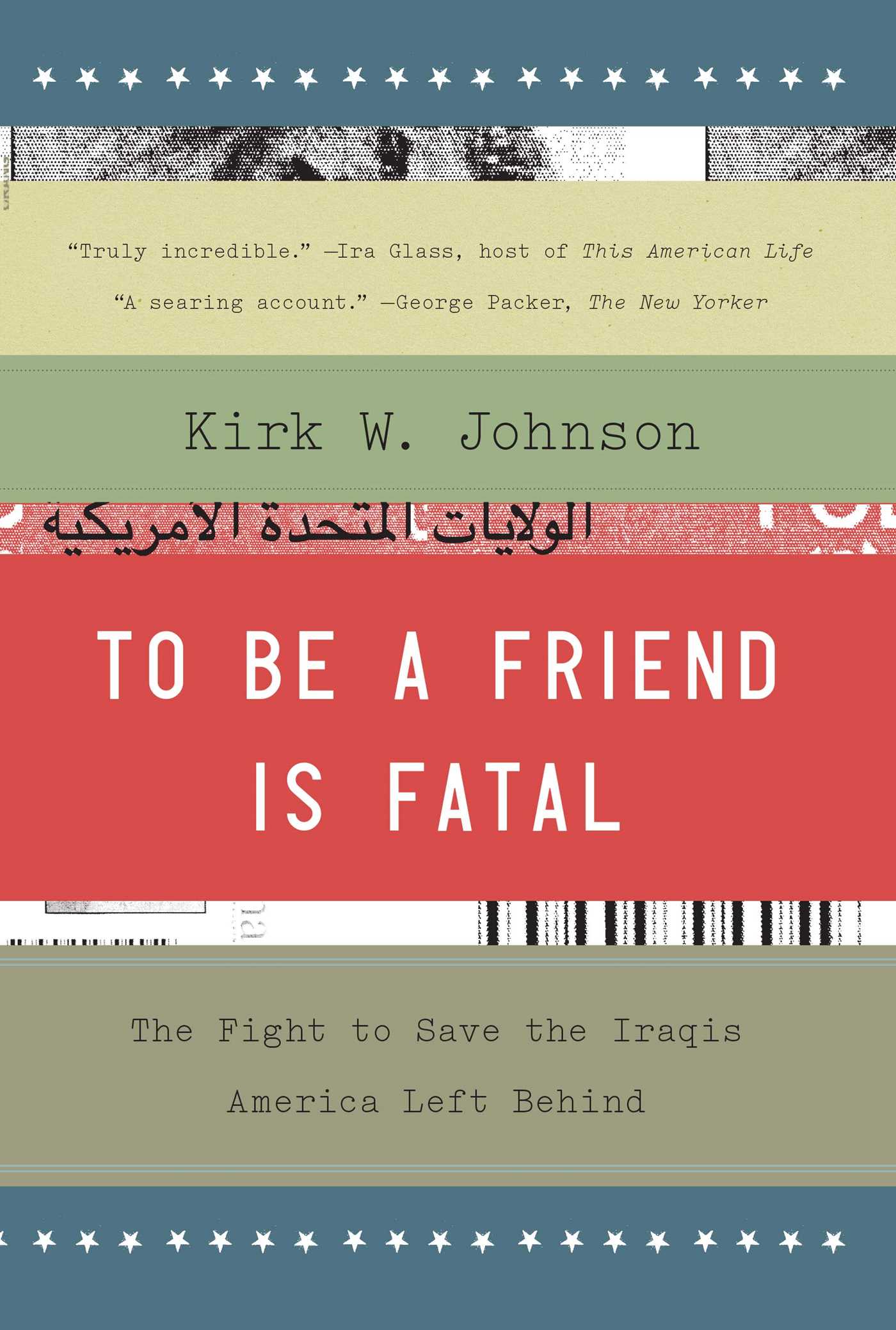 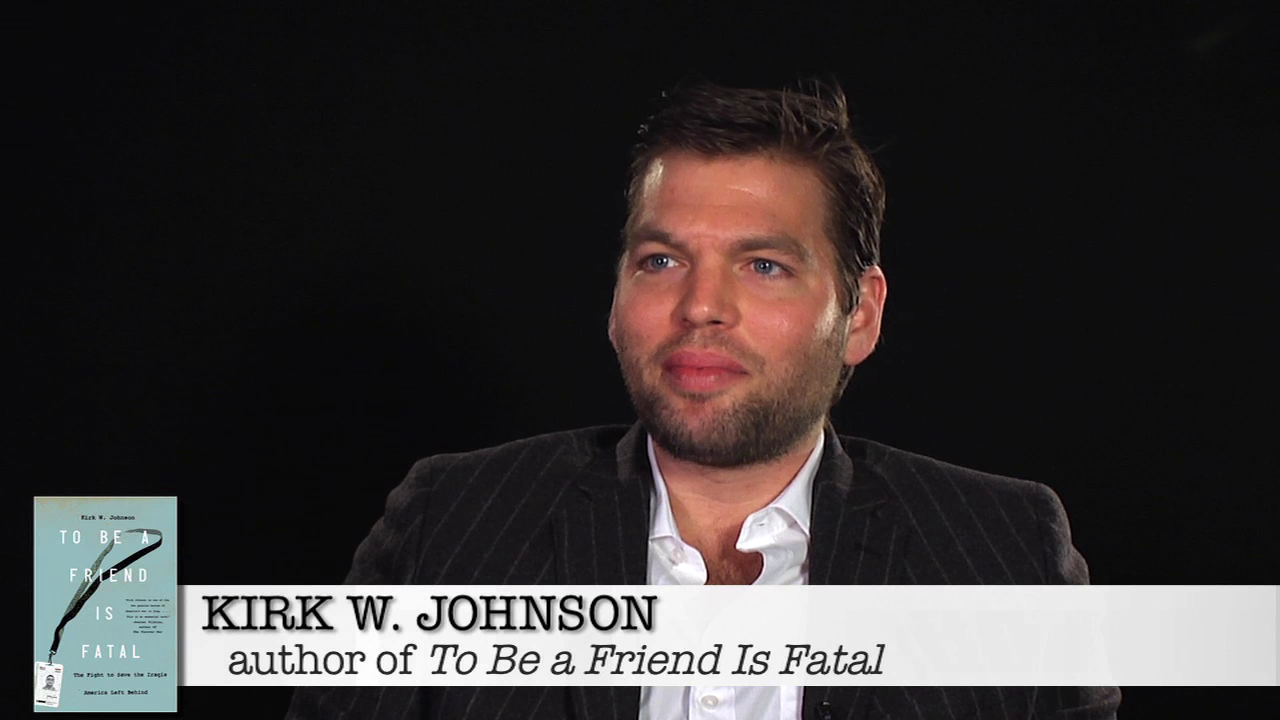 Kirk Johnson: What Are You Reading? 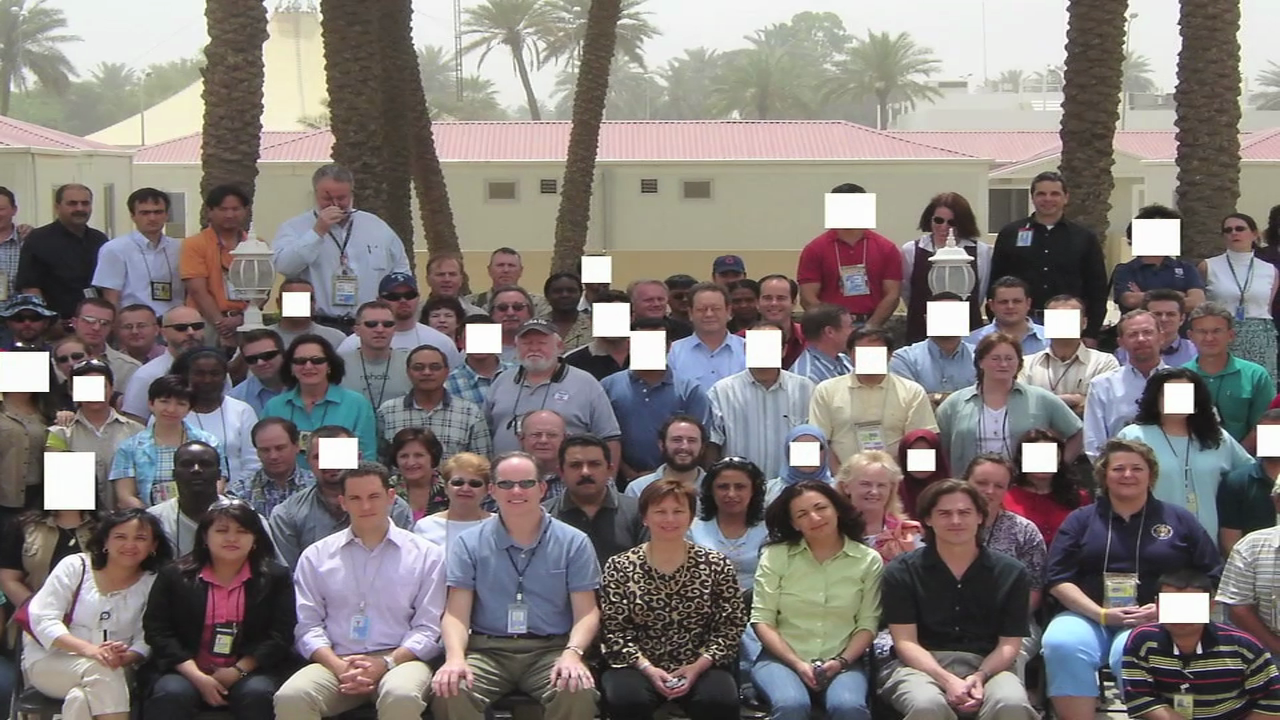 To Be a Friend is Fatal

To Be a Friend Is Fatal

The Fight to Save the Iraqis America Left Behind

The “searing” (The New Yorker), “must read” (The Philadelphia Inquirer) memoir of “one of the few genuine heroes of America’s war in Iraq” (Dexter Filkins).

In January 2005 Kirk Johnson, then twenty-four, arrived in Baghdad as USAID’s (US Agency for International Development) only Arabic-speaking American employee. Despite his opposition to the war, Johnson felt called to civic duty and wanted to help rebuild Iraq. Working as the USAID’s first reconstruction coordinator in Fallujah, he traversed the city’s IED-strewn streets, working alongside idealistic Iraqi translators—young men and women sick of Saddam, filled with Hollywood slang, and enchanted by the idea of a peaceful, democratic Iraq. It was not to be. As sectarian violence escalated, Iraqis employed by the US coalition found themselves subject to a campaign of kidnapping, torture, and assassination.

On his first brief vacation, Johnson, swept into what doctors later described as a “fugue state,” crawled onto the ledge outside his hotel window and plunged off. He would spend the next year in an abyss of depression, surgery, and PTSD—crushed by having failed in Iraq. One day, Johnson received an email from an Iraqi friend, Yaghdan: People are trying to kill me and I need your help. That email launched Johnson’s now seven-year mission to get help from the US government for Yaghdan and thousands of abandoned Iraqis like him.

To Be a Friend Is Fatal is Kirk W. Johnson’s “truly incredible” (Ira Glass) portrait of the human rubble of war and his efforts to redeem a shameful chapter of American history. “It is difficult to imagine a book more urgent than this” (The Boston Globe).

This reading group guide for To Be a Friend Is Fatal features discussion questions that are intended to help your reading group find new and interesting angles and topics for your discussion. We hope that these ideas will enrich your conversation and increase your enjoyment of the book.

1. In To Be a Friend Is Fatal, Kirk W. Johnson recounts the stories of numerous Iraqis who stepped forward to assist the United States during the course of the Iraq War. Did any particular story stand out to you?

2. In chapter 2, we are introduced to Yaghdan, on the eve of the war. Were you surprised by any aspects of Iraq's pre-2003 history? How do you think Yaghdan's life experiences affected his decision to help the Americans?

3. Kirk describes how his impressions of life in the Green Zone changed his perspective on the US government's efforts in Iraq. What did he find there, and what did it compel him to do?

4. In "USG speak," Kirk describes the orientation given to newly arrived American USAID staffers. What lessons can we draw from the way in which the agency's Iraqi employees were discussed?

5. There wasn't always a stigma in Iraq surrounding the Iraqis who worked for the Americans. What caused the Iraqi public's opinions to harden against those who assisted the US?

6. What does the story of MOAG, the Mother of All Generators, reveal about how the Americans tried to rebuild Iraq?

7. What stands out the most from Kirk's description of Fallujah?

8. After Kirk's accident in the Dominican Republic he faces months of recovery, but he harbors a wish to return to Fallujah as quickly as possible. Why do you think he wanted to go back?

9. In "The Insurgent of West Chicago," Kirk struggles to make sense of what America has done in Iraq. Imagine another country invaded the United States and occupied your hometown, all while informing you that they were there to help you. How do you think you would react?

10. Kirk describes his struggle with posttraumatic stress and depression following the accident. Do you know anyone who has experienced PTSD? Do you think his condition influenced his reaction to the desperate emails he received from Iraqi colleagues?

11. What do you remember most about Zina from her story in "Pod 23"? Why do you think she was motivated to work for the Americans? Why couldn't she and her family just stay inside Iraq or in a neighboring country?

12. Why do you think the United States was so reluctant to grant visas to its former Iraqi employees? Do you think the circumstances in Afghanistan are any different?

13. What do you think of the people who work in the refugee resettlement bureaucracy in the Departments of State and Homeland Security? Does their slow process—which may take years to dear a single case—represent a moral failing?

14. What are the historical analogues that Kirk brings up in "Past Is Prologue"? Can you think of any other historical situations that relate to these issues? Who said "To be an enemy of the United States is dangerous, but to be a friend is fatal"? To what group of people was he referring?

15. Why do you think our allies in Iraq and Afghanistan—the United Kingdom, Denmark, Poland, Australia, and Germany—were able to put their Iraqi and Afghan employees on military flights and rescue them with relative ease? Why do you think America responded to the same issue so differently?

16. What is Blackstone's Formulation, and how does it apply to the moral dilemma posed by helping Iraqis who worked for America?

17. Each year, tens of thousands of Americans die on the highways. Tens of thousands die in gun violence. Yet according to National Counterterrorism Center statistics, Americans are more likely to be crushed to death by their own furniture than to be killed in a terrorist act. Why do you think Americans respond so differently to the threat of terrorism than to other types of risk?

18. Do you think To Be a Friend Is Fatal is a story about success or failure? If you were Kirk, how would you know when "enough is enough" and it is time to move on to another focus in life?

19. Do you think that the United States has learned anything from Iraq, or from the fate of the Iraqis who worked alongside it? Do you think America will act differently in future wars? 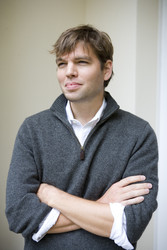 Kirk W. Johnson has become the leading public voice on the plight of America’s Iraqi allies. A graduate of the University of Chicago, Fulbright Scholar, and recipient of fellowships from the American Academy in Berlin and Yaddo, his writing has appeared in The New York Times, The Washington Post Magazine, Los Angeles Times, and Foreign Policy. Founder of the List Project, Johnson lives in Somerville, Massachusetts.

"Devastating . . ." the story of "interpreters and aid workers who risked their lives to work with the Americans, only to find themselves left behind as the United States pulled out, their lives in peril in a country that now regards them as despised collaborators."

"Kirk Johnson is one of the few genuine heroes of America's war in Iraq.... Johnson's story is about America's shame, and also its honor. This is an essential book."

“I have long been an admirer of Kirk Johnson--for his humanitarian advocacy on behalf of forgotten Iraqis and for his honest and poetic writing…. His is a story that arcs from charity to futility to pain to charity again, and how much he needs to tell it equals how much it deserves to be read.”

"What is so intriguing about this beautifully written book is that while it is a scathing critique of America's policy toward Iraq, it is not one of your usual policy books. To Be a Friend is Fatal is a deeply personal and poignant story about how one young American's passion and curiosity lead him to a distant and troubled land, where his empathy and sense justice prevent him from giving up on the people abandoned by the U.S. government."

“From the ruins of the war in Iraq and his own broken body, Kirk Johnson made it his cause to redeem the one American promise to Iraqis that honor required us to keep. He tirelessly fought the political resistance and bureaucratic indifference of two administrations. His account is riveting, darkly funny, heroic, and shaming.”

– George Packer, author of The Assassins' Gate and The Unwinding

"It is difficult to imagine a book more urgent than this."

"The well-written book - the author is an honest, engaging and indomitable guide - warrants a special place in nonfiction shelves."

"This authentic patriot has written a must-read memoir."

"Kirk W. Johnson’s rage-inducing account of government indifference is a tale of lost innocence that, in our American twilight, feels devastatingly allegorical."

“A poignant story…a fascinating and intimate look at the inner workings of military occupation and its effects.”

To Be a Friend Is Fatal

The Fight to Save the Iraqis America Left Behind