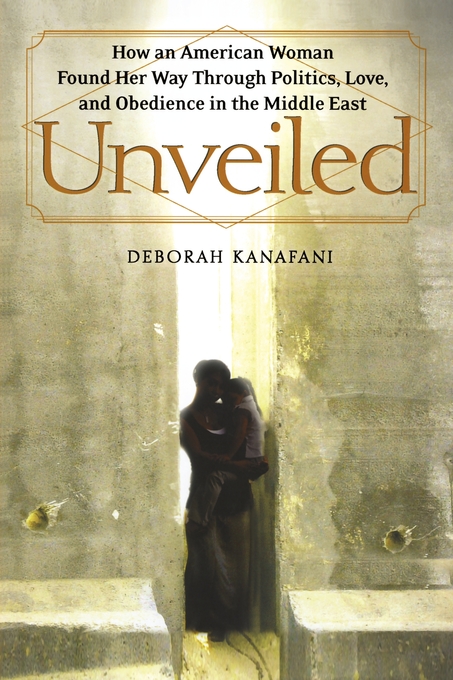 How an American Woman Found Her Way Through Politics, Love, and Obedience in the Middle East

In the early 1980s, Deborah Jacobs was an ordinary Lebanese American college student from Long Island, New York. By the end of the decade, she would bear witness to the making of international history. Her story begins in graduate school: through a series of chance encounters, young Deborah was introduced to Marwan Kanafani, a dashing former soccer star turned high-ranking Palestinian diplomat who was working at the United Nations. A political dynamo with movie-star charm, Marwan swept Deborah off her feet and into a marriage that kept her in the company of diplomats, dignitaries, world leaders, international glamour and intrigue. Although exciting, this lifestyle also isolated Deborah increasingly from her independent, American way of living, creating a rift that would end their marriage.

Marwan's profile was on the rise, and with it came a number of crucial connections for Deborah: while his involvement with the PLO intensified, eventually resulting in his appointment as senior advisor and spokesperson for Yasir Arafat, she formed friendships with such women as Suha Arafat, Queen Dina of Jordan, and other women married to Arab leaders.

After her divorce, when these women agreed to tell their stories of struggle and survival for a book, Deborah traveled to the Middle East to record them, planning to join her children, who were on the West Bank visiting their father. To her shock and horror, he refused to return the children to her.

Deborah stayed in the Middle East for several years to be near her children, finding strength in the women whose lives she documented and whose incredible stories are told in this book. She was eventually able to arrange the return of her children when they were evacuated to another country during a Palestinian uprising. The story of her journey, intertwined with those of the wives of the Arab leaders, takes the reader into an otherwise inaccessible and cloistered world populated by larger-than-life characters living out all-too-human dramas.

Culture, politics, and family collide in this gripping front-row perspective of the Middle East conflict and of the courageous women working behind the scenes for peace and challenging the patriarchal traditions of their homeland.

By clicking 'Sign me up' I acknowledge that I have read and agree to the privacy policy and terms of use. Free ebook offer available to NEW CA subscribers only. Offer redeemable at Simon & Schuster's ebook fulfillment partner. Must redeem within 90 days. See full terms and conditions and this month's choices.
Introduction:
Deborah Kanafani is a Lebanese-American woman, born and raised in New York. In her 20s, she was swept into the world of high-powered diplomats and dignitaries, marrying the handsome and charismatic Palestinian Marwan Kanafani, a former soccer star for the Egyptian national team who was then the director of the Arab League and who would go on to become Yasir Arafat's chief advisor. But Marwan Kanafani was a traditional Middle Eastern man, and as his wife, Deborah Kanafani was compelled to give up her friends and American sense of independence, dividing her time between Washington, D.C., and the Middle East, attending posh parties with world leaders but always kept on the sidelines.
The happiest part of the 14 years she was married, aside from her two children, was that along the way, Deborah Kanafani became friends with many of the wives of the high-powered men her husband worked with. Raymonda Tawil, a glamorous, fiercely independent older Palestinian woman who had been trying to create a dialogue with the Israelis for years. Her rebellious daughter, Suha, would secretly marry Arafat and become a close friend as well. Queen Dina of Jordan was King Hussein's first wife, before Queen Noor, and was a role model after whom Deborah named her own daughter.
But 14 years into the marriage, Deborah broke free from her traditional husband something a woman in the Middle East does not have the right to do.
Then, in 1997, in the midst of a project to interview the wives of Arab leaders, Deborah Kanafani traveled to the Middle East and sent her children to spend time with their father, then living on the West Bank. He refused to return the children to her, as he is allowed to do under Islamic Law. For the next three years, she stayed on in the West Bank, trying to get her children back, confronting the harsh reality of being a woman with no rights in the Muslim world. In the end, the women whose voices she had been recording -- the wives of the powerful men -- became her saviors, and with their help she was eventually able to bring her children back to America.
Discussion Questions:
1) From where does Deborah Kanafani get her strength and courage to fight for women's rights around the globe?
2) What influence did Deborah's parents have on her? Their divorce? What was Deborah's relationship with her father like? How did it influence her choice of men? Did her upbringing affect her decision to enter the political world? How did it affect her once she became a mother herself?
3) Discuss Kanafani's initial portrayal of Marwan. Why was Deborah attracted to Marwan, someone she believed to be "a devourer of women" (pg. 29)?
4) What do you believe motivates Marwan to play such an important role in Palestinian government? Is he trying to honor his brother's memory? Does he want to be in control? What other reasons might there be?
5) Deborah refers to her upcoming marriage as "[her] new job" (pg. 48). What does she mean by this? Is this a role she's happy to accept? What sacrifices do you think she was prepared to make? How do they compare to the ones she actually had to make?
6) Many well-known global figures are depicted in Unveiled, such as Yasir and Suha Arafat. Did you have strong opinions about these people before reading the book? If so, did your beliefs change?
7) "A Palestinian human rights group surveyed Palestinian men in 1997, and 25.3 percent agreed that family had the right to kill a female family member who had shamed them" (pg. 148). Did this information surprise you? How familiar were you with "honor killings" before reading Unveiled? Considering this statement, as well as the other statistics Deborah shares to illustrate the unequal treatment of women, were you surprised by the many outspoken women with whom Deborah met?
8) Deborah spent time with many well-known women who shared their struggles and triumphs, such as Queen Dina, Raymonda Tawil, Suha Arafat, Toujan al-Faisal, and others. Did one person's story touch you more than the others? If so, why?
9) How were Deborah's friends treated by their husbands? Were the women respected? Were their opinions welcomed? If you believe they were, how does this conflict with the laws aimed at keeping women "hidden and silent" (pg. 201)?
10) Toujan tells Deborah "the only way to change our laws is through attention from outsiders" (pg. 204). Is this statement accurate? Unveiled covers two decades of Deborah's life in the political world. Do you see any changes in the way women are treated from the early 1980s to 2000?
11) Were you surprised to learn about the all Israeli and Palestinian groups working for peace? Why do you think they are not featured in the U.S. media?
12) How did her upbringing affect her belief in coexistence programs between Israelis and Palestinians?
13) Do you think peace is possible in the Middle East after reading this book?
14) Does Deborah grow as an individual throughout the book? If so, how? What was her tipping point?
Enhance Your Book Club:
1) In Unveiled, Deborah Kanafani shares stories of her many travels overseas. Compile a list of the historical sites she visits, and have each book club member research the political and religious importance of each site.
2) The 1993 peace agreement between Israel and Palestine is a very important chapter in Unveiled. Try to find coverage of this event on either the Internet or at your local library, and watch the press conference before discussing the book.
3) If you would like to become involved in organizations working for peace in the Middle East, please visit the sites mentioned in the Appendix. You can read in-depth interviews with people involved with these organizations at www.justvision.org/profile. 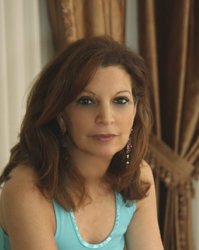 How an American Woman Found Her Way Through Politics, Love, and Obedience in the Middle East