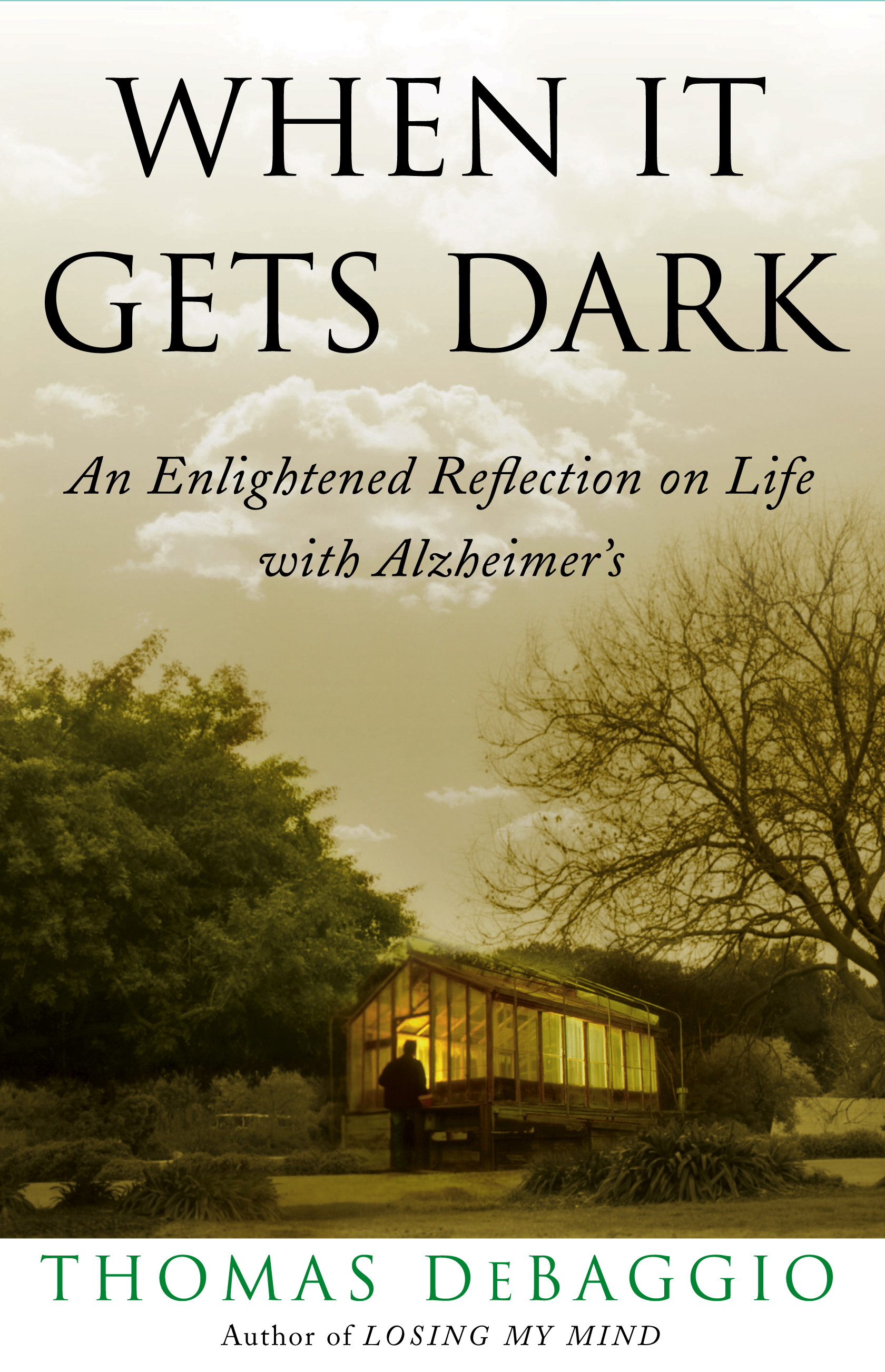 When It Gets Dark

An Enlightened Reflection on Life with Alzheimer's

By Thomas DeBaggio
LIST PRICE $16.99
PRICE MAY VARY BY RETAILER

Adeptly navigating between elegy and celebration, fear and determination, confusion and clarity, DeBaggio delivers an exquisitely moving and inspiring book that will resonate with all those who have grappled with their own or their loved ones' memory loss and with death.

With his first memoir, Losing My Mind, Thomas DeBaggio stunned readers by laying bare his faltering mind in a haunting and beautiful meditation on the centrality of memory to human life, and on his loss of it to early-onset Alzheimer's disease. In this second extraordinary narrative, he confronts the ultimate loss: that of life. And as only DeBaggio could, he treats death as something to honor, to marvel at, to learn from.

Charting the progression of his disease with breathtaking honesty, DeBaggio deftly describes the frustration, grief, and terror of grappling with his deteriorating intellectual faculties. Even more affecting, the prose itself masterfully represents the mental vicissitudes of his disease—DeBaggio's fragments of memory, observation, and rumination surface and subside in the reader's experience much as they might in his own mind. His frank, lilting voice and abundant sense of wonder bind these fragments into a fluid and poetic portrait of life and loss.

Over the course of the book, DeBaggio revisits many of the people, places, and events of his life, both in his memory and in fact. In a sense, he is saying goodbye, paying his respects to the world as it recedes from him—and it is a poignant irony that even as this happens, he is at the height of his remarkable descriptive powers. In his moments of clarity, his love for life's details only grows deeper and richer: the limestone creek where he has fished for years; his satisfying and lonely herb farming days; the goldfish pond his son designed and built in his backyard in honor of DeBaggio's passion for "any hole in the ground with some liquid in it"; the thirty years in his beloved home in Arlington, Virginia; his early career as a muckraker; the innumerable precious moments spent with his wife and son; his belated grief over his parents' deaths.

When It Gets Dark

An Enlightened Reflection on Life with Alzheimer's

By Thomas DeBaggio
LIST PRICE $16.99
PRICE MAY VARY BY RETAILER