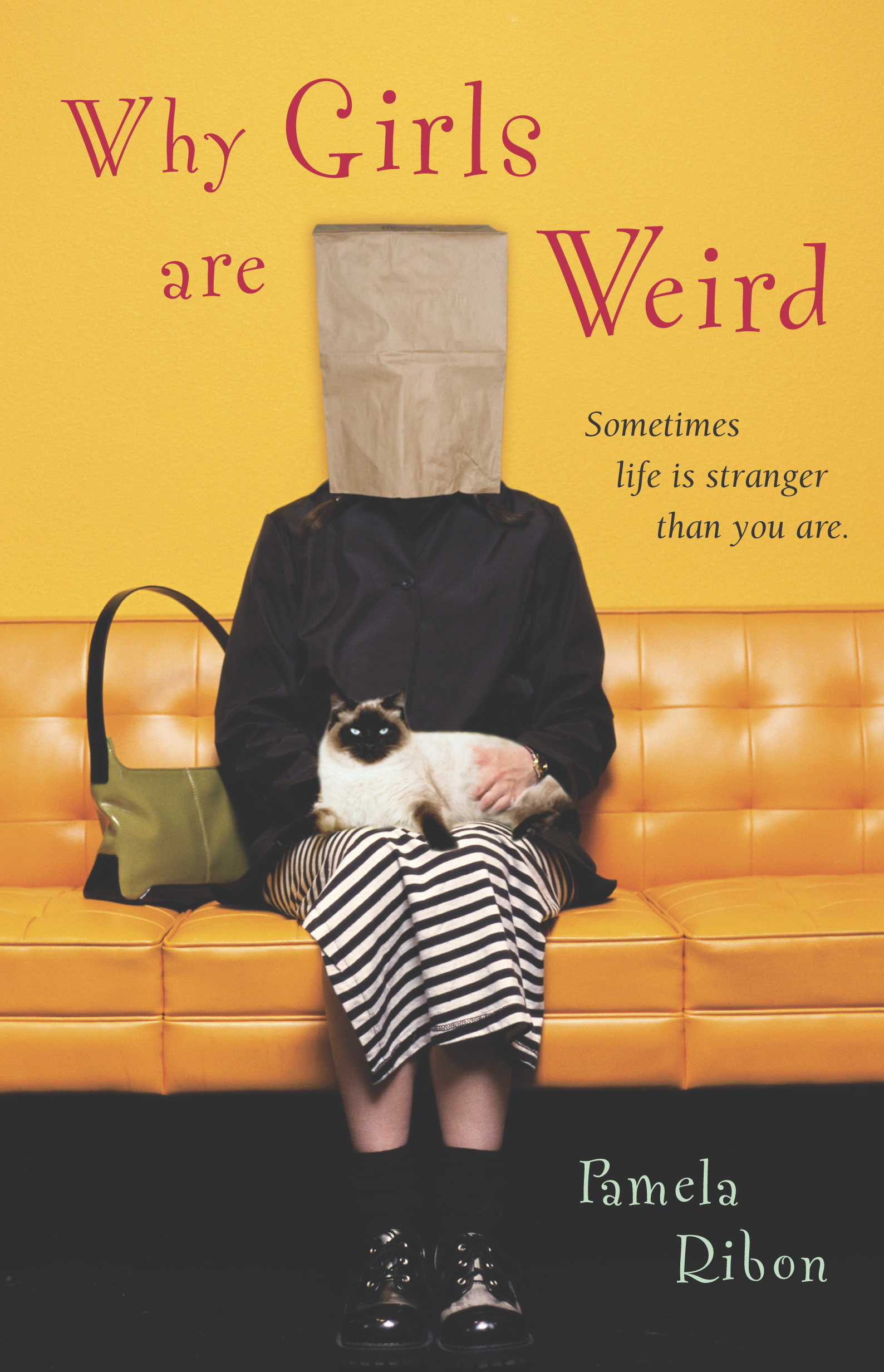 Why Girls Are Weird

She was just writing a story.
When Anna Koval decides to creatively kill time at her library job in Austin by teaching herself HTML and posting partially fabricated stories about her life on the Internet, she hardly imagines anyone besides her friend Dale is going to read them. He's been bugging her to start writing again since her breakup with Ian over a year ago. And so what if the "Anna K" persona in Anna's online journal has a fabulous boyfriend named Ian? It's not like the real Ian will ever find out about it.

The story started writing itself.
Almost instantly Anna K starts getting e-mail from adoring fans that read her daily postings religiously. One devotee, Tess, seems intent on becoming Anna K's real-life best friend and another, a male admirer who goes by the name of "Ldobler," sounds like he'd want to date Anna K if she didn't already have a boyfriend. Meanwhile, the real Anna can't help but wonder if her newfound fans like her or the alter ego she's created. It's only a matter of time before fact and fiction collide and force Anna to decide not only who she wants to be with, but who she wants to be.

The House of Smut Revealed

It's been a long time since I've played with dolls. I've never really thought back on my time with plastic humans before, but today, as I was watching a group of giggly young girls browsing Barbies in the Wal-Mart, I remembered that feeling -- that strange sexual energy and giddy shame of playing Barbies in my bedroom. It was a spinning, dizzy sensation. My friends and I spoke in hushed tones as we held these dolls in various stages of dress. If our parents had ever found out what we were doing, those dolls certainly would have been taken away from us. It wasn't our fault Barbie and her pals released our initial sexuality. We were young and full of questions and those dolls are shaped like handheld sexpots.

Barbie has big, incredible breasts with this soft spot between them that your thumb fits into just perfectly. She's not wearing anything underneath her clothing. You can put her in panties and a bra for a quick jog or you can have her make eggs in the Barbie Dream Kitchen wearing only a pair of spiked heels. You can pull her hair up or have it going down all the way to her high and tight ass.

Ken is big and bold and square. He's got a strong chin and jaw. His hair is blond, and sort of wavy. You can run your fingernail along the hard ridges on his head. Or can you? I can't remember if Ken had real hair. I think some of my Kens did. He is very muscular, and the bulge under his pants is impressive enough that you wonder if all boys polish their bulge as often as you'd polish Ken's with Windex. Ken has a nice, defined butt that looks good in a pair of swim trunks.

Barbie and Ken were very different from Donny and Marie. Yes, Donny and Marie Osmond. The fact that I loved Donny and Marie at three or four or however old I was might clue you in on the kind of childhood I had. I spent too much time in front of the television and I loved variety shows. What four-year-old loves variety shows? And were there so many four-year-olds in love with Donny and Marie that they had to make dolls of them? And why did I still have these dolls once I turned ten? Why didn't I get new dolls? I can't really start thinking too much about the hows or whys because it's all so fucked up that I end up wanting to go back in time to scoop up tiny little me and hold her and tell her about the Partridge Family. Anyway, I had these Mormon musical star dolls, but I had no idea what a Mormon was, so they ended up being gigantic sinners in my house.

Marie had short brown hair that was like Sally Field's helmet in Steel Magnolias. She was completely flat-chested. As bad as Skipper, if I remember correctly. Clothes just sat on her, and there was never a need for a belt. Her hand had a hole in it. You could stick her microphone there, but I knew just enough about Mormons to fit a diamond ring in the spot. I had Donny and Marie married, because I was young and thought anyone could get married as long as they loved each other.

Donny was wearing plastic tighty-whiteys. Seriously. There was an extra ridge of plastic that went around Donny's waist and legs. There was no bulge. His hair was dark and slicked down. A plastic shield -- there was no fucking around with Donny Osmond's hair. His smile was so bright and big. I think they painted stars in his eyes. He also had a hole in his hand, but if you did it just right, you could stick one of Barbie's spiked heels in the hole and have him sniff Barbie's shoe. Donny and Marie didn't have enough money for rent, so they lived off their love in a Buster Brown shoebox. Only a ten-year-old can create an incestuous Mormon celebrity relationship and have it be romantic.

Barbie's legs were very difficult to open. You had to jam Ken between them. Donny's arms were already bent at just enough of an angle that you could prop Barbie's legs on each one and they were good to go. Marie's head could turn all the way around. The hole in her hand could also hold a small martini glass. Most of my dolls had marks on their backs from being bound, gagged, and jammed into the bed of my Tonka 4x4.

The Barbie without a left pinkie was the fetishist and she'd often blindfold Strawberry Shortcake and sniff her all over. Custard wore a spiked collar made of toothpicks.

One day the Barbie without a head convinced Donny and Marie to put pink and blue Life pegs through the holes in their hands. The Barbies pretended the pegs were hits of acid and got the Osmonds to think they could fly.

The Barbie Town House had a pulley system for the house elevator. Ken and Skipper enjoyed a quick romp on top of the elevator while it was going up, jumping off on the third floor just before they'd be crushed to death.

I had to give some of my dolls distinguishing marks so I could keep track of all of their fetishes. I didn't want the nudist Barbies to end up bathing with the dolls that liked to sleep with Weebles. Barbie GreenHair liked to take baths in cotton balls. She also enjoyed wrapping herself from head to toe in toilet paper. Skipper MarkerFace enjoyed cutting the hair off other Barbie dolls and taping it to her back. One doll had hair that would grow if you pushed a button on her back or shorten if you twisted her arm. The other Barbies would torture her by pulling on her hair while twisting her arm at the same time. Then they'd eat her hair. Barbie BackwardsLegs enjoyed riding cats. She'd strap herself on and hang on for dear life while they'd buck and toss and eventually eat her head. She was a wild one, Barbie BackwardsLegs. I miss the hell out of her.

And, oh, man, they still talk about the day Jem and the Holograms showed up with six bottles of tequila and a roll of paper towels. 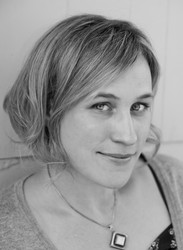 Pamela Ribon is a bestselling author, television writer and performer.  A pioneer in the blogging world, her first novel, Why Girls Are Weird, was loosely based on her extremely successful website pamie.com.  The site has been nominated for a Bloggie in Lifetime Achievement, which makes her feel old. Ribon created the cult sensation and tabloid tidbit Call Us Crazy:  The Anne Heche Monologues, a satire of fame, fandom and Fresno.  Her two-woman show, Letters Never Sent (created with four-time Emmy winner and Jay Leno Show favorite Liz Feldman) was showcased at the 2005 HBO US Comedy Arts Festival in Aspen.  She has been writing in television for the past seven years, in both cable and network, including on the Emmy-award winning Samantha Who? starring Christina Applegate.  Using her loyal Internet fan base, Ribon sponsors book drives for libraries in need.  Over the years, pamie.com has sent thousands of books and materials to Oakland and San Diego, sponsored a Tsunami-ravaged village of schoolchildren, and helped restock the shelves of a post-Katrina Harrison County, Mississippi.  Ribon’s book drive can now be found at DeweyDonationSystem.org, which has sponsored libraries from the Negril School in Jamaica to the Children’s Institute in Los Angeles.

Why Girls Are Weird