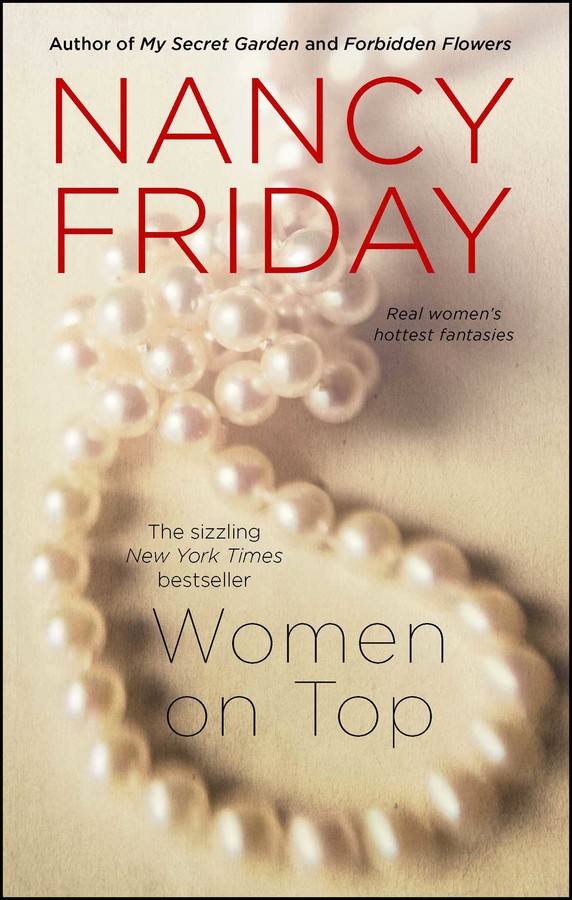 In a post-50 Shades of Grey world, a new audience is ready for Nancy Friday’s groundbreaking work on female sexual fantasies. Women on Top explores the changing face of sex and power dynamics through over 150 collected fantasies from real women.

Nancy Friday, whose collections of women’s sexual fantasies include My Secret Garden and Forbidden Flowers, offers up “a smorgasbord of sensual scenarios” (New Women) in this explicit New York Times bestseller that puts women in control of their sexual destinies. Nearly two hundred women contributed, in their own uncensored words and through interviews with the author, the shocking, daring, amusing, untamed, and pulse-pounding imaginings that turn them on the most. “The fantasies are fascinating,” raves Esquire magazine, no doubt because unlike anything any novel could ever truly capture, they allow open access to what women really desire.

Nancy Friday is the bestselling author of My Secret Garden, Jealousy, Men in Love, My Mother/My Self, Women on Top, The Power of Beauty and, most recently, Our Looks, Our Lives. She lives in Key West, Florida, and in Connecticut.