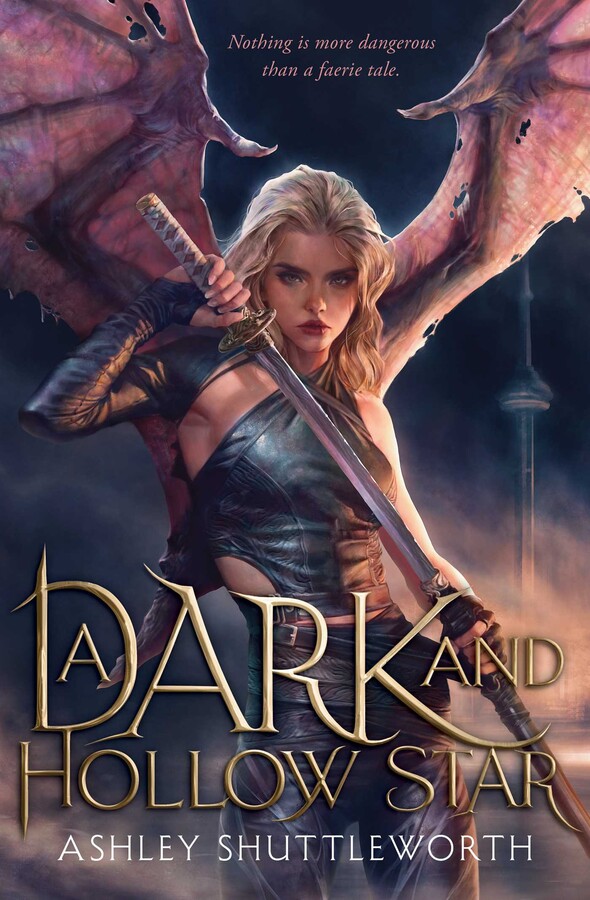 A Dark and Hollow Star

The Cruel Prince meets City of Bones in this thrilling urban fantasy set in the magical underworld of Toronto that follows a queer cast of characters racing to stop a serial killer whose crimes could expose the hidden world of faeries to humans.

The “ironborn” half-fae outcast of her royal fae family.
A tempestuous Fury, exiled to earth from the Immortal Realm and hellbent on revenge.
A dutiful fae prince, determined to earn his place on the throne.
The prince’s brooding guardian, burdened with a terrible secret.

For centuries, the Eight Courts of Folk have lived among us, concealed by magic and bound by law to do no harm to humans. This arrangement has long kept peace in the Courts—until a series of gruesome and ritualistic murders rocks the city of Toronto and threatens to expose faeries to the human world.

Four queer teens, each who hold a key piece of the truth behind these murders, must form a tenuous alliance in their effort to track down the mysterious killer behind these crimes. If they fail, they risk the destruction of the faerie and human worlds alike. If that’s not bad enough, there’s a war brewing between the Mortal and Immortal Realms, and one of these teens is destined to tip the scales. The only question is: which way?

Wish them luck. They’re going to need it. 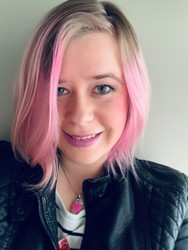 Ashley Shuttleworth is a young adult fantasy author with a degree in English literature and a slight obsession with The Legend of Zelda, Kingdom Hearts, and Final Fantasy. They currently live in Ontario, Canada, with their cat named Zack and a growing collection of cosplay swords.

"Beautifully written and deliciously complex, A Dark and Hollow Star is utterly engrossing. The magic is bloody, the humor sharp, and the murder mystery drenched in violence and intrigue. Like a fallen Fury set on vengeance, I couldn’t get enough."

– Nicki Pau Preto, author of the Crown of Feathers series

When the leaders of the magical community turn their backs on a spreading series of murders, dark magic and intrigue draw four young rebels together in this modern fantasy.

Eight Fae Courts rule the Mortal Realm of magic, but, despite their supposed peace with one another, prejudice runs rampant against anyone who isn’t sidhe, particularly the ironborn whose red blood signifies human parentage. When the Courts dismiss a string of unsolved ironborn murders, four unlikely allies join forces to investigate. Chapters primarily rotate among the perspectives of Nausicaä, an exiled Fury with blond hair and suntanned skin who wields a katana; Vehan, a blue-eyed, golden-skinned prince of the Seelie Court of Summer; Aurelian, the prince’s lesidhe retainer and childhood best friend, who has light tan skin; and Arlo, a white-skinned ironborn girl who is related to the High King. The plot offers high stakes, simmering romantic tension, political drama, refreshingly casual representation of queer and transgender characters, and an intriguing magic system that draws inspiration from Dungeons & Dragons. However, the story suffers from consistent, frequent reinforcement of skinny and muscular bodies as most beautiful, with descriptions that quickly grow tiresome.

A gripping flight into fantasy that is heavy-handed in its presentation of conventional beauty standards.

When someone starts slaying human-fae hybrids (dubbed “ironborn” for their blood’s composition), Toronto teen Arlo Jarsdel knows she should lie low. Though her mother is fae, her father is mortal, and she has yet to mature into any powers she could use to defend herself. The Fae Courts’ High King blames the crimes on reckless former Fury and known murderer Nausicaä Kraken—a theory Arlo endorses until Nausicaä saves her life. Against her better judgment (and despite being grounded), Arlo teams up with Nausicaä to catch the real culprit. Aiding their investigation are Nevada teen Vehan Lysterne—a fae prince who believes the attacks are part of a larger plot—and his steward, fellow fae Aurelian Bessel. Sparks fly between Arlo and Nausicaä, while unrequited love complicates Vehan and Aurelian’s already thorny relationship. First in a planned duology, Shuttleworth’s queer urban fantasy debut combines figures from Greek myth and European folklore with elements of tabletop RPGs. If the story feels overstuffed, with villains who all but twirl their mustaches, Shuttleworth sensitively tackles the plot’s darker elements, including trauma and suicidal ideation, tempering them with tenderness and wry wit. A kaleidoscopic narrative adds depth and drive. Ages 14–up. Agent: Mandy Hubbard, Emerald City Literary. (Feb.)

A Dark and Hollow Star