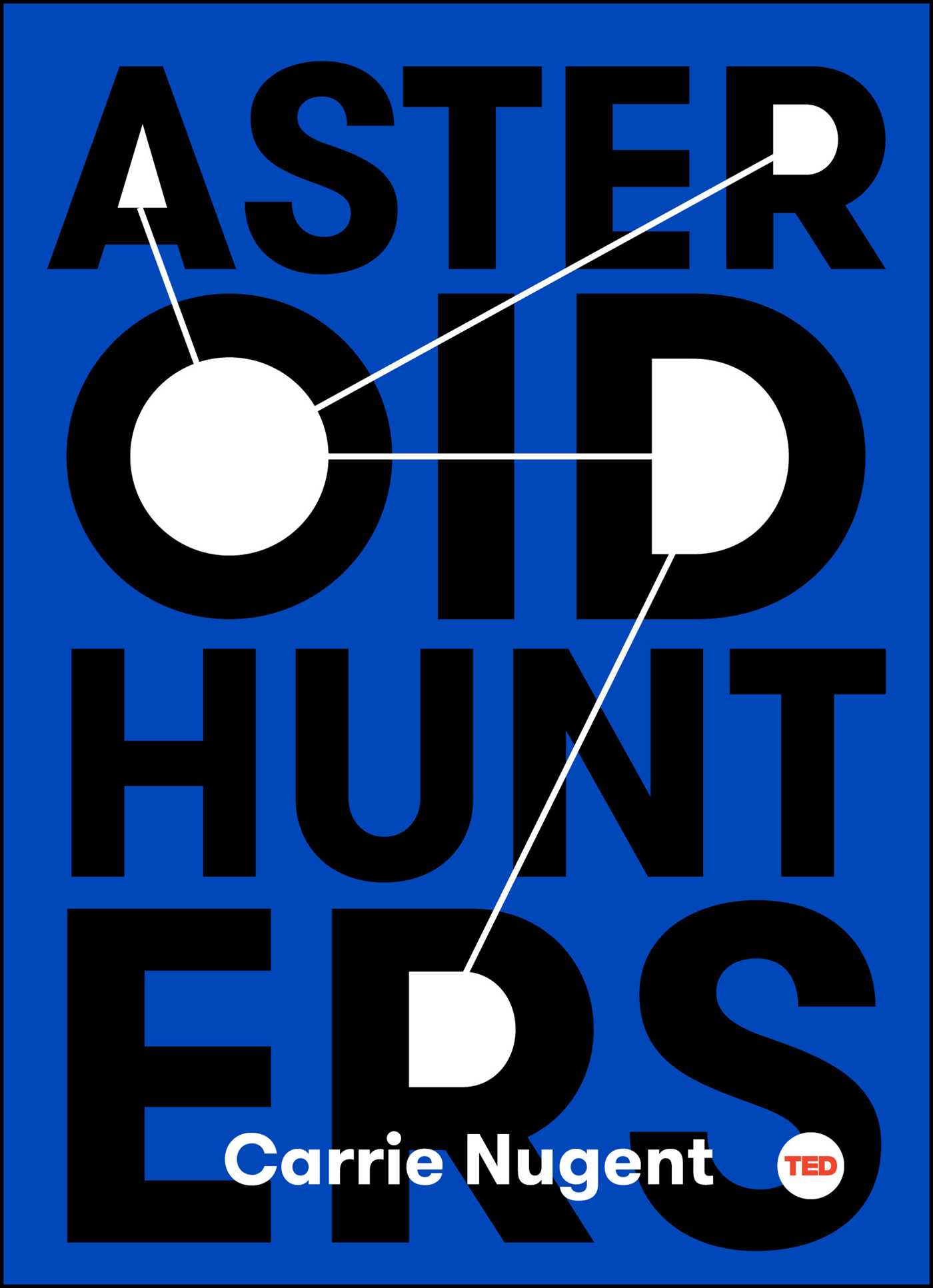 For the first time, scientists could have the knowledge to prevent a natural disaster epic in scale—an asteroid hitting the earth and in this exciting, adventuresome book, Carrie Nugent explains how.

What are asteroids, and where do they come from? And, most urgently: Are they going to hit the Earth? What would happen if one was on its way? Carrie Nugent is an asteroid hunter—part of a group of scientists working to map our cosmic neighborhood. For the first time ever, we are reaching the point where we may be able to prevent the horrible natural disaster that would result from an asteroid collision.

In Asteroid Hunters, Nugent reveals what known impact asteroids have had: the extinction of the dinosaurs, the earth-sized hole Shoemaker Levy 9 left in Jupiter just a few decades ago, how the meteorite that bursted over Chelyabinsk in Russia could have started a war, and unlucky Ms. Anne Hodges—the only person (that we know of) in US history to be the victim of a direct hit. Nugent also introduces the telescope she uses to detect near-Earth asteroids. Ultimately, detection is the key to preventing asteroid impact, and these specialized scientists are working to prevent the unthinkable from happening.

If successful, asteroid hunting will lead to the first natural disaster humans have the know-how and the technology to prevent. The successful hunt and mapping of asteroids could mean nothing less than saving life on earth.

Asteroid Hunters 1 A Wild Frontier
I want you to imagine the solar system. I bet you’re trying to recall an image from a childhood textbook: Mercury, Venus, Earth, Mars, Jupiter, Saturn, Uranus, Neptune. The planets are stately spheres, in a neat line leading away from the Sun.

Viewed this way, our cosmic neighborhood looks orderly and uncomplicated: a simple place that a child could draw. It seems thoroughly explored; after all, spacecraft have traveled to every planet. Each world has been measured and photographed. The solar system has been visited, explored, and mapped. Any remaining mystery must lie farther out, for future generations to discover.

I’m here to tell you that is not so. Our solar system is actually a wild frontier, teeming with different, diverse places: planets and moons, millions of objects of ice and rock. It is absolutely enormous; billions of kilometers (miles) across, so vast that we are only just beginning to figure out exactly where the solar system ends and interstellar space begins.

But even in our cosmic backyard, close to Earth, discoveries await us. I am talking about asteroids; the small, mysterious bodies that travel between the planets.

Every night, teams of scientists scour the sky for these objects. Every night, they discover new ones. It is a quiet effort, a steady accumulation of data over decades, a task that rewards coordinated teamwork. I am one of these asteroid hunters. It’s a pretty cool job, and I love telling people about it.

When I tell people I’m a space scientist studying asteroids, they sometimes assume I’m a super-smart math whiz. The kind of person who skipped a bunch of grades and went to college when they were sixteen. Although I am good at math, school was difficult for me, and I didn’t get straight As. But I was willing to work hard to satisfy my curiosity; I wanted to understand how things worked. As children, humans are naturally inquisitive about the world, and I was lucky to have encouraging parents. When I was five, my mom gave me a packet of litmus papers, chemical strips that change color when they are dipped in acids and bases. I ran around the house testing everything I could, trying to assemble a rainbow of results. So I was pretty young when I learned that science let you understand—and even better, predict!—the workings of the universe. By the time I got to college, I knew I wanted to study physics.

Becoming a scientist is a long journey, and at every step I found projects that were exciting, motivating me to continue. My path was not straightforward—when I began studying physics in college, I had no idea I would end up studying asteroids; in fact, I never took an astronomy class. But as it happened, my physics degree led me to study geophysics in graduate school, and that led me to study asteroids today. I love studying asteroids because they are relatively simple, just rocks in space. They can be understood with physics and described with elegant equations. For the most part, they are serene celestial bodies.

But for many people the word asteroid is synonymous with destruction; it brings to mind the extinction of the dinosaurs, or images from disaster movies of shattering buildings and cartwheeling cars. But large asteroid impacts are exceedingly rare. And as it turns out, there are actually things we can do now to lower the chance that someday one may harm us.

The idea that an asteroid impact can be prepared for, like one might prepare for a big winter storm, can come as a surprise. Metaphorically, asteroids seem to embody our lack of control over the universe. In literature, art, and popular culture, they are acts of God, cosmic phenomena that highlight our own powerlessness.

But the reality is quite different. As a species, we have the scientific understanding and technological prowess to actually do something about this particular problem. And it all starts with mapping the asteroids in our cosmic neighborhood.

Thanks to the hard work of generations of asteroid hunters, we have found almost all of the biggest, most hazardous objects. By the end of 2011, we had found over 90 percent of asteroids bigger than one kilometer across that get close to Earth; that is, those capable of massive destruction. And because the hunt for these objects has continued since then, that percentage is even higher today.

It is crucial we keep searching the skies. Not only would we like to find all the asteroids bigger than one kilometer across, it is also a good idea to find the slightly smaller, but still pretty big asteroids that are out there. Asteroid hunters are currently working toward a second target: finding 90 percent of the sasteroids bigger than 140 meters across that get close to Earth. These objects are big enough to decimate a medium-sized country, and so far, only about thirty percent of these have been found.

Asteroid hunting is our responsibility to the rest of the planet. We are the only species able to understand calculus or build telescopes; the poor dinosaurs didn’t stand a chance, but we do. If we found a hazardous asteroid with enough early warning, we could nudge it out of the way. Unlike earthquakes, hurricanes, or volcanic eruptions, asteroid impacts are a natural disaster that can be precisely predicted and, with enough time, entirely prevented.

As you will see, finding asteroids is a complex task that requires teamwork and patience. Asteroid hunters spend long nights on remote mountains, with only skunks and owls to keep them company. We use a robotic telescope that orbits Earth, diligently imaging the sky every eleven seconds. We send data to a centralized archive called the Minor Planet Center. And all this work is managed from a nondescript building in Washington, DC, by NASA’s Planetary Defense Coordination Office, an unusual place that combines the futuristic work of defending Earth from asteroids with the bureaucratic reality of operating within the US government.

But let’s back up a bit. What exactly is an asteroid?

Asteroids are commonly thought of as the rocky and metallic leftovers of the planet-building phase of our solar system. There are millions of them. The biggest are hundreds of kilometers across, while the smallest tracked ones are mere meters wide. Even smaller ones than that certainly exist, but are too tiny to see with today’s telescopes. To the causal eye, asteroids are gray or brown; some are light in color, and some are so dark they look black. Most asteroids travel around the Sun alone, but some have asteroid moons. A few have two moons. So far, we’ve never seen one with three moons, but that doesn’t mean we never will.

There are beautiful images of asteroids taken by spacecraft or radar imaging. Asteroids are generally lumpy. Like a Rorschach test, what you think an asteroid looks like often says more about you than the asteroid. Americans often default to “potato shaped”; in fact, asteroid 88705 is named Potato. After the Chinese spacecraft Chang’e-2 took photographs of one asteroid, the mission scientists published a paper called “The Ginger-shaped Asteroid 4179 Toutatis.” After the Japanese spacecraft Hayabusa imaged asteroid 25143 Itokawa, mission scientists compared its shape to a “sea otter,” describing a distinct “head” and “body.”

Where do asteroids live?

Most asteroids reside in the “main belt” between Mars and Jupiter, and never get close to Earth. Their orbits around the Sun haven’t changed much over billions of years. Small in astronomical terms, they are quite large when viewed from a human perspective. One of the biggest is a main-belt object called Vesta, and it is 525 kilometers (326 miles) across. It’s got roughly the same surface area as Pakistan.

Although it contains millions of asteroids, the main belt isn’t at all the crowded place that you are probably picturing. I blame that misconception on that scene from The Empire Strikes Back where Han Solo plunges the Millennium Falcon into an “asteroid field” to evade the pursuing Empire. Princess Leia exclaims, “You’re not actually going into an asteroid field?” Han Solo replies, “They’d be crazy to follow us, wouldn’t they?”

Our heroes are dodging asteroids, which are flying in every direction, and the pursuing bad guys are being taken out one by one by collisions. C-3PO says, “Sir, the possibility of successfully navigating an asteroid field is approximately 3,720 to 1!” And Han, who is really selling these lines, says, “Never tell me the odds.”

Clearly I love that scene.1 But the real odds of safely navigating the asteroid belt in our solar system are a whole lot better.2 It’s pretty much 1:1. NASA has done this successfully many times, starting with Pioneer 10 (which launched in 1972) to the Juno mission, which reached Jupiter in 2016.

Although there are millions of asteroids in the main belt, the fact is that each one is very small compared to the enormity of space. If you were to take all the known asteroids and squash them together to form a giant ball, that giant ball would still be smaller than our Moon. And the region in space where they orbit is so vast that if you were to stand on the surface of any one asteroid and look around, any other asteroids you could see would appear to be faint points of light. 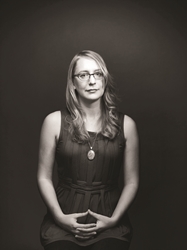 Dr. Carrie Nugent is a scientist that works on discovering and finding asteroids. She works on NASA’s NEOWISE mission, which uses a space-based infrared telescope to discover, track, and characterize asteroids. She is a 2016 TED fellow, and hosts and produces Spacepod, a podcast about space exploration. She even has an asteroid named after her: 8801 Nugent. Asteroid Hunters is her first book.