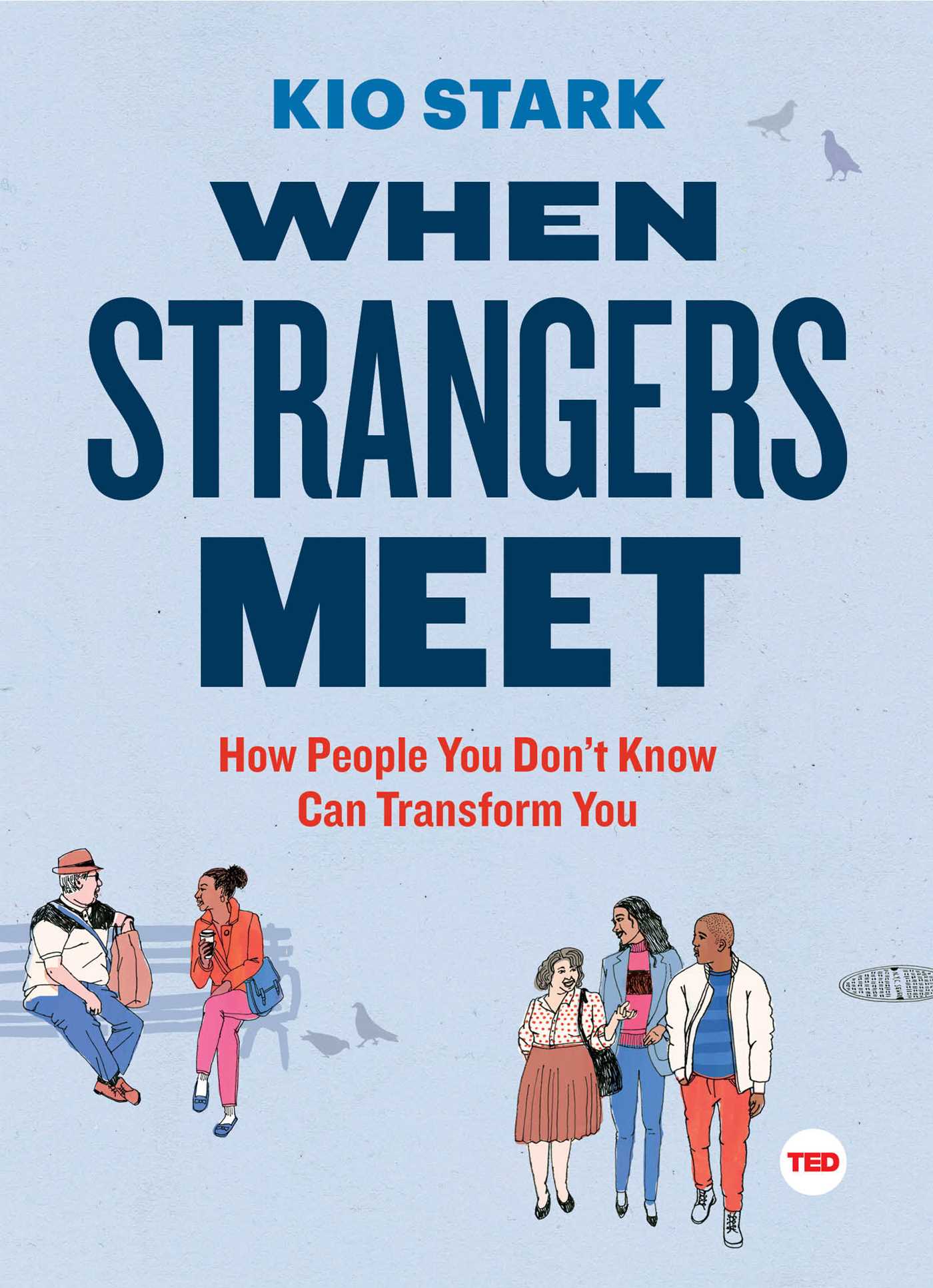 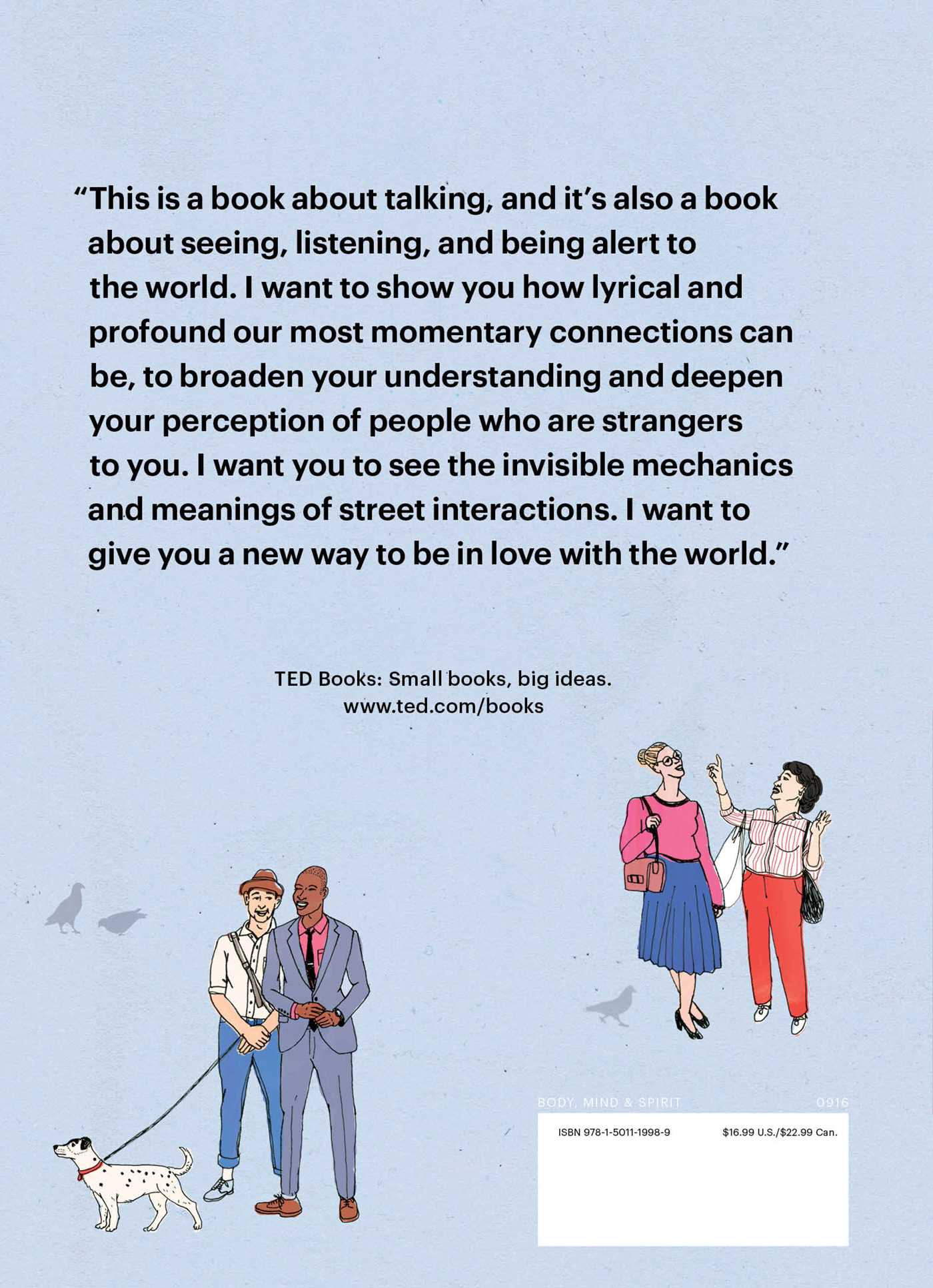 How People You Don't Know Can Transform You

Discover the unexpected pleasures and exciting possibilities of talking to people you don’t know—how these beautiful interruptions can change you, and the world we share.

When Strangers Meet argues for the pleasures and transformative possibilities of talking to people you don’t know. Our lives are increasingly insular. We are in a hurry, our heads are down, minds elsewhere, we hear only the voices we already recognize and rarely take the effort to experience something or someone new. Talking to strangers pulls you into experiences of shared humanity and creates genuine emotional connections. It opens your world. Passing interactions cement your relationship to the places you live and work and play, they’re beautiful interruptions in the steady routines of our lives. In luminous prose, Stark shows how talking to strangers wakes you up.

Threaded throughout are powerful vignettes from Stark’s own lifelong practice of talking to strangers and documenting brief encounters, along with a deep exploration of the dynamics of where, how, and why strangers come together. Ultimately, When Strangers Meet explores the rich emotional and political meanings that are conjured up in even the briefest conversations and unexpected connections with strangers. Stark renders visible the hidden processes by which we decide who to greet and trust in passing, and the unwritten rules by which these encounters operate. When Strangers Meet teaches readers how to start talking to strangers and includes adventurous challenges for those who dare.

When Strangers Meet 1 Who Is a Stranger?
How do you divide the world into known and unknown? Stranger is a slippery word—you think you know what it means until you try to account for yourself. It names an idea that invisibly structures your everyday life, what you see, the choices you make, the way you move. Are you ready to see just how slippery it is? Tell me what you mean when you say stranger.

I ask this a lot, and almost everything I hear boils down to this wonderfully contradictory list.

• Someone you’ve only seen once.

• The entire world of people you’ve never met or encountered.

• All the people who are unknown to you but possibly knowable, the people who you’re aware of as individuals in some way, but have never met or encountered in person.

• People you have personal information about but have not met, like a friend of a friend, or a public person.

• A person who doesn’t share your context, whether that is ideological or geographical.

• A person you don’t have anything in common with.

• Someone who is not part of any group you define yourself as belonging to.

• Someone you can’t understand.

• Someone who is a threat.

• Someone you encounter frequently but don’t know anything about other than what you can observe.

• Someone whose name you don’t know.

When we examine our ideas about strangers, the notion that a stranger is someone to be afraid of often falls away, chalked up to childhood training in “stranger danger” or something gleaned from the media, in contradiction to our lived experiences. Who we think is a stranger is an individual thing. It’s also defined by culture and history. The ways we interact with strangers—and so our very ideas of whom they are—can change in response to major events. During major disruptions in our lives, in storms, floods, outages, transit strikes, we suspend our usual expectations and put feelings of community above fear. Ever more frequent terrorist attacks by Islamic fundamentalists around the world have directly increased suspicion of strangers—and have fueled illogical and unwarranted assumptions about what kind of stranger poses a threat.

Our concepts of strangers and how we behave toward them also vary by situation. Is it dark, am I alone, am I in familiar territory, am I lost, am I in the minority in this place?

Who counts as a stranger? Who do we greet? Who do we avoid? My four-year-old daughter forces me to ask these questions constantly. My family lives in a city, in an area with residential blocks and commercial streets crossing each other. As my daughter and I walk around the neighborhood, I watch her sort strangers.

I say hello to most people, and she wants to know why. Are they our friend? she’ll ask. “No, just a neighbor” might be the answer when it’s someone we see often or people who are walking near our house. Do we know them? “No, we’ve never met them.” Why did you say hi then? “It’s just nice to be friendly.” I think twice when I tell her that, even though I mean it. And as a woman, I know very well that strangers on the street don’t always have such noble intentions. It is good to be friendly, and it’s good to learn when not to be. But none of that means we have to be afraid.

Our apartment is near a halfway house, and some of the people who live there are hard cases, apparently a little “off” in one way or another. They might be dressed in very shabby or unwashed clothes, or behaving in ways that look like they’re high on something. Their speech or body language sometimes puts me on alert for behavior that may or may not be harmless. I feel varying degrees of discomfort about any of these situations, and I want my daughter to see that I make choices—and learn to make her own—about who I greet and how I avoid interacting with someone I think might be unpredictable or unpleasant. I want her to understand an essential distinction in a world of strangers: unpredictable and unpleasant are not by definition dangerous.

On our way to school one morning there was a man in the middle of the block we usually walk down, and he was yelling angrily at the air, stomping his feet and swinging his arms. I said to my daughter, “Let’s go another way.” She asked, Why can’t we go that way, isn’t he our neighbor? Once a question is asked, it snakes through many others. I had to wonder what made me uneasy and whether or not it was based on good instincts or prejudice I’m blind to. That day, I said, “Well, that man looks pretty upset and I don’t want to get too close to him.” Why is he upset? she asked. “I don’t know what’s bothering him, but I can tell by the way he’s yelling and what he’s doing with his body that I don’t want to get near him right now.” I watched her taking that in. I had sidestepped the shorthand of saying, “He’s acting crazy,” though that’s what I would have said to an adult. I wasn’t being delicate about my choice of language as much as I was avoiding a cascade of questions I wasn’t prepared to answer there on that street corner. What’s crazy? How did he get that way? Is he always crazy? How do I know someone is crazy?

What was important to me in that moment was that she learn to perceive, not learn to name or categorize.

That’s an uphill battle, because categorizing is something human brains do. We categorize people as a shortcut to learning about them. We see young, old, white, black, male, female, stranger, friend, and we use the information we store in that box, the box labeled OLD or FEMALE or STRANGER to define them. Sometimes that’s the best we can do, but it creates a dreadful lack of knowing at the individual level.

Categorization and its malignant offspring, stereotyping, are learned at home, in school, on the street. These ways we have of seeing each other also have deep roots in human history. The blunt argument made by some academics (and further oversimplified by the media) says we became hardwired for this in an early moment in human evolution, when having a strong sense of “us and them” helped humans in an extremely resource-poor environment choose who to help and who to exclude so that their group had a better shot at survival. In other words, fear and bias were once useful. It may be in one way or another true that we were once dependent on keeping our groups closed. But turn your most suspicious eye on theories that say humans are hardwired for anything. Someone may be using an idea as a sledgehammer. That word is trying to tell you there’s something we can’t change. The fact that “us and them” thinking has long roots in human history does not mean that it is natural, or acceptable. It does not mean bias is inevitable and immutable, or that fearful and defensive instincts should continue to drive us.

There’s no question: We have to choose whom to trust. The world is full of dangers, and a few of them arrive in the form of an unfamiliar face. We have to navigate that world safely somehow. We can make these choices with attention and grace. If we don’t, we will find ourselves in a one-dimensional world, deprived of honest human connections and interruptions that awaken us.

None of this is easy. To learn to truly see someone you’ve never met is hard. Slotting them into categories is a lazy shortcut we rely on too often. Relying on your perceptions—giving careful attention to what your senses are telling you without jumping to conclusions—costs time and effort. It’s not a lightning reflex but a skill to be learned. You can practice it in places with low stakes. Take a walk in the park, in daylight, and look at the people around you. What do you see? What puts you at ease or sets you on edge? Who counts as a stranger?

Whatever you find, and wherever you think it comes from, one thing is certain: we are surrounded by individuals, not categories. There are adventures to be had here, adventures you can set out for every day of your life. To really understand how you divide the world, to use your senses to choose whom to make familiar, and to stop and say hello to a stranger, these bold acts can transform your emotional experience of the public world. And you can transform the public world itself right along with you. 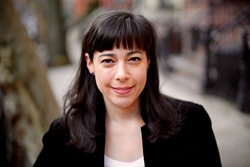 Kio Stark is the author of the novel Follow Me Down, the independent learning handbook Don’t Go Back to School, and When Strangers Meet. She writes, teaches, and speaks around the world about stranger interactions, independent learning, and relational technology.

How People You Don't Know Can Transform You