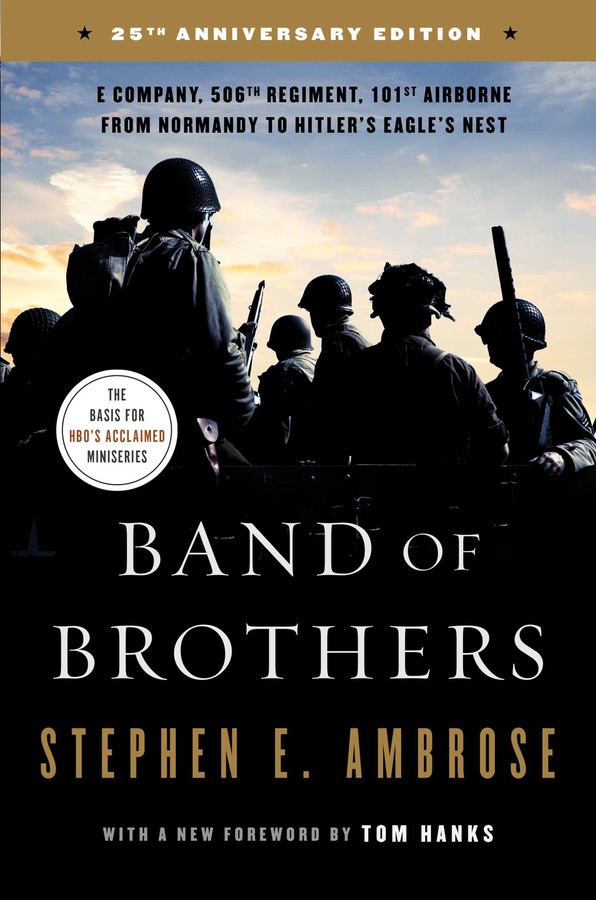 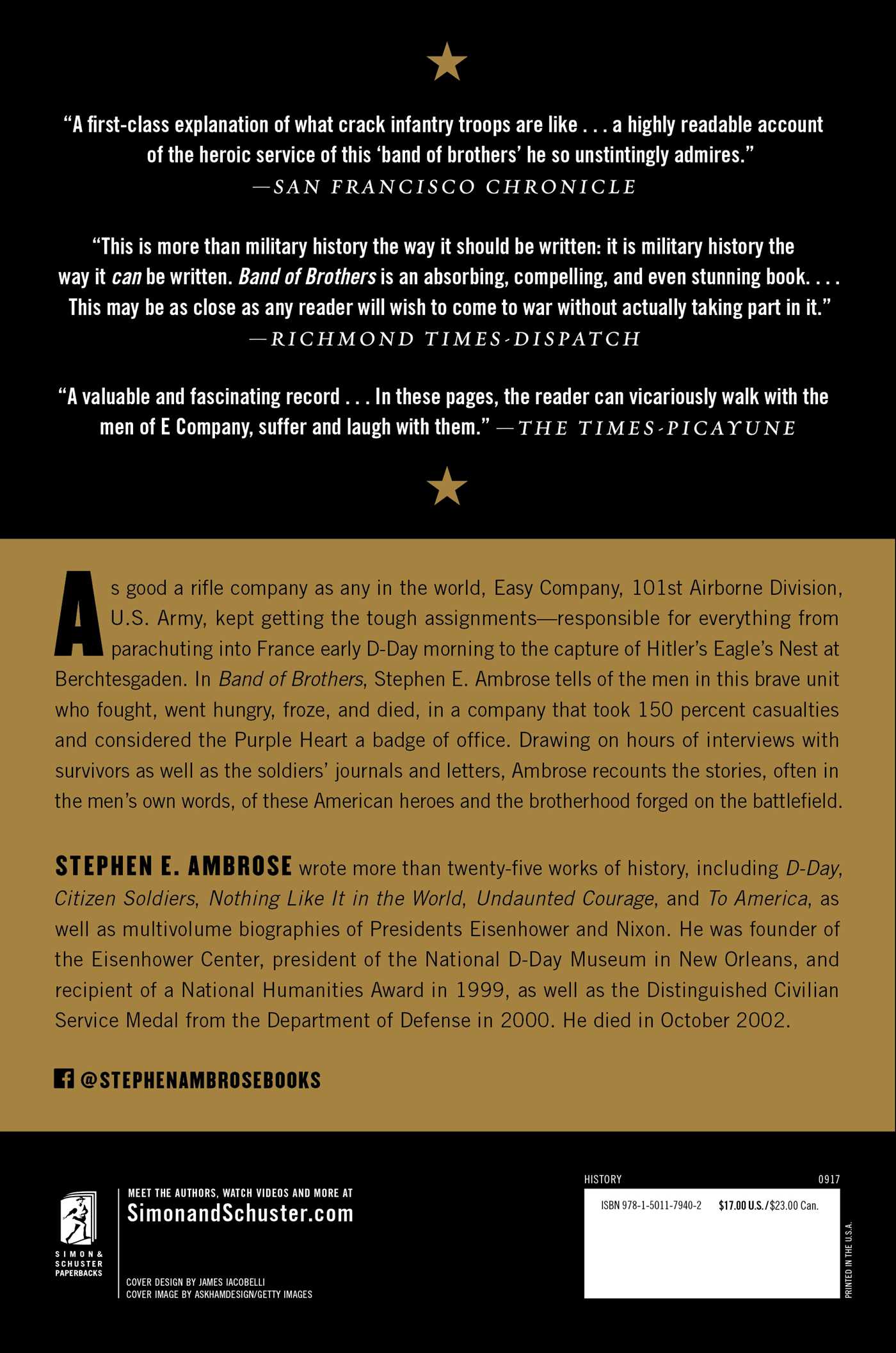 Stephen E. Ambrose’s classic New York Times bestseller and inspiration for the acclaimed HBO series about Easy Company, the ordinary men who became the World War II’s most extraordinary soldiers at the frontlines of the war's most critical moments. Featuring a foreword from Tom Hanks.

They came together, citizen soldiers, in the summer of 1942, drawn to Airborne by the $50 monthly bonus and a desire to be better than the other guy. And at its peak—in Holland and the Ardennes—Easy Company was as good a rifle company as any in the world.

From the rigorous training in Georgia in 1942 to the disbanding in 1945, Stephen E. Ambrose tells the story of this remarkable company. In combat, the reward for a job well done is the next tough assignment, and as they advanced through Europe, the men of Easy kept getting the tough assignments.

They parachuted into France early D-Day morning and knocked out a battery of four 105 mm cannon looking down Utah Beach; they parachuted into Holland during the Arnhem campaign; they were the Battered Bastards of the Bastion of Bastogne, brought in to hold the line, although surrounded, in the Battle of the Bulge; and then they spearheaded the counteroffensive. Finally, they captured Hitler's Bavarian outpost, his Eagle's Nest at Berchtesgaden.

They were rough-and-ready guys, battered by the Depression, mistrustful and suspicious. They drank too much French wine, looted too many German cameras and watches, and fought too often with other GIs. But in training and combat they learned selflessness and found the closest brotherhood they ever knew. They discovered that in war, men who loved life would give their lives for them.

This is the story of the men who fought, of the martinet they hated who trained them well, and of the captain they loved who led them. E Company was a company of men who went hungry, froze, and died for each other, a company that took 150 percent casualties, a company where the Purple Heart was not a medal—it was a badge of office.

Band of Brothers FOREWORD TO THE 25TH ANNIVERSARY EDITION


AS THE RED-LETTER VERSION of the Gospels puts extra attention on those certain passages most important to that story, Band of Brothers shows Stephen Ambrose’s high regard for, and his faith in, the words of the brothers themselves. The historical record of Easy Company of the 506th Regiment of the 101st Airborne Division is written neither in the grand tactics of military planning nor in the collective events across the nations-wide fronts of World War II. Rather, the saga of Easy Company is meted out in the days, even the hours, from the formation of the outfit at Camp Toccoa, Georgia, through the horrible months begun in Normandy, and not completed until they took the Eagle’s Nest; in the memories told by the likes of men named Carwood, Buck, and Wild Bill.

There is no question of Stephen’s bona fides as a historian. Band of Brothers holds its own on the Ambrose shelf of books. In it, he shows himself to be, again, a great chronicler of history, a teller of authoritative, intuitive, and heartrending stories. Magnificently, Ambrose demonstrates the most important quality for any scholar or writer—as a listener.

I found it impossible to be a distant observer of the lives of the men of Easy Company as heard and written by Stephen Ambrose. Their stories—the history they witnessed, the history they made—are the redlettered memories of the days of their youth, words that landed in the golden ears of a great writer who knew wheat from chaff. 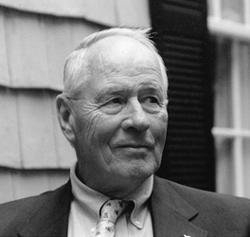 Stephen E. Ambrose was a renowned historian and acclaimed author of more than thirty books. Among his New York Times bestsellers are Nothing Like It in the World, Citizen Soldiers, Band of Brothers, D-Day - June 6, 1944, and Undaunted Courage. Dr. Ambrose was a retired Boyd Professor of History at the University of New Orleans and a contributing editor for the Quarterly Journal of Military History.

“A first-class explanation of what crack infantry troops are like . . . a highly readable account of the heroic service of this ‘band of brothers’ he so unstintingly admires.”

“A valuable and fascinating record . . . In these pages, the reader can vicariously walk with the men of E Company, suffer and laugh with them.”

“As a member of just such a unit . . . I am impressed by how well Mr. Ambrose has captured the true essence of a combat rifle company.”

SEE ALL
See more by Stephen E. Ambrose
Thank you for signing up, fellow book lover!