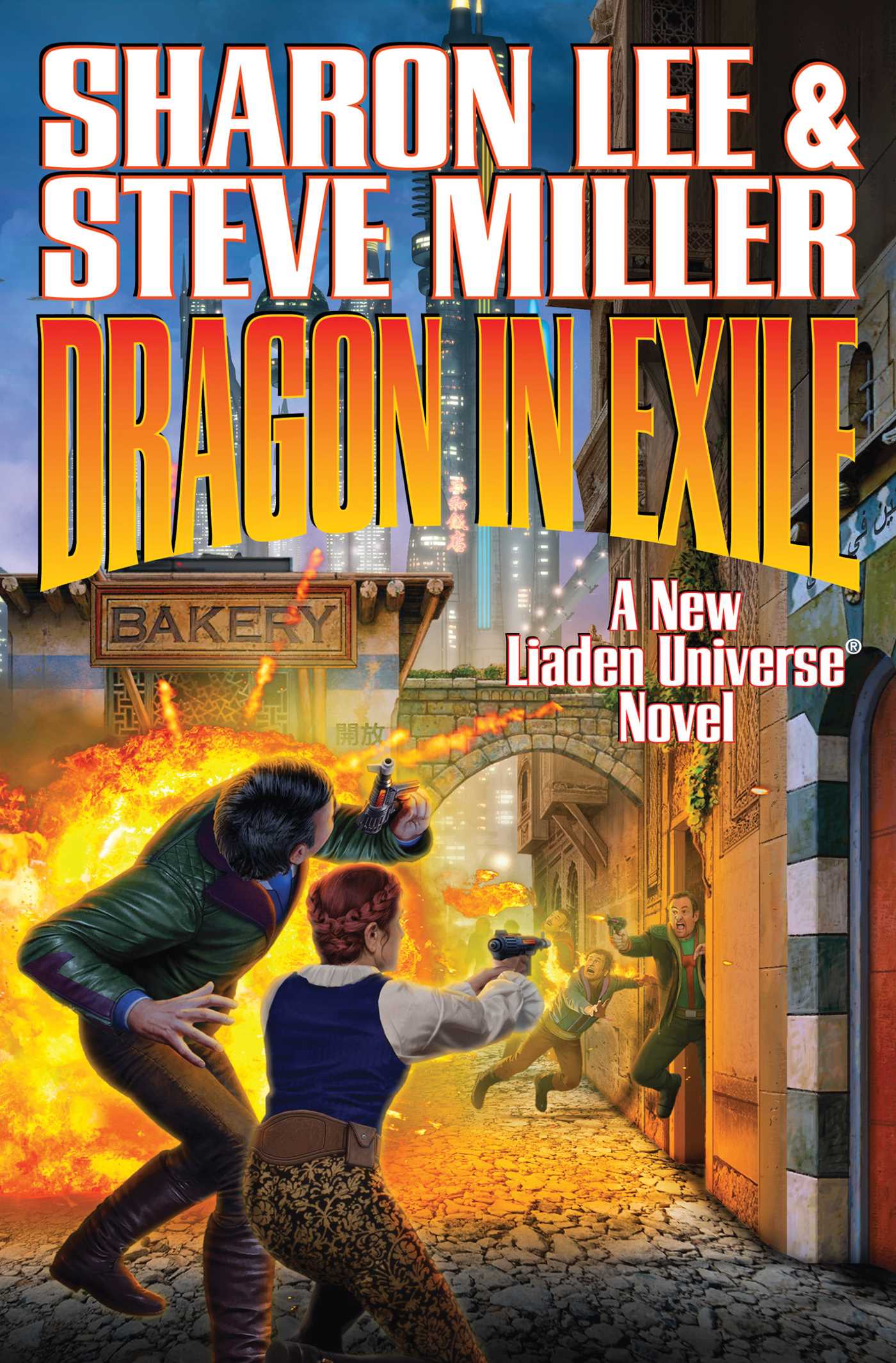 #18 in the popular and exciting science fiction Liaden Universe®. Clan Korval rebuilds its fortunes on the gritty, semi-anarchic planet of Surebleak. Over a quarter million Liaden Universe® books are in print with an audience that keeps growing!

Star-trading Clan Korval—known to Terrans as the Tree-and-Dragon Family and to the locals simply as "the Dragon"—has been convicted of crimes against the homeworld. No matter that one of the "crimes" consisted of saving the elitist planet of Liad from very real internal threats, the Council of Clans wanted Korval heads to roll. Unfortunately for the Council, the Dragon's allies conspired to impose a milder punishment for saving the world: banishment, rather than execution.

Now relocated to the free-for-all world of Surebleak, the Dragon is under contract to keep the Port Road open to all traffic, and to back the New Bosses in imposing law and order on a society originally based on larceny and assassination. This modest rustication is going surprisingly well, until Korval discovers that the enemy they'd sought to destroy. . .wasn't quite destroyed, and is more determined than ever to eradicate Korval.

While the banishment killed no one initially, many of Korval’s trading allies are spooked, and some are reneging on ancient agreements, leaving the Dragon to make its own way. The clan’s efforts to stealthily recruit new allies is going haywire, and a secret death toll is rising even as the clan’s adherents endure increasing exposure to danger and deceit off-world.

To make matters worse, an active portion of Surebleak's native population liked the Old Ways just fine, and are conspiring to take the New Bosses—and the Dragon—down, and are sure they have the firepower and people to do it.

The exiled Dragon has to make an urgent choice—accept an alliance with criminals or face down each and every enemy in person, one by one.

About the Liaden Universe® series:
“Every now and then you come across an author, or in this case, a pair, who write exactly what you want to read, the characters and personalities that make you enjoy meeting them. . . . I rarely rave on and on about stories, but I am devoted to Lee and Miller novels and stories.” —Anne McCaffrey

“These authors consistently deliver stories with a rich, textured setting, intricate plotting, and vivid, interesting characters from fully-realized cultures, both human and alien, and each book gets better.”—Elizabeth Moon

“[D]elightful stories of adventure and romance set in a far future. . .space opera milieu. It’s all a rather heady mix of Gordon R. Dickson, the Forsythe Saga, and Victoria Holt, with Lee and Miller’s own unique touches making it all sparkle and sizzle. Anyone whose taste runs toward SF in the true romantic tradition can’t help but like the Liaden Universe.”—Analog

“[T]he many fans of the Liad universe will welcome the latest…continuing young pilot Theo Waitley’s
adventures.”–Booklist on Saltation

love of cats, a thirst for justice, and a staff of true power. Since then, the husband-and-wife have written dozens of short stories and twenty plus novels, most set in their star-spanning Liaden Universe®. Before settling down to the serene and stable life of a science fiction and fantasy writer, Steve was a traveling poet, a rock-band reviewer, reporter, and editor of a string of community newspapers. Sharon, less adventurous, has been an advertising copywriter, copy editor on night-side news at a small city newspaper, reporter, photographer, and book reviewer. Both credit their newspaper experiences with teaching them the finer points of collaboration. Sharon and Steve passionately believe that reading fiction ought to be fun, and that stories are entertainment. Steve and Sharon maintain a web presence at http://korval.com/