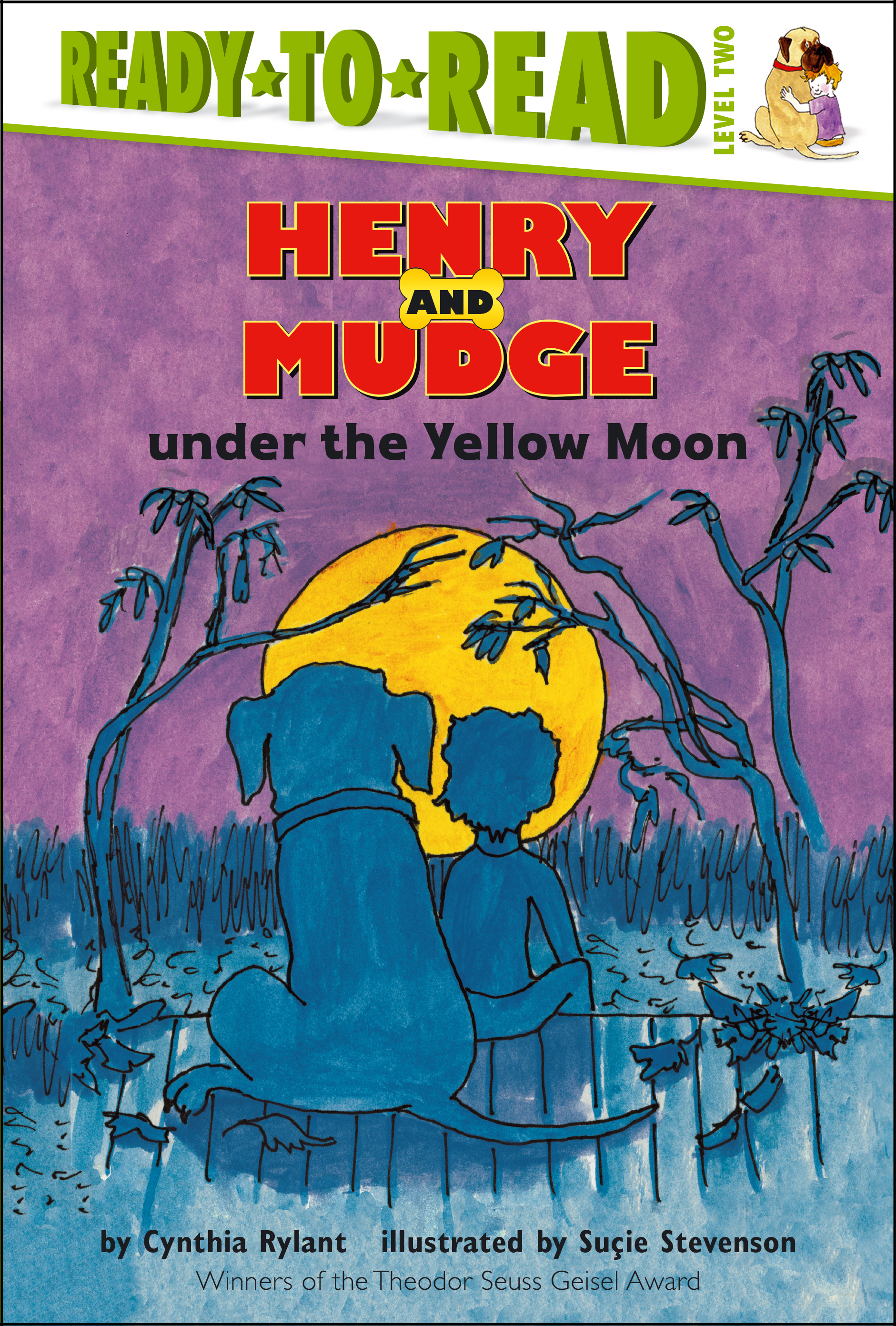 Henry and Mudge under the Yellow Moon

Henry and his dog Mudge have some Halloween fun in this fourth Ready-to-Read book of their adventures.

Henry and his 180-pound dog Mudge are best friends forever. And when Halloween rolls around, they share jack-o'-lanterns and ghost stories with Aunt Sally.

A Guide for Reading Groups to

“Bravo Henry and Mudge,” cheers School Library Journal. “May they go on forever.” The Horn Book joins the chorus: “These books are lively, reassuring, and comical – just right for newly independent readers, with cartoon-style illustrations that gallop, skip, and splash right along with the text.”

Henry and his endearing dog Mudge have been beguiling beginning readers ever since their first adventure was published in 1987. Twenty-eight titles are now available in the Ready-to-Read line, each an engaging launch for lively classroom discussions, intriguing projects, and a lifelong love of reading.

Cynthia Rylant is the award-winning author of many wonderful books for children, including the Newbery Medal-winning Missing May, the Newbery Honor book A Fine White Dust, and the Caldecott Honor books When I Was Young in the Mountains and The Relatives Came.

Suçie Stevenson is the illustrator of the Henry and Mudge series. She resides in Cape Cod, Massachusetts.

1. Henry and Mudge, the very first book in the series, is all about how the two friends found each other. Why did Henry need Mudge? Why did Mudge need Henry? How did they know, right from the start, that they were meant for each other?

2. Mudge is a huge dog, but there are still plenty of animals bigger than he is. With your class, make a list of all the big creatures that make even Mudge look puny.

4. Even though Henry and his cousin Annie, in Henry and Mudge and the Careful Cousin, have very different ideas at first about what is fun, they still find a way to play together. Discuss how they reconcile their differences. Have your students ever been in a similar situation? Were they able to find common ground? How?

6. Mudge might not be the smartest dog in the world, but when he goes to a dog school in Henry and Mudge Take the Big Test, he learns a lot. Discuss some of the qualities that make him a good pupil. What can your students learn from his example?

7. In Henry and Mudge and Annie’s Perfect Pet, Henry thinks and thinks until he and his parents come up with “the perfect pet” for his cousin Annie—a fluffy bunny that Annie names Snowball. Why do Henry and his parents decide that a bunny is a perfect pet for Annie? Poll each of your students to find out what their “perfect pet” would be.

9. Mudge is well-liked by people and even by other animals! However, when Henry and Mudge visit a farm in Henry and Mudge and the Wild Goose Chase, an unfriendly goose decides to make Mudge feel unwelcome. Why do your students think the goose reacted to Mudge that way? What qualities does Mudge have that makes him so likeable to just about everyone else?

10. When Henry is scared or worried, how does he react? How does Mudge help soothe Henry’s fears? How does Henry soothe Mudge’s fears? What do your students do when they are upset? What calms them down?

12. We meet Henry’s “burly” Uncle Jake in Henry and Mudge and the Tall Tree House. Who does Uncle Jake remind your students of? How does Henry try to keep everyone happy in this story? How is the end of this story a perfect solution to Henry’s problem?

13. What wishes would your students make on a shooting star? In Henry and Mudge in the Sparkle Days, Henry wishes for chocolate pudding every day. His father hopes for world peace. His mother wants her favorite basketball team to win. Post your class’s special wishes on a bulletin board.

14. Discuss what it means to be a friend. What do your students look for in a friend? How do they help their friends? How do their friends help them? How can they make themselves even better at being a friend?

1. After sharing Henry and Mudge and the Great Grandpas with your class, make a date to visit a local senior center, nursing home or assisted living facility in your community. Once there, have your students practice reading with the seniors. Or, bring along materials for a simple craft that your students and the seniors can work on together.

5. Henry and Mudge collect several souvenirs from their trip to the Wild West in Henry and Mudge and the Tumbling Trip. Discuss souvenirs with your students. What is the meaning of the word “souvenir”? Why do people buy souvenirs when they travel? Host a “souvenir show and tell day” in your classroom. Ask your students to bring in a souvenir from a recent trip, and have them share with the class why they chose that souvenir to remember their trip.

6. In Henry and Mudge in the Green Time, the two friends climb the hill in back of Henry’s house and pretend that they are looking down at their kingdom. If there is a nearby hill in your community, climb it. If there is a tall building, try to take your class to an upper floor. Your students should bring drawing materials with them and make pictures to show how their neighborhood looks when observed from way up high.

7. Initiate a pet-friendly classroom project in honor of Mudge. Your class can collect old towels and sheets from the families in your school to donate to a local animal shelter or humane society, where they would be used for the dogs and cats in their care. Sponsor a school-wide pet food drive. Or, host a bake sale during lunch or after school and give the proceeds to a local animal based charity.

9. Spend May Day with Henry and Mudge. The first of May is Henry’s birthday. Be sure to mark his special day with a celebration in your class.

11. Inspired by Henry and Mudge and the Long Weekend, transform a gray day by building a castle in your own classroom. Your students can bring in boxes, discarded cardboard, and other appropriate building materials from home.

12. Henry and Mudge and the Great Grandpas is the first book awarded the Theodor Seuss Geisel Award. This new award, named in honor of Theodor Seuss Geisel (also known as Dr. Seuss), will be given each year by the American Library Association to the author and illustrator of a beginning-reader book that demonstrates “great creativity and imagination.” Do some further research on The Geisel Award. Why was it created? Why is it named after Dr. Seuss? What are the criteria for this award? Why do your students think a Henry and Mudge book was chosen to receive the first Geisel award? Take this opportunity to talk to your students about awards presented to children’s books annually, like the Caldecott and Newbery Medals. Does your state have a children’s book award?

13. In Henry and Mudge and the Big Sleepover, the boys keep busy at the party by playing games, watching movies, eating pizzas, and making shadows on the wall with their hands. Have your students share with each other what activities they would do at their own sleepover parties. Then, take an afternoon, turn out the lights, and have a pretend “sleepover” with your class. Let your students play games, bring in a favorite snack, and demonstrate what shadows they can make with their own hands.

The Henry and Mudge Series

Cynthia Rylant is the author of more than 100 books for young people, including the beloved Henry and Mudge, Annie and Snowball, Brownie & Pearl, and Mr. Putter & Tabby series. Her novel Missing May received the Newbery Medal. She lives in Lake Oswego, Oregon. Visit her at CynthiaRylant.com. 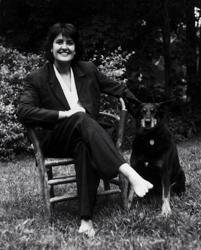 Suçie Stevenson is the acclaimed author and illustrator of more than fifty books for children and is best known as the illustrator of the popular Henry and Mudge books by Cynthia Rylant. She lives on Cape Cod, Massachusetts, with her little cocker spaniel, Gracie.

Henry and Mudge under the Yellow Moon