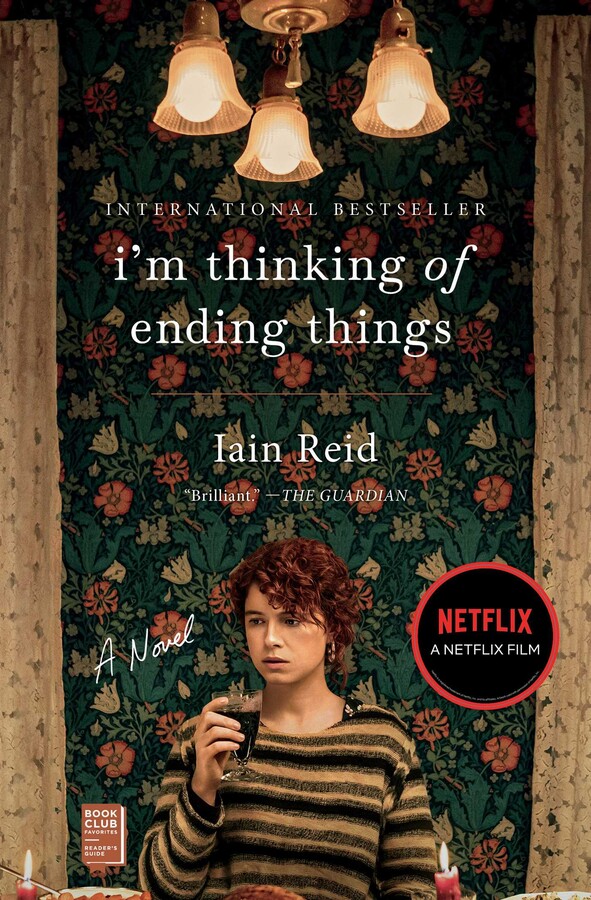 By Iain Reid
LIST PRICE $16.99
PRICE MAY VARY BY RETAILER

You will be scared. But you won’t know why…

I’m thinking of ending things. Once this thought arrives, it stays. It’s always there. Always.

Jake and I have a real connection, a rare and intense attachment. What has it been...a month? I’m very attracted to him. Even though he isn’t striking, not really. I’m going to meet his parents for the first time, at the same time as I’m thinking of ending things.

And here’s what I’m thinking: I don’t want to be here.

Iain Reid explores the depths of the human psyche, questioning consciousness, free will, the value of relationships, fear, and the limitations of solitude. Reminiscent of José Saramago’s early work, Michel Faber’s cult classic Under the Skin, and Lionel Shriver’s We Need to Talk About Kevin, this tense and atmospheric novel will haunt you long after the last page is turned.

I haven’t been thinking about it for long. The idea is new. But it feels old at the same time. When did it start? What if this thought wasn’t conceived by me but planted in my mind, predeveloped? Is an unspoken idea unoriginal? Maybe I’ve actually known all along. Maybe this is how it was always going to end.

You can’t fake a thought. And this is what I’m thinking.

It worries me. It really does. Maybe I should have known how it was going to end for us. Maybe the end was written right from the beginning. 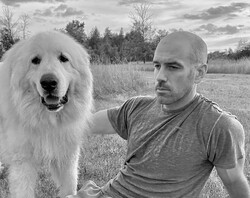 Iain Reid is the author of two critically acclaimed, award-winning books of nonfiction. His internationally bestselling debut novel, I’m Thinking of Ending Things, has been published in more than twenty countries. Oscar-winner Charlie Kaufman is writing and directing a film based on the novel, which Reid will co-produce. His second novel, Foe, was an instant bestseller and feature film rights have been acquired by Anonymous Content, with Reid set to executive produce. Follow him on Twitter @Reid_Iain.

“An ingeniously twisted nightmare road trip through the fragile psyches of two young lovers. My kind of fun!”

– Charlie Kaufman, director of Eternal Sunshine of the Spotless Mind and Adaptation

“An addictive metaphysical investigation into the nature of identity, one which seduces and horrifies in equal measure. Reid masterfully explores the perversity of loneliness and somehow also creates a very entertaining thriller. I found myself yelling at the characters to put their feet on the pedal and drive.”

– HEATHER O’NEILL, author of Lullabies for Little Criminals and Daydreams of Angels

“Here are some near-certainties about I’m Thinking of Ending Things. Number One: You’re going to read it fast. Over the course of an afternoon or an evening. The momentum is unstoppable—once you start, you won’t be able to stop. And Two: once you race to the end and understand the significance of those final pages, you won’t be able to stop thinking about I’m Thinking of Ending Things. It will find a spot in your heart and head and it will live there—for days, weeks, months, or (in my case) the rest of your life. Yes. It really is that good.”

– CRAIG DAVIDSON (aka Nick Cutter), author of Cataract City and The Deep

“An utterly compelling modern Gothic that stakes its claim in the inner precincts of horror. Reid builds tension the way Edgar Allan Poe builds brick walls in his basement.”

“One of the best debut novels I’ve ever read. Iain Reid has crafted a tight, ferocious little book, with a persistent tenor of suspense that tightens and mounts toward its visionary, harrowing final pages.”

– SCOTT HEIM, author of Mysterious Skin and We Disappear

“In a novel this engaging, bizarre, and twisted, it shouldn't come as a surprise that its ending is even stranger than the narrative route that takes us there . . . but it does. Reid's novel is a road trip to the heart of creepyness.”

– SJÓN, author of The Blue Fox, From the Mouth of the Whale, and The Whispering Muse

“Reid’s tightly crafted tale toys with the nature of identity and comes by its terror honestly, building a wall of intricately layered psychological torment so impenetrable it's impossible to escape.”

“These characters are carefully developed and the plot takes some frightening turns, leading to a shocking ending. The construct of this book is brilliant and unusual and should appeal to fans of psychological thrillers, as well as to some horror fans. A dark and compelling debut novel, it is a most uncomfortable read but utterly unputdownable.”

“Reid fuses suspense with philosophy, psychology, and horror in his unsettling first novel.… Capped with an ending that will shock and chill, this twisty tale invites multiple readings.”

“This slim first novel packs a big psychological punch with a twisty story line and an ending that will leave readers breathless.”

“An unnerving exploration of identity, regret and longing. Delightfully frightening.”

“The boldest and most original literary thriller to appear in some time. . . . In addition to Cronenberg, the ghost of Stephen King hovers over these pages.”

By Iain Reid
LIST PRICE $16.99
PRICE MAY VARY BY RETAILER