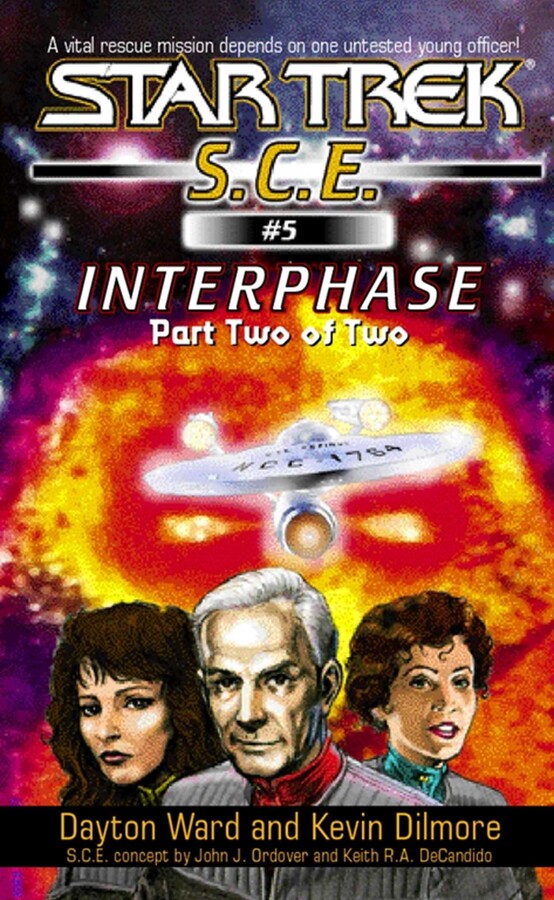 With Captain David Gold and an away team trapped on the other side of an interdimensional rift, Lieutenant Commander Kieran Duffy Þnds himself in command of the U.S.S. da Vinci just as the ship comes under attack by the Tholians. The enemy is armed with a new and improved version of their infamous energy web, and the da Vinci is badly outnumbered, but þeeing the battle means abandoning the captain and the others to an uncertain fate outside this universe. There, marooned aboard a derelict vessel, Gold and his S.C.E. team struggle to keep the madness -- inducing effect of the rift from driving them to suicide and murder before they can Þnd a way to escape the realm of Interphase.
The exciting conclusion of an all-new two-part adventure!