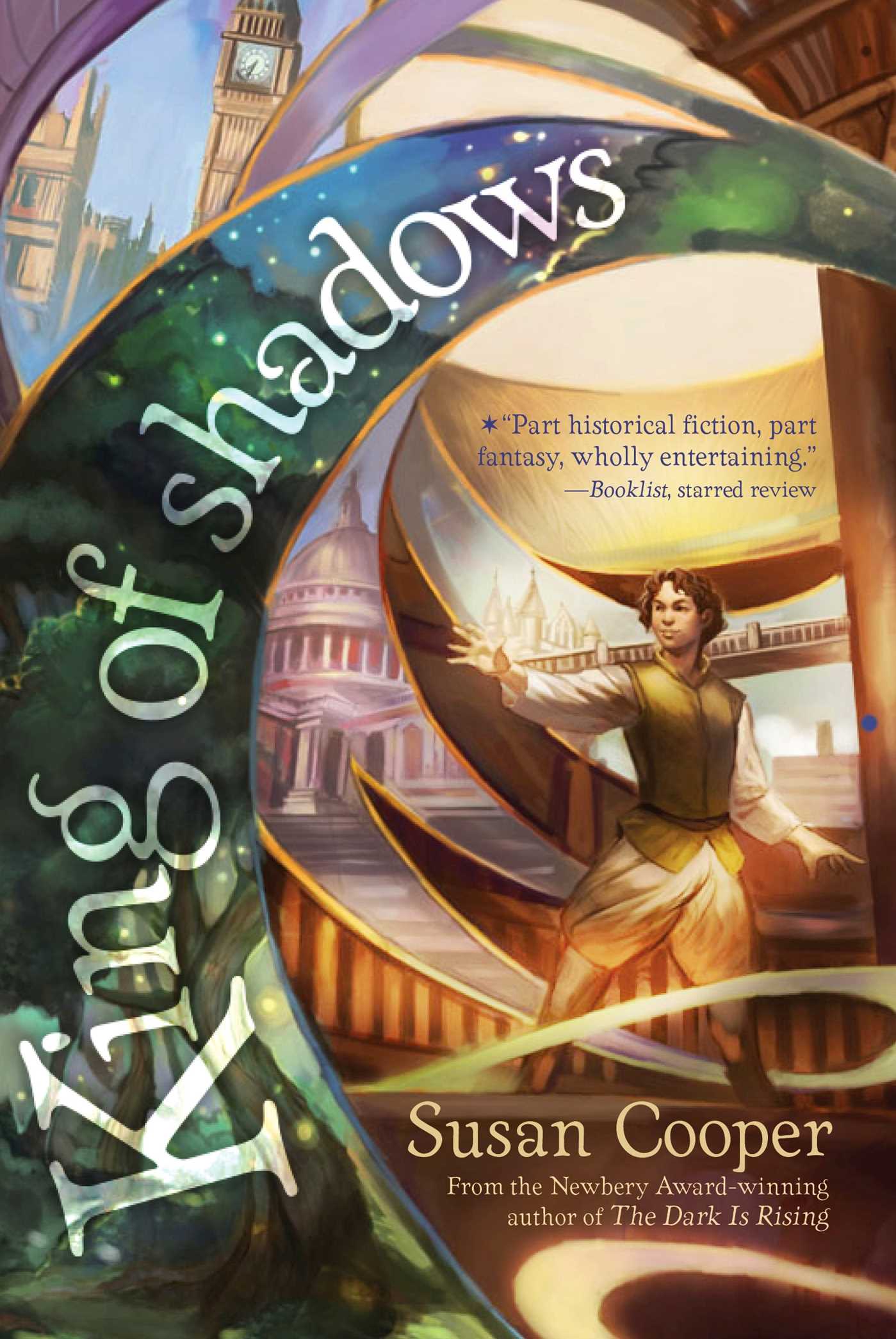 Only in the world of the theater can Nat Field find an escape from the tragedies that have shadowed his young life. So he is thrilled when he is chosen to join an American drama troupe traveling to London to perform A Midsummer Night's Dream in a new replica of the famous Globe theater.
Shortly after arriving in England, Nat goes to bed ill and awakens transported back in time four hundred years -- to another London, and another production of A Midsummer Night's Dream. Amid the bustle and excitement of an Elizabethan theatrical production, Nat finds the warm, nurturing father figure missing from his life -- in none other than William Shakespeare himself. Does Nat have to remain trapped in the past forever, or give up the friendship he's so longed for in his own time?

Susan Cooper is one of our foremost children’s authors; her classic five-book fantasy sequence The Dark Is Rising has sold millions of copies worldwide. Her many books have won the Newbery Medal, a Newbery Honor, and the Boston Globe-Horn Book Award, and been shortlisted five times for the Carnegie Medal. She combines fantasy with history in Victory (a Washington Post Top Ten for Children novel), King of Shadows and Ghost Hawk, and her magical The Boggart and the Monster, second in a trilogy, won the Scottish Arts Council’s Children’s Book Award. Susan Cooper lives on a saltmarsh island in Massachusetts, and you can visit her online at TheLostLand.com.

*"Readers will be swept up in Nat's detailed, sensory-filled observations of life in Shakespeare's time...[The] overall shape of the novel, with its finely drawn connections between Nat's story and A Midsummer Night's Dream, is superb."

*"Readers...will revel in the hurly-burly of rehearsals and the performance before the queen, the near discoveries, the company rivalries, and some neatly drawn parallels."

"A dramatic and sensory feast."

“In her portrayal of Shakespeare Cooper has created a superhero…[she] entertains her contemporary readers while giving them a first-rate theatrical education.”

SEE ALL
See more by Susan Cooper
Thank you for signing up, fellow book lover!