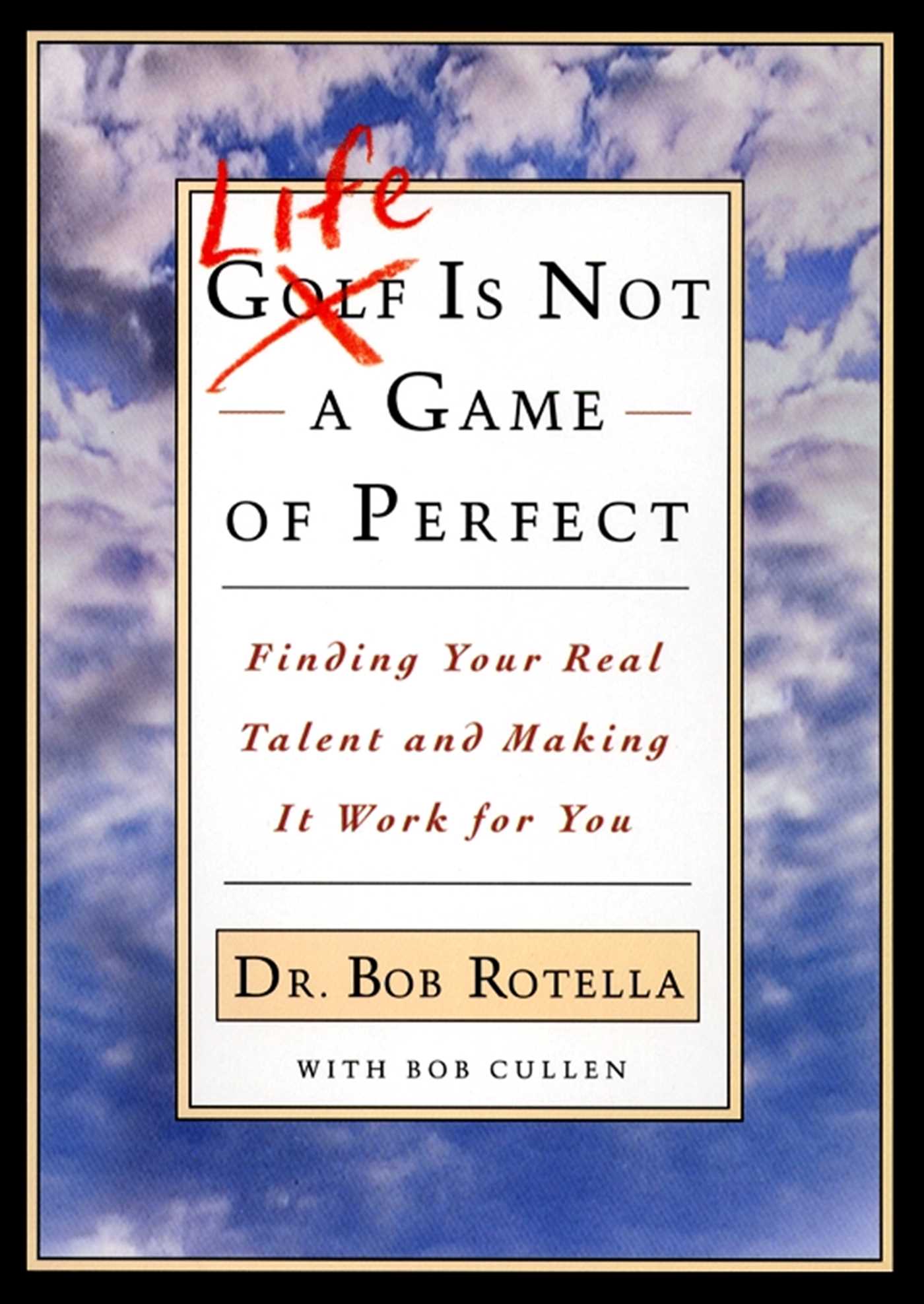 Life is Not a Game of Perfect

Finding Your Real Talent and Making It Work for You

By Bob Rotella
With Bob Cullen
LIST PRICE $18.99
PRICE MAY VARY BY RETAILER

Most people think talent is genetically determined. Either you can sing or you can't. You get calculus or it's beyond you. You have what it takes to succeed -- or you don't.
The truth about human performance is far more encouraging, says Dr. Bob Rotella in Life Is Not a Game of Perfect. Dr. Rotella, the bestselling author of Golf Is Not a Game of Perfect and Golf Is a Game of Confidence, believes that talent, as conventionally defined and measured, plays a secondary role in determining one's fate. Far more important is real talent, a combination of character, attitude, and devotion, which makes greatness possible. And the good news is that anyone can develop real talent.
As always, Dr. Bob Rotella speaks from experience. He has made a career of helping people chase and catch their dreams. His authority as a sports psychologist is well known. Golfers from Tom Kite to David Duval to Pat Bradley have relied on him to help them break through to triumphs on the PGA Tour. But Bob Rotella's practice extends beyond the sports world. He is a consultant on performance enhancement to leading businesses such as Merrill Lynch, General Electric, and PepsiCo. He has worked with successful people in businesses ranging from law to entertainment.
From hundreds of clients and countless students, Dr. Bob Rotella has learned what works. In Life Is Not a Game of Perfect, he shares what he has learned and what he teaches his clients. Real talent, he explains, is "brilliance of a different sort." It is the nerve to choose a career doing something you love or the ability to learn to love what you do. It is courage, persistence, and determination. It is the ability to handle failure and honor commitments.
Whether you think so or not, real talent is within your grasp. In Life Is Not a Game of Perfect, Dr. Bob Rotella will help you make it a decisive element in your life. He can show you how to identify and cultivate the qualities that lead to success, prosperity, and happiness.

Chapter One: Brilliance of a Different Sort
Most of us think we know what talent is.
We hear a soprano hit and hold a clear, high C and we think she's talented. We see a basketball player soar above the defense, turn in the air, and jam the ball through the hoop for two points. We think he's talented. We see a skinny kid in the front row of a math class who effortlessly glides through calculus and scores an 800 on the SAT test. We think he's talented.
Talent, we think, is something granted or withheld by fate. It's in our genes or it's not in our genes. It's speed and leaping ability. It's a lyrical voice. It's a facile mastery of calculus. And we think that talent, defined in this way, by and large determines an individual's ability to succeed.
Television and the press reinforce this notion. They glorify the precocious, natural achievers and make it seem as if they live on a mountaintop high above the valley in which the rest of the world plods along.
I don't dispute that the soprano, the math whiz, and the slam-dunk artist have talent as talent is conventionally defined.
But in twenty-five years as a psychologist, working with people who want to succeed in fields ranging from golf to finance, I've learned that this conventional talent, while important and helpful, is not sufficient to make an individual successful. In many cases, it's not even necessary. I've learned that other abilities and qualities, traits of character less easily observed than physical gifts or test scores, do lead to success. These traits are brilliance of a different sort. They comprise what I call real talent.
This book is about real talent. It's a book of good news, because unlike the talent to hit high C or execute the tomahawk slam, real talent doesn't depend on your genes. Real talent is something anyone can develop. 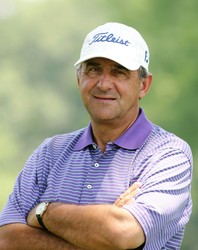 Dr. Bob Rotella is the bestselling author of a dozen books, including Golf Is Not a Game of Perfect, The Unstoppable Golfer, and How Champions Think. He was the director of sport psychology for twenty years at the University of Virginia, where his reputation grew as the expert champions talked to him about the mental aspects of their game. Rotella was a consultant multiple times to the United States Ryder Cup Team. His golf client list includes Hall of Famers Pat Bradley, Tom Kite, Davis Love III, and Nick Price, as well as many of today’s stars, such as Justin Thomas, Darren Clarke, Jim Furyk, Padraig Harrington, Brad Faxon, and Rory McIlroy. A long-time consultant to Golf Digest, he lives in Virginia with his wife, Darlene.

Gary Gersh CEO, Capitol and Blue Note Records I called Dr. Bob after continually reading how numerous golfers whom I respected had worked with him to reach new levels of success. What I learned from Doc was that my goal of becoming a better golfer would actually unlock a better person. I now relate his teachings to all aspects of my business and it continues to reap rewards on a daily basis.

Patrick J. Walsh Senior V.P., Group Employee Services, Merrill Lynch Bob Rotella's official title is Sports Psychologist, but he is really in the business of performance enhancement. His teaching and philosophy transcend the sports arena and are applicable to every aspect of a successful person's life.

Tom Cousins CEO, Cousins Property Incorporated We all have far more real talent than most of us realize. We lock it away within ourselves. Bob Rotella shows us how to liberate it, to put it to work in our lives so we can get the most out of ourselves and give the give the most to those around us.

Bernie Butler President, Pizza Huts of Eastern North Carolina After reading Bob Rotella's books and attending several of his seminars, I've become his fan, friend, and disciple. His seminars about positive thinking in golf inspire similar thinking in business. We can apply to business the sports-related attitudes about winning, positive thinking, and opportunity. These attitudes breed the same success in both sports and business.

Tom Scott Co-President, Nantucket Nectars We all have the ability to succeed -- we're born with it. Too often, that ability is hidden behind fear and misplaced reliance on traditional theories and paths. Doctor Bob teaches us how to re-find that ability and how to use it. I apply it to work, to sports -- to all aspects of life.

Life is Not a Game of Perfect

Finding Your Real Talent and Making It Work for You

By Bob Rotella
With Bob Cullen
LIST PRICE $18.99
PRICE MAY VARY BY RETAILER