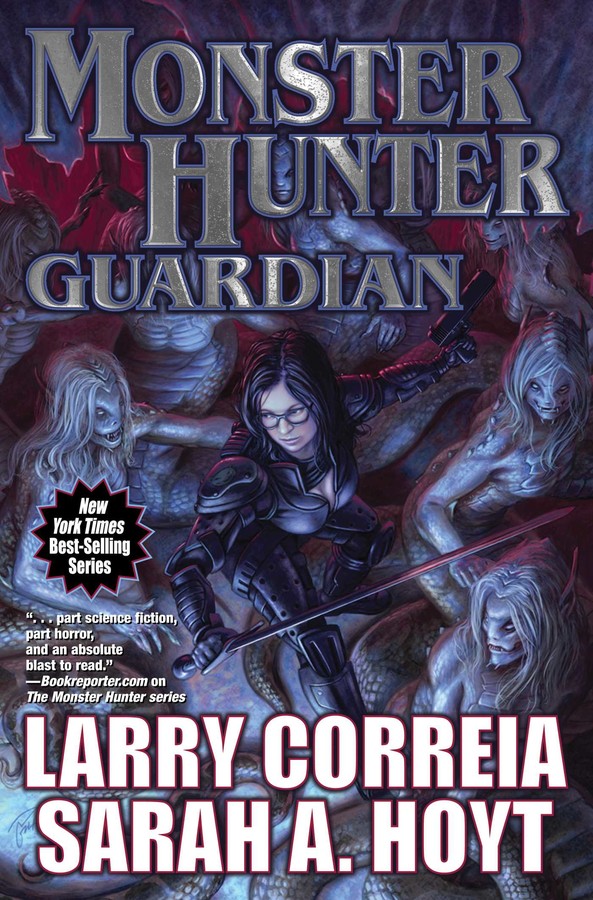 Book #8 of Monster Hunter
By Larry Correia and Sarah A. Hoyt
Published by Baen
Distributed by Simon & Schuster

Book #8 of Monster Hunter
By Larry Correia and Sarah A. Hoyt
Published by Baen
Distributed by Simon & Schuster