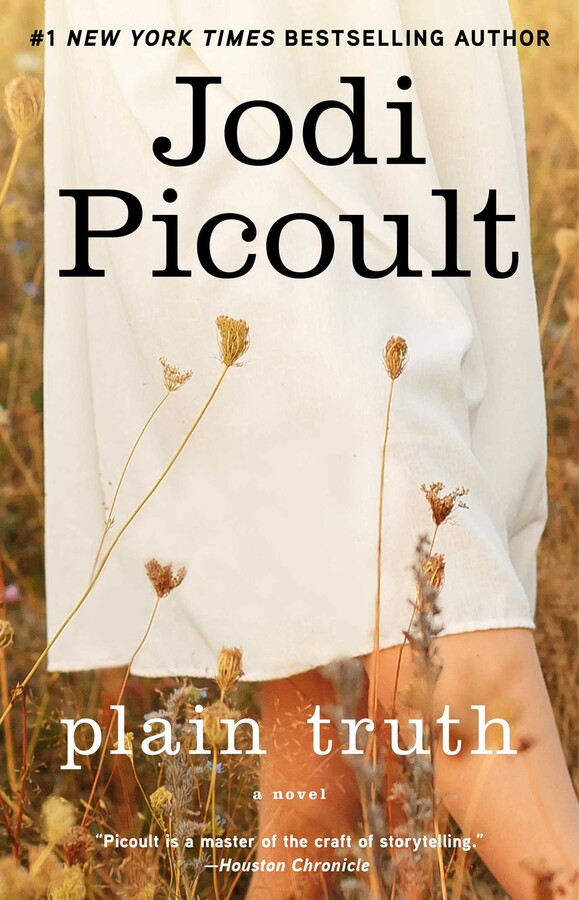 By Jodi Picoult
LIST PRICE $12.99
PRICE MAY VARY BY RETAILER

Jodi Picoult has touched readers deeply with her acclaimed novels, such as Keeping Faith and The Pact. Gifted with "a remarkable ability to make us share her characters' feelings" (People), Picoult now explores the complex choices of the heart for a young Amish woman -- the compelling journey of discovery for an urban lawyer who befriends and protects her.
The small town of Paradise, Pennsylvania, is a jewel in Lancaster County -- known for its picture-postcard landscapes and bucolic lifestyle. But that peace is shattered by the discovery of a dead infant in the barn of an Amish farmer. A police investigation quickly leads to two startling disclosures: the newborn's mother is an unmarried Amish woman, eighteen-year-old Katie Fisher. And the infant did not die of natural causes. Although Katie denies the medical proof that she gave birth to the child, circumstantial evidence leads to her arrest for the murder of her baby.
One hundred miles away, Philadelphia defense attorney Ellie Hathaway has achieved an enviable, high-profile career. But her latest court "victory" has set the sands shifting beneath her. Single at thirty-nine and unsatisfied with her relationship, Ellie doesn't look back when she turns down her chance to make partner and takes off for an open-ended stay at her great-aunt's home in Paradise.
Fate brings her to Katie Fisher. Suddenly, Ellie sees the chance to defend a client who truly needs her, not just one who can afford her. But taking on this case challenges Ellie in more ways than one. She finds herself not only in a clash of wills with a client who does not want to be defended but also in a clash of cultures with a people whose channels of justice are markedly different from her own.
Immersing herself in Katie Fisher's life -- and in a world founded on faith, humility, duty, and honesty -- Ellie begins to understand the pressures and sacrifices of those who to live "plain." As she peels away the layers of fact and fantasy, Ellie calls on an old friend for guidance. Now, just as this man from Ellie's past reenters her life, she must uncover the truth about a complex case, a tragic loss, the bonds of love -- and her own deepest fears and desires.
Moving seamlessly from psychological drama to courtroom suspense, Plain Truth is a triumph of contemporary storytelling. Jodi Picoult presents a fascinating portrait of Amish life rarely witnessed by those outside the faith -- and discovers a place where circumstances are not always what they seem, where love meets falsehood, and where relationships grow strong enough to span two worlds.

By clicking 'Sign me up' I acknowledge that I have read and agree to the privacy policy and terms of use. Free ebook offer available to NEW CA subscribers only. Offer redeemable at Simon & Schuster's ebook fulfillment partner. Must redeem within 90 days. See full terms and conditions and this month's choices.
1.      Katie lies immediately when asked about her pregnancy. Is this surprising? Would you expect automatic honesty from someone raised in a similarly conservative religious environment? What about Katie’s upbringing might have conditioned her to lie reflexively, even in the face of undeniable evidence?

2.      Consider the play on words in the title. Is there one kind of truth in the book – a “plain truth” that covers everyone in all situations? Or is there “plain truth” and then “’Plain’ truth” – a kind of truth that applies to Katie and her community, but not to the outside world?

3.      Why does Katie admit “a sin of the flesh” (p. 166) to the congregation while refusing to admit sex, pregnancy, or birth to Ellie? Do you understand? Do you agree with her logic?

4.      Jacob tells Ellie that the Amish faith is on trial. Is this true? Jacob believes that Katie could not commit murder because “she’s Amish through and through” (p. 172.) Ellie sees the value of this as a defense theory (p. 252). Do you think this is true? What about Sarah? How did Sarah’s beliefs affect her actions?

5.      Aaron tells himself, “Babies get taken away from their mothers all time.” Who is he thinking of? What is he justifying? Did you believe that Aaron killed the infant? Does it speak to Ellie’s early incredulity that a mother could kill her child? Would it be easier to accuse or find guilty a man in infanticide than a woman? Why?

6.      Dr. Polacci describes the characteristics of women most likely to commit neonaticide. How does Katie fit within this pattern? How is she different? Dr. Polacci mentions Far East cultures to compare them with what is familiar to Ellie. Is Amish culture also so different from mainstream American culture?

7.      Think of what an insanity defense means: the suspect did not know right from wrong at the time of the crime. With the pervasiveness of Katie’s religion in her life, who could the prosecution have argued against this. Does Katie understand what the plea means when she tries to show Ellie that she’s not “crazy”?

8.      Can you reconcile Katie’s feelings for Adam with her feelings for Samuel? Do you think she cares for Samuel only out of an obligation? If she truly cares for him, why would she become involved with Adam?

9.      How are Katie and Ellie alike in their love lives? Is Katie’s relationship with Samuel like Ellie’s relationship to Steven? What about Katie’s reaction after making love to Adam? In that scene, how is she like Ellie? In the end, how are the women’s decisions different or similar?

10.  Katie’s place in the community is of paramount importance to her, despite her relationship with Adam. This is evident from her confession at church and her insistence that she take the stand to tell the truth at trial (p. 238). But remember earlier that Katie also said that she would be willing to confess to something she didn’t do to the bishop if he expected her too. Why might she be willing to tell that lie but refuse to let Ellie present defense theories of insanity?

11.  Consider the scene between Ellie and Sarah (p. 263). Sarah’s crisis is over the loss of her children and not being able to “fix it” for Ellie. Consider these emotions in light of her actions. Could she have not only prevented the problems, but corrected the once she had begun them? How else could she have responded to Katie’s pregnancy and delivery if she wanted to “fix it”?

12.  Do you agree with Coop’s explanation for Katie’s response to her pregnancy on page 338?

13.  Like Sarah, Katie takes guilt upon herself for failing the people who love her. Is this a by-product of devoting oneself to be a part of a community?

14.  Katie feels that she killed her baby because she contracted listeriosis and passed it to him during pregnancy. How is Katie’s guilt over the listeriosis like Sarah’s guilt over not being able to “fix it” for Katie?

15.  How do you feel about Katie’s punishment? Did you think it was fair? What about after Sarah’s revelation to Ellie?

16.  What kind of person is Sarah? Was she acting in Katie’s interests, or out of her own interest to keep from losing a third child? How does her revelation change your appreciation for the other characters in the story?

"Picoult is a master of the craft of storytelling."

By Jodi Picoult
LIST PRICE $12.99
PRICE MAY VARY BY RETAILER