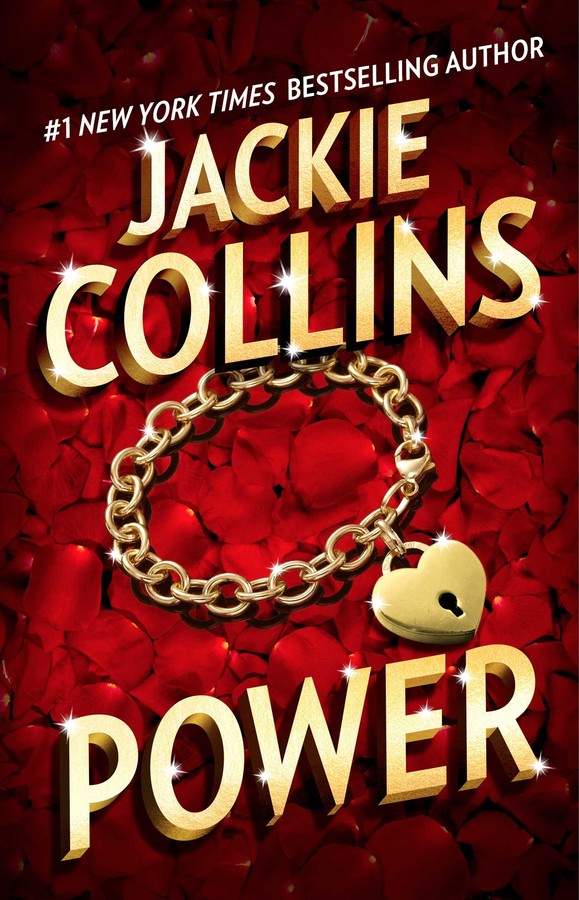 The first installment in the sexy, thrilling four-part L.A. Connections miniseries, a behind-the-curtains peek into the exclusive mansions of Hollywood where the city's most powerful players willingly risk it all for love, lust, and murder, from New York Times bestselling author Jackie Collins, now ebook standalone novellas at an unbeatable price!

Power chapter 1
MADISON CASTELLI DID NOT PARTICULARLY enjoy covering Hollywood stories. Lifestyles of the rich and decadent was not her thing—which is exactly why her editor, Victor Simons, had insisted she was the right person for the assignment. “You’re not into all that Hollywood bullshit,” he’d said. “You don’t want anything from the so-called power elite, which makes you the perfect journalist to get me the real inside story on Mr. Super-Power, Freddie Leon. Besides, you’re beautiful, so he’ll pay attention.”

Ha! Madison thought ruefully as she boarded an American Airlines flight to L.A. I’m so beautiful that three months ago, David, my live-in love of two years, went out for a pack of cigarettes and never came back.

What he did do was leave her a cowardly note all about how he couldn’t deal with commitment and would never be able to make her happy. Five weeks later she’d found out he’d married his childhood sweetheart—a vapid blonde with huge boobs and a serious overbite.

So much for avoiding commitment.

Madison was twenty-nine years old and extremely attractive, although she played her good looks down by wearing functional clothes and barely any makeup. But try as she might, nothing could disguise her almond-shaped eyes, sharply defined cheekbones, seductive lips, smooth olive skin, and black unruly hair she usually wore pulled back in a severe ponytail. Not to mention her lithe, five-foot-eight-inch body, with full breasts, narrow waist and long dancer’s legs.

Madison did not consider herself beautiful. Her idea of good looks was her mother, Stella—a statuesque blonde whose dreamy eyes and quivering lips reminded most people of Marilyn Monroe.

Looks-wise, Madison took after her father, Michael, the best-looking fifty-eight-year-old in Connecticut. She’d also inherited his steely determination and undeniable charm—two admirable qualities that had not hindered her rise to success as a well-respected writer of revealing profiles of the rich, notorious and powerful.

Madison loved what she did—going for the right angle, discovering the hidden secrets of people in the public eye. Politicians and super-rich business tycoons were her favorite interviews. Movie stars, sports personalities and Hollywood moguls were low on her list. She didn’t regard herself as a killer, although she did write with searing honesty, sometimes upsetting the people she wrote about, who were usually sheltered in an all-enveloping cocoon of protective P.R.

Too bad if they didn’t like it; she was merely telling the truth.

Settling into her first-class window seat, she glanced around the cabin, spotting Bo Deacon, a well-known TV host with an equally well-known drug habit. Bo did not look well; puffy-faced and slack-jawed, he still managed to come to life when the cameras rolled on his popular late-night talk show.

Madison hoped that the seat next to her would remain vacant, but it was not to be. At the last moment a breathy, busty blonde in a micro black leather dress was escorted aboard by two starstruck airline reps who practically carried her to her seat. Madison recognized the girl as Salli T. Turner, the current darling of the tabloids. Salli was the star of Teach!, a half-hour weekly TV sitcom in which she played a comely swimming teacher who visited a different glamorous mansion every week, causing havoc and saving lives—all the while dressed in a minuscule one-piece black rubber swimsuit, which only served to enhance her pneumatic breasts, twenty-inch waist and endless legs.

“Wow!” Salli exclaimed, collapsing into her seat and fluffing out her mane of blond curls. “Just made it!”

“What can I get you?” asked overeager airline rep number two.

Both men were bug-eyed, staring down her ample cleavage as if they’d never seen anything like it before. And they probably haven’t, Madison thought.

“Everything’s hunky-dory, guys,” Salli said, favoring them with a toothy grin. “My husband’s meeting me in L.A. If I’d missed the flight he would’ve been blue-assed pissed!”

“I can believe that,” said airline rep number one, eyes still bugging.

Madison buried her head in Newsweek—the last thing she needed was a conversation with this airhead. She vaguely heard the flight attendant asking the men to leave so they could prepare for takeoff; then, shortly after, the big plane began taxiing down the runway.

Carefully Madison prised the girl’s fingers off her arm. “Close your eyes, take a deep breath and slowly count to a hundred,” she advised. “I’ll let you know when we’re airborne.”

“Gee, thanks,” Salli said gratefully. “Didn’t think of doing that.”

Madison frowned. Clearly this was going to be a long flight. Why couldn’t she be stuck next to someone more interesting?

She folded her magazine and gazed out of the window as the plane took off. Unlike Salli, she loved flying. The sudden rush of speed, that exhilarating feeling of excitement when the wheels left the ground, the initial ascent—it always gave her a thrill, however many times she’d done it.

By the time she opened her eyes they were in the air. “Radical shit!” Salli exclaimed, turning to Madison. “You’re amazing!”

“Nothing to it,” Madison murmured.

Rescue arrived in the form of Bo Deacon, who came ambling over holding a glass of Scotch. “Salli, my darling!” he exclaimed. “You look absolutely edible.”

“Oh, hi Bo,” Salli said guilelessly. “Are you on this plane?”

Smart question, Madison thought wryly. It’s so nice to be traveling with intellectuals.

“Yeah, honey, I’m sitting over there,” he said, gesturing across the aisle. “Got some old bag next to me. Whyn’t we try getting her to trade places?”

Salli fluttered her long fake eyelashes. “How are your ratings going?” she asked, as if that would be the deciding factor on whether she changed seats or not.

“Hardly as hot as yours, babe,” he leered. “Whyn’t I go back and ask the old bag to move?”

“I’m kinda comfortable where I am,” Salli said.

“Don’t be silly,” Bo said. “We should sit together, that way we can talk about your next appearance on my show. Last time you were on we got better ratings than Howard.”

Salli giggled, pleased with the compliment. “I did Howard’s E! cable show in New York,” she said, small pink tongue licking her jammy lips. “He’s sooo rude, but cute with it.”

“Well, he is,” Salli said. “He’s kind of big and gangly, and he’s always talking about his little dick. My guess is he’s really got a whopper!”

Madison realized she was actually sitting next to a real live cliché—the definitive Hollywood blonde. If she recounted this exchange to any of her New York friends, they wouldn’t believe her.

“You know what?” Madison said, leaning forward, speaking directly to Bo. “If it’ll help out, I can change places with you.”

Bo noticed her for the first time. “Hey, little lady, that’s very sweet of you,” he said, putting on his voice that said “I’m a big star, but I can actually be nice to real people.”

“Little lady?” Was he kidding?

“On one condition,” Salli interrupted.

“I’ve got to sit next to this woman when we land. She’s the greatest. She got me through takeoff. She’s like some kind of, you know, magical medicine man.”

Bo raised an eyebrow. “Really?” he said, taking another look at Madison. “You one of those broads with special powers, honey? Maybe you should come on my show.”

“Thanks for the offer, Mr. Deacon,” Madison answered coolly. “I have a hunch you should stick with Max the chimp.”

Bo winked. “So you watch the show, huh?”

When I can’t sleep, she wanted to say. When I’ve seen every old movie, and Letterman and Leno are in repeats, and I’m absolutely desperate. “Sometimes,” she said, with a pleasant smile, gathering her things, getting up and moving across the aisle to Bo’s vacant seat.

The woman he’d referred to as an old bag was an attractive businesswoman in her forties diligently working on her laptop.

The woman raised her eyes. “The pleasure is all mine,” she said. “I actually thought I’d have to talk to him.”

Madison grinned. This was more her kind of traveling partner.

Jackie Collins has been called a “raunchy moralist” by the director Louis Malle and “Hollywood’s own Marcel Proust” by Vanity Fair. With over 500 million copies of her books sold in more than forty countries, and with thirty-two New York Times bestsellers to her credit, she is one of the world’s top-selling novelists. Six of her novels have been adapted for film or TV. Collins was awarded an OBE (Order of the British Empire) by the Queen of England in 2013 for her services to literature and charity. When accepting the honor she said to the Queen, “Not bad for a school drop-out”—a revelation capturing her belief that both passion and determination can lead to big dreams coming true. She lived in Beverly Hills where she had a front row seat to the lives she so accurately captured in her compulsive plotlines. She was a creative force, a trailblazer for women in fiction, and in her own words “a kick-ass writer!” Her fascinating life as a writer and icon is explored in the CNN Films documentary Lady Boss: The Jackie Collins Story.