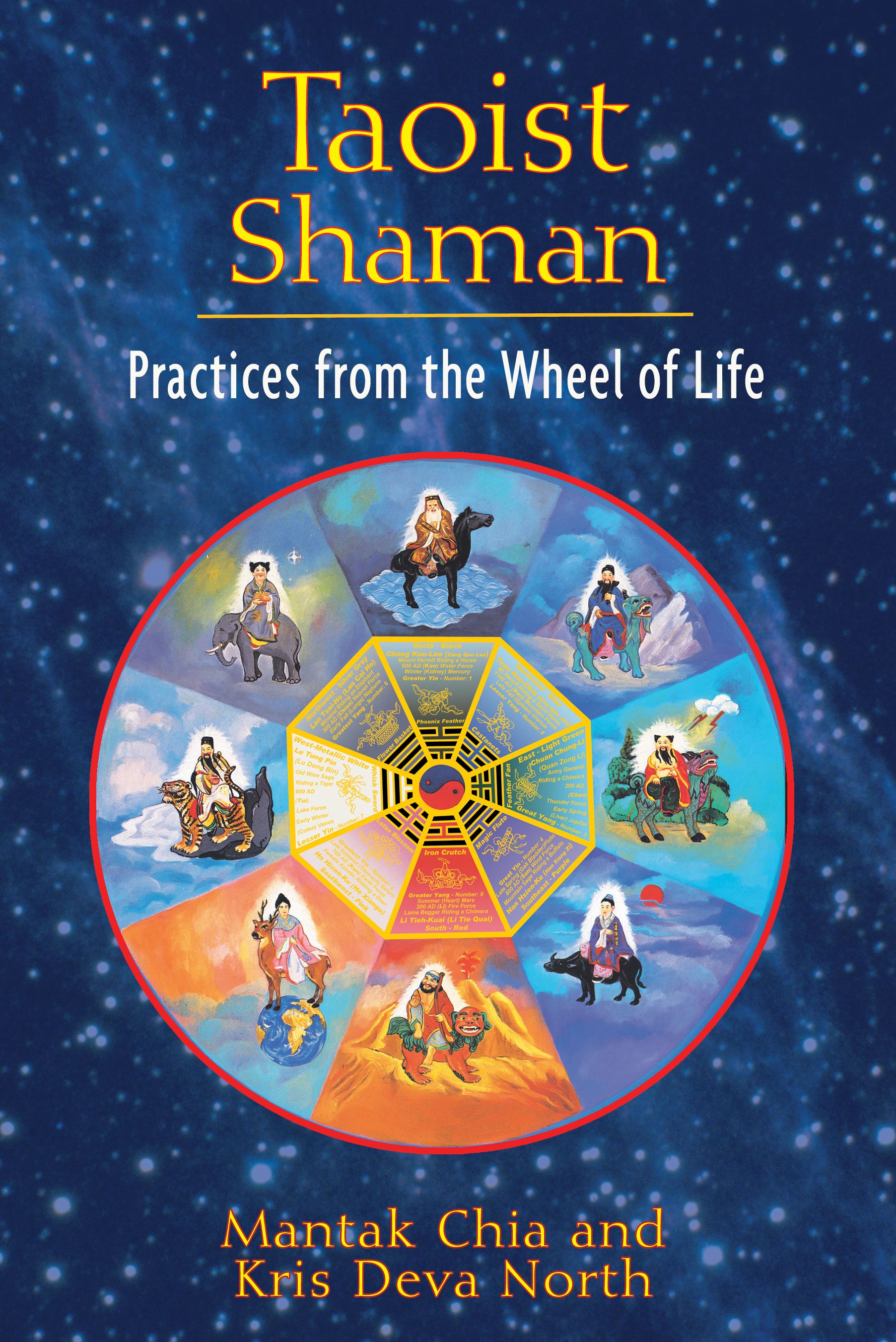 The shamanic roots of Taoist practice

• Explains the principles of the Taoist Medicine Wheel, including the Five Elements, the animals of the Chinese zodiac, and the trigrams of the I Ching

Thousands of years ago the immortals known as the Shining Ones shipwrecked on the Chinese coast. Passing their shamanic practices--such as ecstatic flight and how to find power animals and spirit guides--on to the indigenous people, they also taught them the wisdom of the Medicine Wheel. From the Taoist Medicine Wheel came the principles of Yin and Yang, the Five Elements, the Eight Forces, the Chinese zodiac, and the I Ching. The Taoist Medicine Wheel can also be found at the foundation of traditional Chinese medicine and the esoteric sexual practices of Taoist Alchemy.

In the Taoist Shaman, Master Mantak Chia and Kris Deva North explain the shamanic principles of the Taoist Medicine Wheel, how it is oriented on the Five Elements rather than the Four Directions, how it relates to the twelve animals of the Chinese zodiac and the trigrams of the I Ching, and how it aligns with the Eight Forces of the Pakua. Through illustrated teaching stories, the authors show how the energetic principles of each of the Eight Forces are reflected in the Eight Immortals. Revealing the wheel’s application to sacred sexuality, they offer exercises from the “Wheel of Love” to strengthen and deepen relationships as well as providing a means to access the Tao of Ecstasy.

The pakua originates in the pattern of the turtle or tortoise shell used in prehistoric shamanic divination. From this shape evolved the drum and circle walking symbolizing the change of seasons, from the early steps of the spring through blossoming summer, reaping life’s harvest to sustain us into the autumn of retirement and cold winter of death.

Using the pakua in a meditation practice is a way to focus energy. The pakua creates a vortex that enables the practitioner to collect, gather, and condense chi. This vortex of energy is used to not only create a strong connection within ourselves, but a harmonious relationship with all the forces of nature.

Han Hsien-Ku (Han Xiang Zi) was born in the eighth century AD, and was a nephew of the great Tang poet and scholar Han Yu. He studied and prepared for the state civil exams, but to the dismay of his uncle, he avoided taking them. He was an intelligent but wild child who disdained the pomp and vanity of the world.

Despite his expulsion from a Buddhist temple for rudeness and mischief, he delighted in stillness and obscurity. He was initiated into the secrets of Taoism by fellow Immortal Lu Tung-Pin while still a teenager, and quickly became absorbed in the practice of internal alchemy. He probed the mysteries of heaven and mastered the five phases (elements) of energy. The sacred knot on his robe is a symbol of his success in combining the two energies of yin and yang into the one original energy.

One time Lu Tung-Pin carried him up to a vantage point on the mythical World Tree in order to show him the universe. Han Hsien-Ku fell from the tree and was killed but quickly resurrected himself. He was very poor, but totally unconcerned about it for he was intoxicated with the love of the Tao. He performed wonderful feats and was able to foretell the future. He was able to make wine without grapes and flowers bloom in midwinter. One winter he magically grew a bunch of rose-peonies and on each petal were verses written in gold that foretold the fate of his uncle.

He is often depicted with a bouquet of flowers. He carries a flute on which he plays the Six Healing Sounds. He is shown mounted on a buffalo, a mythical beast symbolizing of the Taoist goddess Hsi Wang Mu, ruler of the West.

Chuan Chung-Li (Quan Zong Li) was born in the third century AD. During the Han Dynasty, he was an army general (Marshall of the Empire). After meeting an old man who taught him about the Tao, he left government service and went to the mountains, becoming a wanderer and a beggar. Once while he was meditating, the stone wall of his mountain dwelling crumbled exposing a jade box. The box contained secret meditation instructions on how to become an immortal. He followed the instructions, and one day his chamber was filled with rainbow clouds and celestial music. A crane arrived and carried him on its back into the regions of immortality.

After that he was able to wander among the heavens by himself. During a great famine he changed copper and pewter into gold and silver giving it to the poor, thus saving thousands of lives. He taught Lu Tung-Pin the secrets of Taoism after convincing him of the emptiness of life and persuaded him to join in his blissful life as a fellow immortal.

He is portrayed as bearded, and thinly clad. His hair is gathered in two coils on the sides of his head. His symbol is a fan, which he uses to revive and reincarnate the souls of the departed. More than 1,800 years old, he has often reappeared on Earth as a messenger of Heaven. He is mounted on a chimera, a mythical animal sacred to the Taoist goddess of Immortality, Hsi Wang Mu.

A student of several Taoist masters, Mantak Chia founded the Healing Tao System in North America in 1979 and developed it worldwide as European Tao Yoga and Universal Healing Tao. He has taught and certified tens of thousands of students and instructors from all over the world and tours the United States annually, giving workshops and lectures. He is the director of the Tao Garden Health Spa and the Universal Healing Tao training center in northern Thailand and is the author of 50 books, including Taoist Foreplay, Inner Smile, Cosmic Fusion, Sexual Reflexology, and the bestselling The Multi-Orgasmic Man.

Kris Deva North has been involved in Taoist practice since 1987. In 1993 he cofounded the Zen School of Shiatsu and London Tao Centre. He lives in London.

“Taoist Shamans is well worth considering for students of eastern philosophy and spirituality.”

“...the book shows Mantak Chia, and his co-author, Kris Deva North, further extending one of the most promising aspects of the contemporary world...the growing popularity and influence of authors like these, who seek to outline a common way forward that draws on the wisdom of diverse experiences, is an area of promise and hope.”