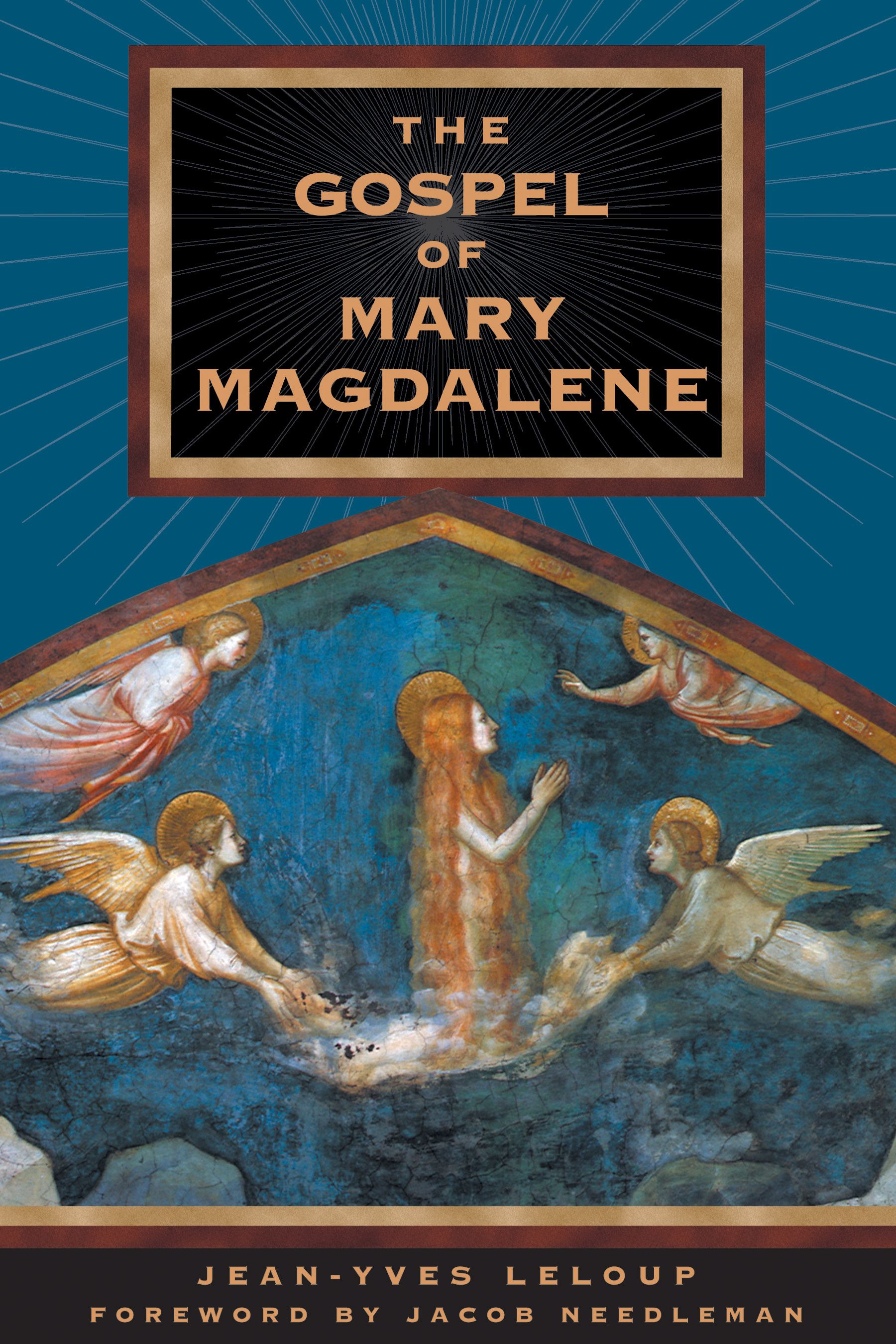 The Gospel of Mary Magdalene

• The first complete English-language translation of the original Coptic Gospel of Mary, with line-by-line commentary

• Reveals the eminence of the divine feminine in Christian thought

Perhaps no figure in biblical scholarship has been the subject of more controversy and debate than Mary Magdalene. Also known as Miriam of Magdala, Mary Magdalene was considered by the apostle John to be the founder of Christianity because she was the first witness to the Resurrection. In most theological studies she has been depicted as a reformed prostitute, the redeemed sinner who exemplifies Christ's mercy. Today's reader can ponder her role in the gospels of Philip, Thomas, Peter, and Bartholomew--the collection of what have come to be known as the Gnostic gospels rejected by the early Christian church. Mary's own gospel is among these, but until now it has remained unknown to the public at large.

Orthodox theologian Jean-Yves Leloup's translation of the Gospel of Mary from the Coptic and his thorough and profound commentary on this text are presented here for the first time in English. The gospel text and the spiritual exegesis of Leloup together reveal unique teachings that emphasize the eminence of the divine feminine and an abiding love of nature over the dualistic and ascetic interpretations of Christianity presented elsewhere. What emerges from this important source text and commentary is a renewal of the sacred feminine in the Western spiritual tradition and a new vision for Christian thought and faith throughout the world.

Although historians of early Christianity now have many gospels in their catalogues, those of Matthew, Mark, Luke, and John remain the best known. For most churches, they are still the only ones authorized to communicate to us the echoes and interpretations of the events and teachings that took place in Galilee and Judaea about twenty centuries ago.

The recent discovery in 1945 of the library of Nag Hammadi in Upper Egypt has enabled us to broaden our horizons and enrich our knowledge of certain aspects of Christianity that had previously been hidden or suppressed by the orthodoxies. The gospels contained in this library are written in the Sahidic Coptic language (the word Copt comes from the Arabic qibt, which in turn is a contraction of the Greek Aiguptos, or Egypt). Most of them are attributed to direct disciples of the Galilean rabbi Yeshua, considered by some to be the Messiah foretold by Hebraic scriptures, by others as a prophet or a teacher, and by still others as the universal Savior.

Today we are able to study these other gospels of Philip, Peter, Bartholomew, and most especially of Thomas, right alongside those of Matthew, Mark, Luke, and John. As with some other gospels that came later, it has been established that the Gospel of Thomas (Thomas being also the name of the evangelist of India whose tomb is believed to be in Madras) contains certain logia, or simple sayings, that are likely to be older than the revisions of the canonical texts, and may have been skillfully used by the editors of the latter.

Among these other gospels, which have recently become much better-known, there is one that does not seem to have attracted the attention it deserves from specialists and is still practically unknown to the public at large. It is the Gospel of Mary, attributed to Miriam of Magdala (Mary Magdalene). Because she was the first witness of the Resurrection, she was considered by the apostle John as the founder of Christianity, long before Paul and his vision on the road to Damascus.

By all apostolic accounts, Yeshua of Nazareth himself was certainly not a founder of any "ism," nor of any institution. He was the Annunciator, the Witness, and some would go so far as to say the Incarnation of the possible reign of the Spirit in the heart of this space-time, the manifestation of the Infinite in the very heart of our finitude, the voice of the Other within the speech of human-ness.

The Gospel of Mary comprises the first part of the so-called Berlin Papyrus. This manuscript was acquired in Cairo by C. Reinhardt, and has been preserved since 1896 in the Egyptology section of the national museum of Berlin. It probably came from the area of Akhmin, since it first appeared in an antique shop in that town. According to C. Schmidt, this copy was made in the early fifth century. The papyrological analysis of the manuscript was done by W. C. Till, following the work of C. Schmidt, and then corrected and completed by H. M. Schenke. The scribe wrote down twenty-one, twenty-two, or twenty-three lines per page, with each line containing an average of twenty-two or twenty-three letters. Several leaves are missing from the document: pages 1 to 6, and 11 to 14. This renders its interpretation particularly difficult.

Like the other writings in the Berlin Papyrus, and also like the Gospel of Thomas, the Gospel of Mary is written in Sahidic Coptic, with a number of dialectical borrowings. Several faulty transcriptions and other errors have been discerned in the writing.

As to the dating of the original text upon which the copy was based, it is interesting to note that there exists a Greek fragment, the Rylands papyrus 463, whose identity as the precursor of the Coptic text has been confirmed by Professor Carl Schmidt. This fragment comes from Oxyrhynchus and dates from the beginning of the third century. The first edition of the Gospel of Mary, however, would likely be older than this, that is, from sometime during the second century. W. C. Till places it around the year 150. Therefore it would seem, like the canonical gospels, to be one of the founding or primitive texts of Christianity.
Jean-Yves Leloup

Jean-Yves Leloup is a theologian and founder of the Institute of Other Civilization Studies and the International College of Therapists. His books include Jesus and Judas, The Sacred Embrace of Jesus and Mary, The Gospel of Mary Magdalene, The Gospel of Philip, and The Gospel of Thomas. He lives in France.

"The Gospel of Mary, taken with the inspired commentary by Jean-Yves Leloup, can help toward making the teaching of Jesus once again alive."

– Jacob Needleman, author of Lost Christianity and The American Soul

"Leloup's commentary presents a scholarly translation with an inspirational and passionate interpretation. . . . Going beyond the gospels to the laws of the Torah and the philosophical writings of Kant, the author at once discovers the truer meanings of an ancient text and a message as important today as it was two millennia ago."

– Steven Sora, author of The Lost Treasure of the Knights Templar

"Readers will welcome this perceptive translation of the Gnostic 'Gospel of Mary' and the insightful commentary by scholar-mystic Jean-Yves Leloup. The journey of the soul and other profound and subtle teachings of Jesus and his beloved Miriam will enlighten modern seekers."

– Margaret Starbird, author of The Woman with the Alabaster Jar

"One welcomes this solid telling of the story and meaning of a neglected text at the root of Christian wisdom, and of a neglected figure who had a special relationship both with the historical Jesus in his lifetime and with the Christ spirit after the death of Jesus."

" . . . the Magdalene's gospel might be embraced by contemporary seekers, both Christian and non-Christian."

"There are some fascinating glimpses at gender politics between the earliest followers of Jesus and the enigmatic personage of Mary Magdalene. Christians have come to think of her (with no basis in biblical fact) as the repentant prostitute, while to his followers she was the one Jesus loved 'differently from other women.'"

"He sets the record straight and provides ample commentary on where the historical records went astray."

"I love this gospel . . . it speaks such truth as the Church desperately needs in these times."

"The commentary by Professor LeLoup is beautifully done. He is indeed a scholar of the earth Church."

"Powerful, almost Taoist in range, this is an important book and should be read by anyone interested in Mary Magdalene or the early Church."

The Gospel of Mary Magdalene