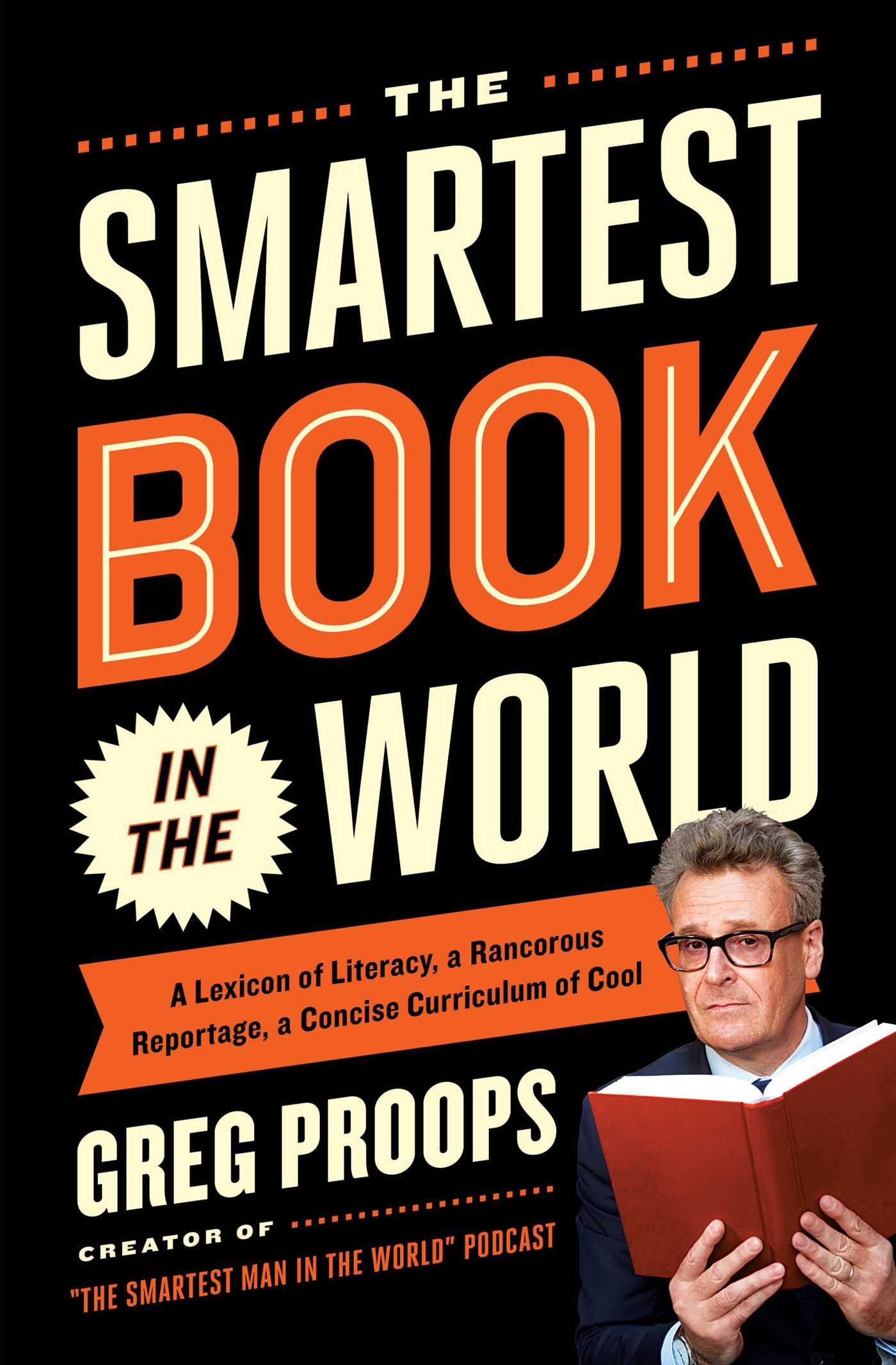 The Smartest Book in the World

A Lexicon of Literacy, A Rancorous Reportage, A Concise Curriculum of Cool

Greg Proops is an internationally renowned comedian, best known for starring on the hit improv-comedy show Whose Line Is It Anyway? and for his popular award-winning podcast, “The Smartest Man in the World,” which Rolling Stone called “some of the boldest comedy on the podcasting frontier right now.” But Proops is also a fountain of historical knowledge, a wealth of pop culture trivia, and a generally charming know-it-all.

The Smartest Book in the World is a rollicking reference guide to the most essential areas of knowledge in Proops’s universe, from history’s juiciest tales and curious backstories to the movies you must see and the albums you must hear. Full of eclectic and humorous knowledge, it is a concentrated collection and comic cultural dictionary of the essential Proops topics including poetry, proper punctuation, and Satchel Paige, all delivered with his signature style, making the full Proops experience complete.

So if you’re stuck wondering why Alexander was so Great (well, he did conquer the world), which cinema bombshell would be the best shortstop (Hedy Lamarr, of course), what great work of art would be the best to steal (not that you would), or the finest way to prepare vodka-flavored vodka (add vodka), don’t fret, pumpkin butter—The Smartest Book in the World has what you need right now. 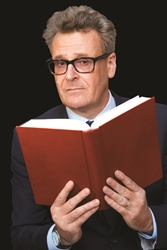 Greg Proops is a stand-up comic from San Francisco, best known for his unpredictable appearances on Whose Line Is It Anyway?, which is back on TV on the CW network. Mr. Proopdog has a chart-topping podcast called “The Smartest Man in the World,” which he has recorded live from around the world including Paris, London, Amsterdam, Oslo, New Zealand, Finland, Montreal, Brooklyn, San Francisco, Melbourne, Dublin, Edinburgh, Hollywood, a ship off St. Marten, and somehow, Cleveland. The podcast is available at Proopcast.com and on iTunes. Proops has been a voice actor in Star Wars: The Phantom Menace, The Nightmare Before Christmas, and played Bob in Bob the Builder. He has been a guest on @Midnight on Comedy Central, Red Eye, The Late, Late Show, and Chelsea Lately. He lives in Hollywood. It’s not that bad, really.

"Snarky history and piquant criticism as delivered by the smartass in the back of the classroom."

"It turns out Whose Line Is It Anyway? only hinted at its former in-house player Greg Proops' gift of gab, which is constantly on display in the weekly soliloquy he calls a "Proopscast." Armed with a lifetime of accumulated trivia, reckless tales of youthful adventure, exquisite diction, and an unflappable comic pomposity, Proops dissects both consequential and ridiculous news items while unburdening whatever is bothering him. From crowd interactions to any given newspaper headline, each bit of stimulus serves as a way to take a mad flume ride through the sluices of Proops' brain."

"Some of the boldest comedy on the podcasting frontier right now. Proops proved himself a keen improviser on Whose Line Is It Anyway?… but his performance there only hinted at how nimble he is."

– Rolling Stone on "The Smartest Man in the World" podcast

– New York Times on "The Smartest Man in the World" podcast

"This book is plenty glib, plenty sly, and pretty damn wise. It is also quick, funny, and, often, pointedly true."

“The Smartest Book in the World has a stream of consciousness; beat style that comes on as if it is was written Kerouac-style on one long, long roll of paper. But as Kerouac is both dead and not known for his sense of humor, wouldn’t you rather spend time on the road with Greg Proops any day?”

The Smartest Book in the World

A Lexicon of Literacy, A Rancorous Reportage, A Concise Curriculum of Cool