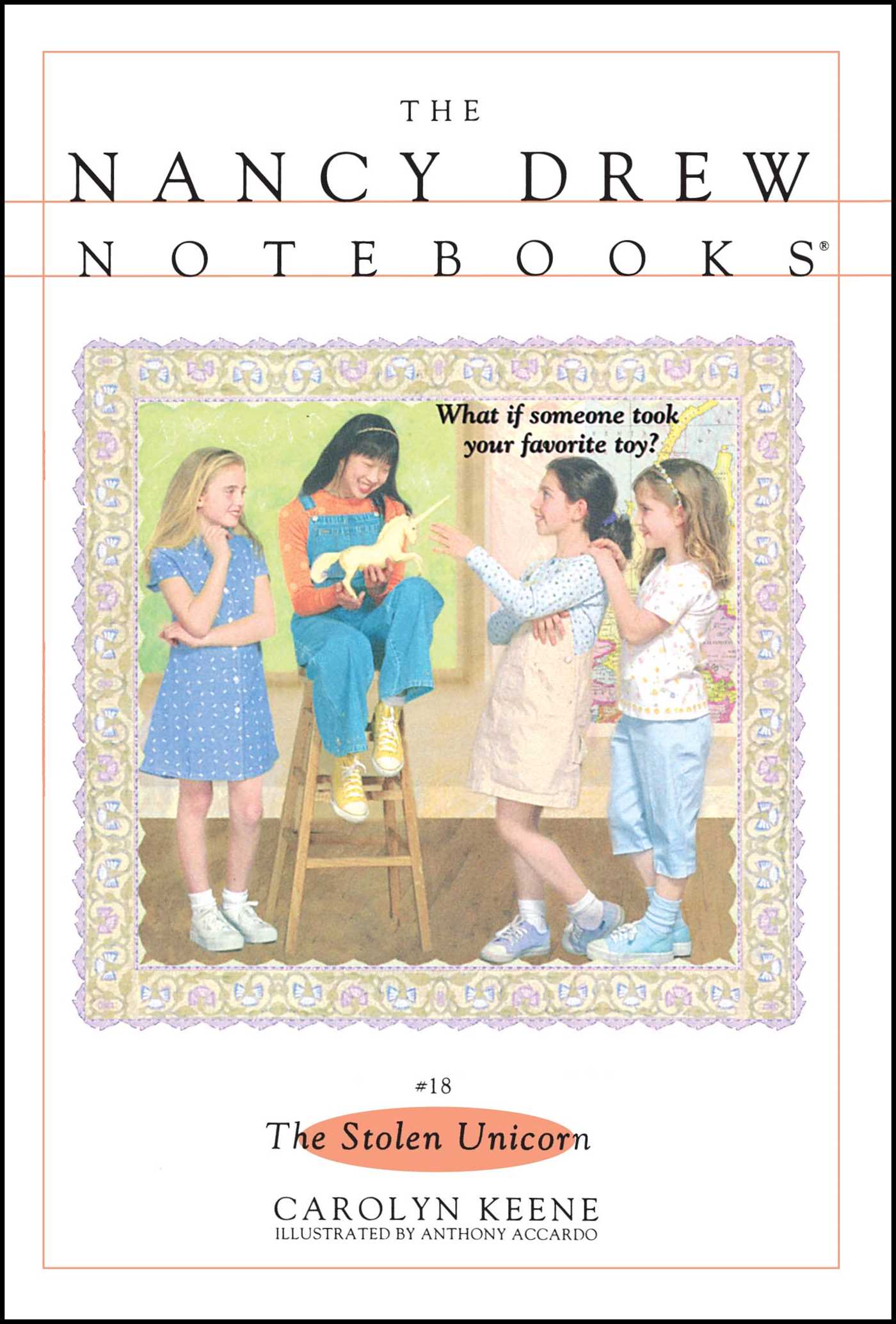 THE UNICORN DIDN'T JUST WALK AWAY. . . .
Mari Cheng is the new girl in Nancy's class. She's kind of shy and doesn't talk much. On show- and-tell day Mari has a big surprise and she's really excited. But when the day is over, she's really sad.
Mari brought in her special toy -- a beautiful unicorn with a silver mane -- and somebody stole it! Now what Mad needs most is a special friend to help her feel better -- and maybe find Silvermane. Someone like Nancy Drew!