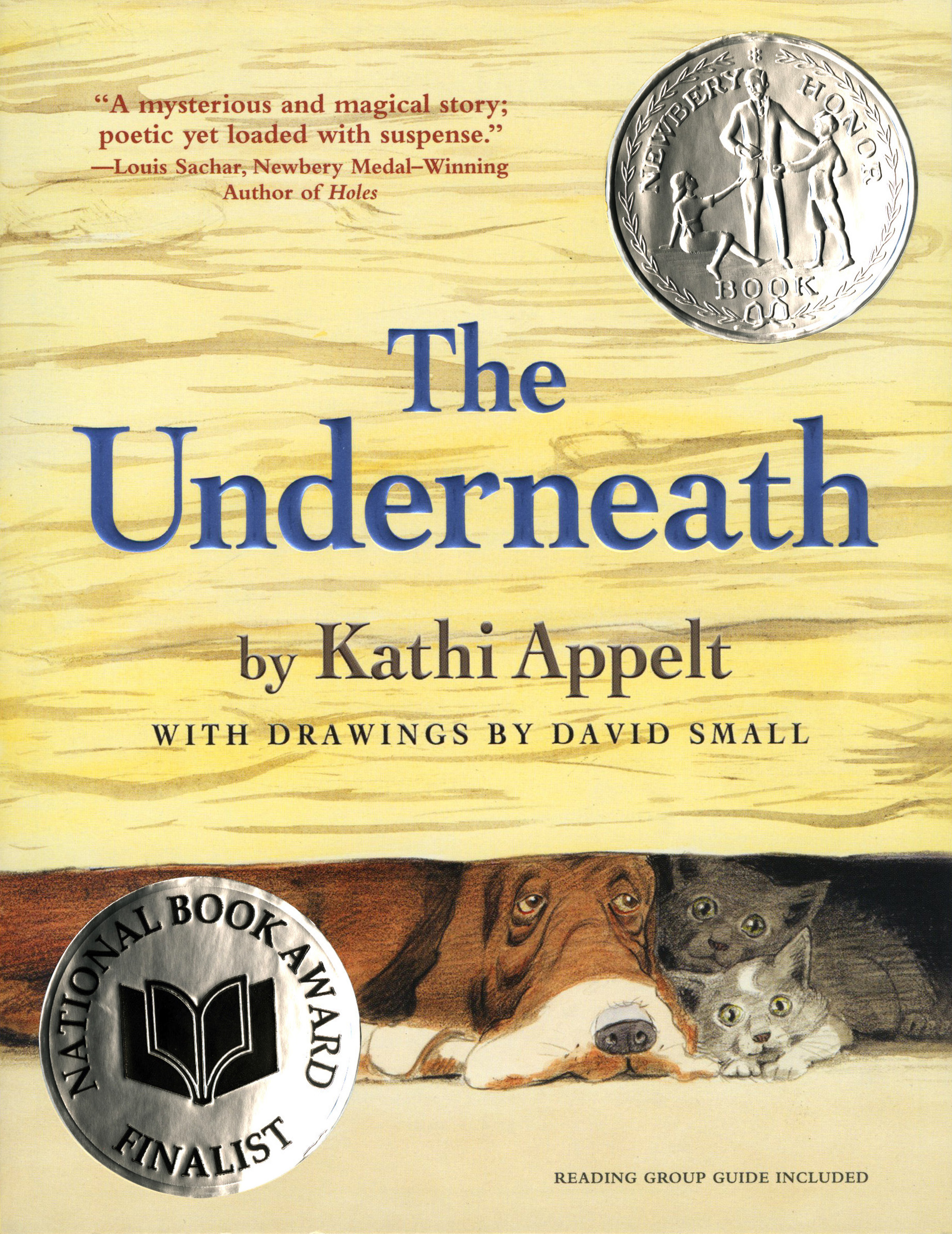 The Underneath
By Kathi Appelt
Read by Gabra Zackman

There is nothing lonelier than a cat who has been loved, at least for a while, and then abandoned on the side of the road.

A calico cat, about to have kittens, hears the lonely howl of a chained-up hound deep in the backwaters of the bayou. She dares to find him in the forest, and the hound dares to befriend this cat, this feline, this creature he is supposed to hate. They are an unlikely pair, about to become an unlikely family. Ranger urges the cat to hide underneath the porch, to raise her kittens there because Gar-Face, the man living inside the house, will surely use them as alligator bait should he find them. But they are safe in the Underneath...as long as they stay in the Underneath.

Kittens, however, are notoriously curious creatures. And one kitten’s one moment of curiosity sets off a chain of events that is astonishing, remarkable, and enormous in its meaning. For everyone who loves Sounder, Shiloh, and The Yearling, for everyone who loves the haunting beauty of writers such as Marjorie Kinnan Rawlings, Flannery O’Connor, and Carson McCullers, Kathi Appelt spins a harrowing yet keenly sweet tale about the power of love—and its opposite, hate—the fragility of happiness and the importance of making good on your promises. 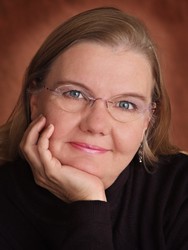 Kathi Appelt is the author of the Newbery Honoree, National Book Award finalist, and bestselling The Underneath as well as the National Book Award finalist The True Blue Scouts of Sugar Man Swamp, Maybe a Fox (with Alison McGhee), Keeper, and many picture books including Counting Crows and Max Attacks. She has two grown children and lives in College Station, Texas, with her husband. Visit her at KathiAppelt.com. 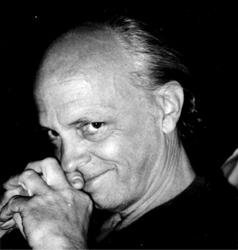 David Small is the Caldecott Award–winning illustrator of So You Want to Be President? by Judith St. George. He also received Caldecott Honors for The Gardener by Sarah Stewart and One Cool Friend by Toni Buzzeo. He’s illustrated dozens of other award-winning books, including That Book Woman by Heather Henson and The Underneath by Kathi Appelt, and lives in Michigan with his wife, Sarah Stewart.

"The Underneath is as enchanting as a hummingbird, as magical as the clouds." -- Cynthia Kadohata, Newbery Medal-winning author of Kira-Kira

"Rarely do I come across a book that makes me catch my breath, that reminds me why I wanted to be a writer -- to make of life something beautiful, something enduring. The Underneath is a book of ancient themes -- love and loss and betrayal and redemption -- woven together in language both timeless and spellbinding. A classic." -- Alison McGhee, author of the New York Times bestselling Someday