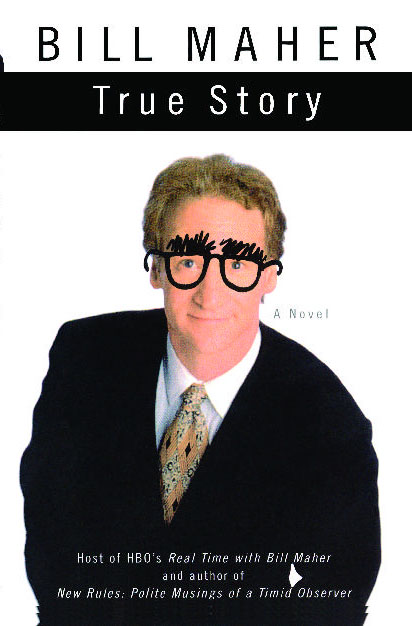 Bill Maher, the hilarious, irreverent star of the hit ABC talk show Politically Incorrect, is one of America's hottest comics. But like many of today's late-night humor kings, Maher began his career navigating New York City's seedy stand-up comedy circuit. He was there back in the Golden Age of comedy, when everybody wanted to be Eddie Murphy, and even the laundromat had its own open-mike night.

True Story is Maher's debut novel about the wild and crazy life of the stand-up comedian -- a bawdy, rowdy tell-all report from the front line.

Set in New York, circa 1979, in the late-night, neon-lit comedy clubs when the comedy boom was just heating up, True Story features five would-be comics, their shticks, their chicks, their rampant egos. These guys are desperate for celebrity, desperate for money, and -- what else? -- desperate to get laid. Which means they're also required to become "road comics," shacking up in low-rent condos provided by sleazy club owners as the comedy scene spreads to the heartland in the early '80s. The result is a hilariously funny novel about the peculiar world of stand-up, where the ultimate prizes are fame, fortune, and fornication -- and the ultimate aspiration is, quite simply, to be laughed at.

Dick, Shit, Fat, Chink, and Buck -- so stage-named for their specialty jokes -- can't begin to fathom the idea of a day job. Hey, they think, it might actually be possible to make a living from comedy! Their crises -- on stage, on the road, and with the ladies -- provide ideal set pieces for Maher's tongue-in-cheek riffs and observations. With perfect-pitch delivery, in classic sardonic style, Maher gives us a bona fide look at these resilient comedians and the scumbag promoters, hostile audiences, and die-hard groupies who make up their warped and twisted world.

Only Bill Maher could have written True Story. And lucky for us he did. Because True Story is hilarious. It's offensive. At times it's even touching. So sit back as Maher puts you stageside at the very birth of the comedy boom. You'll laugh in all the right places. Hey, it's a True Story. 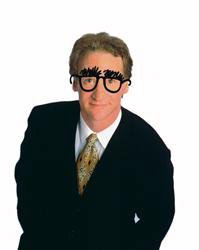 "Anyone considering a career in stand-up comedy should read this book, then consider something else, because all this great stuff is over."
-- Jerry Seinfeld

"One of the funniest novels since John Kennedy Toole's A Confederacy of Dunces."
-- Library Journal

"This is the novel I would have written about stand-up comedy if I was a sick egghead like Bill Maher."
-- Roseanne